The Dallas Art Fair seemed electric this year. For the hometown galleries like RO2 and And Now, and new additions Lehmann Maupin, Simon Lee Gallery, and Skarstedt Gallery, the chosen works were more relevant and riskier. There was more activation of Dallas’ various communities: young people and first-time fair-goers were interacting with what the fair had to offer. The Dallas Art Fair seems ready for growth, outstretching the two floor venue of downtown’s Fashion Industry Gallery. And, while the parties and social networking have stolen the show in years past, this iteration seemed to be more about the challenging programming. Painting still held steadfast in its frontrunner position, but new media, sculpture, and savvy installations from booths like L.A.’s Night Gallery and Guadalajara’s Paramo Gallery were noteworthy standouts. Berlin Art Link’s Dallas correspondent Lee Escobedo recaps his favorite booths and pieces from the 2017 Dallas Art Fair. 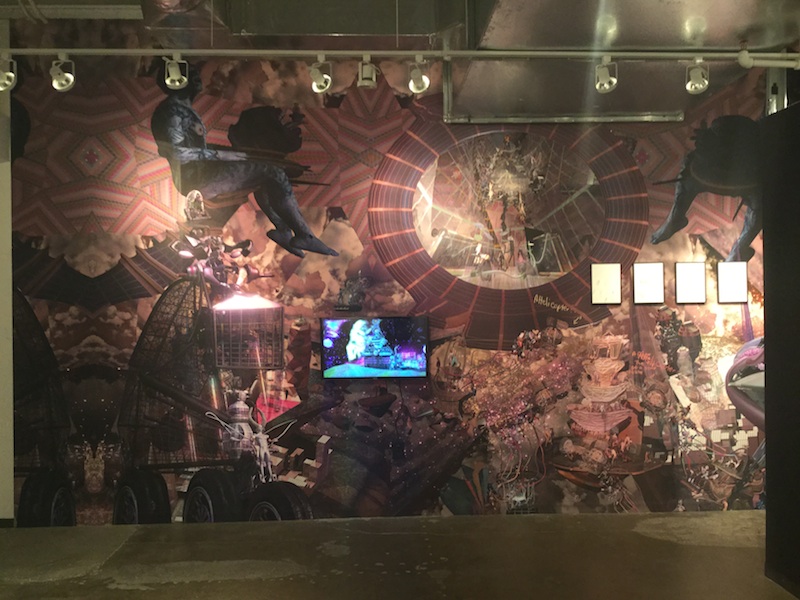 The home-run of the derby, Satterwhite’s wallpaper installation ‘Dallas Wallpaper’ and accompanying video piece, left the most emotional and intellectual after-effects. Satterwhite covered the west wall of the booth with a landscape scene from his virtual world, the club world floor of Hieronymus Bosch’s forgotten triptych. Queer, black, and fiercely free, Satterwhite’s many avatars explore, dominate, and dance their way through his digital SIMs-like realms, stopping for a vogue and a trick along the way. 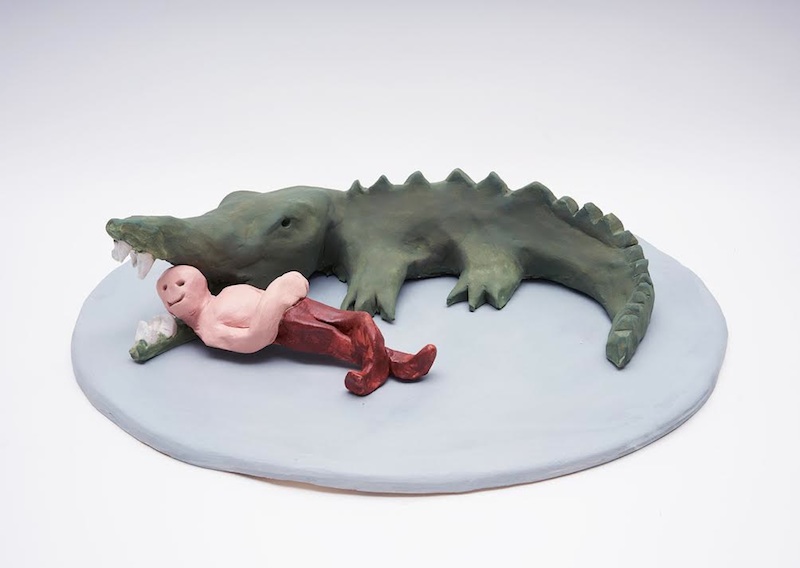 Olaf Breuning: ‘We Have Nature Under Control’, installation at Dallas Art Fair 2017 // Courtesy of Carbon 12 Gallery

CARBON 12
Olaf Breuning: ‘We Have Nature Under Control’

Carbon 12 is a favorite repeat gallery. This year it was impossible to walk by their booth and not notice, pause, and chuckle at the soft and violent sculptures of Olaf Breuning. Particularly, the piece titled, ‘We Have Nature Under Control’, featuring a smiling figure with its head laid inside an alligator’s sharp-toothed jowls. Poignant, considering that our planet is on a irrevocable path of destruction, yet we seem to be milling about in our daily hum-drum with a placid smile as if everything is “NBD”.

Much has been written on Alex Katz’s long career, and his fascination with his wife Ada as his muse. Yet, in a fair where abstraction and the surreal abound, the stark, deceptively simple portraiture of Katz added a necessary visual break. 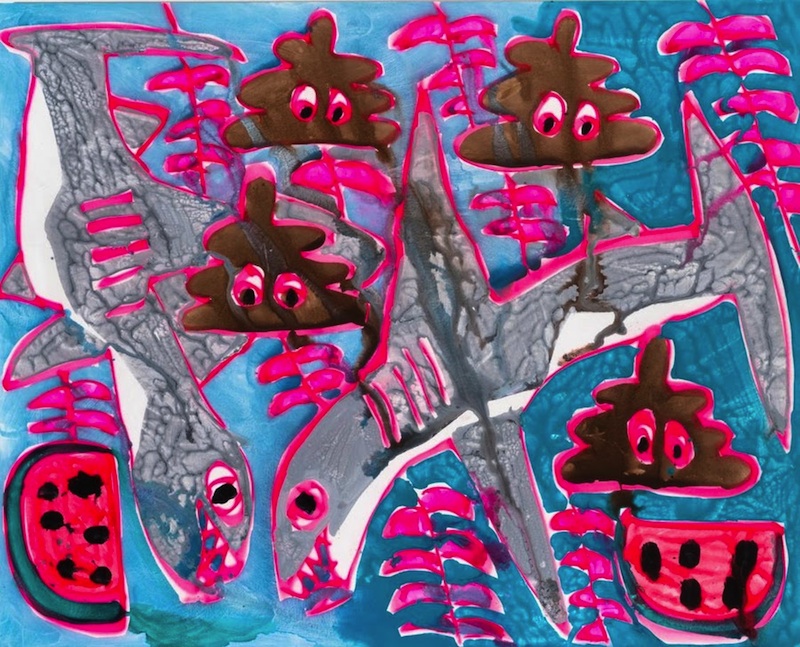 Katherine Bernhardt makes gorgeous, grotesque, fascinating paintings. She works in grand gestures, maximizing technique, layers, while knowing when to be subtle and ambiguous to keep things fresh, using smears and drips. The work of Bernhardt can be seen a few times throughout the fair, yet it is with ‘Surf Hawaii’ that she gives us a painting equal to our cannibalistic desire for paint: large swathes of pink, images of sharks, watermelons, and shit emojis conjure different iconography to tell us, unfortunately, “it’s not okay, but it’s gonna be alright, maybe.”

A laugh-out-loud favorite of this year’s fair, van Woert’s little piece for Grimm Gallery references meme culture and painting’s painfully competitive position within the art marketplace, sitting as a warning to passersby and future artists strolling the second floor of the space. The irony of its message, mixed with the nefarious meme culture of 4Chan and Reddit, adds a level of absurdity to the fair.

Bonnet’s figures are goofy, naive waifs with extraordinarily large, penis-shaped noses. They are also fragile characters, seemingly terrified of their surroundings, perhaps running towards some great revelation: arms bend and turn in every direction. Their porcelain, golden hair is suggestive of royalty, but their poses convey something else: an everyman looking into the mirror, trying to cure their loneliness.

Gagosian Gallery ended up not participating in the Dallas Art Fair, but it’s chosen artist, Piero Golia, did. His work provided a diversion from paintings and objects to chats and ideas. Golia’s work—as was the case in ‘Chalet’, his exhibition at The Nasher Sculpture Center in 2016—is funnelled through his site-specific installations. He creates a safe space of speech, but not of the socio-political ilk: more akin to the Black Lodge of Twin Peaks, a metaphysical room where you learn something new that you didn’t come to find out. Appearing with Golia again is the ‘Listener’: an artist named Maneesh who claims to be “Here to Listen, Here for you” and will engage on a variety of spiritual and existential topics. Listening is a welcome respite from the exhaustion of looking.