Swedish artist Olof Marsja has created a world in which ideas of process, self-improvement and evolution are presented in the form of sculpture and drawings, in his current exhibition ‘Fragments of a Giant’ at KASKL.

Marsja’s fun and playful mixed-media pieces imitate the fragmented limbs of a giant’s body. His use of the giant represents the idea that creation is effectively a form of enhancing some aspect of ourselves. Marsja looks at the relationship between building up this giant’s body and how, in turn, the artist sculpts their own body. The essence of his work can be compared to what is performed in the gym; bodies are being toned and built. Creating work improves the body in a similar way: while carrying, chopping and carving the wood, the artist is also perfecting their own body as well as creating a piece of artwork. 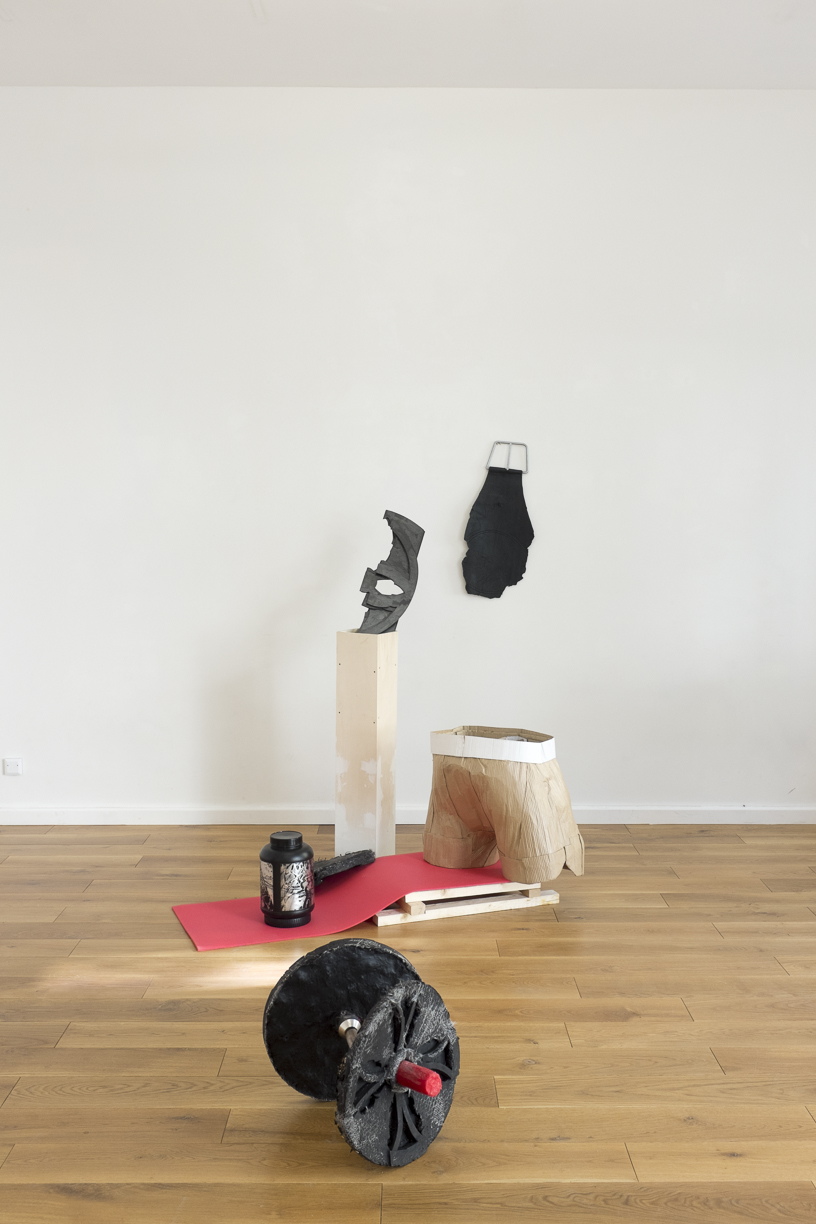 The development of this exhibition began with a simple idea: the effort that an artist puts into their work will be returned in some sort of emotional or physical transformation. In Marsja’s case, this is the physical sculpting of his own body while, at the same time, the input of his own emotional energy into the piece. Concepts of self-optimizing and improvement are heavily linked to the creation of the giant: an attempt to improve oneself and to see oneself in a magnified light, growing. The work could also be linked to the kind of identity crises that are all too common today. Marsja often makes reference to the gym and to the obsession that we have with perfecting ourselves.

His obsession with the exhausting and labour-intensive technique of wood carving is perhaps due to his cultural heritage. The artist was traditionally trained in Duodji, a craft of the Sami people, an indigenous group from the North of Sweden. He prefers to use physical labour even though advanced machines may be more practical in achieving his ideal piece. Nature and woodwork are crucial to the development of his work and he uses a variety of materials that are locally-sourced and relevant to his culture. 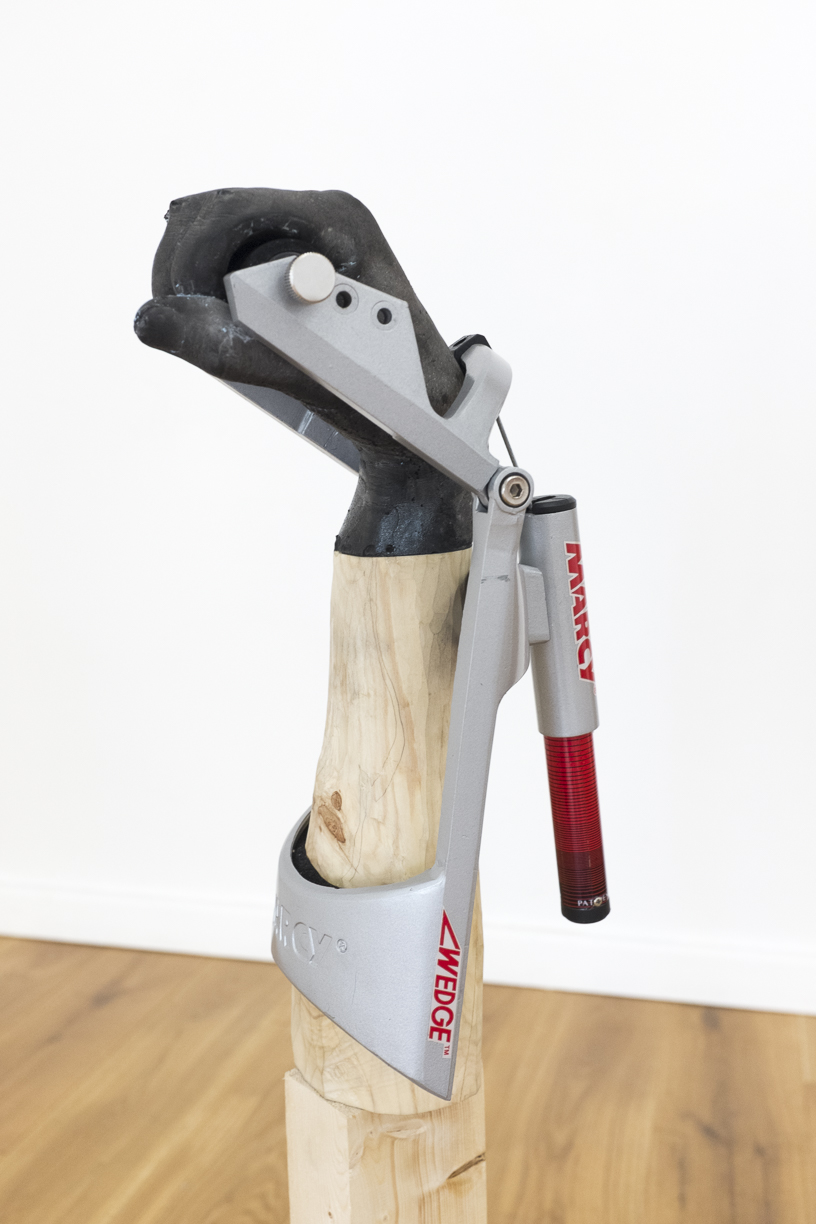 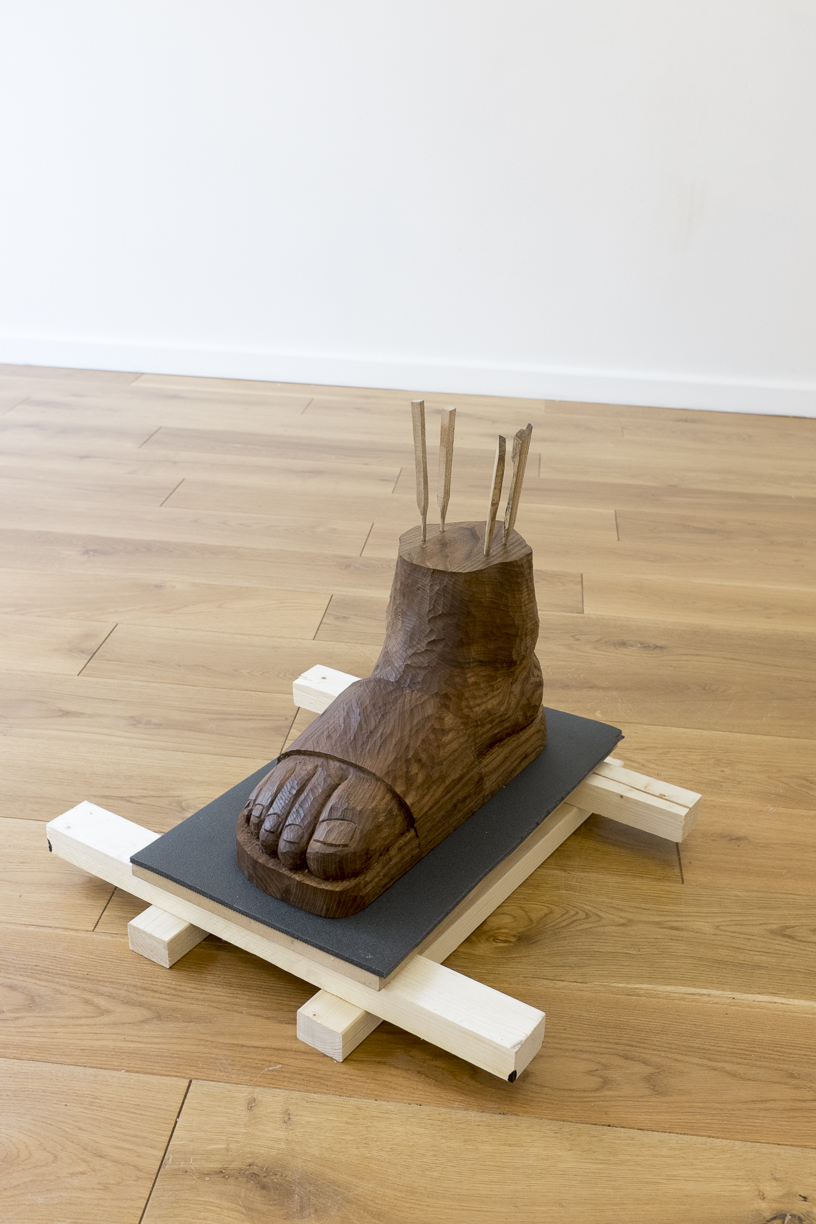 The image of the wheel is significant to his work, expressing how development and change are in continuous motion. The wheel surfaces various times in the sculptures and accompanying drawings: this repetition links the different works together, exploring force, movement and power. It comes with notions of self-optimization, becoming the best and expressing the urge to do more and to keep going. Marsja’s sketches are an attempt to visually document the process of creation that is taking place. 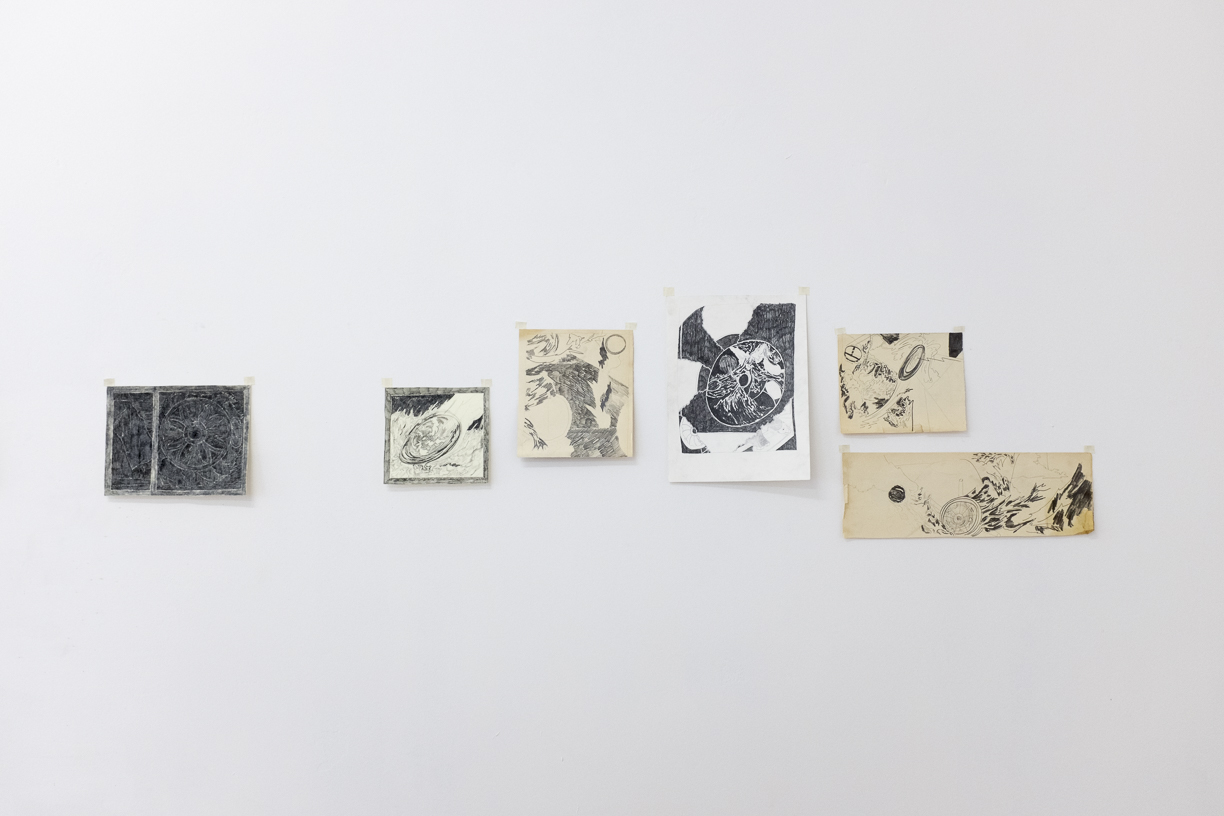 ‘Fragments of a Giant’ allows space for meditation, fantasizing and dreaming. A clear enjoyment can be felt from the physical activity that comes with the work. However, it moves beyond a craving for enjoyment and into the realm meta-critique of creative expression. The artist and the sculptor are perfecting one another.