Entering the incense-infused studio, the audience was met by a single woman sat cross-legged in the middle of a circle, demarcated by white tape. Inhaling the fumes, she drew long, meditative breaths with her eyes closed, mentally preparing herself for a ritual that was about to take place. 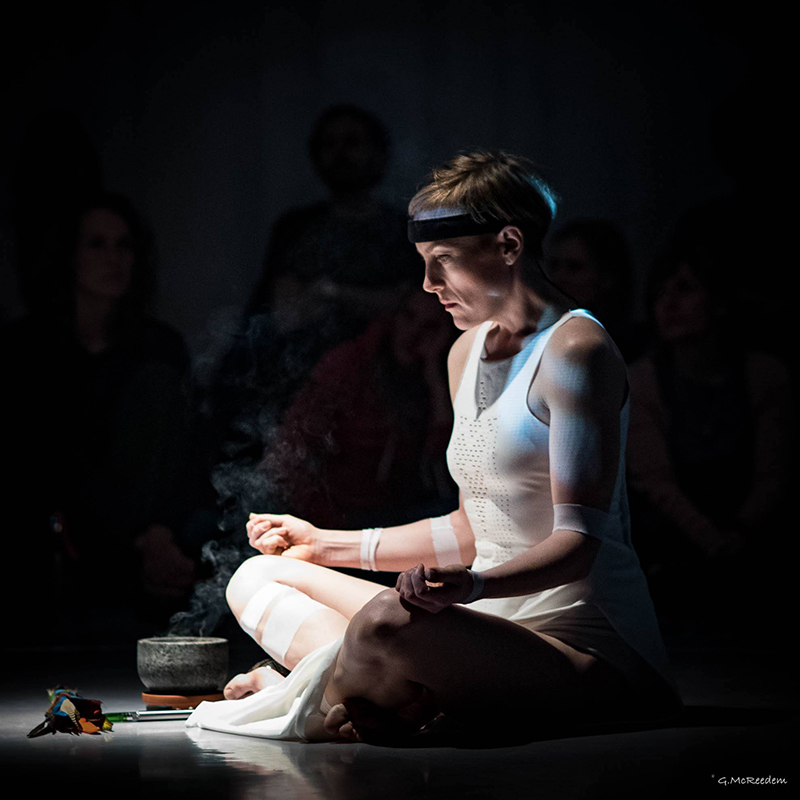 In contrast to her sensual presence, the white walls and the clean-cut lines of the space suggested a sterile environment for a scientific experiment. Her matching white costume was disrupted by an oddly sporty looking black headband that crowned her head. The headband was registering the activity of her brain and feeding it into a data retrieval system, manned by a panel of tech savvy engineers working closely on their laptops at the back of the room.

This data was visually translated into two large-scale projections that submerged the performance space in changing lights and colours. Initially, the visuals presented a real-time, scientific diagram of her brainwaves, leaving the viewer with an eerily accurate rendition of her brain activity. However, the hard science was soon given a soft edge as the wave forms from the diagrams phased into abstract shapes and patterns that danced across the walls. 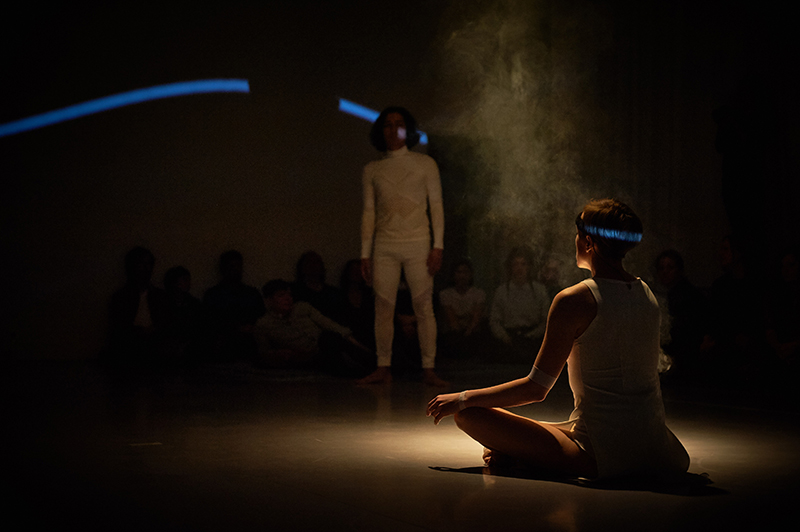 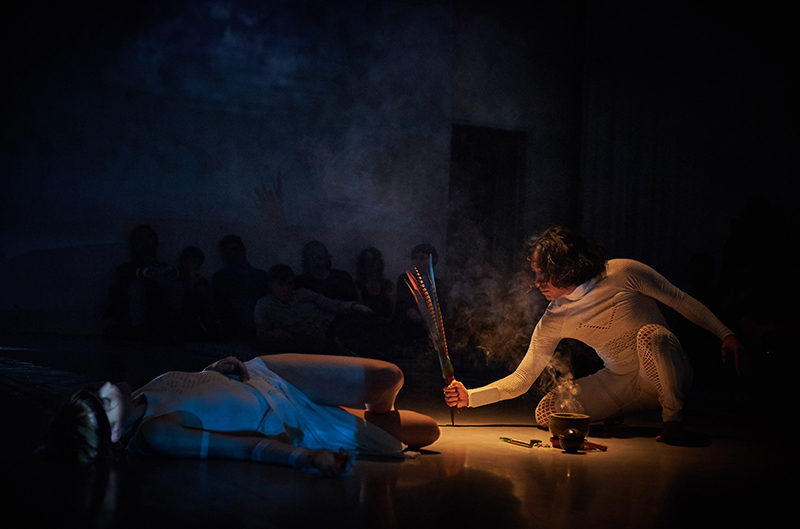 Enter the shaman! Drawing on their Colombian roots and the tribal culture of the San Agustinians, the narrative of the piece played on ancient beliefs and indigenous rituals. Like in a hallucination, an elusive figure similarly dressed in a white, porous costume entered the space. While brandishing a magical feather-stick and performing symbolic gestures, it became unclear whether he represented a real being or just a figment of her imagination.

As the performance intensified, the soft, bassy sounds seeping into the space further fortified the mood. Unlike in a ritualistic dance where the drums and percussion drive the dancer into a higher state of mind, the sound score of the performance followed the dancer (or, to be exact, the dancer’s motion and brainwaves). In this way, the traditional division of roles within a ritualistic dance were flipped. The viewer was hereby granted an immersive experience consisting of both the performer’s intended actions and reflections of their deeper subconscious. 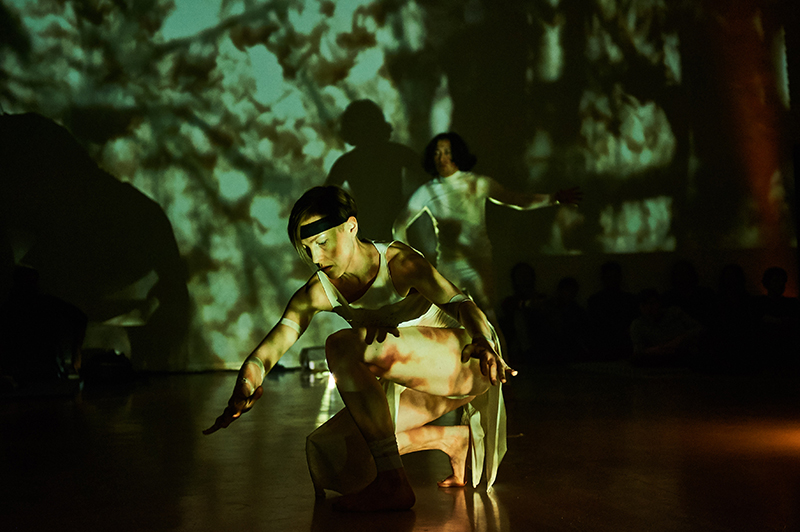 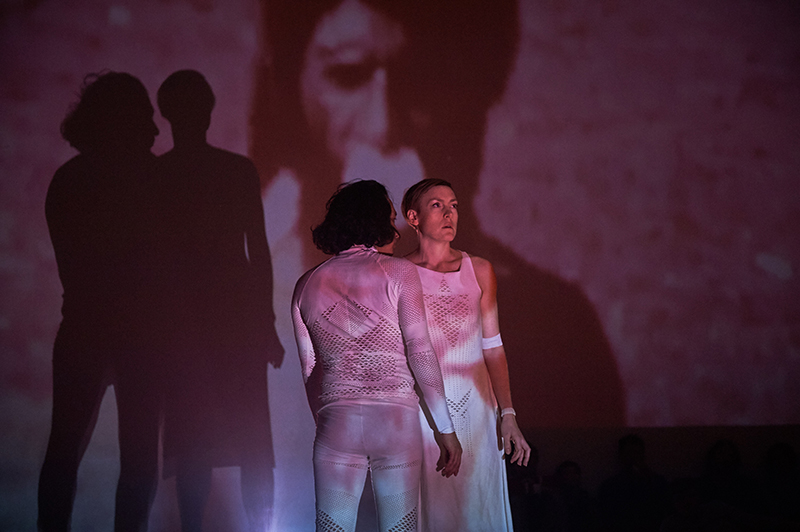 Technology can, in many ways, be seen as an extension of the body and an enhancement of human capacity. With this performance INNATIVE LAB further investigates the potential of technology through artistic means and confronts us with a question in which we begin to surrender yet another part of the human ego: can technology be used to express our spiritual selves? Can a supernatural experience be translated into the digital realm? ‘Deep Waves’, at the cusp of this enquiry, unites science and sensuality with the instantiation of a performative space in which these extremes—seemingly on opposing ends of the spectrum—coalesce.