Inaugurating the new Kreuzberg home of Berlin’s NOME gallery is a series of works by James Bridle that continue the gallery’s curatorial standpoint at the intersection of art and technology. The exhibition, ‘Failing to Distinguish Between a Tractor Trailer and the Bright White Sky’, takes its title from an accident report of a fatal car crash where the self-driving system failed to recognise an oncoming hazard. Critical of the present limitations of such technology—one work, almost mockingly, sees a driverless car trapped inside a closed circle of road markings, seemingly paralysed with inner conflict—Bridle also visually explores the distinction between human and machine comprehension and understanding, bringing to mind familiar debates surrounding artificial intelligence and contemporary moral and political concerns about our relationship to technology. 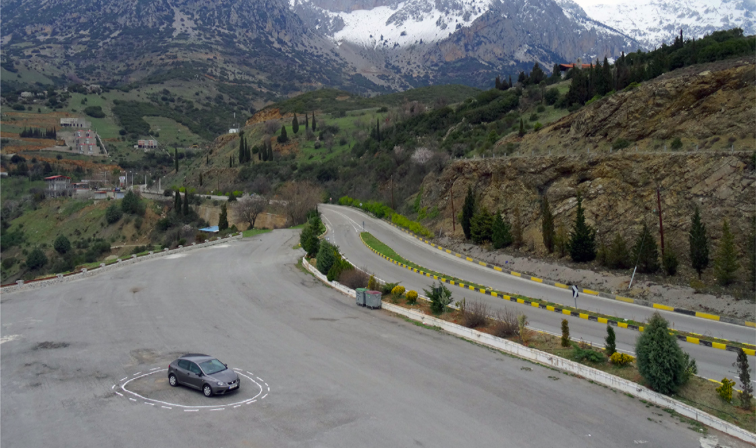 Driverless car technology is old news. In fact, Bridle sourced freely available research papers and tools to teach himself how to develop his own self-driving car. He pointed out that we are already living in a world with passenger aeroplanes that operate mostly through automated systems. We’re in a world where we’re pushed to learn and control this technology. Fully self-driving cars certainly already exist, yet all kinds of logistical and ethical roadblocks prevent their immediate integration. I asked Bridle if he thinks human error can ever be removed from this kind of technology. He responded with a Paul Virilio quote: “The invention of the ship was also the invention of the shipwreck.” A by-product of our progress is new, stranger problems to overcome. 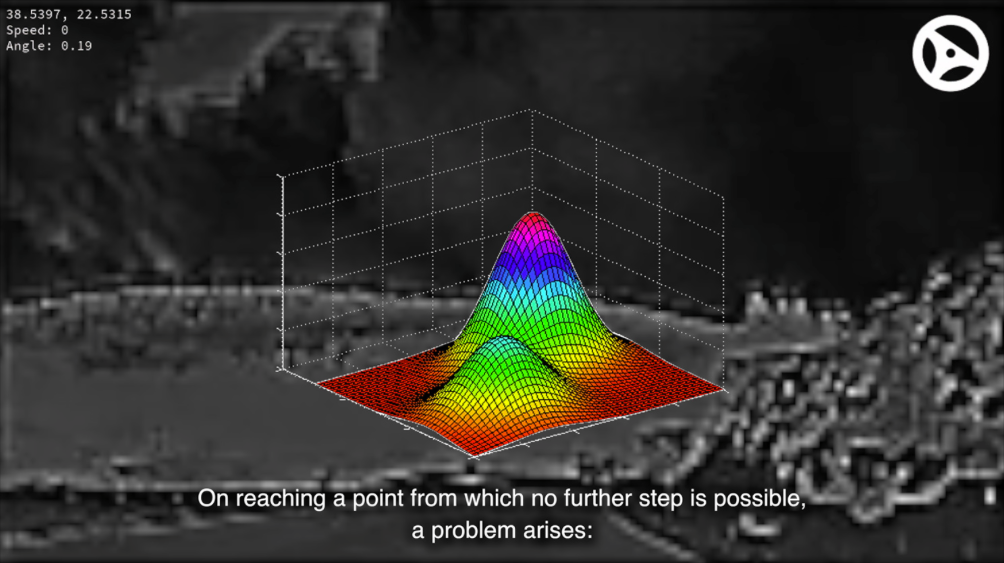 Bridle employs visual material from the neural network of his driverless system to investigate the point of departure between humans’ comprehension and processing of information, and that of the car. The series of digital prints called ‘Activations’ (2017) seem to read left to right like a stage by stage abstraction of an image capture from the eye of Bridle’s car. Black and white photographs of the road, disappearing into what appears to be a heavy mist, are reduced to dark, flattened images where perspective gives way to a pixelated, white-speckled blackness. Perhaps we have been taught to chronologically make sense of images this way. What we’re actually looking at are the different layers of information perceived simultaneously by the car. The software strips back the visual input to the various necessary pieces of information. You’re not looking at a misty sky, but a deleted sky; a sky deemed impertinent to the function of driving. Remember, here, the title of the exhibition. 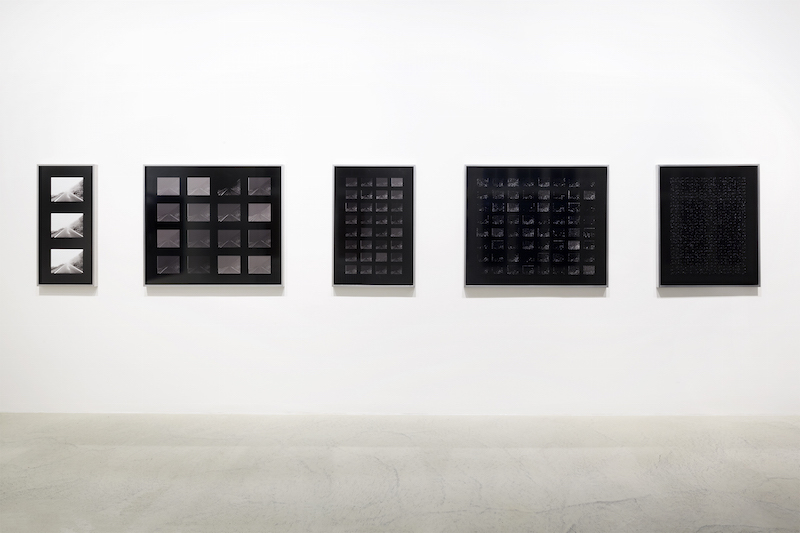 James Bridle: ‘Failing to Distinguish Between a Tractor Trailer and the Bright White Sky’, exhibition view at Nome // Photo by Gianmarco Bresaola, Courtesy by the artist and Nome Gallery

The car receives exactly the same visual information that we do, Bridle emphasised, it just processes it differently. I’m reminded of the basic argument of John Searle‘s ‘Chinese Room’ thought experiment: no matter how intelligent or advanced a computer is, it will never truly understand the meaning of its input and output. It can only mimic the behaviour of consciousness. While Bridle hasn’t set out to break new ground in AsI, his car, trapped in a closed circle of road markings, is a humorous demonstration of its limitation. 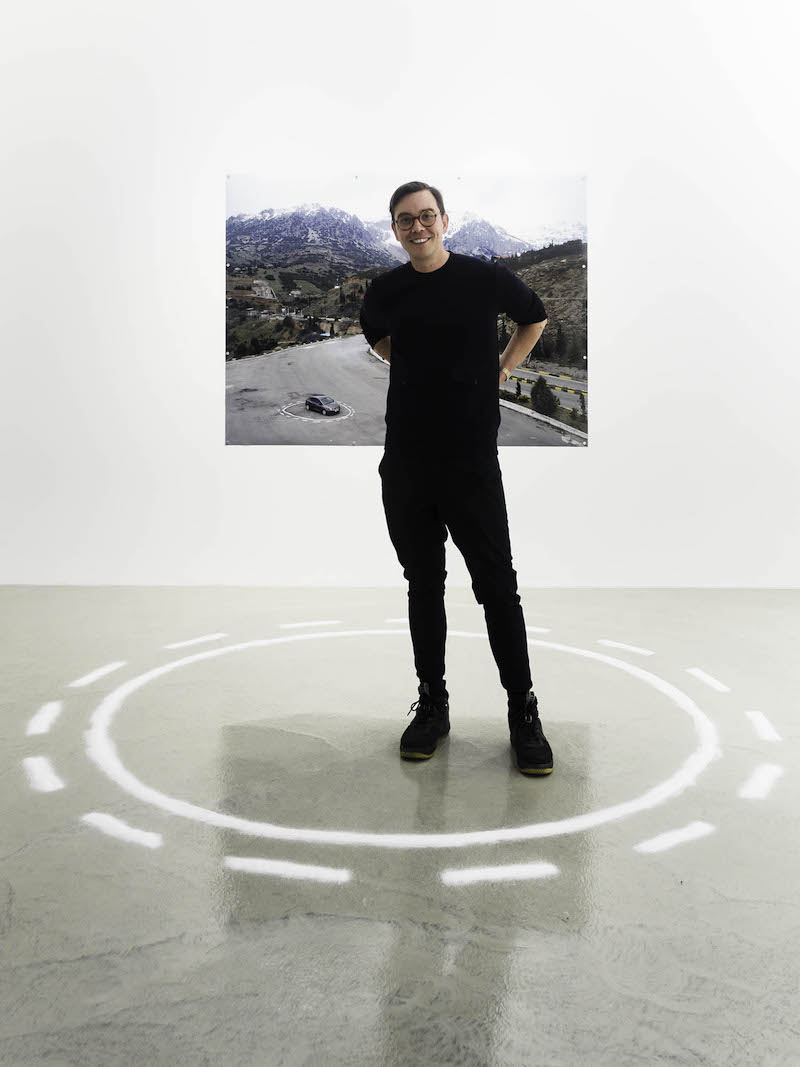 His own experimentation with this technology is not to advance it, nor to discredit it; his car isn’t about getting from A to B. It’s designed to get lost. The driverless car could be an experiment in surrealist autonomy. Employing a visual language of its own, the autonomous car produces images that are familiar yet alien in their depth and perspective. Bridle’s film ‘Gradient Ascent’ (2016) prompts this link to surrealism with quotes from René Daumal‘s 1952 surrealist novel ‘Mount Analogue’, overlaying video footage from the self-driving car as it drives up Mount Parnassus in Greece—the home of the Muses—with a narrative of mythology, discovery, and technology. 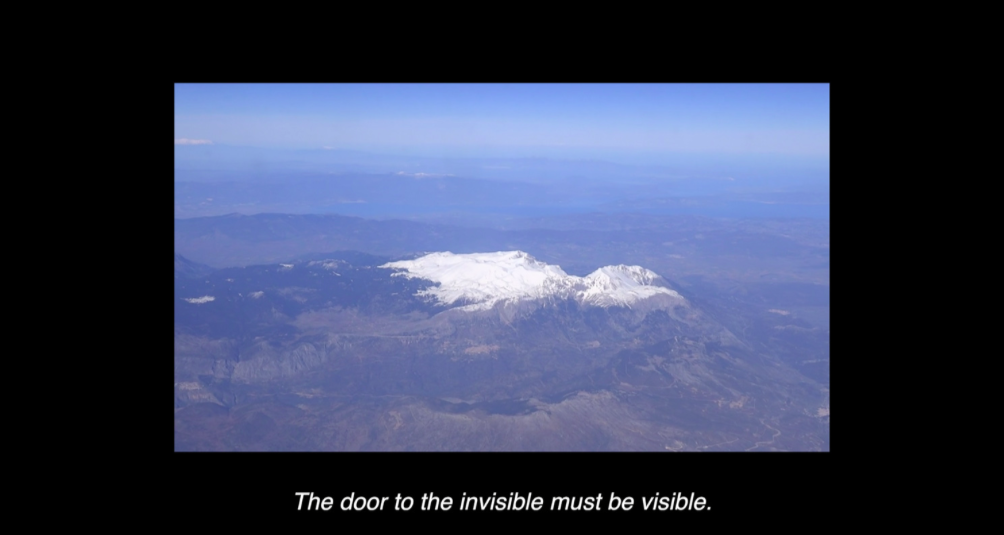 At a glance, Bridle’s prolific writing and art-making on the subject of technology and information systems unearths concerns of governmental and political abuse of power. Surveillance, data collection, and the technologies of war fuel works that seek to question and expose the political opacity of these systems. It is important to Bridle that his car was built using open source tools and information. By teaching himself how to use this technology, he can appropriate it. If democratisation of digital technologies is the end game, Bridle’s car is a simple demonstration of rerouting information and technology towards resistance.