The second edition of the independent art fair Paper Positions opened yesterday at Bikini Berlin, running parallel to a host of Gallery Weekend exhibitions. From April 28th-30th, 30 galleries from Europe and North America are presenting their most significant artistic positions of contemporary and modern art, with a focus on paper works: drawings, collages, paper cuttings, photography, art books and objects.

Unlike usual art fairs, Paper Positions has offered galleries the opportunity to show in a more exhibition-like setting, presenting their works side-by-side on walls rather than in enclosed booths. The format creates an interesting dialogue between the works, many of which represent similar themes and artistic styles. 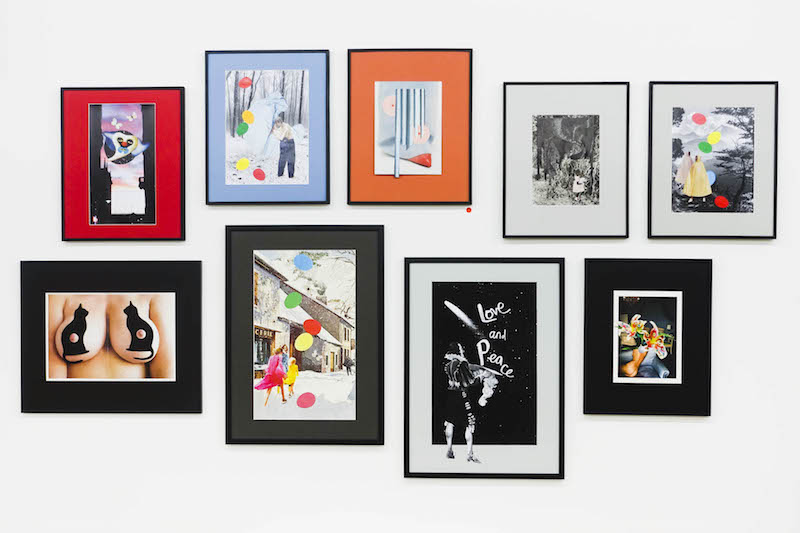 Artist Inka Büttner, whose work is represented by Hamburg gallery Holthoff-Mokross, has contributed a series of collages that point to a popular trope in modernist paper works, using circular cut-outs in primary colours to emphasize black-and-white or pastel picture book images. An almost child-like quality appears in many of the works, as collage and drawings on paper are associated with some of our earliest art-making pursuits.

Nearby, Sabine Finkenauer‘s delicate crayon drawings on tissue paper pick up on some of the Bauhaus-style geometries of Büttner’s work, while further highlighting the playfulness inherent in paper works. Her simple, teardrop and bubble-shaped drawings, presented by Galerie Ulf Larsson from Cologne, are elegant works enacted using basic techniques, repeated crayon strokes in ever-darker loops that are reminiscent of the meditative nature of child’s play.

Around the corner from Finkenauer’s works, a conversation emerges across gallery lines between artists working on the topic of migration and all of its contemporary complexities. Syrian artist Natalia Ossef, showing her work for Rutger Brandt Gallery Amsterdam, presents a series of haunting, negative space collages that deal with cultural identity and memory by depicting scenes of domesticity and contemplative loneliness, in subdued colours. Her family portraits, where faces are obscured or paired with abstract natural imagery, are windows into memories and their inevitable erasure, both beautiful and disturbing.

Spanish artist Suso Fandiño and Peruvian artist Catherine Tafur—both represented by U.S. gallery Maus Contemporary—use textual elements in their works to muse on immigration, foregrounding words like “grabbed”, “trapped”, and “arrival” to evoke the sense of fear that grips many of who have fled their homelands and are faced with national or social borders at their chosen destination.

One of the few instances of photographic works on paper appears in the contribution from Galerie Burster, in the work of artist Tim Roda. Roda’s humourous series of black-and-white images, entitled ‘Hidden Father,’ show pictures of a young boy, propped up by an “unseen” arm or human figure draped in black fabric. The aesthetic of his photographs suggests Victorian era techniques, wherein photographers used unusual means to capture active children, as well as the opposite, dead bodies, in lifelike stillness that would have been otherwise impossible. 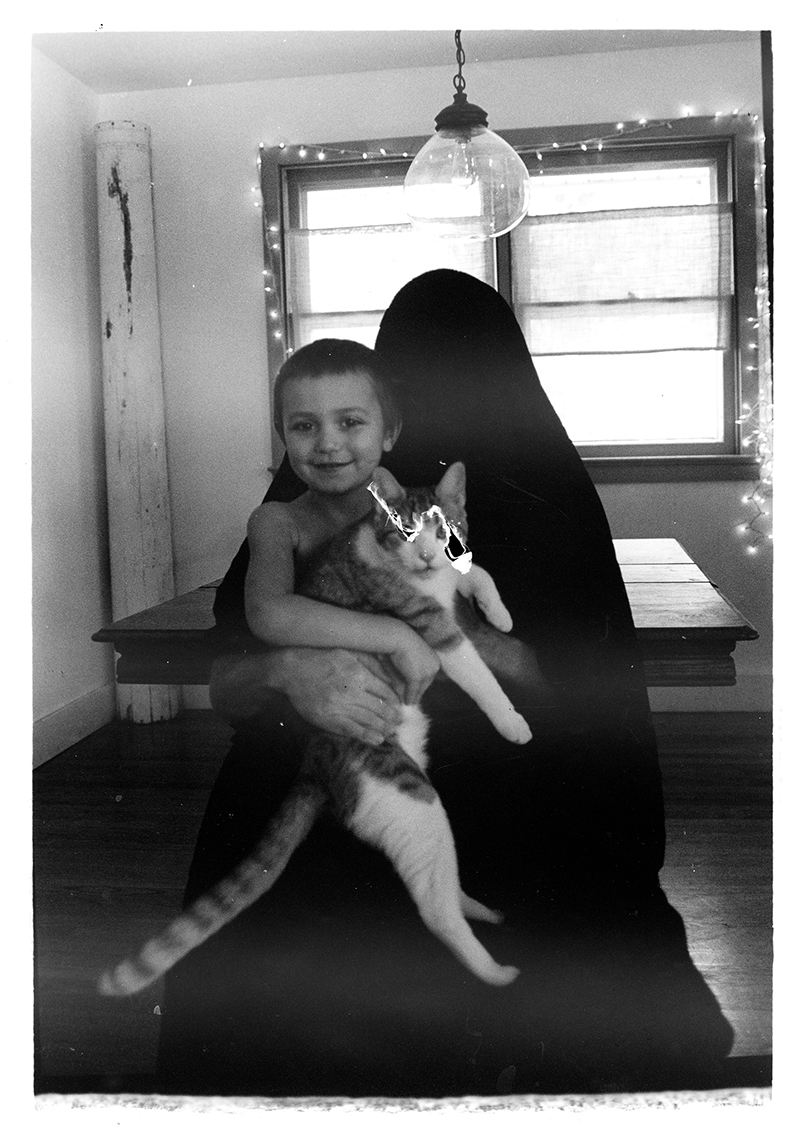 A stand-out installation by Berlin-based artist Marion Eichmann for Galerie Tammen & Partner appears as a 1:1 scale paper re-construction of the artist’s neighbourhood spätkauf in Berlin. All the familiar tabloid headlines, stickers, infrastructural electricity boxes and child-height gumball machines are rendered in coloured paper behind plexiglass, showing a mundane urban staple in an unusually lively and whimsical expression.

While the range of works on view at Paper Positions are not easily definable as a group, beyond their obvious common media, the curatorial hand at work in the fair ensured a certain congruity between galleries, allowing a thread to emerge that takes the presentation beyond art fair hum-drum and into the realm of considered exhibition.