Ulla Nolden’s installations at Centrum interweave with the fabric of the space, engaging its existing structures and the intricacies of its surfaces. With small movements and interventions that illuminate and frame what was already there, the works culminate in visualizations of perceptibility itself: shifting compositional harmonies and inconsistencies from vision’s periphery to its center.

The three installations that comprise the exhibition, ‘PURE MOVEMENTS’, materialize two algorithms written by Nolden. Through translations of abstract codes into visual representations, Nolden fabricates simulations of movement patterns observed in nature. While one algorithm derives from the individualized yet interrelated sequences of movement that inform swarm behavior, the other follows the behavioral rules that govern the repetitions and variabilities of a spider’s gait. 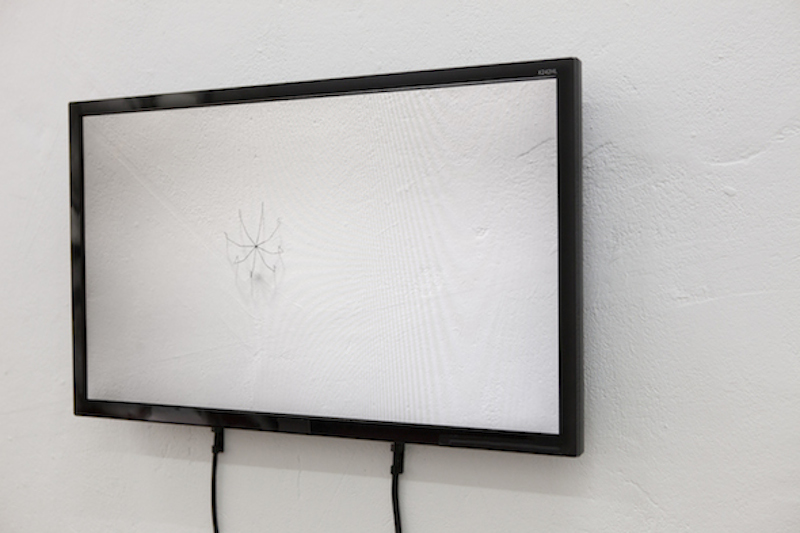 The subtlety that Nolden observes and represents in her work is mirrored by its positioning in the space. Above the large storefront window, a narrow upper window—its translucent surface penetrated by light from both sides—becomes a screen for projection, in which a network of changing motions runs in real-time, in unpredictable, infinite variations. The flock of bird silhouettes that carry out these movements alternately filter through the window, seemingly from beyond it, and are an articulation of its surface: with the window as both a frame for existing images and a material for generating new ones.

Opposite the window, five screens are situated at various heights and distances from each other on two adjacent walls, with one lying face-up on the floor along an irregular line demarcating two disparate patterns of tiling. From a distance, the screens appear imageless, emitting only a soft white glow. In close proximity, the textures and imperfections of the space’s distinctive surfaces become evident – as though the screens were empty frames. Across these five screens runs a looped video of Nolden’s algorithm, in which the long, spindly legs of an animated spider communicate the patterns and irregularities of its motion. As it moves across the screen, momentarily disappears and reemerges on the next—interacting with and moving through the actual space—the delicate lines of its body, and the shadow it casts, continuously reconfigure a drawing in process. 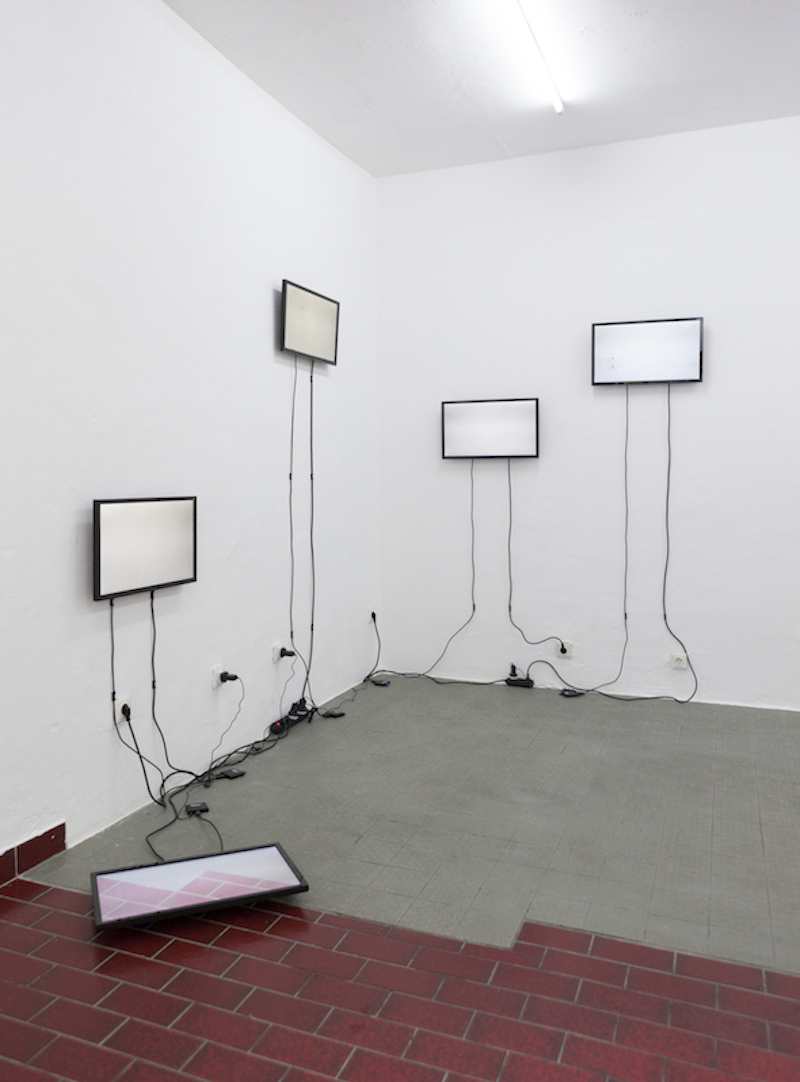 The devices that display these subtle interventions constitute another level of visual disruption: hanging black wires, heavy screens and exposed inner mechanisms emphasize the digital structures underlying Nolden’s simulations. Such structures are present not only as a means of displaying or reproducing the moving images, but as the generative process behind them, while their machinery functions as a sculptural element in itself. 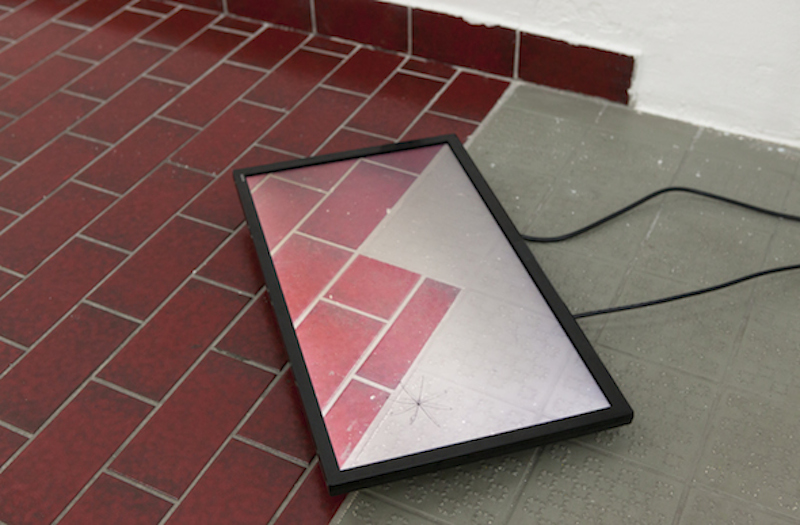 Distilling from the physical space, preserving its materiality even in its digital re-rendering, the images exceed their own boundaries. Describing both the temporal and the infinite, they occupy an abstract space, while embodying tangible moments. These moments can be recognized as remarkably specific or go unnoticed in their genericness, underlining the subjectivity of visual perception. Nolden’s layering of persistent fluctuations and uninterrupted stasis traces intersections between logic and randomness, where one continually reconstitutes the other. The understated dynamism of this environment amplifies the nuanced ways in which our experience of and relationship to our physical surroundings are informed, altered and negotiated.