Berlin’s free dance scene, in all its eclecticism and diversity, provides fertile grounds for experimentation within performance. An approach to stage work that has gained much momentum in this nourishing environment is ‘Instant Composition’. Consisting of various different styles and approaches, Instant Composition is a term that encapsulates the practice of improvisation on stage. Providing an alternative gateway to the live creation of sound and movement, Instant Composition is a point at which the fields of music and dance can freely cross and overlap.

At the forefront of promoting this movement within the performing arts is dancer Jenny Haack. In 2013, she founded the SOUN D ANCE Festival, then called the Improvisation Xchange. This year’s edition, taking place in July, will include a series of performances, workshops, talks and a new format of engagement presented under the term ‘atelier sessions’. In preparation for the festival this summer, I spoke with Jenny Haack at Eden Studios about the festival focus, this year’s invited artists and its comprehensive programme. 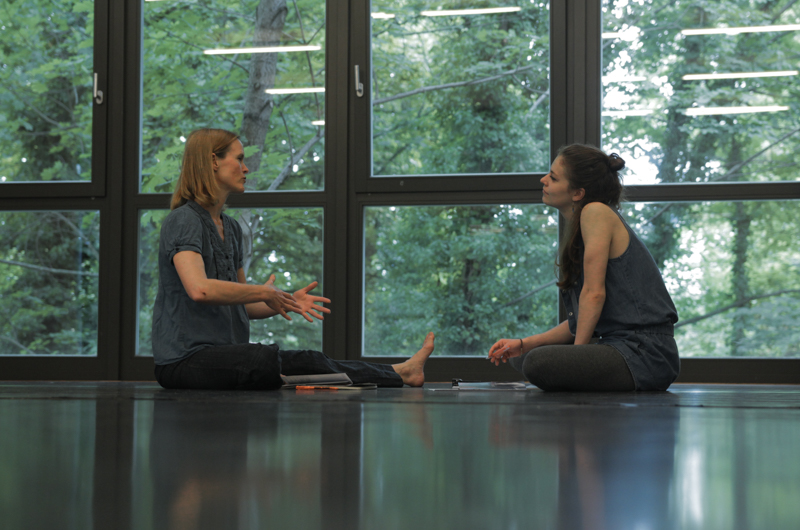 When asked about the drive behind the festival, Jenny emphasised its interdisciplinary nature. Instant Composition allows for non-hierarchical collaboration between dancers and musicians. Unlike the traditional company structure most common in stage performance, no external director or choreographer is present during the creation process. The nature of Instant Composition is thereby rooted in extensive collaboration and exchange. The festival, in this way, continues along this sentiment and aims to facilitate an open dialogue between participating artists and the public. 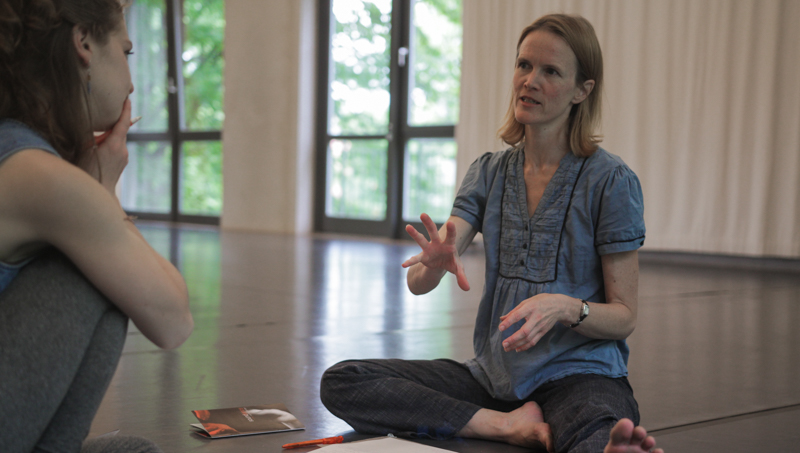 The invited artists are active members of Berlin’s free dance scene. Stemming from different backgrounds and reflecting the international mix of artists in the free scene, they are a mix of newcomers and performers who have been working in the field for years. Some groups have a long history of collaboration—for example Grapeshade, a company consisting of a violinist, a bassist and two dancers—while others have only just started working together. All artists share their status as experienced practitioners of improvisation and their familiarity with working openly across disciplines.

In terms of the SOUN D ANCE audience, Jenny expressed similar wishes as for the SOUN D ANCE artists. She hopes to bridge the gap between the music and dance circles, which both have their respective venues and audiences, by drawing in audiences from both sides. In addition, she aims to make improvisation practices more accessible to the general public. Audience engagement will be encouraged, with the artist talks taking place after the performances and the workshops led by experienced improvisers Maya M. Carroll and Lilo Stahl. In seeking an alternative way to access the work, the festival will also present a series of atelier sessions. Best described as a hybrid between a practical workshop, a lecture performance and an artist talk, each atelier session takes place in a dance studio at DOCK 11 and is designed by a SOUN D ANCE artist in the way that is best suited to their work. With the inclusion of physical tasks, and the option to just watch or listen, the atelier session can appeal to anyone, regardless of their age or ability.

In the spirit of experimentation, the final performance of the SOUN D ANCE festival will be a coming together of almost all of the performing artists. The performance structure will consist of a series of small sets in which performers from different groups are mixed together in new arrangements, and one set in which all 22 performers will be on stage at the same time. This is an exciting way to further the concept of Instant Composition, as the performers will undoubtedly be challenged in their craft. 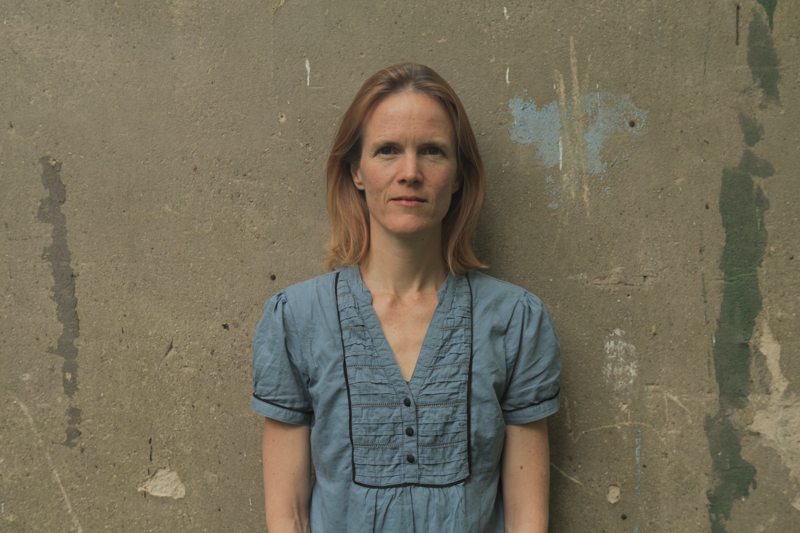 As we brought the conversation to a close, Jenny mentioned her plans to extend the SOUN D ANCE festival’s reach in the future. Without a doubt, the festival’s potential will already be showcased in the exciting programme she has prepared for us here in Berlin this month.