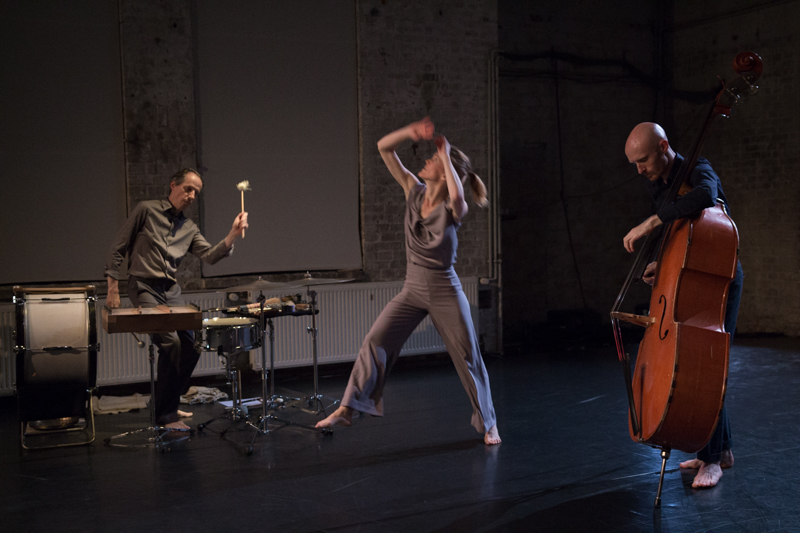 As double bassist Adam Pultz Melbye elucidated in the artist’s talk that followed the piece ‘Water Speaks Of Water’, the title refers directly to the trio’s joint practice. During their improvisations, every action is considered as none other than the action itself and needs no analogy to exist. This abstract approach was evident in the succession of triangulated instances between Melbye, percussionist Michael Vorfeld and dancer Jenny Haack. However, the figurative comparison with water still feels fitting for their performance. During the opening scene, Haack seemed to pour over the floor like liquid from a glass. The ever-shifting spatial constellations produced by mobile musicians Vorfeld and Melbye were reminiscent of changing tides, and the phasing of their chosen rhythms fluctuated from chipping ice to pouring rain. In an epilogue, Haack melted from stillness into movement through a bodily research of vibrations. Throughout ‘Water Speaks Of Water’, the trio listened with a sharp ear and responded to each other with a high sensitivity, allowing for the piece to take form within its own rich poetics. 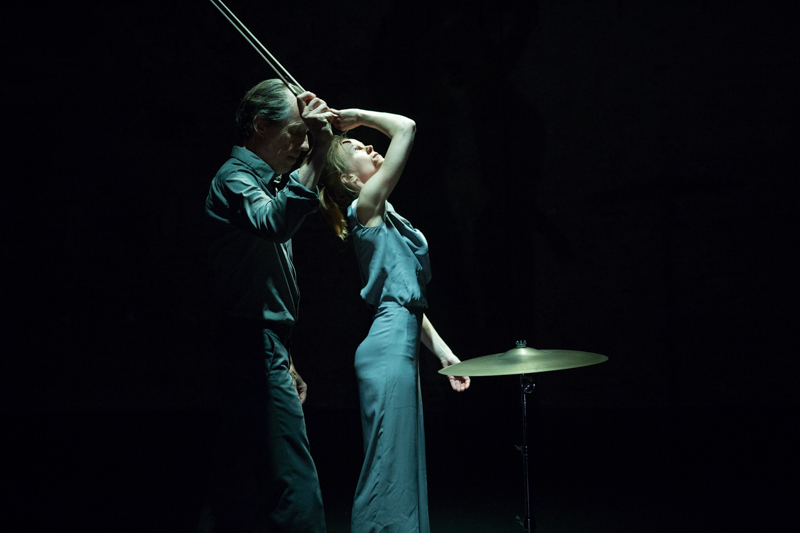 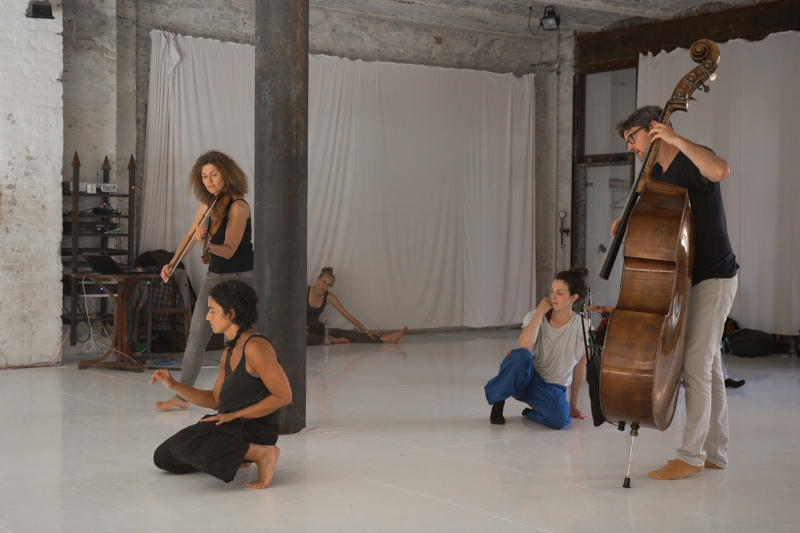 Alongside the performances, the SOUN D ANCE Festival also offered a new form of public engagement in their atelier sessions. As a hybrid between a practical workshop, a lecture performance and an artist talk, SOUN D ANCE artists were given the freedom to design their session to best suit their work. Various different approaches and tasks were thereby explored, usually directed at analysing the relationship between music and dance. Participants were encouraged to physically engage with the ability to create sounds with the body and to respond to the multi-sensory stimuli of their surroundings. Most notably, the artists of Grapeshade offered an atelier session with an immersive focus. In extension of their work, the participants acted as active audience members in a permeable circle around the performers. This constellation gradually progressed into an erratic occupation of the space in which the freedom to both watch and physically respond was granted. This method created a stimulating and highly-focussed environment and, in this way, gave a true insight into Grapeshade’s open improvisation practice. 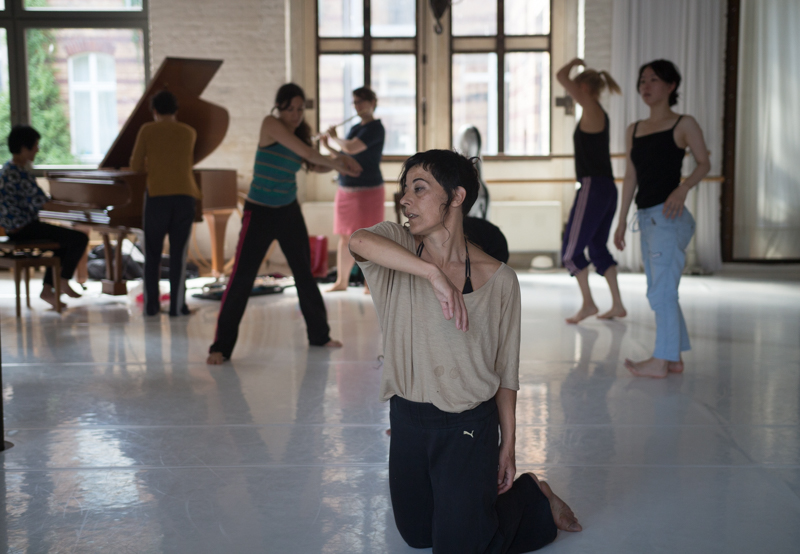 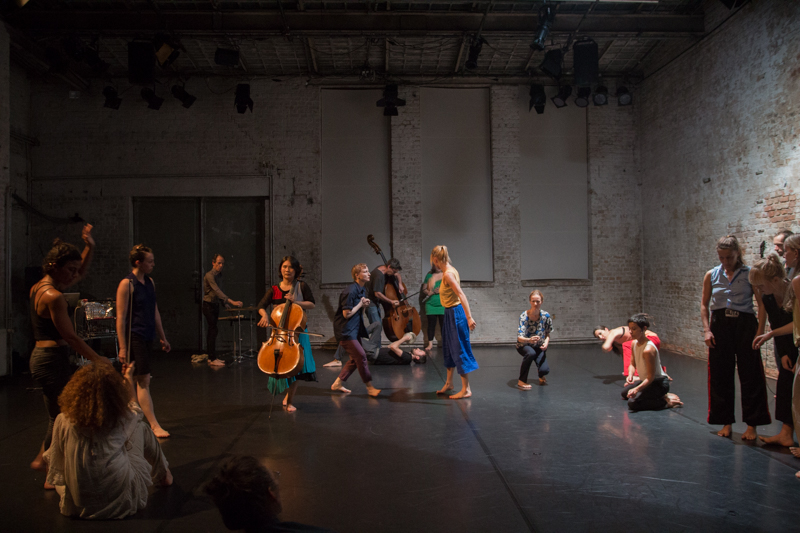 The festival’s grand finale, the experimental performance titled ‘Plattform Improvisation’, artfully pushed the possibilities of ‘Instant Composition’. Twenty-two of the SOUN D ANCE artists were mixed into new groups with the intention to challenge their practice and to perform in unfamiliar territory. All six sets were completely improvised and varied in length and mood. Moments of connection could be felt particularly within sub-sections of duets and trios, at times materialising around instruments that acted as anchor points as well as mobile, architectural elements in the space. For the final set, all 22 performers took to the stage, resulting in a labile, high-energy constellation that possessed multiple focal points at any given moment. Although the hectic nature of the piece did not always allow for clarity, it held strong due to the sharpness of the performers and many, skilful moments of togetherness. 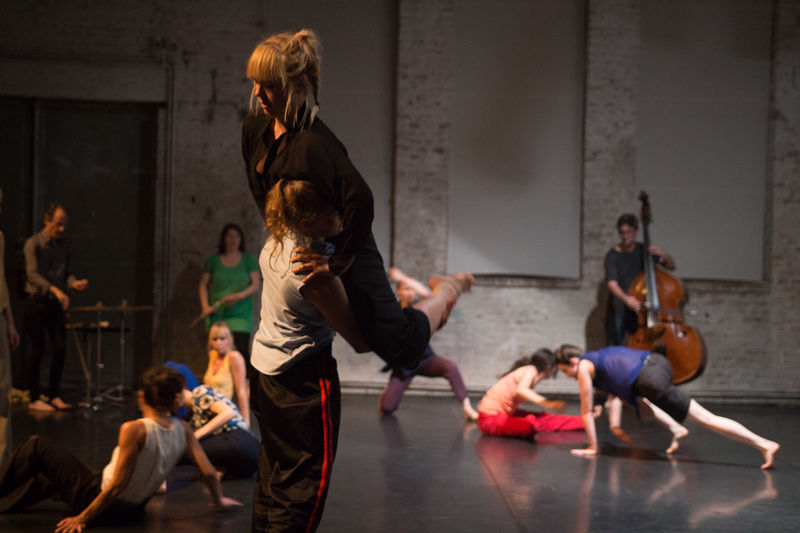