POSITIONS Berlin art fair will take place this year from September 14th-17th, once again taking over the spacious halls of Arena Berlin along the Spree. The fair prides itself on presenting artistic positions that account for the diversity of the Berlin art scene, as well as contributions from international exhibitors. Berlin Art Link spoke to the fair’s directors, Kristian Jarmuschek and Heinrich Carstens about how POSITIONS situates itself in the Berlin Art Week fray and what we can look forward to at this year’s fair. 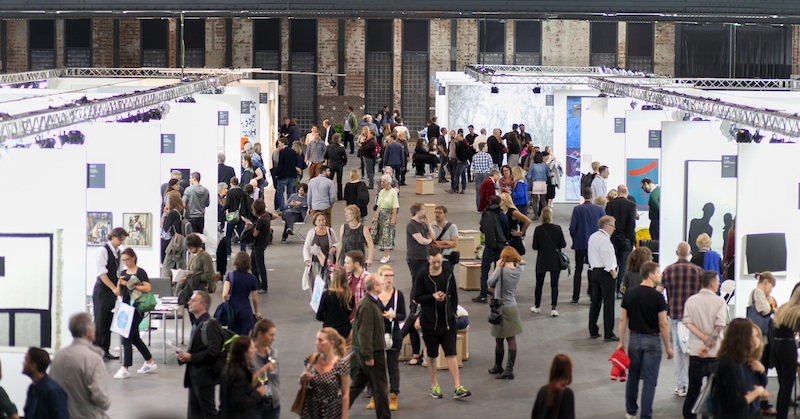 Berlin Art Link: How does POSITIONS manage the feat of reflecting the diversity of Berlin’s art scene?

Kristian Jarmuschek & Heinrich Carstens: Of course, we not only present an overview of one part of Berlin’s art scene, which itself is very diverse. But there are so many galleries in Berlin and Germany and Europe that you can rarely find at international art fairs, for various reasons. Nonetheless these are great galleries setting up strong programmes with a lot of energy and expertise. You only have to leave the main road and follow the side street to see what we can do with and for these galleries.

BAL: What does the term ‘positions’ lend to the content that galleries present in your fair? Do the exhibited works have more social or political commentary than the average commercial fair?

KJ & HC: We are more interested in programmes and positions than in already well-known names: that’s why it is called ‘Positions’. We are a service provider. In light of this we try to offer our visitors a wide field of artistic positions. Quality plays an important role for our selection, not taste. But let us be honest: we are all always very fast at forming an opinion about an artist, and are extremely influenced by the presentational environment. This might an effect of the digital era. Let us please imagine an artist in a very famous and successful gallery. And now imagine the same artist in a small and unknown side street gallery. Do we value the quality the same way now? 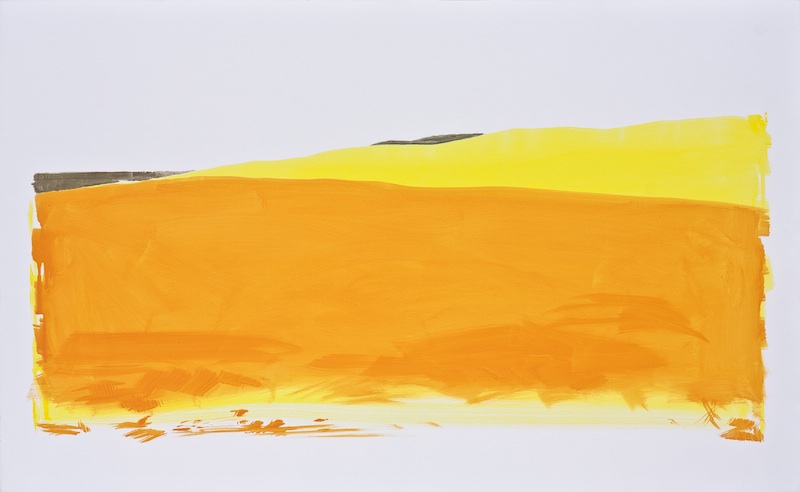 BAL: How do your backgrounds in the art world and knowledge of the Berlin gallery scene contribute to the choice of inclusions in POSITIONS?

KJ & HC: We are interested in artistic and programmatic quality, not only from Berlin. Galleries from 15 countries are represented this year, including the USA, Canada, Japan etc. We always think from our visitors’ point of view and try to be unbiased and to act independently. At the same time, we travel a lot and look out for what we find exciting and what we would like to include.

BAL: After a few different locations over the years, POSITIONS has returned to Arena Berlin in the Treptow area. What makes this venue the right fit for an art fair of this size and scope?

KJ & HC: The first edition of POSITIONS has been realized at a place (Kaufhaus Jahndorf) that for us represents the development of Berlin for an important scene of international art. Central and a bit dead-beat – simply the “Berlin-charm”. The last year’s edition at Postbahnhof was a rather involuntary move. Arena is in fact the perfect place for us in Berlin. A pillar-free constructed hall from the 1920s, with a lot of daylight, central and directly located at the Spree river: very charming and ideal for our ideas and infrastructures. 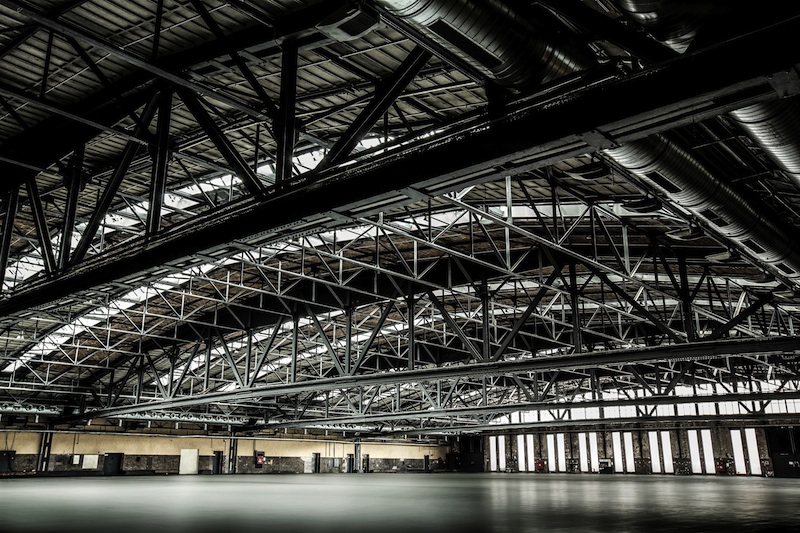 BAL: What are some of this year’s highlights?

KJ & HC: There are so many highlights, it would be almost unfair to emphasize only a few. Certainly we should name the Kunsthandel Ralph R. Haugwitz because he represents art works from the 16th to the 20th century. To see these works together with young artists such as Antje Zeiher (at Judith Andreae, Bonn) or the Werner Büttner-student Christoph Wüstenhagen (at Bräuning Contemporary, Hamburg) is great fun.

Similar to this, is the nearly classically named artist couple Barbara and Michael Leisgen (at Maus Contemporary, Birmingham, USA), who are shown together with the British artist Tom Butler (at Heike Strelow, Frankfurt), among others. Or Kristaps Gelzis, who already represented Latvia’s pavilion at the Venice Biennale, will be shown with Maksla XO from Riga. And there are once again many very exciting and almost forgotten positions from long-dead artists such as Ernst Weil (Galerie Kremers, Berlin), Heinrich Maria Davringhausen (White Square Gallery, Berlin) or for the important German post-war artist Bernard Schultze (at Zellermayer, Berlin). And our Academy Positions, of course, a parallel exhibition at BIKINI Berlin with students from art academies in Berlin, Weimar, Halle, Leipzig and Dresden. 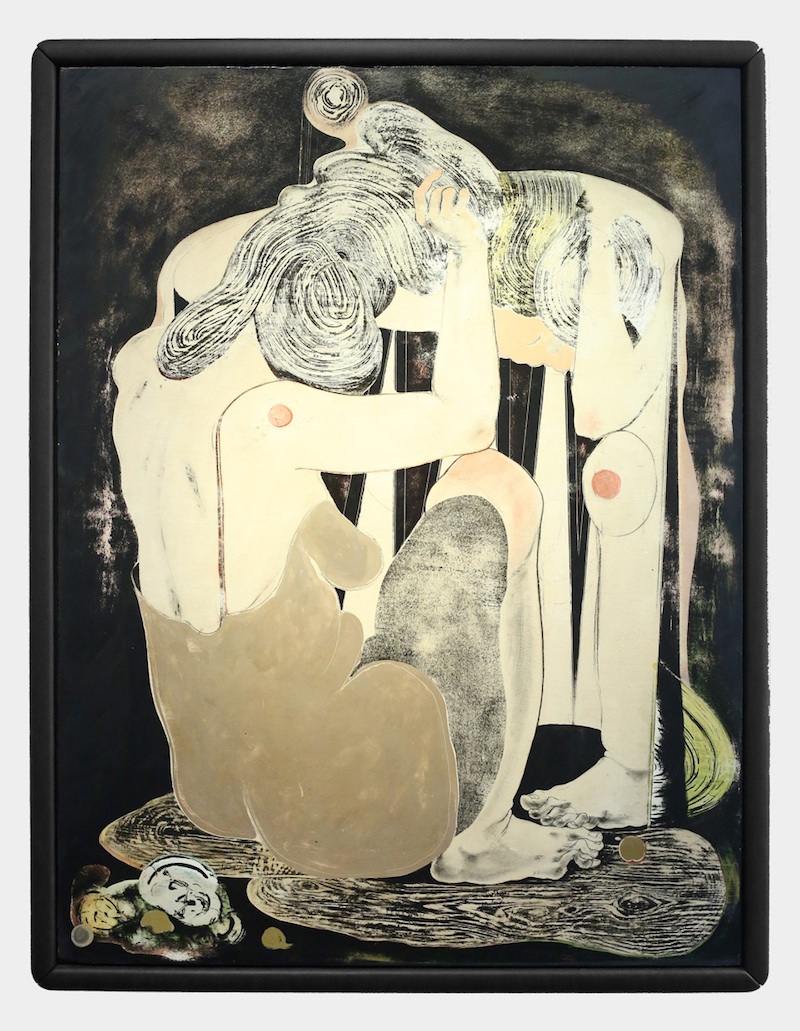