“We separate ourselves from the chains of our analogous existence. You sensitive cyborgs, rub your sleepy, square eyes and walk with us to technological utopia.”

Six years after its inception, Fuchsbau Festival and its team of consciously creative artists and ‘social scientists’ lured us once again to the woods outside Hanover, this time for some contemplation of digitalization—through the intersection of art, music, and political discourse. This year’s festival, titled ‘splitter feser’, asked us to gather and question our wired identities, the positive and negative aspects of our current digitalized state and how self-awareness and cooperation can be considered in a world of increasing inequality. During the festival, notions of science fiction, Afrofuturism, hyper-individualism, global communities, queer dance, and cyber-utopianism were advocated for exploration. This year’s topic was also supported by the online publication, Fuchsbau Kontent, which further explores ‘splitter feser’ in the form of essays, photo series, and short films. CHANGE’s essay ‘No More Over’— highlighting the abstraction of ‘Post-club’, the internet’s involvement in and the contemporaneity of these spaces—and Birte Spreckelsen’s video work, ‘Highlighting the Hidden: A Visual Study of White Male Faces in Straight Porn’, were noteworthy contributions to the publication. 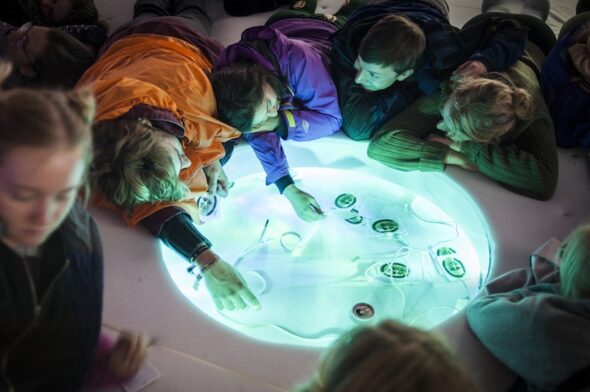 As in previous years, Fuchsbau is committed to a didactic ethos and finding the right balance in the merging of art, music and current political discourse. A global plethora of art, music, and technology festivals are increasingly environmentally and socio-politically centred—some focusing on acting as a platform for direct political dialogue and action for our times, like this year’s Moogfest in North Carolina. This can result in some fascinating social happenings, but if not cleverly curated can be laden with contradictions. Due to the dual nature of the festival space—to be, on one hand, designed for partying, and a dose of hedonism, while also attempting to house academic lectures, workshops, and contemporary art, with strong social and political implications—these kinds of festivals pose a difficult task. 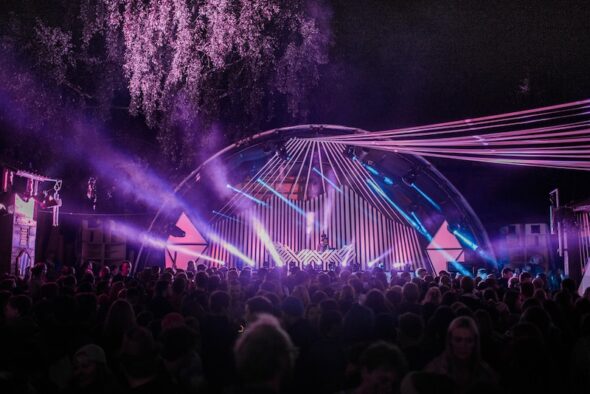 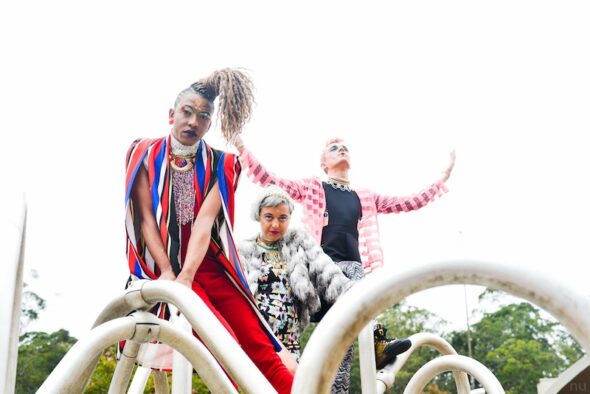 In an interview with Fuchsbau organiser Luna Ali, she was asked about the politics of electronic music, the club scene and how these are interrelated. Ali replied: “one would rather ask, when was electronic music not political and why?” She elaborates and speaks of the history, the birth of House through Disco and everything that evolved from that. The avant-garde of these movements were the queer, Latin American and Black communities in New York through the late 1970s and 1980s. She goes on to speak about the politics of contemporary electronic music and the prominence of the computer, and how this is highly political, as it also holds a personal database, increasingly censored, that is a weapon and voice for free speech. This topic and other interconnected discourse was covered in depth in Fuchsbau’s series of lectures, films, and art installations.

It is a delicate and honorable task to host a party, offer a selection of contemporary art, aim to create social awareness and hope that attendees also engage seriously in political discourse, within a short 3-day festival. Fuchsbau, however, got the balance just right. Presenting a diverse range of music, art, outstanding videography, sound, and lighting, engaging interactive art installations and active questioning of contemporary technology and the potentiality of our cyber futures, the festival provided the grounds to provoke engaging dialogues on the given subjects. There was a serene, sensibility to the environment, where participants seemed to be mindful of one another, and interaction and longer contemplation with the artworks and lectures were as prevalent as letting loose and stomping to Techno. 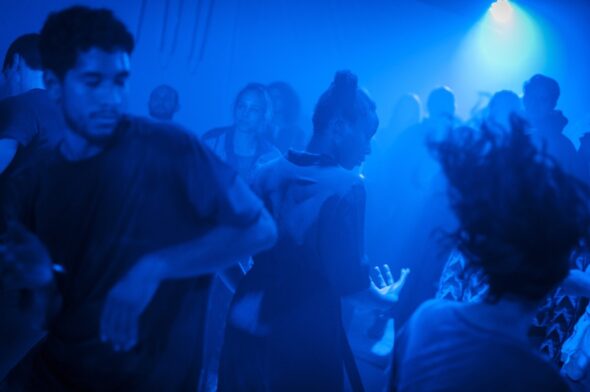