“We are not dealing with education here, this is art.” Speaking to us about the upcoming exhibition ‘THEY’ at Galerie aKonzept, the two curators Tal Iungman and Chantal Kirch express their desire for visitors to connect with the artworks on an equal standpoint. The exhibition’s title ‘THEY’ was chosen by the art director Raphaël Lévy as a way of indicating the exhibition’s motives; ‘they’ is both the oft-chosen pronoun for gender-fluid people, and indicates a resistance to normative practices. As emphasised by Lévy, the singular ‘they’ is often the pronoun taken on by individuals refusing to conform to gender binaries, but the plural ‘they’ also points to a collective group. “‘They’ could be speaking about certain queer identity, or it could also be about a group identity,” Iungman tells us. Yet far from suggesting a way of defining an ‘us-and-them’ separation, the term indicates a strength in solidarity. 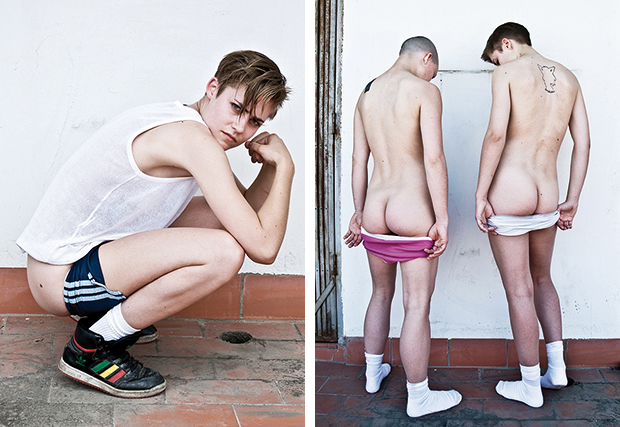 In terms of a queer demographic, hosting this exhibition in Berlin is significant. With Galerie aKonzept having only recently opened as a gallery space in Berlin, its owner Hermann Braun was keen to engage with the city’s longstanding history in facilitating queer culture and spaces, not to mention the queer community’s substantial contribution to creative culture. Yet the exhibition will also go further to address the notion of ‘queering’ tradition, that queer identity is not only formed by decisively belonging to a particular community but acts as a theory or framework. In discussing this, Kirch brings up Iwajla Klinke‘s photographs, in which the artist depicts children wearing ceremonial dress in rural European regions. Captured in the formative stages of their maturity, they signify subjects that have not necessarily been faced with questions surrounding sexual or gender orientation. The images are emblematic of a ‘queering’ of behavioural customs, in turn demonstrating that queerness cannot simply be understood demographically nor exclusively based on one’s sexual orientation. Moreover, in this scenario even the concept of ‘identity’ becomes problematic, throwing up questions of what we might believe to form it. 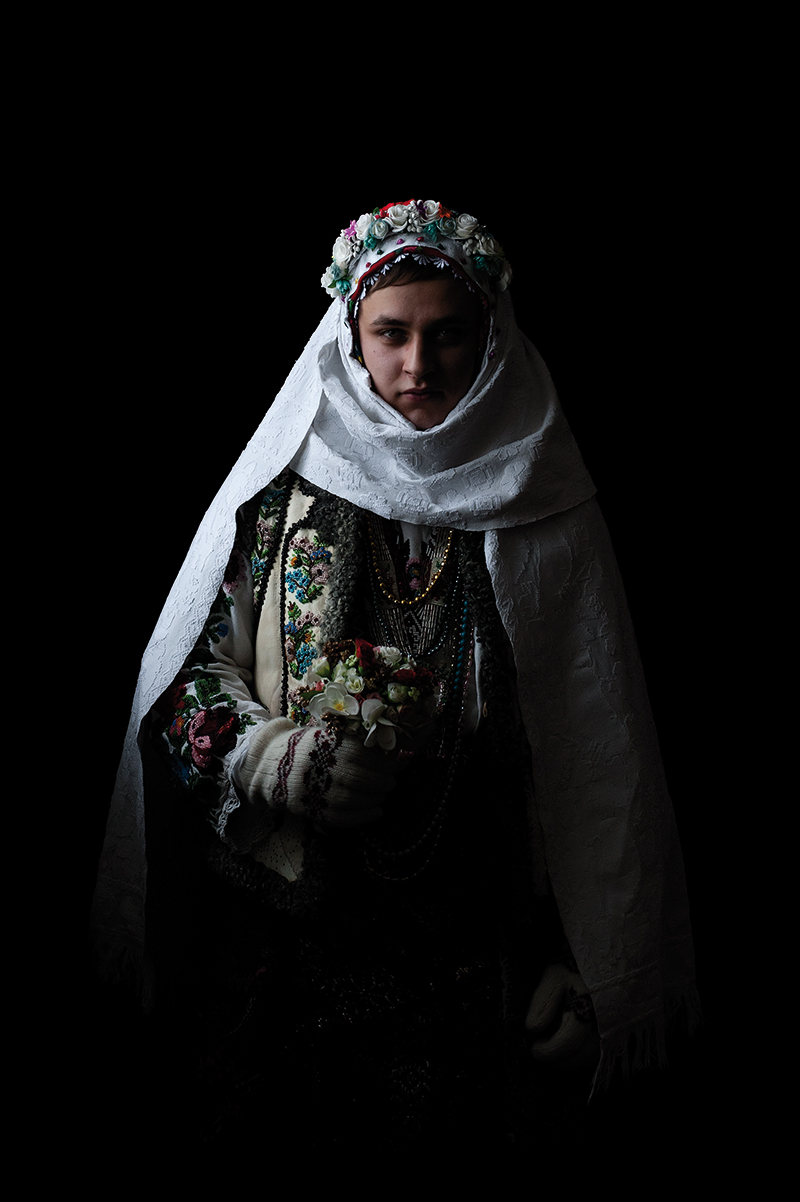 Iwajla Klinke, photograph from the series ‘Pearls in Herod’s Eyes,’ 2016

Many of the works in the exhibition eschew such essentialist ideas of female and male binaries, an upheaval that permeates the work of participating Danish artist Goodyn Green. In a selection of her photographs from the series ‘The Catalog,’ queer women are depicted replicating the hyper-masculine poses of men in pornographic magazines. Ridiculing the fragility of masculinity while also demonstrating an ability to appropriate hyper-masculine behaviour in an expression of autonomy, the works exhibit a reclaiming of behaviour that patriarchal forces might deny to them. This expression of pride in confrontation is also notably present within the exhibition’s front image; Sadie Lee’s painted portrait of renowned performance artist David Hoyle. Kirch explains that perspective is crucial to the effect of the image; Hoyle’s direct, piercing stare informs visitors from the outset that their gaze will not only be proudly accepted, but pointedly invited. The viewers’ own standpoint is therefore undertaken into generating a dualism of the subject’s vulnerability and strength. 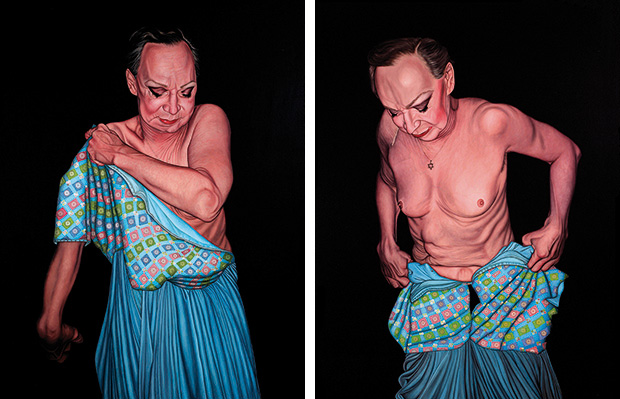 Finalising a concept for the exhibition proved to be a considerable task for all involved. Lévy stresses that the decision to focus on queer identity is by no means reductive, that it only opens up to an abundance of other topics. Keeping it open in this way also dismisses identity as a fixed configuration, a concept that runs throughout the show. Such is the case in Sadie Lee’s painting triptych ‘Holly Woodlawn Dressing I, II and III,’ an intimate representation of the legendary American transgender actress and activist putting on a dress. Lévy explained that showing Woodlawn in this intermediate moment of moving from being undressed to dressed, the ritualistic application of clothing signifies this ability to transform and moreover emphasises that within queer theory, gender becomes a highly flexible construct. Engaging with these ideas cannot be restricted to providing insights for the less informed into the queer community but presenting the idea that ‘queer’ is a framework for thought that can be applied to our broader social outlook.

A catalogue will be published on the occasion of the exhibition. A special edition of 22 catalogues with a signed and numbered photograph by Iwajla Klinke will be available for 450 Euros.