From September 21st to 24th, viennacontemporary will host artworks and programs from around 110 galleries and institutions from 27 countries in the Marx Halle. Built at the end of the 19th century by architect Rudolf Frey, Marx Halle was the first building in Vienna to have a wrought iron structure. Its light yet captivating interior plane will provide a spacious area for visitors to roam around the booths. By creating a stimulating space to interact with the artworks, viennacontemporary will proclaim its position as both a marketplace and a platform for supporting rising young artists. 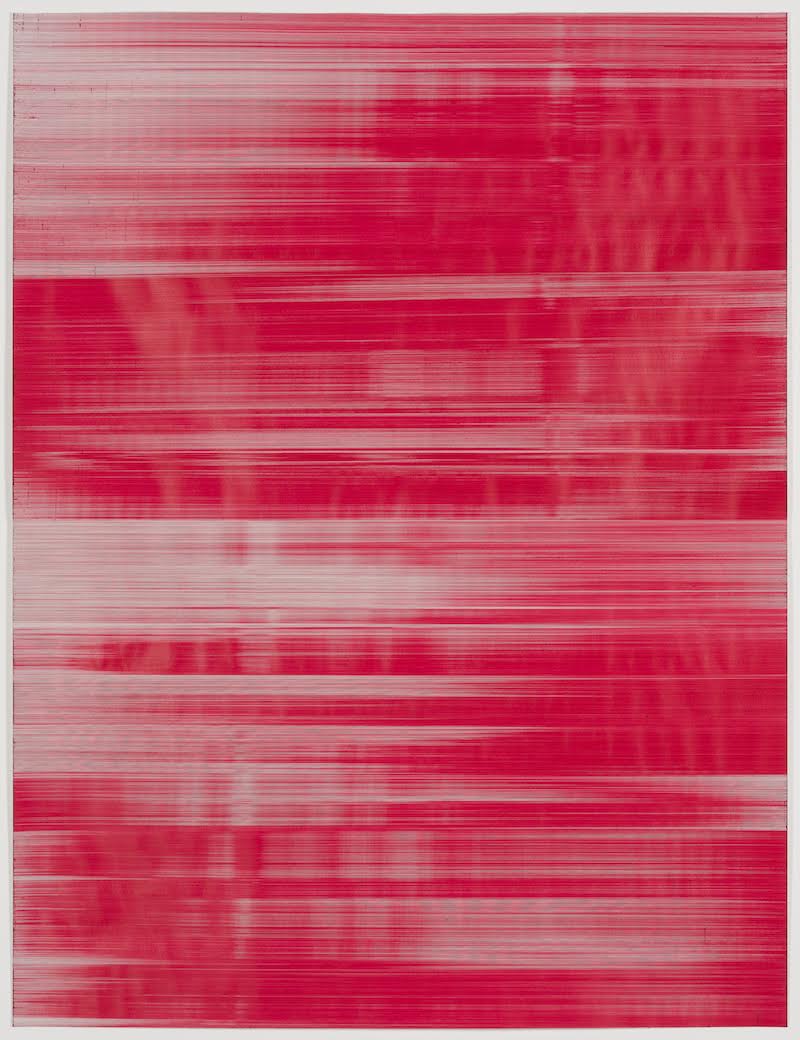 Several Berlin galleries will be represented at the fair, yet viennacontemporary’s Zone 1 will focus in on artists under the age of 40, born and educated in Austria. Rather than being restricted to a single theme, this area will be founded on a conglomeration of different artistic positions, ranging from dealing with how information storage is sorted for civilisation to expanding the boundaries of painting. Thilo Jenssen, who is represented by Koenig 1, will present a variety of his paintings that project into the viewer’s space by means of ‘crutches’ supporting the canvas. Other works will demonstrate how illusions of space can be created through two-dimensional surfaces, such as in the case of Theresa Eipeldauer (KROBATH), whose work revolves around her interest in printmaking. Known for the absurdity of his live participatory performances, Christian Falsnaes will provide a lively addition to the Zone 1 program.

Within a designated area, the fair will also acknowledge the strength of sculpture in commanding the physical presence of a space. In ‘Solo and Sculpture,’ nine artistic statements in the form of sculptures will be presented. Curated by Miguel Wandschneider, the featured selection will veer between the utilization of readymades and more originally constructed pieces. Yet not all deciding on one or the other, the work of Michael E. Smith pivots between the two, adapting found material into his own creations.

Another aspect of the fair will commence with a more political inclination. This year’s special show is dedicated to the Hungarian neo-avant-garde of the 1960s and 1970s, which has often escaped recognition. ‘Focus: Hungary’ will alert us to the blurry understanding of Hungary’s interaction with the West at this time. Stemming from the unofficial art scene on the periphery of institutions, the neo-avant-garde in Hungary of the early 1960s showed a widespread fascination with abstract, geometric forms not dissimilar to several other movements in Europe. Visitors can expect an investigation of the artistic roots affecting contemporary art production rather than a linear narrative. Ranging from artists Ferenc Lantos and Dóra Maurer, the works provide a mix of polychromatic and more subdued colours.

Visitors to Vienna Contemporary can also enjoy programs outside of the booth space. As part of the Cinema program, curator Olaf Stüber presents films and videos of Austrian and international artists that were submitted by the galleries participating in viennacontemporary. These will have an international scope, including Russian-born artist Evgeny Granilshikov. There will also be a series of panel discussions, one of which will expand out from discussing art itself into the practice of critiquing it. In the talk ‘Positions in Print: The Ethics of Art Writing,’ the panel will address the criteria used by art critics in discourse and how the established protocols for art criticism have become complicated in recent years.