Taking a moment on the bench outside Hamburger Bahnhof on a sunny Saturday afternoon, I witnessed the farcical scene of an elderly man attempting to enter the museum, being barred from doing so by one of the doors, off its hinges and hopping left and right mirroring his steps, much to the man’s frustration and the amusement of those in the packed courtyard. Alvaro Urbano‘s ‘Welcome, Not Welcome’ greeted throngs of people drifting in and out of the second edition of the ‘Festival of Future Nows’.

The festival was launched by Olafur Eliasson shortly after the Institut für Raumexperimente—a satellite school of Berlin University of the Arts—closed in 2014. As with the first festival held at the Neue Nationalgalerie, the four-day spectacle of artworks, performances, workshops and ‘actions’ brought together a network of artists from amongst Eliasson’s students and affiliates. 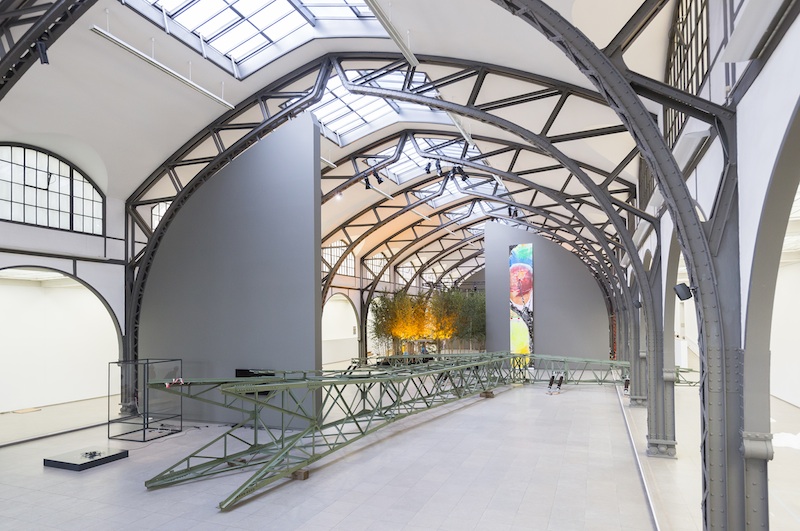 The exhibition text describes an intent of ‘deliberate abundance’, a space of spontaneity and ‘ambiguous encounters’. On first entering this was very apparent, meeting a mass of unmarked artworks and frenetic activities that created an overwhelming sense of confusion. Two large-scale works defined how the space was traversed; Malte Barsch’s ‘Brumm, Brumm Brumm’, a utility pole framework which literally cut the space and ‘on rainy and foggy days’ conducted a 50Hz frequency from the museum’s power grid; and ‘Yellow Forest’, two groves of birch trees sitting either side of the central stage area, created by Eliasson in collaboration with landscape architect Günther Vogt. The trees were haloed by monofrequency lamps, altering visual perception while enabling photosynthesis and, in reference to Eliasson’s citing of Kippenberger (‘I’m going into the birch wood, for now my pills are kicking in’), allude to the forest space and ‘states of expanded consciousness’. 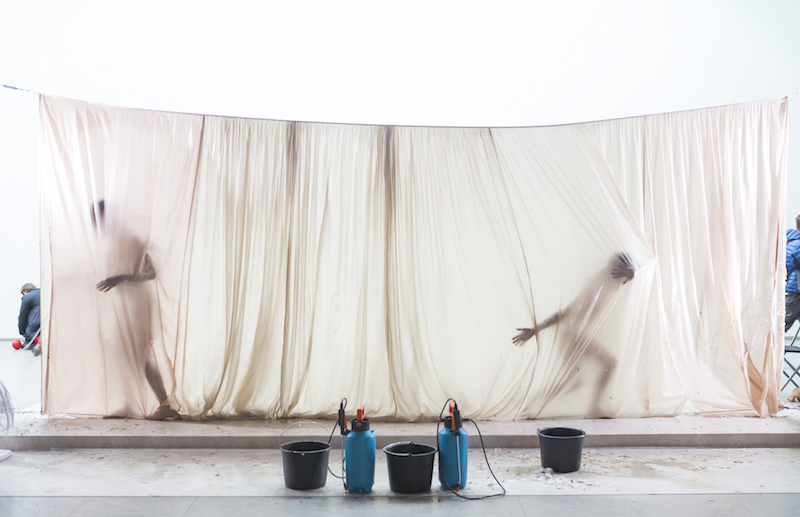 Altered states, shamanism, spirituality and all things beyond or peripheral to perception were touched upon throughout the festival, as well as socio-political themes. From the ether to literal earth (here hanging in a hammock), Eliasson’s gesamt-philosophy pervaded. The body was fully inhabited in visceral performances such as ‘Membrane’ by the collective ThinkingHand, while elsewhere the borders between bodies were questioned, such as in Merlin Carter’s piece ‘your movements have been transposed onto the body of another’. Technology and science merged with familiar Eliasson motifs of light, space, motion, time, the study of fundamental phenomena, and the experience of sound. While the frequency from Malte Barsch’s piece was inaudible in the clement weather, ‘Ton’, an intervention and sound performance from the Akademie der Bildene Kunst Nürnberg, let out painful drones of drilling through speakers, flooding an interior walkway, while a huge chunk of concrete was slowly destroyed outside. A simple, playful exploration of materiality and sound. 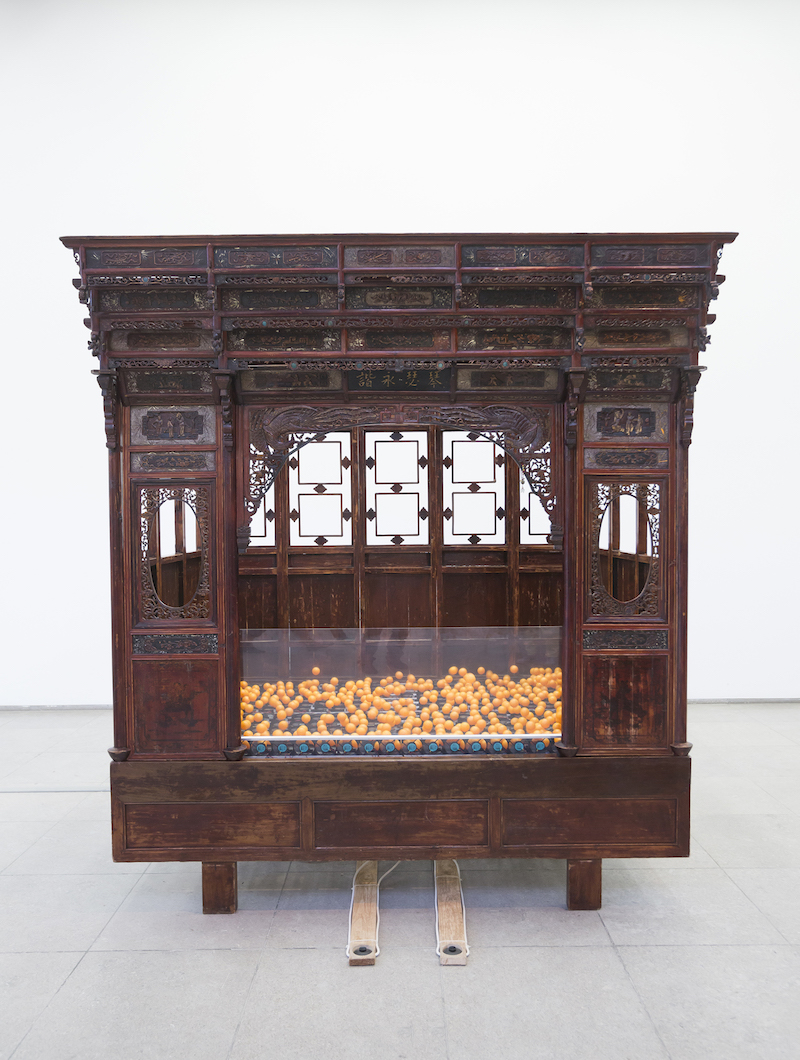 By Saturday afternoon the accompanying brochures had run out, so visitors were left wondering what anything was, or who had authored it. Complex narratives addressing the ‘more than human’, specific details about scientific resonances, histories of journeys made by boxes stacked in the gallery, all this was lost, making for a blur of statis and activity. Perhaps this disorientation added to the experience, but for the works that already suffered from their slightness—melting ice balls in the courtyard, the pile of rubble on entry with which you could draw on the pavement—the lack of information was terminal. Other works such as Matthias Sohr’s ‘Strut’ and Anne Duk Hee Jordan’s ‘Yoko and Ono’ held their own, both with a twist of dark humour and irony. 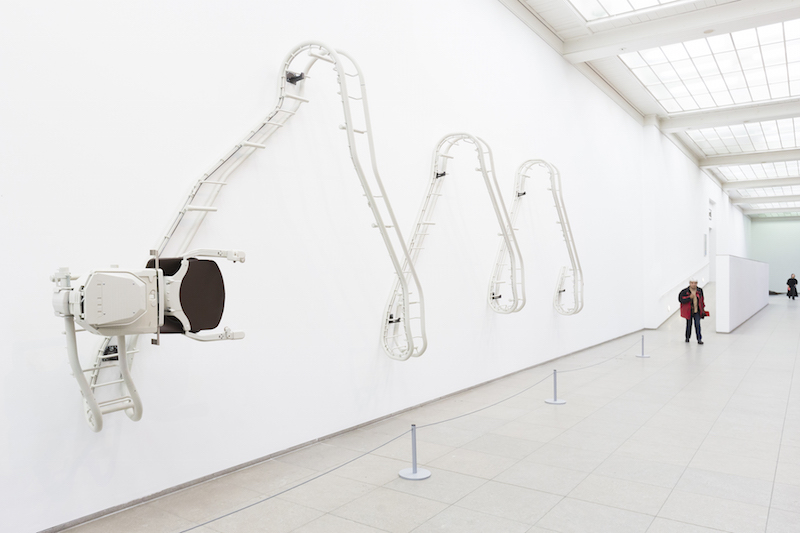 When I visited, CuratorLab were performing ‘The Trial’, a performance based on the original courtroom recordings from the 1982-84 trial of the members of the Autonomia Operaia. Fragments of the script could be heard above the noise of people drifting by: ‘A solid revolution that will change all relations between people’, ‘revolt at all levels’. There was a sense here, not so much of an actual creative revolution, but of a sincere desire to create one. 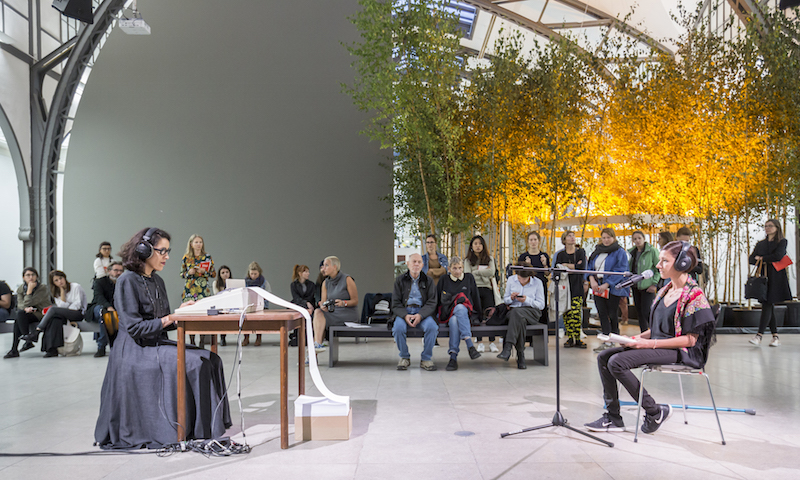 It was a radical move by Eliasson to take a professorship at UDK and relocate the class to his own studio, breaking with the tradition of the European Academy in an endeavour to establish a more democratic arena in which to exchange ideas. This pedagogical impulse has its own history, from the Bauhaus and later Black Mountain College, equally founded on an experimental attitude of interdisciplinarity and social democracy. Eliasson’s model arguably builds on this history, which is deeply influenced by the progressive educational philosophy of John Dewey. Dewey was a strong believer that art and our experience of it is essential for nurturing an individual’s capacity to participate in a democracy, which is also the question at the core of the festival.

Admittedly there were moments when one could be forgiven for thinking they had walked into a student show, the contributors having recently escaped an ayahuasca cult; eccentric, incoherent and professing visions imperceptible to common reason. However, for all its flaws, the ‘Festival of Future Nows’ brought the museum to life. Its all encompassing ambitions cannot help but include failures, but the theoretical underpinnings of this model of knowledge production are arguably as vital as they have ever been, if not more so. The drive and energy behind the festival was impressive, proving overall to be a refreshing, optimistic and convincing counterpoint to the commercial overload of Berlin Art Week.