Harun Farocki was a prominent ethnographer who developed a marked style of film-essays that utilized text, image, film and found film footage to dissect his capitalist surroundings, forming discursive pieces that went head-to-head with complex political subject matter others would shy from. Considered one of Germany’s most prolific filmmakers, in his almost 50 years of work he produced over 100 experimental and documentary films, essays, shorts and features. His legacy also graced us with extensive media theory: he worked as a lecturer and, in the later part of his career, expanded his cinematic experiences into video installations. Four years after Farocki’s sudden death, a collaboration between Neuer Berliner Kunstverein (n.b.k.), Arsenal Institute for Film and Video Art, The Harun Farocki Institute and Savvy Contemporary has undertaken the first comprehensive retrospective of his work, spanning three months. The restrospective is an homage to his transcendent oeuvre, which is still surprisingly undiscovered outside of film cliques. 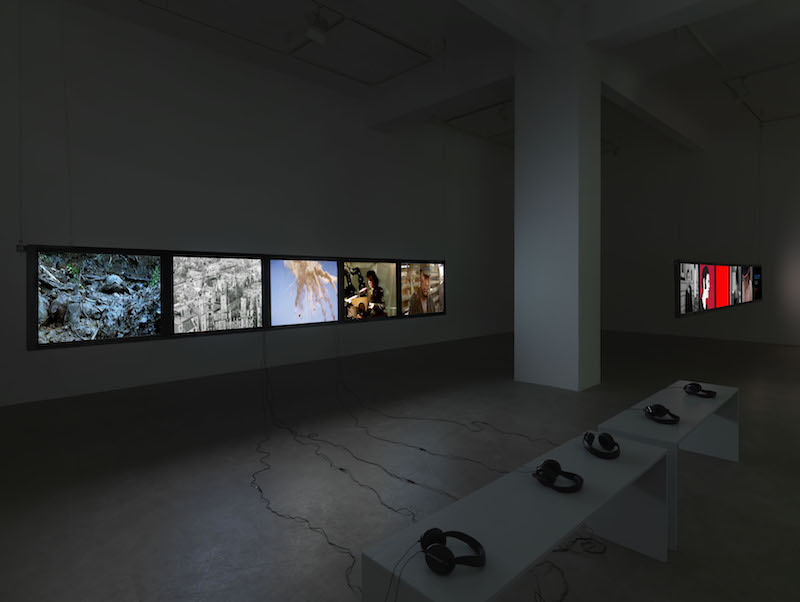 ‘Mit anderen Mitteln—By Other Means’ is the portion of the retrospective at n.b.k. showcasing Farocki’s video installations. The exhibition is minimal and neatly curated, allowing the themes of each piece to protrude. The installations that were designed for the gallery space but deal with cinema are a quintessential snapshot of Farocki’s critical observations, the visual communication of his discoveries and their intricate and acute critique of social issues. The largest installation, ‘Re-Pouring, Variation I’ (2010), consists of a 20-minute video loop of a robot pouring water from bottle to bottle. Do not mistake the banality for lack of meaning, however: the work cleverly probes notions of the worker, automated labour, technology, futurism and the future of our species. 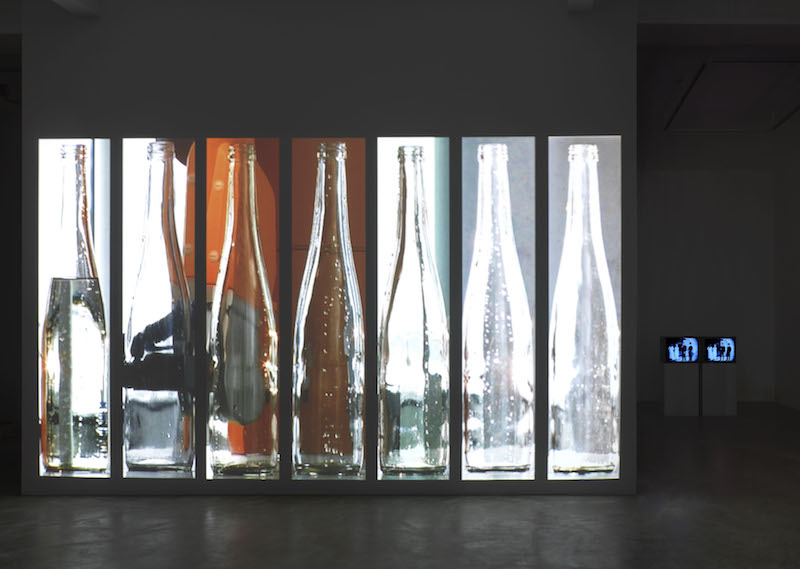 Moving past the captivating repetition of water pouring, visitors come in contact with ‘Feasting or Flying (2008), a 6-channel video installation examining the motif of male suicide in fictional films. Scenes, sounds, lines and credit information from each film are schizophrenically spliced next to one another, pulsating between the 6 screens and sometimes coming to focus on one suicide scene as the rest go black or red. Its a curious sensation to experience this collective contemplation of suicide, somewhat isolated in a corner of the gallery, in the dark. 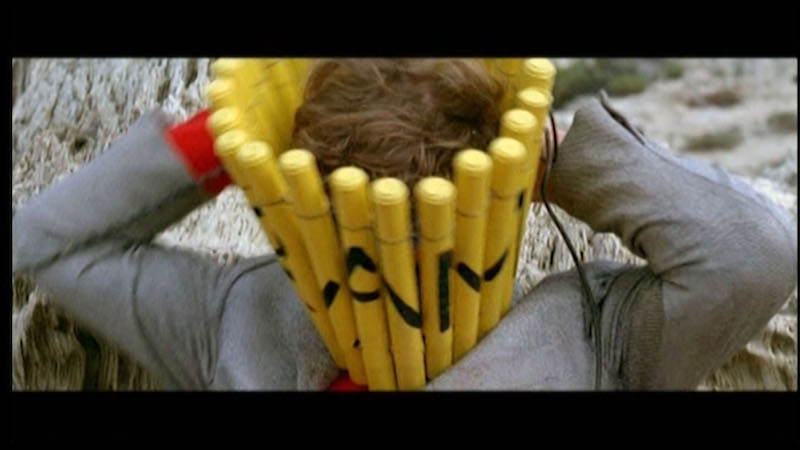 In collaboration with the exhibition at n.b.k., Arsenal have taken on the task of screening the closest retrospective of Farocki’s films to date. His oeuvre—ranging from agitprop, pamphlet-esque films to self-reflexive and associative forms— can be found at Arsenal over the next months. Titled ‘Year by Year / Side by Side’, the ‘Year by Year’ section showcases all cinema and TV programs that are currently available, in same chronological order in which Farocki made them; running parallel to this, the ‘Side by Side’ segment presents more casual works next to key cinematic works, outlining Farocki’s varied practices and how they were inter-connected. One example of the chillingly accurate social analysis, typical of Farocki’s work, is found in ‘Prison Images’: an institutional critique of control technologies and surveillance, showing the state of inactivity into which prisoners are thrown when incarcerated. Footage from contemporary America is juxtaposed with that of prisons and mental hospitals in Europe at the beginning of the 20th century. 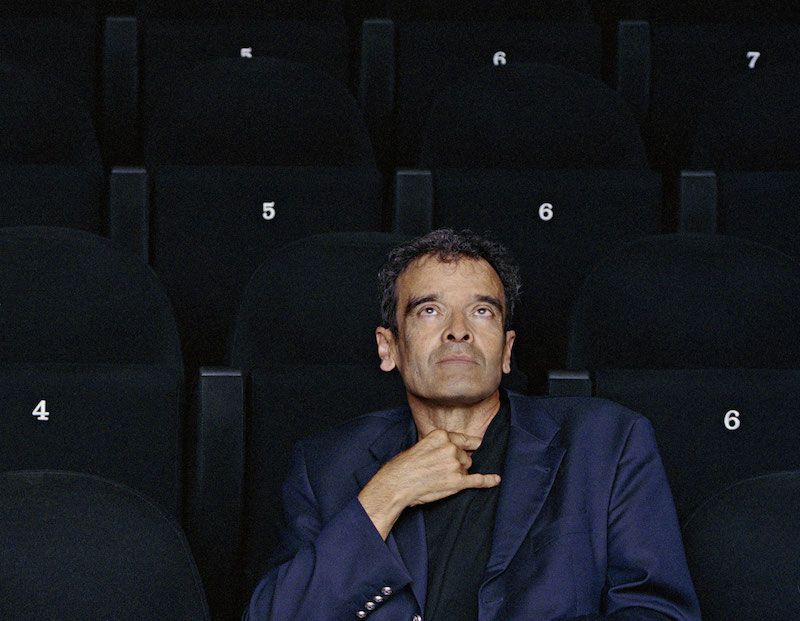 Through the course of the retrospective at Arsenal and n.b.k., The Harun Farocki Institute have initiated an educational-performative platform titled ‘Farocki Now: A Temporary Academy’, which aims to serve as a forum for workshops, presentations and debates exploring the relevance of Harun Farocki’s work and thought.