Located in a former GDR horse stables, known as the ‘Kutschenkönig von Berlin’ (Coach King of Berlin), Box Freiraum is a transformed warehouse-style space that boasts diverse artistic and educational programs. Founder Carolina Mojito works with artists and curators to address urgent questions relating to identity, belonging, diversity and cultural exchange. The current program, ‘Re: Imagining Europe’, and the collaboration with curator Jurriaan Benschop, in this context, is apt. The current show conceptually follows an earlier exhibition, also curated by Benschop and positioned in Box Freiraum last year: ‘As If, At Home’ enquired into cultural origin and the notion of home in contemporary Europe amidst the influx of refugees and debates around what ‘home’ means now. A day before opening ‘As If, At Home,’ Brexit was announced. As a result of this political move and further concern and debate surrounding the refugee crisis, we have witnessed rapid shifts in narratives and an increase in nationalism throughout Europe. Due to this, curator Benschop felt the themes explored in the previous exhibition needed further probing. In ‘Re: Imagining Europe’ the themes present in ‘As, If, At Home’ are re-visited through a focus on artistic and creative diversity. The exhibition asks its artists and audience to re-imagine what it means to be European in these times of great political transition. 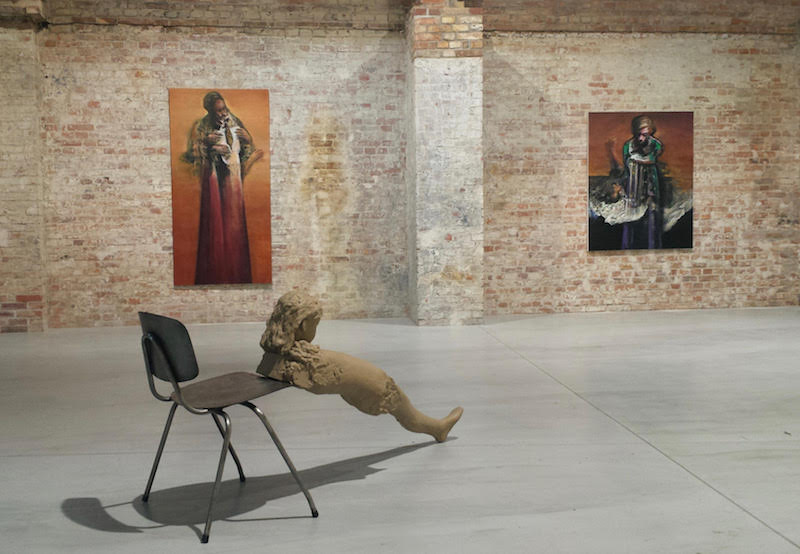 Showcasing a continent oozing in originality and creativity, the exhibition offers the viewer a degree of individual perspectives on belonging, cultural histories, art, politics and nature, as opposed to a more generalised one. Integrating artists from cities like Berlin, Enköping, Lisbon, London, Ronse, Thessaloniki, Vienna and Warsaw, the exhibited works voice nuanced narratives in times of migration, mobility, and political turbulence. Nikos Aslanidis‘ practice is evidently moulded by a wide spectrum of art histories, his paintings enchantingly echo those of centuries prior while still offering a contemporary voice within the genre. Standing in front of the work, one catches glimpses of various eras in the broader history of painting, ranging from that of 17th century portraiture, to the stylings from ‘Head VI’ by Francis Bacon and even Picasso‘s figurative work. The Thessaloniki-based painter references many painting styles, their correlating histories and contexts, to amplify the necessity for numerous dialogues, cultural and historical multiplicity. While Aslanidis articulates these themes through referential painterly styles, Portuguese artist Maria Capelo expresses them through documentation and drawing influenced by film. 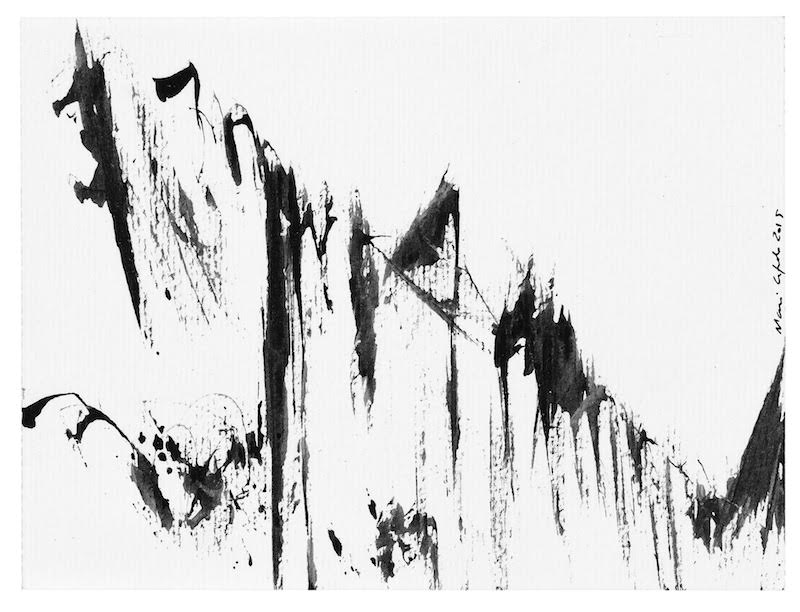 Capelo’s series of drawings, ‘Las Hurdes’, use gesture, observation and repetition to pose questions around representation, fiction, falsity and variation in narrative. The work is derivative of a film still: Luis Bunuel‘s film of the same name, set in the mountainous landscape in the Spanish region Extremadura. In Bunuel’s film the story follows the lives of the people living in the extremely poor region of Extremadura in the 1930s. Capelo takes the horizon of the mountains in a still to draw the 100 pieces in her ink series, ‘Las Hurdes’. The gestural strokes contain a nervousness and a movement. Although not figurative, they still encompass a human element and the personal memories of the artist, from other European landscapes that remind her of home. This ambiguity in motif and her choice in film is telling and draws attention to the fiction that underlies any representation of a people. 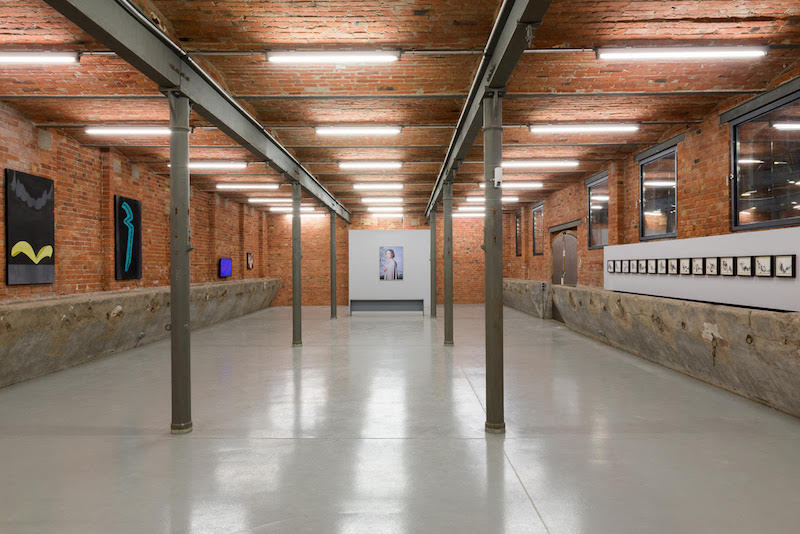 A sudden shift in psychological state and visual stimuli is found in the journey to the cellar of Box Freiraum, entering the fantasy world of Pauline Curnier Jardin. The 30-minute video work ‘Grotta Profunda, Les Humeurs du Gouffre’ (2011) delineates the artist’s objective in creating mythologies and varying stories of origin. Based between Sweden and France, Jardin initates movie-performances that integrate cinema and stage narrative. ‘Grotta Profunda, Les Humeurs du Gouffre’ is a surrealist fantasy world that provides alternative narratives to the beginning of time where the protagonist—a large all-seeing eye—inhabits a cave and ponders all the big questions in life. The film shifts between the outer and inner world and is a lush and provocative visual feast. The artist’s methodologies invent these mythological and substitutional narratives to provide a catharsis and to break away from existing truths.

In times of political instability, narratives relating to economic, social and political perspectives that have become majorly dictated by and permeated through the media need to be countered with individual alternatives. This intention and the further investigation carried out through the second exhibition, ‘Re: Imagining Europe’, provides an eloquent example of artists using their field to communicate, connect and defy a ubiquitous European narrative. This kind of collaborative exploration of diverse identity and artistic approach is imperative in our contemporary moment. 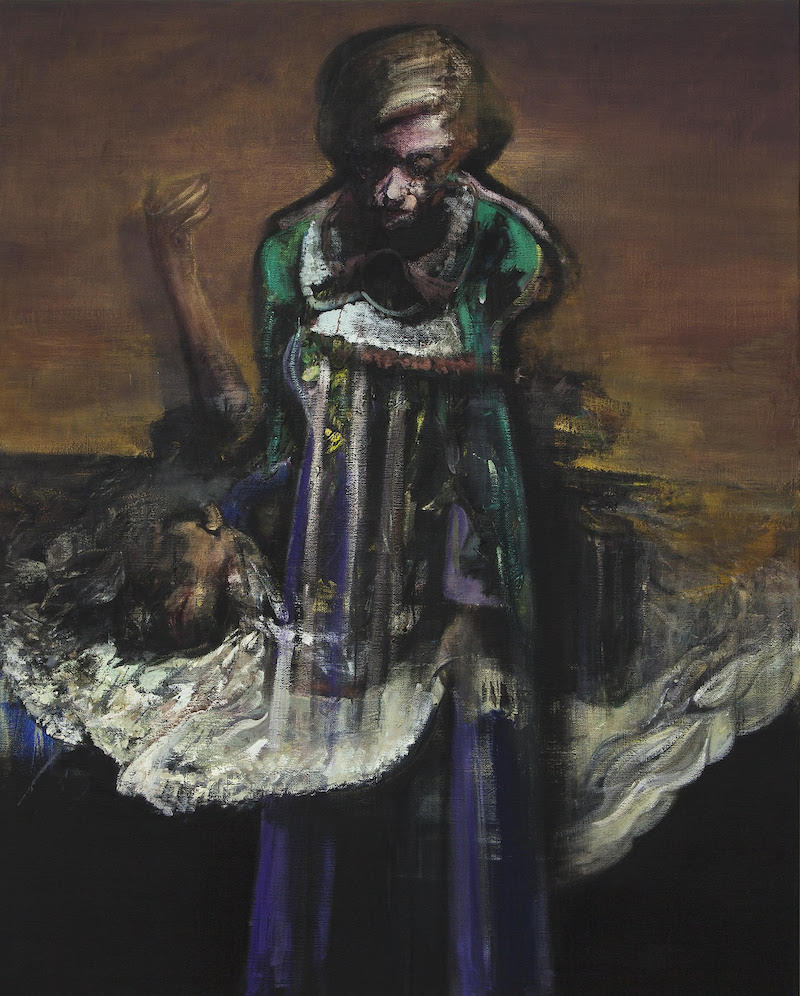