Shag carpet fills one room at Sprüth Magers in Berlin, and eight ambiguous, lounging foam figures recline in the darkness. Waiting for your own body to slip into them, or perhaps plug into them, they vibrate to every action on screen, sending a shiver up your spine that could almost be comforting. This elaborate set is the viewing station for Jon Rafman’s new work ‘Dream Journal ’16-’17’, an hour-long CG animated film, which is scored by the famously captivating musicians Oneohtrix Point Never and James Ferraro. The video explores nearly every terrain Rafman’s visual landscapes have allowed us to visit over the years, including computer games like ‘the Sims’ and ‘Street Fighter’ and childhood cult classics like ‘The Goonies’ or ‘Alice in Wonderland’, albeit in a strange, rough computer-generated imagery that is doused with sexual motifs, abstract blood splatters and comic couture allegories. Rafman grounds all this chaos in heroic figures like Joan of Arc, white-turbaned freedom fighters, cute hip amputees and anarcho-feminist insurgents. Rafman has the ability to lead every viewer into a world of play via his screened oracles, having often been dubbed the godfather of post-internet. He constructs the dreams and nightmares you have heard of, seen and will likely encounter in the future. Berlin Art Link caught up with Rafman before his opening to talk play, games, LARP and his never-ending schematics of reality. 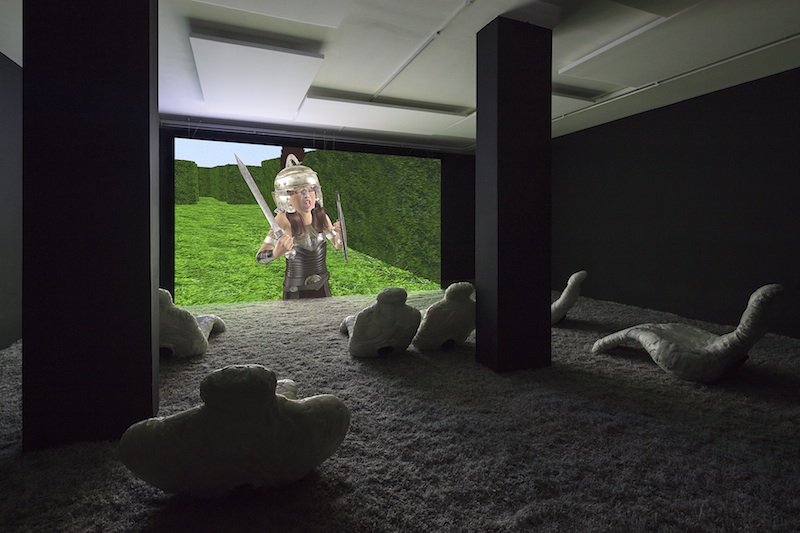 Penny Rafferty: I have always wondered if you have a gaming history or if you just stalk the net?

Jon Rafman: There’s some history. I was one of the top Yoshi’s in the tri-state area during the Mario Kart 64 days. And I did get back into gaming while conducting research for my film ‘Codes of Honor’, but I have to say that was in a more documentarian role. Throughout that time I went to Chinatown Fair arcade in NYC almost every day for months and months, I spent hours interviewing pro-gamers about the good old times.

JR: Yeah, I’m attracted to this particular obsession and dedication that gamers have, as well as the extremely ephemeral histories that gaming communities have built up. I can see both the Sisyphean quality and the tragic beauty they inhabit. Gamers attempt to master something that is always becoming obsolete. For me, this is an apt metaphor for the accelerated age we now live in. 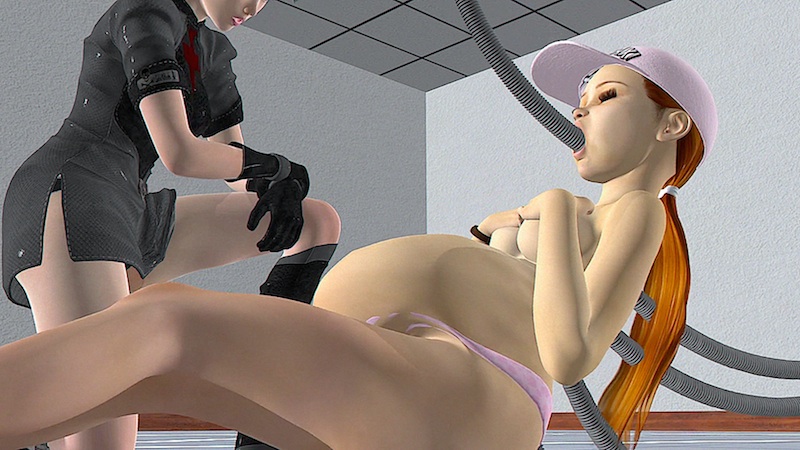 PR: It’s funny you mention the age we live in, I’m always finding moments of déja vu in your work. I find myself questioning my internal mind’s eye. Did I hear/see that before or some remix of that image, clip, sound. Your work is ultimately impersonal, due to its nature. Of want for a better word, fishing (pulling images via the internet) hence personal to all with its chopped, glitched narratives. We have almost seen it all before.

JR: Well, the way we see the world is deeply affected by the media we consume, especially early on in life. My process really varies from project to project, but as a practice it usually begins with the “stalking” you mentioned before. I have enormous treasure troves of found material. Often there is either a central image, mood, or memory that is the guiding force that I’ll build the work around. And a lot of times that sense of déja vu, or a sense of the uncanny, is condensed into that particular image/narrative and I build onto that.

PR: So does that make you the protagonist, the anthropologist, or the director?

JR: I’d say I’m the director first. I have definitely been a protagonist in some early video works, usually in the form of an exaggerated obsessive version of a certain ideal. And yes, sometimes I take on the role of a very amateur anthropologist. 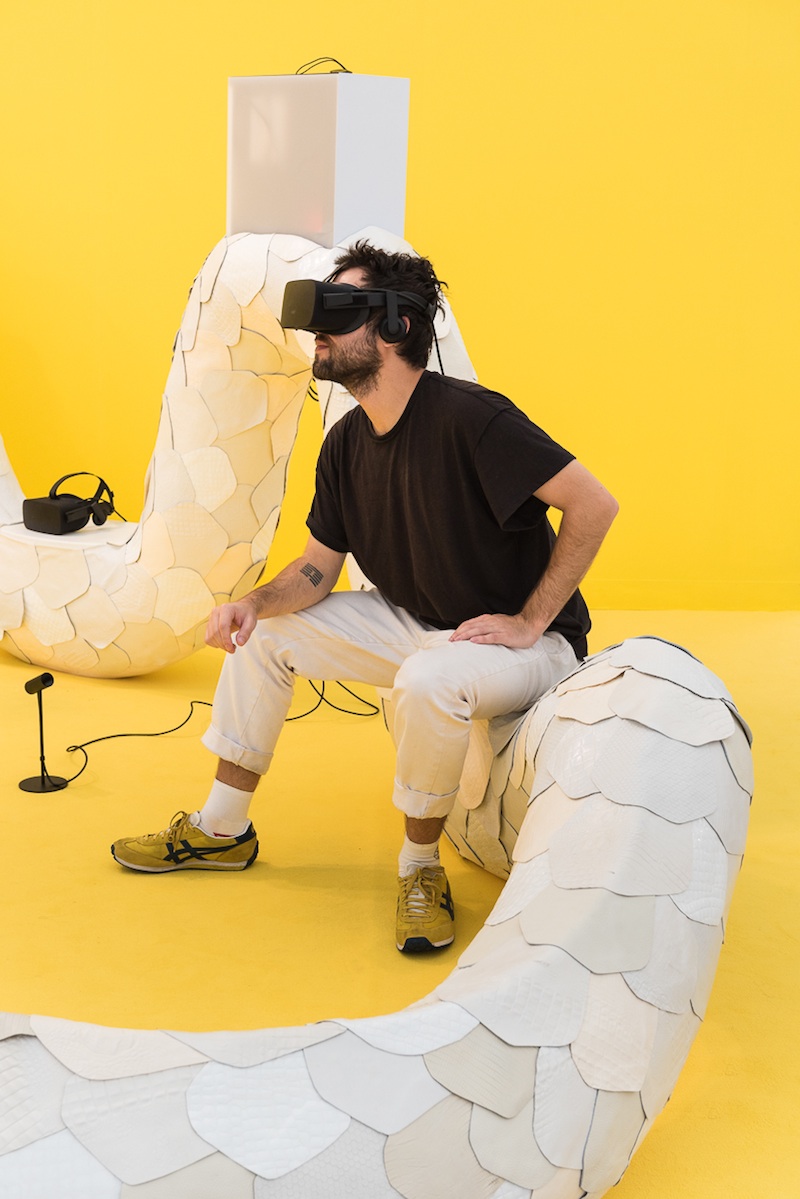 PR: You’re about to participate in the ‘Play Co Summit’, that Ed Fornieles and I are organising in London. I think Role Play is drawing in a lot of people in the arts who work in a cross disciplinary manner. What drew you to RPG, LARP and bleed (life and play crossover)?

JR: I’ve always been fascinated by Live Action Role Playing, which comes out of my love of fantasy, sci-fi, virtual worlds and gaming. Today it feels more relevant than ever: life itself has begun to feel more and more like a performance and so LARPing feels increasingly poignant as a way to reflect reality.

PR: ‘Sticky Drama’ is one work that stood out to me, as far as seeing bleed being explored explicitly with on and offline imaginariums in your work, and also its ability to explore notions of collective, cross-generational imaginations was really refreshing,

JR: All my work deals with those themes to some degree. The reason ‘Sticky Drama’ probably stands out so much is it was the first time that I worked in live action film and attempted to create my own virtual world in the flesh. Throughout my practice, I have tried to create different poetic universes, each with their own internal logic. In the case of ‘Sticky Drama’, Lopatin and I were pulling from everything from LARP culture to 80s and 90s body horror, to kid adventure films. 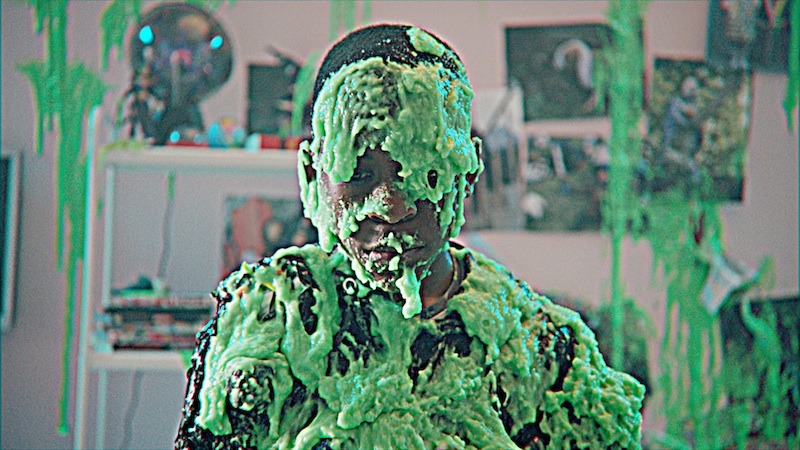 PR: That makes sense especially as I see the death drive so fervently in that piece: the death drive becomes a sort of euphoria in the film, like the end of the game is the high you yearn for as a player and director. In the film the chords of Oneohtrix Point Never slash through the walls of this cd-clad-micro blonde girl’s bedroom, it screams 90s revival but in the same way total euphoria, like hearing the happy hardcore beats of ‘Fly on the Wings of Love’ or ‘Better Off Alone’ does. The walls start to drip with slime, the protagonist spins and swirls in ecstasy of her/our impending doom or salvation. End game your ultimate love?

JR: If you look at things from a certain distance the desire to save yourself and to destroy yourself start to merge into one another. I believe the only way to achieve liberation is to understand the nature of our entrapment.

PR: Hence why you often address the traditional role of the inactive viewer, instead providing immersive viewing scenarios such as ‘Still Life – Beta Male’, which allows the voyeur to sit in a ball pool of pearls to comfortably float as the found-imagery plays out; or slip into the soft, waist-clinching seats of ‘Mainsqueeze’. Is this about the gaze, or concentration, or a tactile suggestion to watch?

JR: All of the above. I try to create a formal, sculptural or architectural dialogue between the themes and content of the video, and how they are physically experienced. 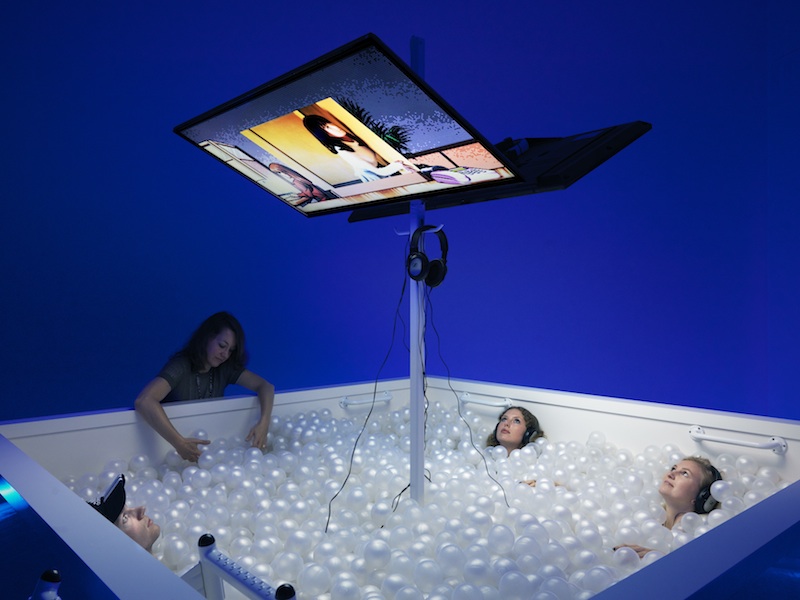 PR: Is your work was alluding to the past or the future or a timelessness?

PR: Will you make a wild guess?

JR: We will all be uploaded into an evil AI, tortured for all eternity, and never allowed to die. In this sense humanity will have finally achieved immortality, but it is a lot less fun than expected because we will all be endlessly suffering voiceless avatars.