It is not easy to make an “intervention” in a world so thoroughly organised around the sophisticated exploitation of human attention economies as ours. Hence, the term often becomes an inflated notion and buzzword in the art world designating any sort of lamentable attention-craving strategy. In comparison, the Weise7 art space of Sarah Grant and her collaborators in Neukölln appears almost suspiciously innocuous, given that their intellectual output and demanding yet inclusive pedagogy can create veritable paradigm shifts in perception and, perhaps above all, in practice.

We first met Grant on a sunny day at Tempelhof airfield in 2016 as part of one of the annual ‘Critical Engineering’ networkshops. Like Grant, whose eyes are almost frighteningly awash with intelligence, these workshops are serious business. Every year, participants often make their journey from different countries and even continents just to listen to Sarah and her collaborators. Together, they deconstruct at times fuzzy concepts like the internet, computer networks, and the cloud as physical infrastructure, and learn how to exploit and play with them. In an age where large corporations increasingly control and centralise online infrastructures and the flow of data, and thus ultimately the social production of ideas, such pedagogy is as subversive, transformative and disruptive as it gets.

Currently, Grant is organising the 3rd edition of Radical Networks, a tripartite event in Brooklyn from October 19-22, consisting of workshops, a conference, and an exhibition. This aesthetico-political transformation machine “celebrates a free and open internet“ and brings together artists, activists, community organizers, journalists, technologists, educators and the public. Berlin Art Link was able to catch Sarah Grant for an interview about Radical Networks and her work with Weise7. 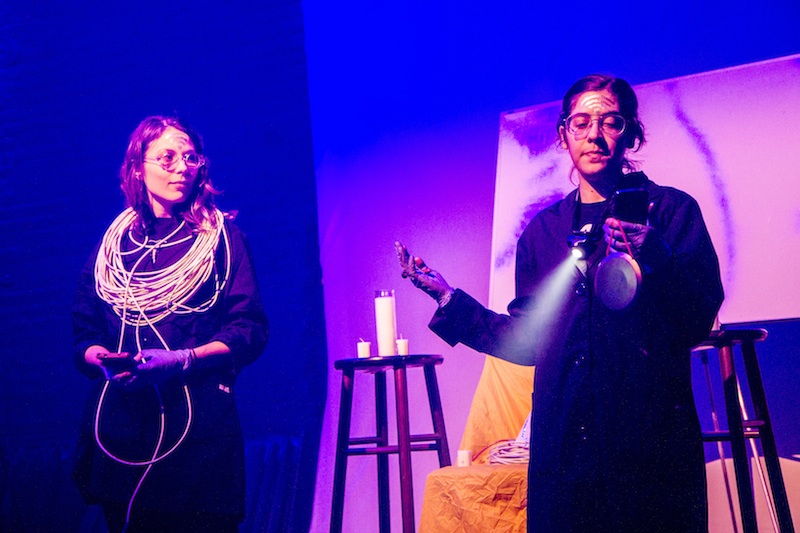 Nicolas Hausdorf: Why and how can networks be “radical“?

Sarah Grant: Radical Networks is for people doing radical things with networks and networking technology. This radicality can be defined as daring to use the technology for something other than it is assumed to be used for, which in this current day tends to be social networking and shopping. It can also be defined as people looking under the hood to see how we are being surveilled, how our data is being used, and how to use the technology ourselves to run our own web servers, files shares, or community web sites. Taking back control of the technology, even to a seemingly small extent, and learning how to create the infrastructure ourselves can be seen as a radical act. In this way networks can be ‘radical’.

NH: This is the 3rd edition of Radical Networks: Since you started the conference, has the internet developed towards decentralisation or more control?

SG: Well, it’s been going both ways, it seems. In the last year, we have seen many efforts supporting federation, decentralisation, and distributed computing, and they’ve been gaining popularity. One big example is the decentralised social network Mastadon. Another great example is Nextcloud, a distributed, self-hosted file sharing platform, which you run from your own hardware, giving you full access and control over your data. A final example I wanted to call out is ZeroNet, a peer-to-peer content distribution platform using Bitcoin cryptography and the BitTorrent network. There are many more examples, but these are a few of my favorites.

On the other hand, we know that corporations like Facebook and Google are busy promoting the idea of walled gardens in which they provide the infrastructure and the tools, thereby having full control of what data is transmitted and shared within those environments. How many sites these days require Google or Facebook logins in order to use them? Even sites that offer the option of using an email address instead, how convenient is it to just use your Google or Facebook login? The answer is that it’s very convenient, so of course most people will default to doing this.

Convenience itself is not a bad thing, but it’s important to know what the trade offs are by indulging in it. This is at the crux of what Radical Networks is trying to uncover. 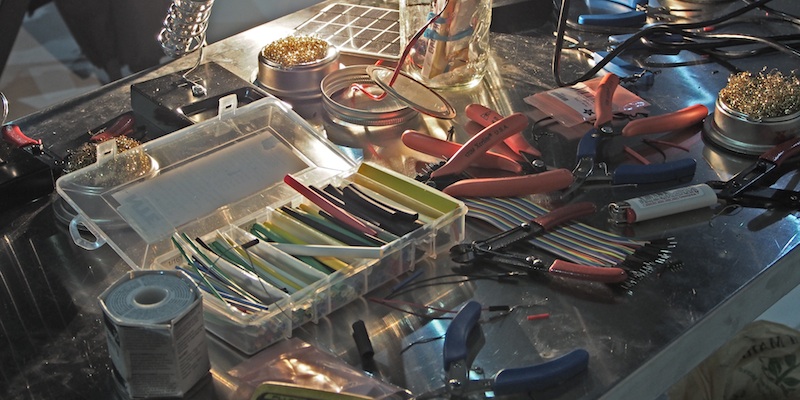 NH: Can you name a couple participants of Radical Networks that you find particularly interesting and that readers should know about?

SG: Brannon Dorsey is doing incredible work in this domain and I’m always surprised that more people don’t know about him yet. This year he will be showing a piece called ‘Holypager’. His own description about the piece:

“Holypager is a system that intercepts pagers messages in the city it resides in and forwards them to one main pager, the holypager. This is able to happen because pagers use an outdated protocol that requires all messages to be broadcast unencrypted. Pagers are still primarily used in hospitals to communicate highly sensitive information between doctors and hospital staff. Given this, Holypager serves as a reminder that as the complexity and proliferation of digital systems increase, the cultural and technological literacy needed to understand the safe and appropriate use of these systems often do not.”

Another artist doing fantastic work is Barcelona and Berlin-based artist Joana Moll. She is exhibiting her work ‘ALGORITHMS ALLOWED’ in which she takes a critical look at the tracking software created by American companies such as Google and Facebook that is used to restrict trade happening online between the US and countries with which the US has imposed embargoes. While being implicit in enforcing sanctions against online trade in these areas, assets from Facebook.com, Google fonts and Google analytics code are still allowed to run freely between the US and websites which are physically served from hardware within these restricted regions. Therefore, she is pointing out the hypocrisy of how Google may control and enforce economic embargoes, which hurts the economy of the restricted countries, while at the same time themselves, in addition to other American tech giants like Facebook, are still freely running and presumably profiting off of their own products embedded in websites from these restricted lands.

This raises the question: Which ‘algorithms’ over the internet are allowed, and which are not – who is it benefiting and who is restricted? 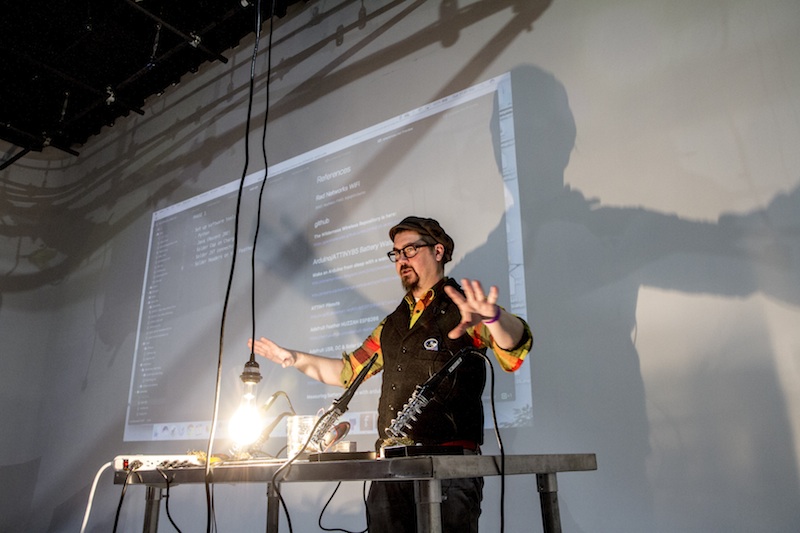 NH: Pedagogy and a spirit of demystification appear to be constant themes in your work. Where does this stem from? And are you successful in this project or do you find the knowledge gap is increasing?

SG: This stems from us feeling frustrated that as time goes on, we all become more dependent on this thing called the internet. Yet it is marketed to us via abstract terms such as the “Cloud”. I find it sinister because to create intellectual distance between ourselves and a technology we are nearly entirely dependent on creates a knowledge gap and leaves us vulnerable to being taken advantage of. You cannot protect yourself against something that you do not understand. This is the motivation for running events like Radical Networks or workshops, as I am often doing both independently as a part of the Weise7 studio I belong to in Berlin. With that said, it’s hard to change the world one 15-person workshop at a time, but we always fill all of our workshop seats, so that in itself is encouraging. 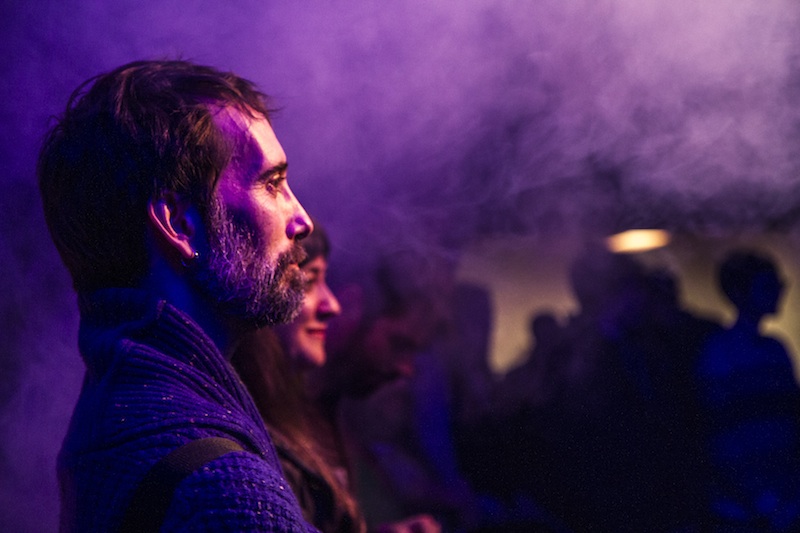 NH: Where do I get started if I want to learn and participate?

The best way to get a solid introduction is to attend a workshop. We at Weise7 studio here in Berlin offer workshops every summer and sometimes during other times of the year, which do exactly this. From introduction to command line to introduction to networking concepts and even software defined radio, the goal is to offer a gentle and yet thorough and often intense instruction on how to get started working with these technologies yourself. Another great place to get an introduction to these concepts is C-Base, also in Berlin, where you can attend workshops or social events, or the Freifunk Berlin meet up that happens every Wednesday. Freifunk is the community network that runs throughout Berlin bringing community-built infrastructure and connectivity throughout the city.

Finally, attending conferences like Chaos Communication Congress is a way to totally immerse yourself for several days in talks, workshops and social events that address not only DIY networking, but also privacy, security, and creative works taking a critical point of view on the current state of communications technology.