“As a writer reading, I came to realize the obvious: the subject of the dream is the dreamer. The fabrication of an Africanist persona is reflexive, an extraordinary meditation on the self; a powerful exploration of the fears and desires that reside in the writerly conscious. It is an astonishing revelation of longing, of terror, of perplexity, of shame, of magnanimity.” – Toni Morrison, ‘Black Matters’ (1992) 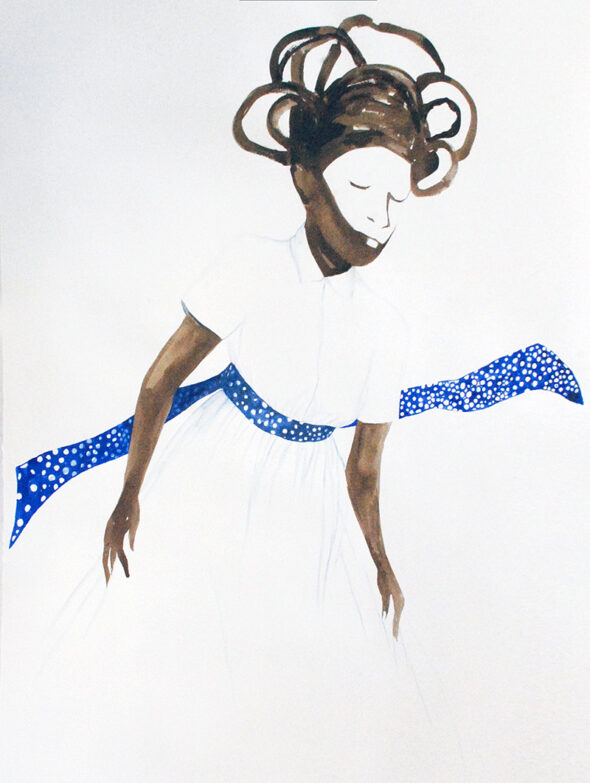 The title of Galerie Barbara Thumm’s current exhibition, ‘Black Matters,’ functions twofold: the show both centers around the concerns of the Black community and recalls the 1992 Toni Morrison essay that emphasizes the vitality of the Black perspective on the Africanist narrative, from which it historically has been omitted. Morrison and curator Octavio Zaya note the scarcity of Black figures, especially those with agency, in our Eurocentric visual and literary canon. The exhibition shifts the viewpoint of African American life, from speculative, third person accounts by white narrators to critical, first-hand accounts by Black artists. In the words of Zaya, Curator-at-Large for the Museum of Contemporary Art of Castilla y León (MUSAC): “Matters important to Black artists must matter to us all, as our multiple subjectivities share a common space of art.” While the thesis of the exhibition is simple, in a world in which Black Americans face persistent injustice—evidenced by the murders of Michael Brown and Anthony Lamar Smith, among others—an exhibition that highlights the introspective and activist works of contemporary Black artists could not be more imperative.

Cuban-born artist María Magdalena Campos-Pons’ ‘Untitled #5’ (2017) considers the absorption of pigment through the poetics of material and metaphor. Campos-Pons imagines her subject against and within the negative space of the white paper. In minimal strokes of stark brown paint, the artist shapes the figure, cloaked in a white dress that fades faintly into the white abyss of the background. The blue tie of her dress runs across the pages like a river; throughout her practice, Campos-Pons’ explores the motif of water, a contemporary vehicle for paint pigment and the trafficking of slaves. The figure’s white, expressionless face conceals her facial features, silencing her as she recedes into the page. However, ‘Untitled #5’ asserts potentiality; the floating figure is unbound by the gravitational laws of the natural world, as opposed to the unjust interpretation of the laws of the political realm.

As Morrison notes, the subject of the dream is the dreamer. However, these artists do not just imagine, but take action: the subject of the resistance is the resistor, the artist. Chicago-born artist Dread Scott, whose nom de plume stems from the 19th century American slave and social activist, documents a fearless performance of defiance in his photographic triptych, ‘Burning the US Constitution’ (2011). Inspired by Ai Wei Wei’s ‘Dropping a Han Dynasty Urn’ (1995), in which the artist destroys an object of cultural significance and monetary value, Scott’s performance manifests more fortitude than iconoclasm. The ashes of this act do not mourn the sanctity of an object but rather declare the failure of the texts, on which the United States was founded, to protect Black Americans. Scott notes: “I don’t think art by itself is a revolution, but I think that it can contribute to people more substantially and fundamentally seeing a different world.” Scott questions the efficacy of the American government, whose laws denied the liberty of his namesake, in an act repeatable by other activists. In the final photograph of the triptych, Scott confronts the intended audience of these promises—privileged, white citizens—with his direct gaze; as subject he bears witness to the inaccessibility of aspirational liberties purported by the US Constitution to be ‘for all’.

Carrie Mae Weems’ ‘Not Manet’s Type’ (1997) takes a critical look at the structures that inform our aspirations of beauty, connection and autonomy. Weems works within the canonical realm of Art History, citing the treatment of women by Manet, Picasso and Duchamp to expose the underlying prejudice towards the Black female body and agency. With a command of the dominant narrative—noting its traditionally white gaze—the artist asserts her own account through sardonic captions. Though her gaze never meets the viewer’s, she affirms and reflects her subjectivity through the mirror, revealing a history of objectification and the process of our own looking. Weems dispels stereotypes of artist and subject through textual fiction and visual avowal. In a sublime phase-change from excluded model to prolific icon, Weems reclaims the agency of the Black female body through a control of her own image and its framing. 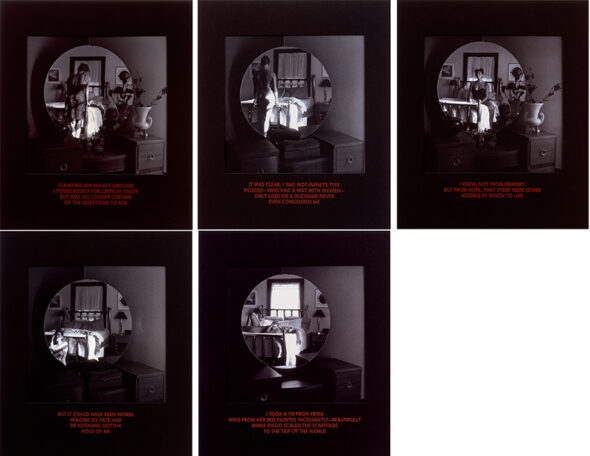 The press text for the exhibition constructs ‘Black Matters’ around circumstances of increased racism and resistance of African immigration in Europe. However, the exhibition only features Black American artists; to conflate Black identity in America with Black identity in Europe is to essentialize Black histories and does not account for the nuanced degrees to which nationality and skin color construct notions of race on each respective continent. To honor the true aims and efficacy of these artists we return to their contexts, and the exhibition successfully centers the conversation around the voices of Black Americans. In order to accurately understand the contemporary European politics that the curator describes, we can only hope for a subsequent exhibition of Black European artists.