Collective sleepovers recall pyjama parties as a teen or, on the other end of the spectrum, nights of debauchery at a kinky or psychedelic orgy. ‘Silent Night’ is neither. On September 23rd, this sleep concert series put on by Czech tape and music label Genot Centre and Radio Wave—at PONEC, Prague’s theater for dance—was a waking dream. In every edition, forty listeners are given a single mattress, a soft pillow, and a warm blanket to spend the night in the wake of experimental and ambient sounds. It’s a sonic intervention, transforming notions of the stage and creating a virtual sense of time and space in the listener. 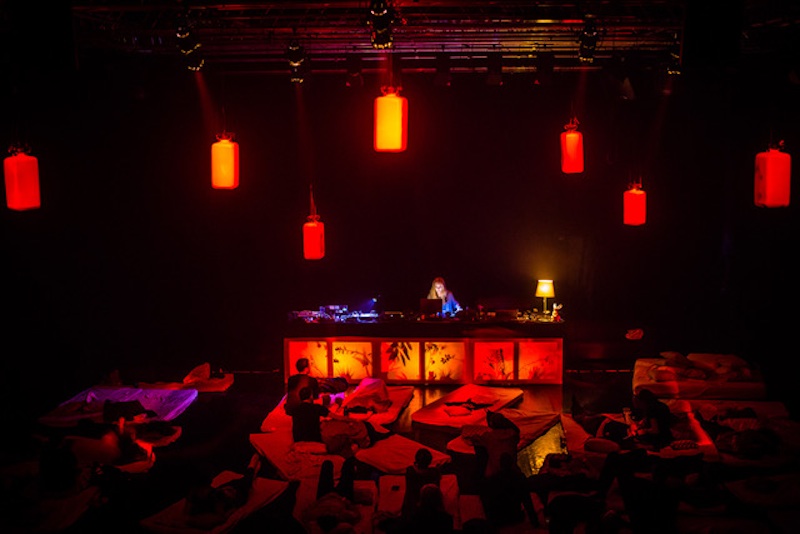 Reminiscent of the sound seances by 1980s sleep concert pioneer Robert Rich, this event is somewhere in between sound therapy, a hallucinogenic trip, and a lucid dream. German-born, British composer Max Richter’s ‘Sleep’ at the post-industrial Kraftwerk in Berlin in 2016 also comes to mind. His classical durational concert drew 400 listeners. Sprawled out on raised cots like in a war-time hospital, the audience plunged for eight hours—the suggested hours for a healthy sleep pattern—into a composition without breaks. The concert reverberated in the vast halls of the former factory. These kinds of performances also conjure up parallels to science fiction rituals described in George Orwell’s ‘1984’ as the “feelies”.

In comparison, Silent Night’s avant-garde concert format differs in scale, pace and atmosphere. This is precisely its advantage. A tightly-curated ongoing event series showcases international, experimental sound artists and fashions an unforgettable moment and personal experience. From an artistic point of view this concert is a performative and installation-based Gesamtkunstwerk from evening to breakfast. Here, sleep marries sound art and reinvents the contemporary dance theater, bringing club culture to its floor plan. 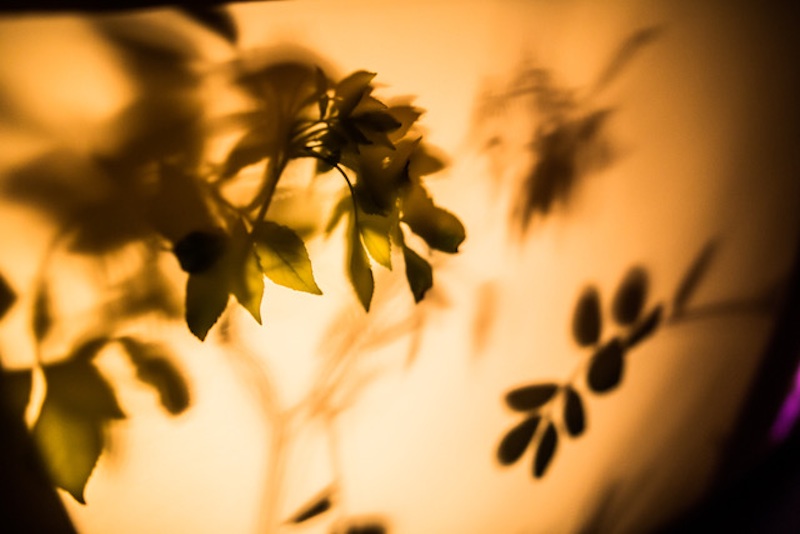 PONEC was transformed into a sea of cozy mattresses. Dim lanterns hung from the ceiling, exuding a changing-color, glowing light, akin to the function of a harsh strobe but soft and consolatory, instead. It was incubation time. Though the listener’s body rested passively and horizontally, eyes closed or open, the mind was active in the dark. The sound artist stood behind a long lectern plane with synth, cables and laptop. It cast flickering shadows of flora and fauna. A sign of good fortune, Maneki-neko, a Japanese good luck charm, meditatively swung its arm to the pulse of the music as a shadow: a comforting reminder, when zoning in and out of consciousness, as the sound invaded the mind. This intervention made the boundaries between internal and external spatial perception fluid. A form of escapism or path to self-discovery, only morning would tell. 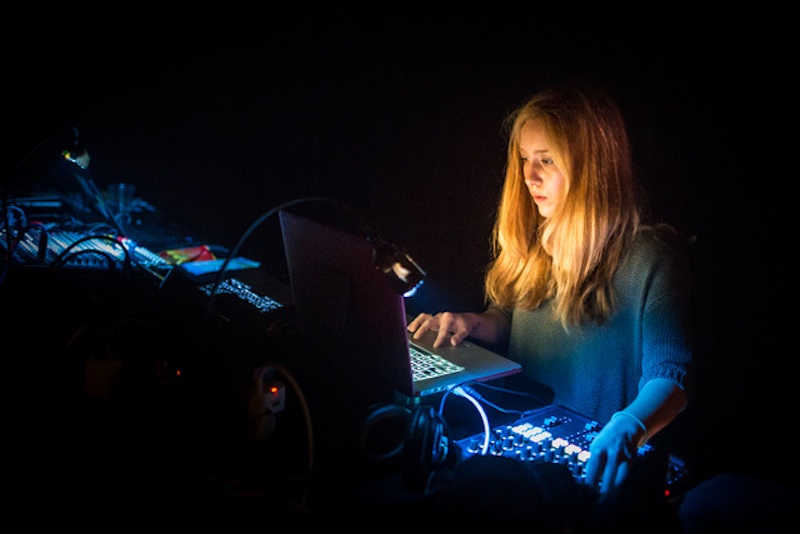 The listener either conked-out in dreamless darkness or in an ambivalent state of internal gazing to the will of the sound artist. This experience created an altered state of mind, however, its psychedelic potential had nothing hippy about it. This environment, though spiritual, was eery: no smartphones, no talking, the sound is the preacher. Like in a lucid dream, the listener had to learn to navigate the sound waves. Your mattress was your ship, your designated, self-contained space. You as a body were alone, but not alone, surrounded by the merciless continuous musical drone and the breathing of strangers in close proximity. Somehow this awareness was reassuring and disconcerting at the same time. “Sleeping together” became a form of assembly. The sound was close-up, raw and tender.

Like prolonged eye contact or the sound of silence, this experience can feel a little restrictive or uncomfortable, a kind of sonic bondage. As a listener, you are submerged and immersed with no control. What you experienced was certainly not sleep. Go down this rabbit hole at your own risk. This concert format is comprehensive and an intimate experience. When morning breaks the listener is released. Suddenly, it was breakfast-time: candied pears with cinnamon, exotic carrot jam, vegan spreads, homemade bread and wholesome porridge courtesy of Svačit Sotva Stačim. 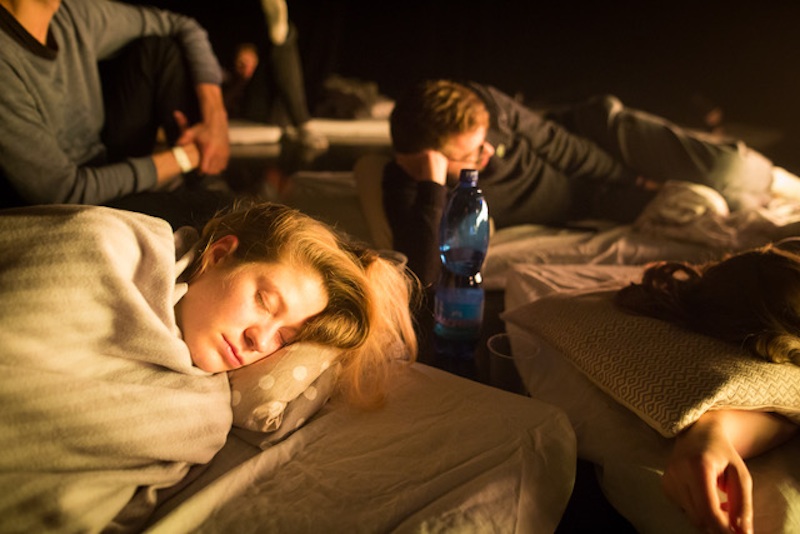 Discovering this Bohemian soundscape was an all-inclusive trip. The twelfth edition of Silent Night on November 11th in Prague will explore post-humanist aesthetics. Ephemeral sound translations made from field recordings of mass transit and electromagnetic fields through Kyoto, Tokyo and Berlin, by newcomer Scottish sound artist Joshua Sabin and an extended main set by Canadian Kara-Lis Coverdale await. In addition to local, digital and drone sequences by eva01 and Obelisk of Light, the multimedia artist Lloyd Dunn will facilitate waking up.

It is a guarantee, the auditory roads Silent Night will take you down will redefine your perception of slumberland and modes of listening. The power of sound not only permeates but conquers space and time.