‘Cosmopolis #1′ develops a layered platform of creation and transmission of knowledge that incorporates long-term cultural experiments, social actions, subjective imaginaries, and transcultural utopias that surpass the exhibition format. Through the participation of international artist and activist collectives, the exhibition becomes a platform through which the collectives’ urban and social programs unfold an agency and create interventions—intellectually and physically—in the social space. Curated by Kathryn Weir, with the assistance of Charlene Dinhut, Ilaria Conti, Ellie Buttrose and Caroline Ferreira, this format presents art as a long-term process and links actions developed in various cities around the world, beyond the production of art objects. 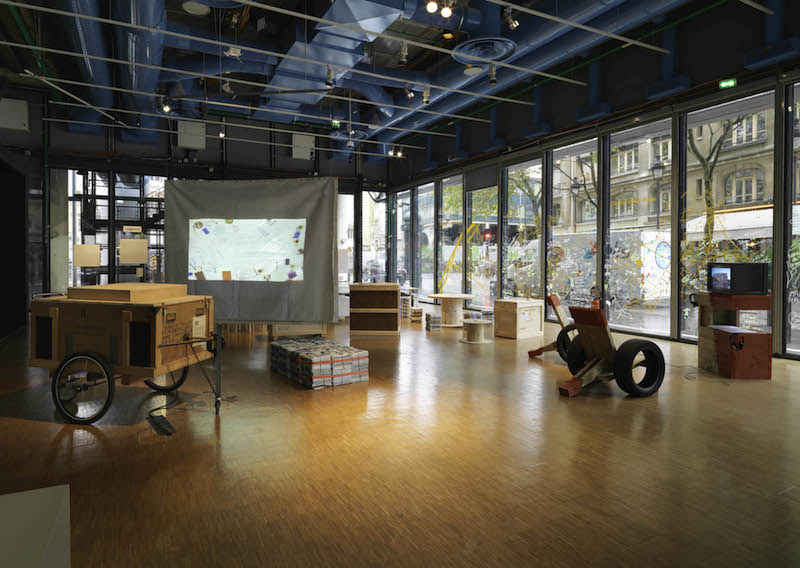 The exhibition, spread across gallery 3 of the Centre Pompidou in Paris, takes the shape of a micro-territory of installation sites, used by the collectives’ members as bases of action. From here they develop their intervention programs in the form of public research and workshop activities inside the exhibition space, but also outside the museum, in the social reality in and around Paris. Their projects, developed over the course of several months, preceded, or are evolving throughout the exhibition time.

In dialogue with some of the collective members, we discussed how it’s possible to understand and operate within the institution and the exhibition format, not only as a means to display information, but also as a mechanism that enables intervention outside of its parameters, in the cosmopolis (the city of the world). Jacques Derrida‘s two wonderful articles, included in ‘On Cosmopolitanism and Forgiveness’, offer a theoretical framework for our discussion. He understands the notion of cosmopolis as ‘the city of refuge and hospitality’. The cities of refuge are for him also spaces for reflection, and would bring about ‘a certain idea of cosmopolitanism’ that “has not yet arrived, perhaps. If it has (indeed) arrived… then, one has perhaps not yet recognised it”. Derrida asks for a commitment by the cities and the thinkers and practitioners (which he calls men and women capable to speak out in a public domain) “of various disciplines to exercise this new way to conceive the city”. 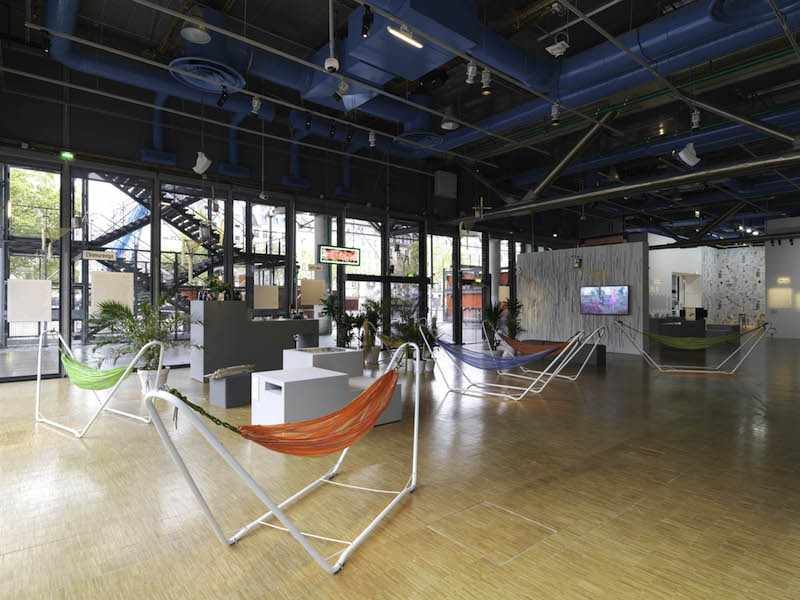 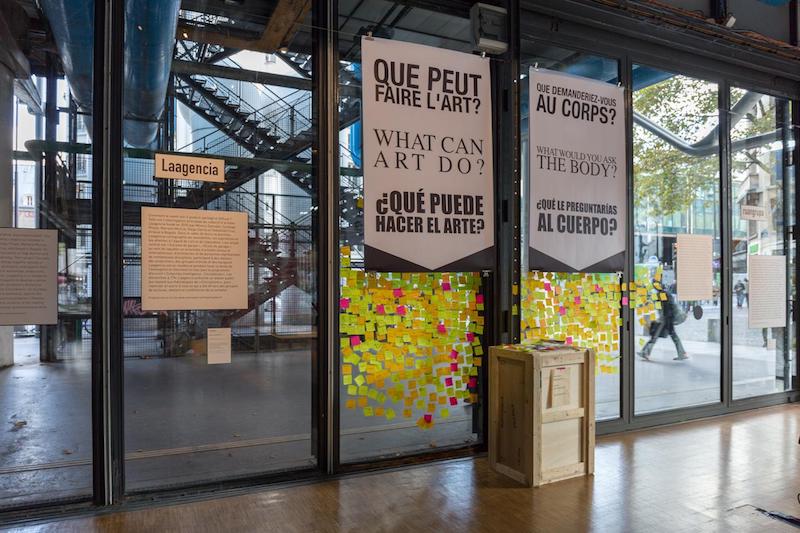 Derrida talks about the necessity of elaboration of a new cosmo-politics of “autonomous cities of refuge, each as independent from the other and from the state as possible, but, nevertheless, allied to each other according to forms of solidarity yet to be invented. This invention is our task, the theoretical or critical reflection it involves are indissociable from the practical initiatives we have, already out of a sense of urgency, initiated and implemented”. This sense of urgency makes itself felt in the actions, interventions, words and attitudes of the collective members included in ‘Cosmopolis #1’, but also in the fact that their visions and essays are taking place without yet being widely recognized.

Jacques Derrida’s article seems to stem from our actuality, in which the efforts of these artists and activist go towards finding micro-solutions for thinking urbanism from the cosmopolitan perspective of global rights, inclusion, humanism, and circulation. As collective actions that intervene in the social reality, these projects exercise interdisciplinary forms of commitment and of action that test out new forms of cosmopolitics. In a sense, Cosmopolis #1 seems to expose the viewer to new imaginaries of self-governing and inclusive cities, which ally each other in finding solutions and proposing changes: the inter-urban collectives, linked-up during this project, reorient the prevailing urban politics. 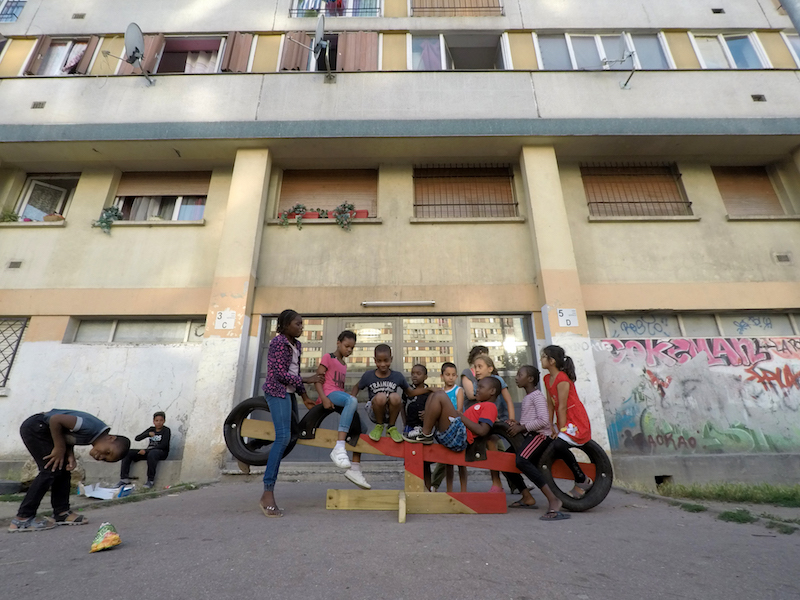 Ana Lopez from the collective Arquitectura Expandida (Bogotá) talks about the group’s intervention in one of Paris’ biggest outskirts, Clichy-sous-Bois, where they introduced communitarian furniture meant to augment social cohesion and integration. Their residency there was the outcome of a partnership between Centre Pompidou and Atelier Medicis. “When we talk about architecture and urbanism,” Lopez explains, “usually we talk about finished material products that make symbolic statements. But, for us, the most important is the dialogues opened by the objects that bring together institutions and people who usually have no voice”.

She explains that what makes social intervention possible is finding the fissures in the legal and administrative system that permit changing it through small interventions that are not always legal, but also not forbidden. “For example, if we build mobile furniture in public space, we do not need to ask for a permit as it is not a fixed structure. To intervene we needed to study the social dynamics of the quotidian life and what happens between the office that gives its directives and the local level. This is where the most interesting things happen: in the legal fissures. The public furniture that we create should not just be beautiful but should be easy to replicate and use in public space. With it, we test co-habitation possibilities.”

Ellie Buttrose, one of the associated curators of ‘Cosmopolis’, described how ruangrupa collective from Jakarta connected with the Indonesian diaspora in Parisian outskirts during the time of the show. As they couldn’t find Indonesian artworks in the Pompidou collection, they started to build, during the time of the show, an overview of the Indonesian presence and culture in Paris. They conducted interviews with Indonesians, while inviting them to use their installation at the Pompidou as a place to work and uncover stories of their community members. This information will flow into a book. 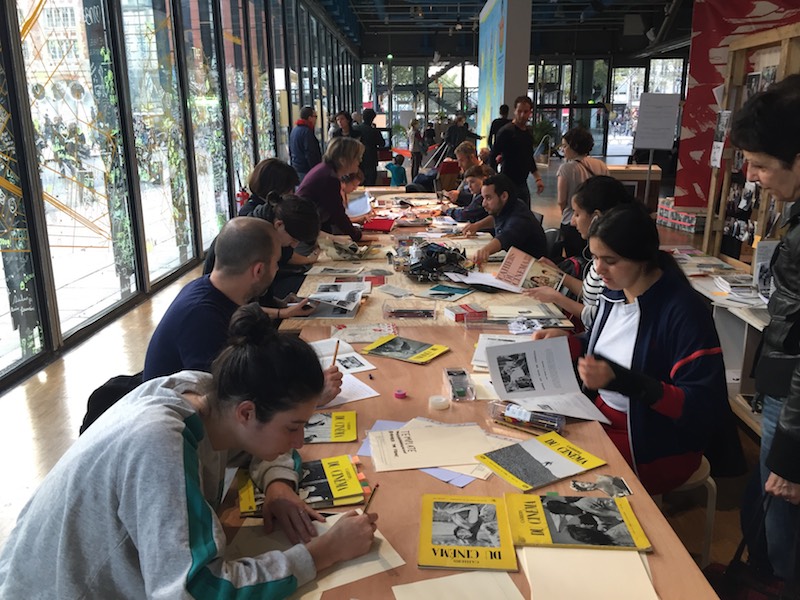 PorEstosDias from Medellin, Colombia do their interventions in magazine format. Working collectively, they create pirate issues of well-known magazines, in which original art pieces and texts by their workshop participants augment the informational content of the paper with political, social, or aesthetic input. At ‘Cosmopolis’ they connected with the theme of food and plant policies, taken up by other collectives, as well.

Sebastian Cruz from Laagencia collective (Bogotá) talks about the group’s relationship with the museum platform: “We want to be a space without a space, a non-physical space of ideas.” Their objective is to test out formats of engaging locally with the population, like schools, ‘urban drifts’, ‘transantlantic skype conversations’, screenings, banquets and study groups. As a result, they usually do a collective book, based on a Wiki page where participants write and rewrite certain terms (like ‘reason’, ‘territory’, ‘public’, etc.). Their project ‘Escuela Garagem’, developed at Cosmopolis, is ‘an intervention on discourses’, acting collectively upon common knowledge, ideas, or history while posing and answering questions together.

It seems that the concrete and utopian interventions played out on the ‘Cosmopolis’ platforms carry well into Derrida’s impetus for change: “We are dreaming of another concept, of another set of rights for the city, of another politics of the city”. 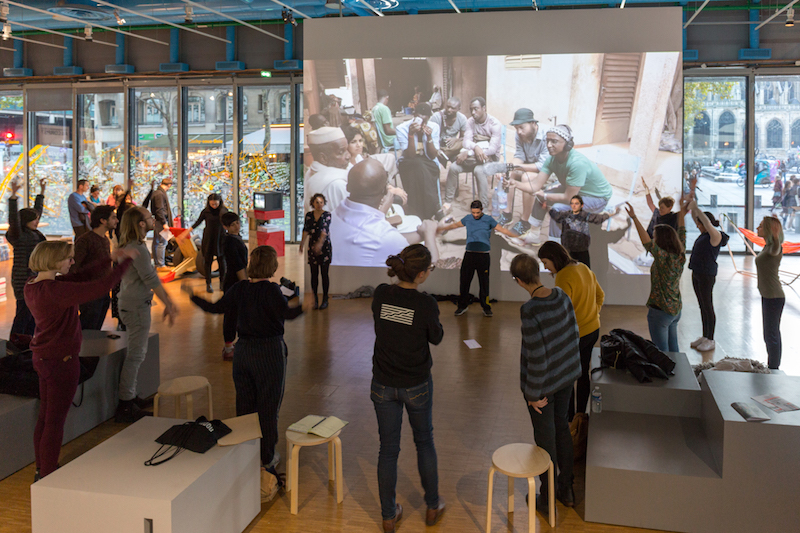