When I met multidisciplinary artist Nathalie Anguezomo Mba Bikoro for the first time, I got the sense that she already knew me, my mother, my grandmother and my grandmother’s mother. “They are always with you”, Bikoro explains, when the topic of our foremothers comes up. When I walk into the third floor studio space, I am immediately aware of an assuaging energy. Bikoro’s Berlin studio is housed in the abandoned factory buildings across from the now-demolished Stattbad Wedding. The large, south-east facing windows permit a crisp light into the space. A table covered in African wax fabrics is home to exhibition catalogues, sketches and her trusty Singer sewing machine. Behind a needle and thread with her foot on the pedal, Bikoro is at peace. The mannequin that leans nonchalantly against an adjacent wall is always wearing something new when I visit the studio: the first time she greeted me wearing a sash made of African wax fabric (buoyant plastic balls are dressed similarly today—they will find their way to Senegal for Bikoro’s contribution to the Dak’Art Biennale). This time the mannequin is swathed in translucent, white gauze. Dried leaves, flowers and branches lay in wait: they will be sewn into see-through pockets on the gauzy dresses that form part of Bikoro’s performance with Anais Héraud, ‘The Moor May Go’ (chapter two) at Haus Am Kleistpark in Berlin. 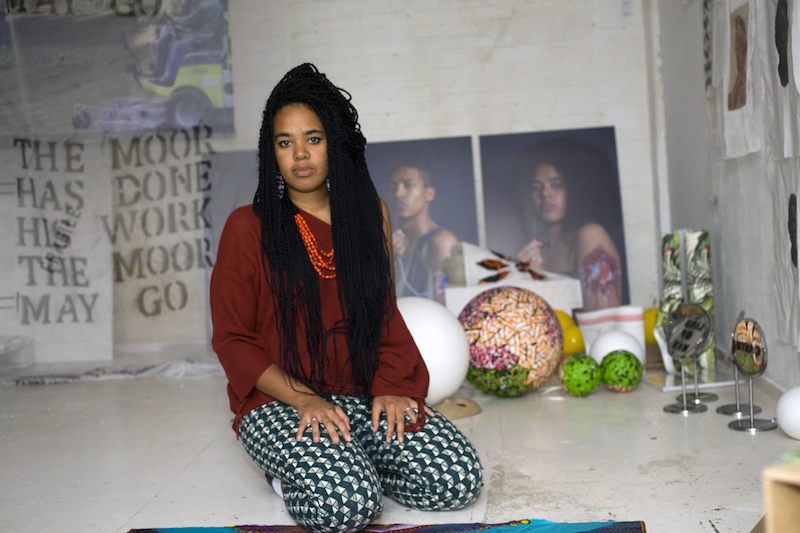 Across from the wall of windows hangs a huge fabric print of a photograph featuring Bikoro and Héraud in the Marienhöhe park in Tempelhof. “We are holding a replica of a six-metre hand-made painting of Kilimanjaro, which UFA used for the shooting of colonial films, notably featured in the film of Carl Peters (1942),” Bikoro explains. “This is the site where UFA studios, under Nazi ownership in WW2, murdered over 200 African male soldiers, prisoners of war who were hired as props and background actors on the film set, which is testified by German mixed race African women working on the film set. The idea is to decolonise the symbol of the German empire, demount the Kilimanjaro and demount the “magic” of the cinema to reveal a burial ground and make space for mourning and acknowledging those silenced and murdered in the German cinema industry.” 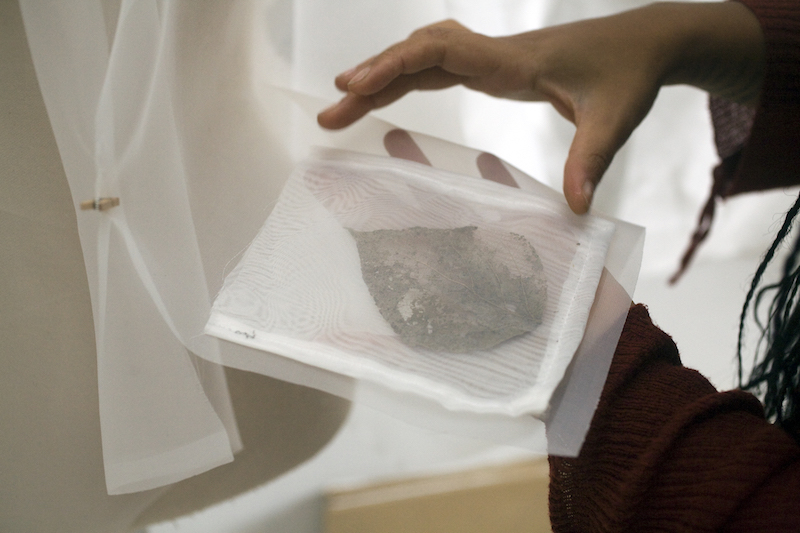 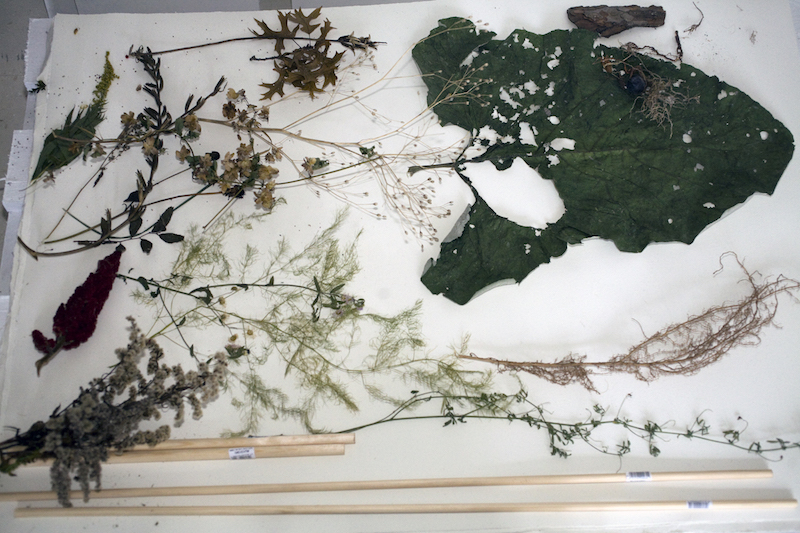 This year I invited Bikoro to contribute an installation to ‘Republik Repair: Reparatory Imaginings from Black Berlin’. The festival tackles the topic of reparations through the Caribbean Community’s (CARICOM) ’10-Point-Plan for Reparatory Justice’. Bikoro chose point nine: Technology Transfer. The resulting installation (‘Right to Mourn, Right to Monument’ at Ballhaus Naunynstrasse) commemorates anti-colonial movements in Germany, Namibia, and Cameroon, insisting that technology is both an archive and a tool for transmission. Parts of the installation were in progress during my visit to the studio: mobile garden boxes and wood for a radio tower. The pieces are part of a kinetic monument that manifests the demands of memories in a resistance movement whose message is transported through radio signals to the moon. Decolonial archives are the station, mythology is the power source, and repair is the frequency. Technology transfer is represented as recovery from colonial trauma that remedies silence and invisibility. 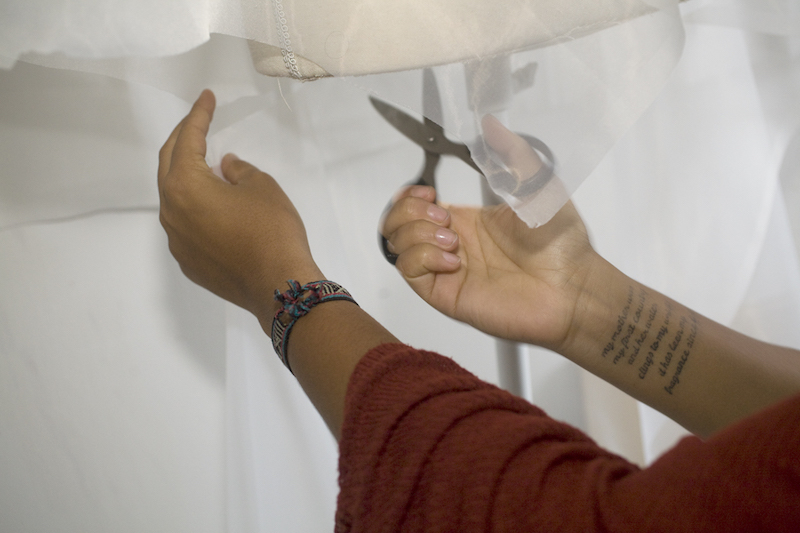 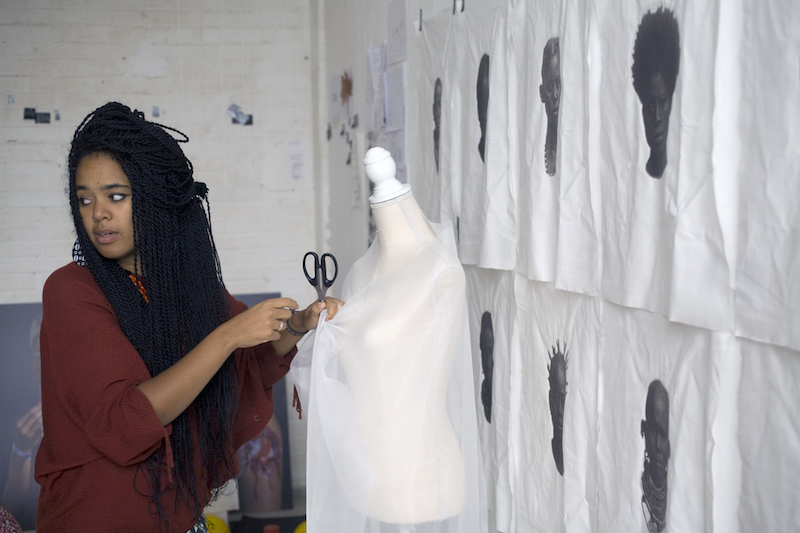 Bikoro’s work is always the result of extensive archival research. Although she spends countless hours scouring original documents and listening to sound recordings, the process always starts with people. It is through conversations with strangers, who quickly become friends, that she finds the thread to weave her storytelling practice. Sometimes these relationships are her key into the archive. As a Black woman, her access is sometimes restricted: after phoning to confirm a meeting she has subsequently been denied access when arriving in person. In these instances, allies bridge the hurdle and help her attain what she needs to continue her work. After painstakingly looking through film materials from Herbert Selpin, Joe May and Marie Louise Droop, the artist acquired personal archival film footage script documents from a friend visiting the film archives in Potsdamer Platz. The friend’s grandfather, Dr. Reikel, a script director for Berlin UFA studios, left traces that eventually formed conceptual parts of the installation ‘On the Ruins of Paradise’, part of ‘Reframing Worlds: Gender & Mobility in the Colonial Encounter’ at the Galerie im Körnerpark. 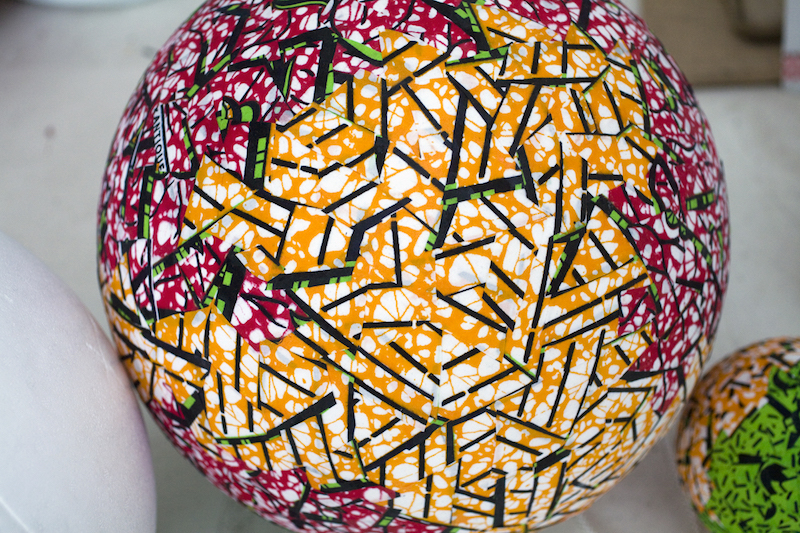 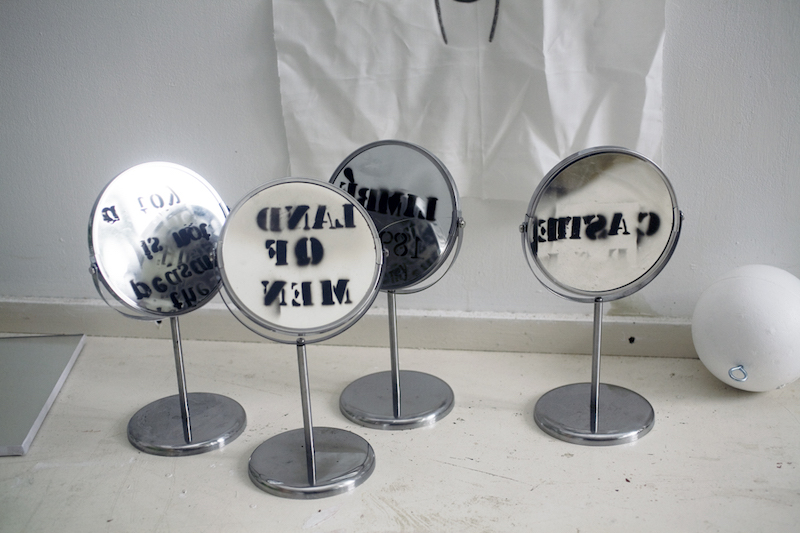 She only recently learned from her grandmother that her great-grandfather was a prisoner of war and worked under forced labour in a German camp in North Gabon (which used to be South Cameroon before WW1). Bikoro’s decision to move to Berlin took on new meaning and, through investigating what happened to her ancestor, her practice became a journey of retracing a whole history of colonial crimes and systems that were not told before (starting with ‘Future Monuments’ as an investigation of African Jews murdered in camps). Most recently, Bikoro has uncovered that Rehberge in Wedding was among the locations for German propaganda film shoots (WW1 and WW2) as well as Tempelhof (UFA studios base WW1 & WW2), Rudersdorf, Woltersdorf (film paradise during the Weimar Republik cinema period) and Wunsdorf (WW1). German film producers were obsessed with duplicating the African landscape for the screen. The propagation of seeds and colonial philosophy went hand-in-hand as plants were transported from the colonies to Germany for the purpose of cultivating a tropical backdrop for the pre- and interwar films. Many of the plants currently indigenous to Berlin are descendants of those seeds that were brought here to perform a role on screen. “Myths and storytelling are crucial in understanding the legibility of history outside the institutional frame,” explains Bikoro regarding her method of combining family legends with intensive archival research. Her performance, film, body art, and installations celebrate storytelling, a vital way of filling the gaps in archival documents. 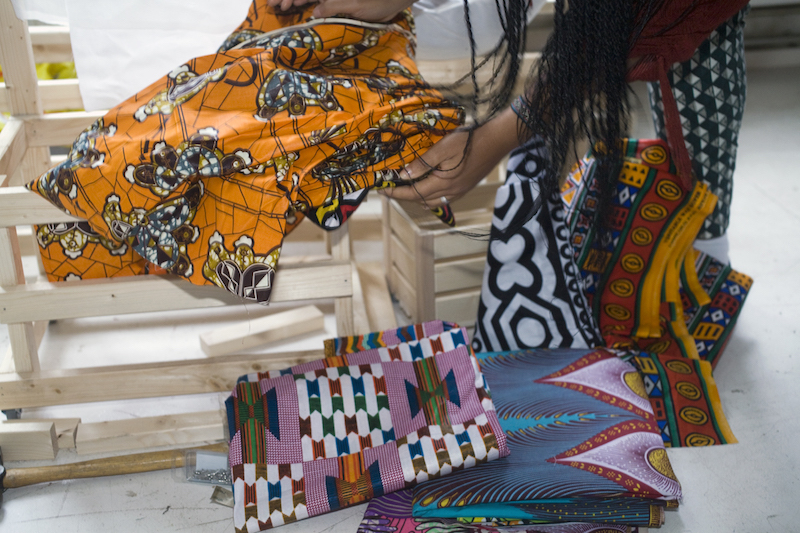 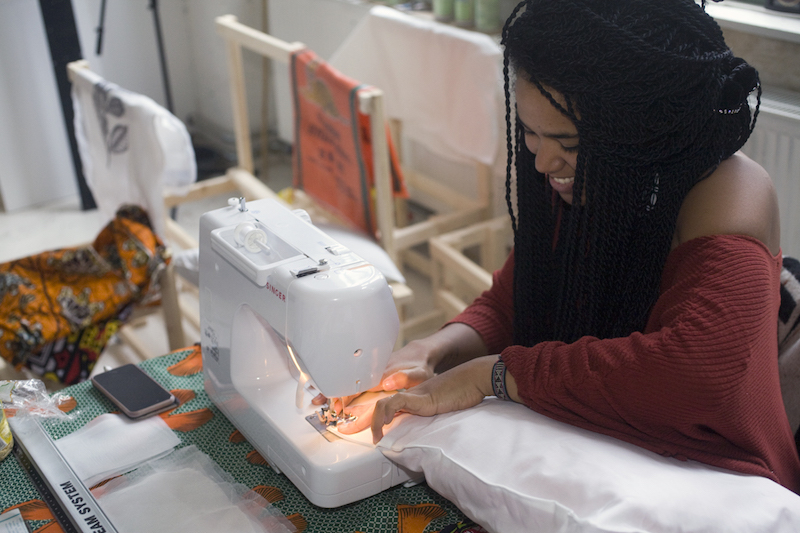 Bikoro insists it was an accident that she uncovered the voices of three Black women in Wilhelm Deogen’s phonographic collection (1913–1944) with over 4,500 recordings at the the LautArchiv Humböldt Universität (after being told that only men were recorded there). Only 20% of the collection was translated and the women’s voices she uncovered are mostly unidentifiable but likely come from participants in the Hagenbeck’s (human) Zoo and other Volkerschau. 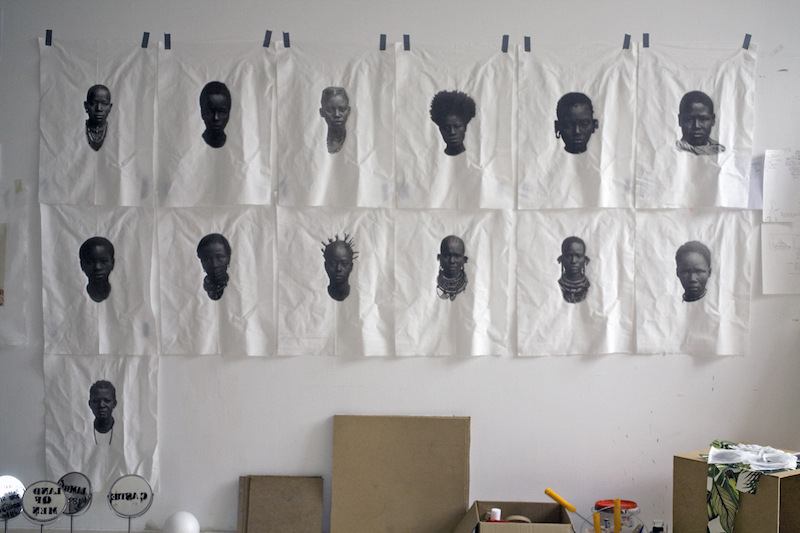 I believe that even silence is a sound, and Bikoro has a trained ear. I asked her how she manages the energy in her magnetic space: she tells me the ambiance comes from the ancestors that she regularly hosts in the studio. I make plans to return with my grandmother’s mother to share stories and experience the quivering energy of untold histories that have found their conduit.