Opening last month in the Studiogalerie of Berlin’s oldest art association, the exhibition ‘Relics of Chaos’ is presented by guest curator Kat Rickard. In the show at Haus am Lützowplatz different interpretations of the chaotic are embraced, exploring civilization’s fragility through objects that represent the detritus of human existence. By reflecting technology’s mediation of reality, ‘Relics of Chaos’ carries a cautionary message. It confronts the spectator with the inevitable result of capitalistic development, presenting objects that act as ruins of our dystopian future. 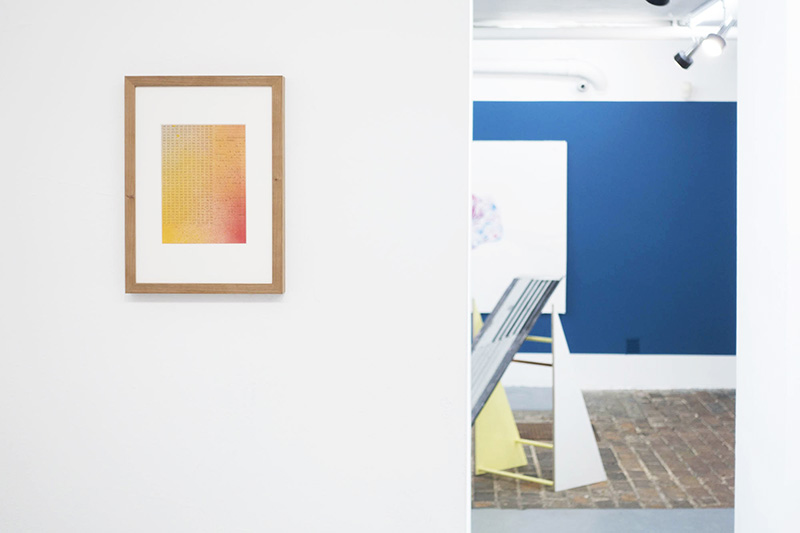 Leonard Traynor: ‘A song from the metaverse’, 2017, installation view

Through an aesthetics of disorder, ‘Relics of Chaos’ manifests the decay and fragmentation created by the flow of information in our technological age. The Studiogalerie becomes a sort of post-apocalyptic wasteland in which we are simulataneously confronted with the future, yet must also recognise the downfalls of our present. The artworks reference a wider reality, one that extends beyond what we see and is embodied in the title of one of the works: Leonard Traynor‘s ‘A song from the metaverse’. The metaverse refers to the collective sum of all virtual worlds and similarly the exhibition attempts to marry augmented reality and the internet with our physical existence. 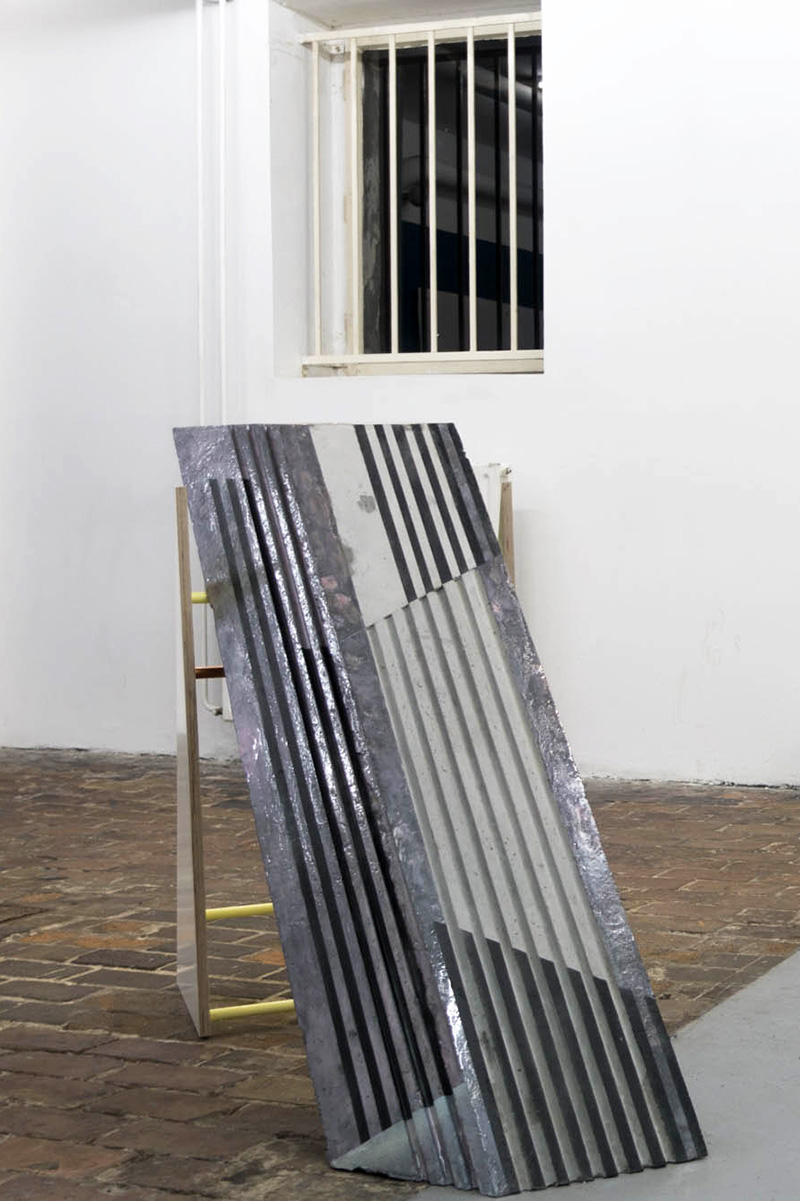 The architectural elements of the space become integrated into the exhibition; pipes and brickwork indistinguishable from Yasmin Alt‘s sculptures and masking Traynor’s small and subtly placed objects. Clear in her sculptural models is Alt’s childhood desire to become an archaeologist, her obsession with the past obvious through the compound of references to different epochs of architectural styles. The Gothic, the ancient and the industrial are merged in her concrete, wood and metallic structures that reinterpret Romantic notions of the ruin. The ruin in her work is about potential futures rather than imaginary pasts, the objects distancing themselves from history and modernity through an employment of futuristic shapes. 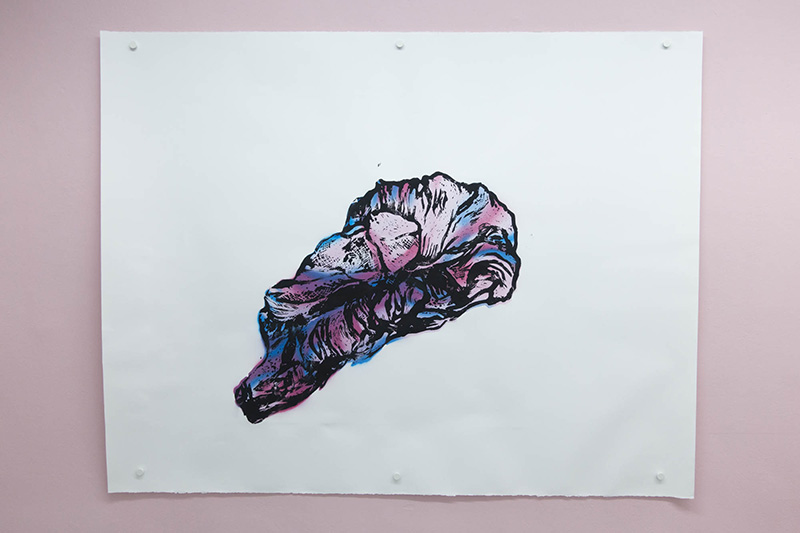 While Alt uses a mixture of architectural references to present tensions between the present and the future, Nadja Schütt makes use of nondescript and ‘semi-humanoid’ forms in her spray paintings. They appear alien-like, ectoplasmic structures that present an overlay of shapes and colours to reveal a chaos of form. She captures in her work processes of decay and a distancing from reality. Through a disassociation of form and figure, her work has a similar feel to Alt’s. Both artists capture the unfamiliarity and feelings of disconnection that technology has caused, ultimately severing and decomposing our visual reality in a similar way to computer graphics, social media, and advertising. 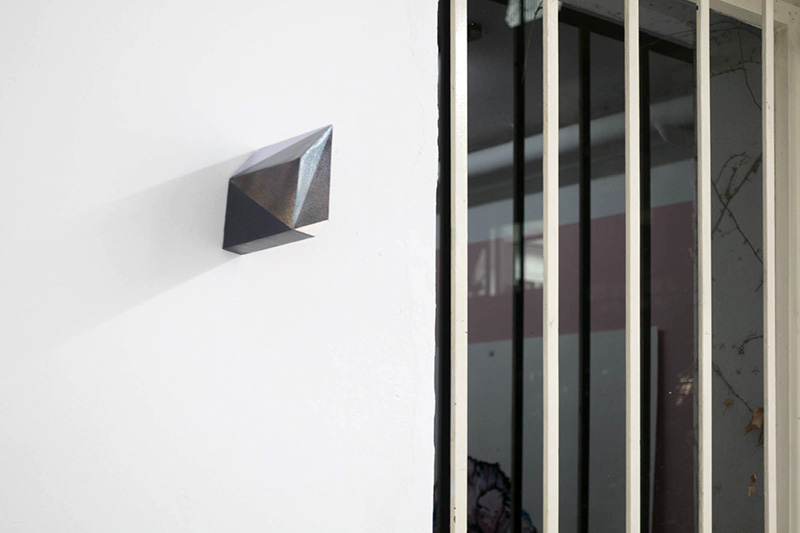 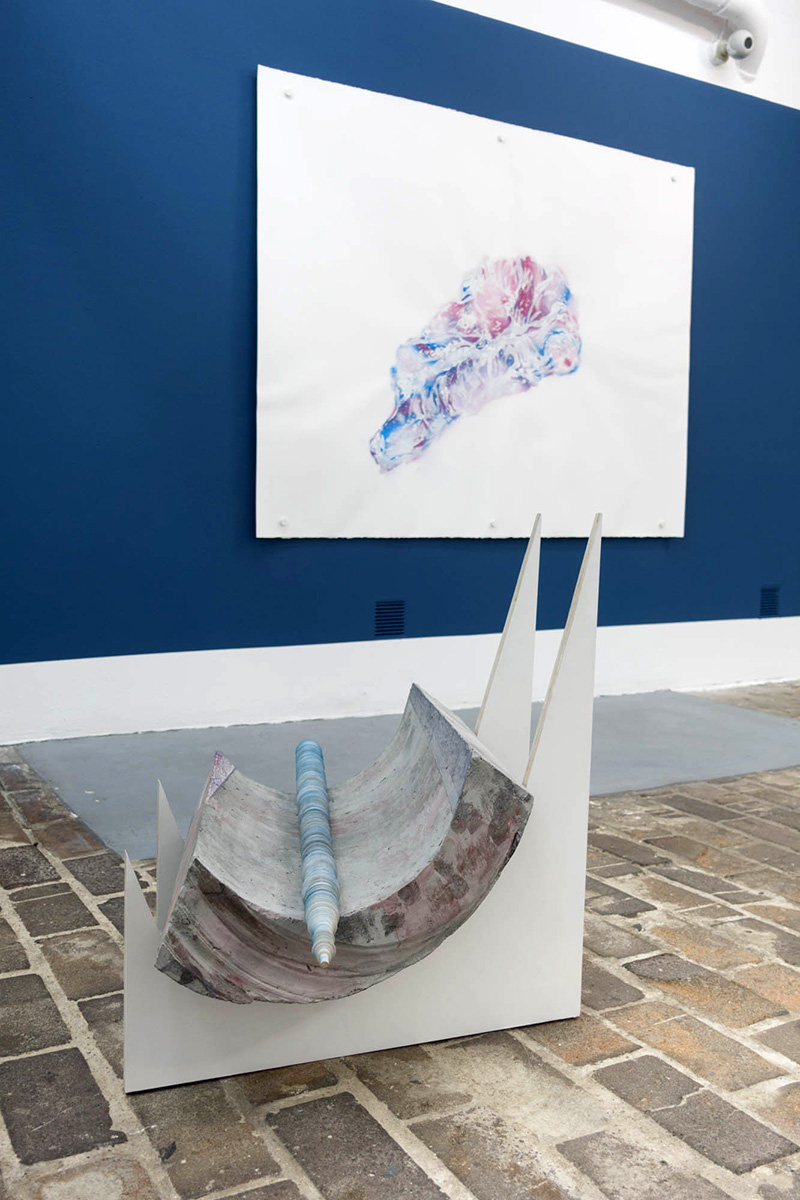 Works by Schutt and Alt are well complimented by the relentless, automated and unnerving industrial sounds of Traynor’s ‘In the presence of a- + -musia.’ His digital audio message is made up of the rhythmic banging of a symbol that disturbs the audio experience of the spectator. This installation reveals the subordination of humanity to the machine, as the sounds continue in the absence of human agency, acquiring their own autonomy. 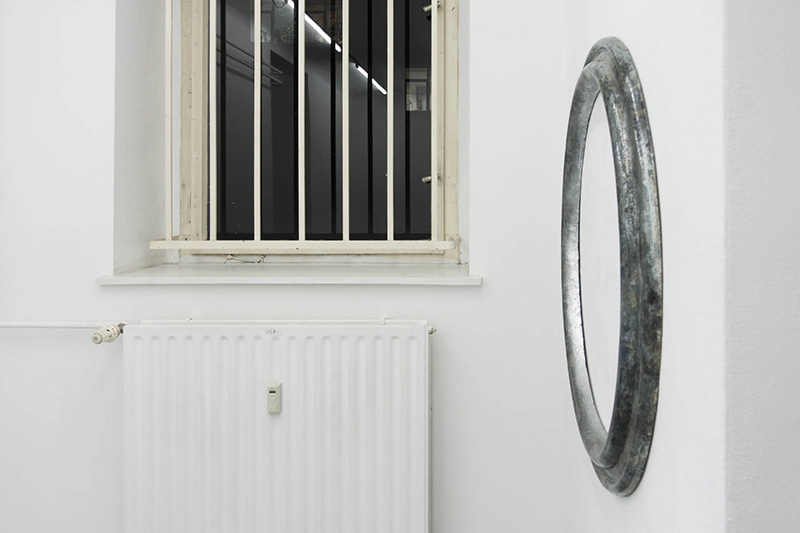 ‘Relics of Chaos’ is a provocative examination of an entirely possible dystopian future and the resulting remnants of civilization. Through allusions to the post-industrial, post-modern and post-apocalyptic, Rickard uses the gallery space to unnerve the visitor, both visually and audibly. The result of an integration of ideological foundations between artist, gallery space and curator, ‘Relics of Chaos’ succeeds in creating an unfamiliar yet frighteningly recognizable reality.