Jon Thomson and Alison Craighead’s conceptually far reaching practice now spans over two decades. Working across video, sculpture, sound, installation and the internet, the duo often utilises live data and/or archive materials to interrogate our understanding of language, time and systems in the widest sense. Through a process of decontextualisation, their works open up spaces which simultaneously occupy and observe these systems, reflected in the title of their upcoming exhibition in Portland, ‘The Academy of Saturn’, which opens on February 2 at Cooley Gallery, Reed College. 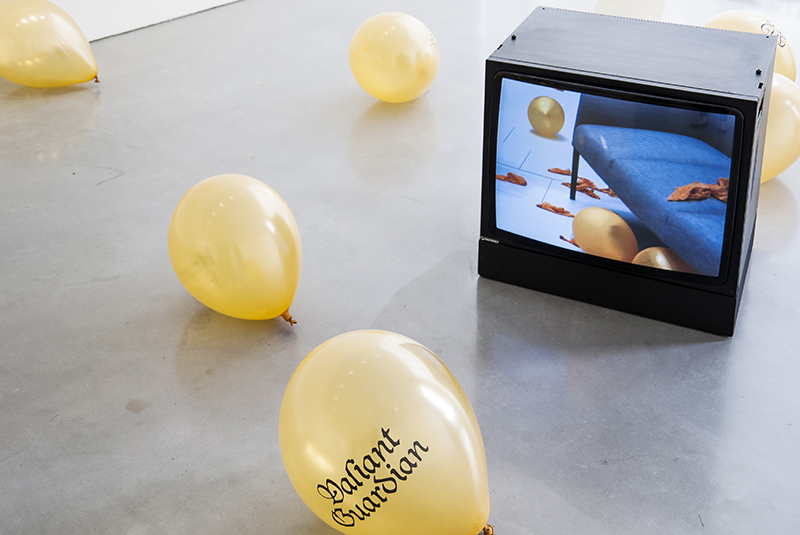 Taken from Voltaire’s 1752 novella ‘Micromégas,’ the story takes the idea of visitors from another world, who upon visiting earth apprehend the problems of humanity, entering into a philosophical exchange with a group of earth’s scientists. Ranging in physical scale from a dwarf to a giant, these characters, including the secretary of The Academy of Saturn, say something about perception, what we can and cannot see, and the value of critical detachment. Within Thomson and Craigheads’ ouevre, critique operates across imaginative, sensory and conceptual spaces, drawing on a wealth of art historical, literary and socio-political sources. I met them in their London studio.

Rebecca Partridge: Maybe we could start by talking about the works which you will be showing in Portland?

Thomson & Craighead: The central work we are going to show is a piece we made last April called ‘Control Room’, which was resulted from being in the harbour archives in Aberdeen, [Scotland]. The work is a couple of slide carousels that we found, like a corporate AV presentation about the harbour and its history, though we couldn’t tell exactly what it was about because it had no notations. We digitised the images and created a data-driven cinematic work that represents these images in an endlessly reconfigured form alongside an endless, fictional interview that we overlaid. We’ve tried to breath a new life into the images. Although the questions relate in part, everything is configured so that questions, answers and images will always be shown randomly. The questioner or interrogator is like a therapist and the answers are always along the lines of “I don’t know” or “I’m not sure,” which itself echoes the indefinite status of these artefacts in an archive. It’s kind of dystopian sci-fi but it creates an odd space where the viewer is constantly under a very gentle and quite atmospheric pressure to make sense of what they are looking at. 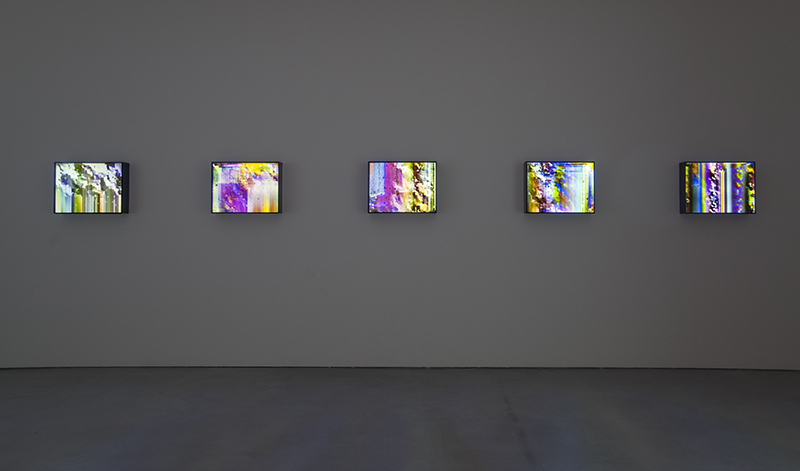 RP: So the narrative is your own subjective response to the footage?

T&C: Yes, the narrative is built. It’s a database work and the random configuration means it never completes itself, it never finishes. We are interested in working on those forms where everything is malleable so it’s evolving and changing and growing… We are generally interested in how things and artefacts held in archives become new things just by dint of them existing—how things and their meanings change over time, contextually or through lack of care or through curation. One of the fundamentals of our work is to appropriate things, to reconfigure them, and we are interested in that in relation to documentary practice.

We are also doing a ‘Portland Wall,’ where we work with people using Twitter. It’s a chronological wall of fly posters which are status updates taken within a few miles of the gallery. It’s a snapshot of time or a materialisation of that visible traffic. It’s a way of listening to and understanding an area when you are going; we have done quite a lot of these Twitter walls. 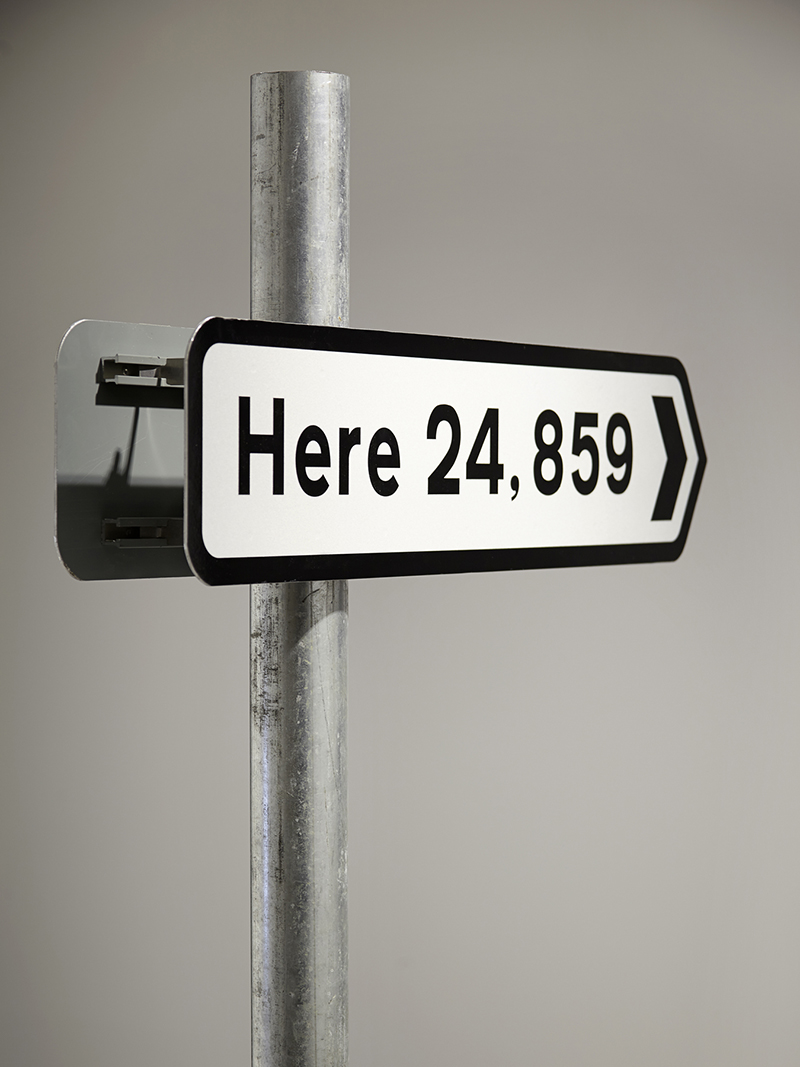 RP: How do you select the tweets?

T&C: We exercise editorial to a point; we choose ones which are representative of what we are seeing in some shape or form. We don’t post just Instagram pics. We focus on tweets that, if you read them on a fly poster, are somehow addressing you, they are not a reply to someone else. So what you get is a narrative series of fragments that are transplanted into a different technology—fly posters are like Twitter in that they are temporary and a broadcast medium in the city, but are older and are off the screen. We hand-design the poster so it’s a kind of cottage industry and it’s interesting that something so simple as making that transcription seems to have quite a profound effect on how you see it. It is a collaborative poem as well, if a very loose collaboration with unwitting collaborators.

We are also showing ‘Apocalypse’ [a fragrance based on olfactory materials detailed in the Book of Revelation, made in collaboration with perfumer Euan McCall] and ‘Untitled (balloon work).’ This piece is a small video work on a monitor, footage of the aftermath of a corporate balloon drop, when a small group of women pop hundreds of balloons as a way of clearing them away. The popping sounds very similar to anti-aircraft fire. Then we have the same balloons in the space with different US-led coalition military actions—like Desert Storm or Enduring Freedom— silk-screen printed onto them in a gothic text. We were thinking of how war is always at the edges of our senses [in the Western world] and we always seem to be pushing it away. We have lived in a state of war for a long time now and so the way in which this sound impinges on something which is obviously not war-like creates an interesting space. 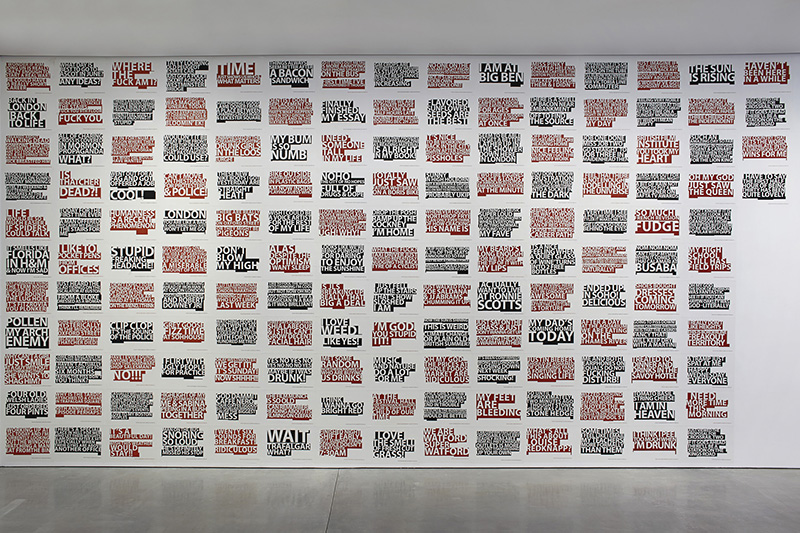 RP: There seems to be an undercurrent in your work of setting up situations which create oppositions.

T&C: We often take things and try and pit them against each other in seemingly simple ways, but ways that hopefully create something more complicated, or the more you think about it the more complicated it gets. We are also showing three lenticular light boxes which show bits of corrupt video files that are downloaded from peer-to-peer networks but they have viruses. So when you try to play them in a video player there is just this colour, which, when it’s at picture hanging height, you activate as you walk by. These are like three aesthetic propositions in the gallery: in the past, we have found that when these light boxes are shown with other works, such as video or other media, they triangulate your position in the space against the works that are passively playing.

RP: As a constellation the works potentially evoke a spectrum of experiences—a sense of anxiety as well humour. ‘Here’, for example, shows how far the sign is from itself when pointing north or south…

T&C: The sign is quite playful and absurd, but it also reminds us that the planet is a closed system and that we are fucking it up, really. The anxiety of climate change, or the Anthropocene, these are all discussions in the world and it relates to that. The idea of the participant observer is an anthropological one; a lot of our work has a slightly anthropological edge to it where we consider ourselves participants in the environments in which we are working. 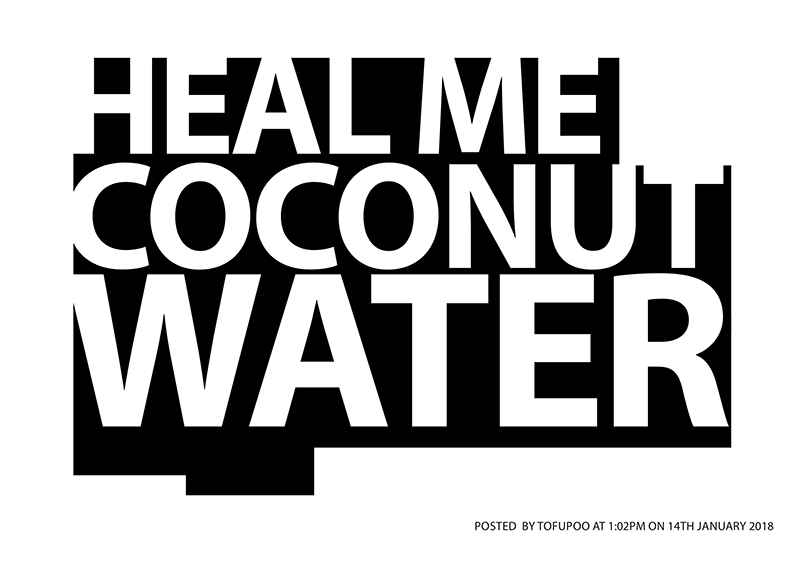 RP: As well as pitting things against each other, many of your works play with the malleability of time. Through this kind of questioning could we potentially get closer to a sense of ‘truth’?

T&C: One of the things that run through our work is an interest in finding informational things that might be subjective or might be less subjective. We are really interested in having information and doing something with that information that maybe reveals stuff about it, that shows its malleability. For example, we made ‘Common Era,’ which are posters where people have made predictions about the end of ourselves and they really believe [what they say]. There are sixteen that we show together and what we are actually showing is the lack of control we have and that we cannot accurately predict the end of the world. By having them all together they deconstruct themselves in front of you, because they cannot all be right. But that’s about belief as well. Again and again we come back to language—how we use it, what language means. Misunderstanding, interrogating, re-looking. 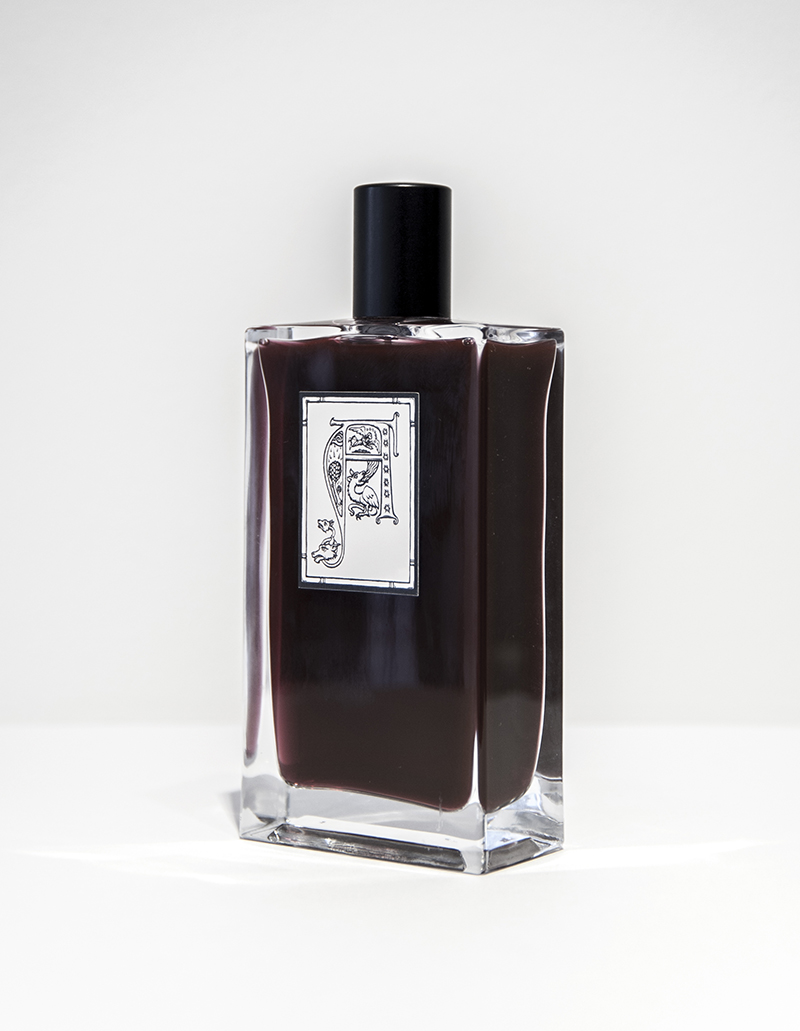 RP: But as well as thinking about what happens within language there are also aspects of your work which enter into unquantifiable realms outside of language. So you are occupying both spaces.

T&C: That’s a nice way of looking at it because we are fascinated by our own prison of language as humans but we are also fascinated by how you make spaces which evoke a sense of something beyond that too. We try to create spaces which are critical frameworks, spaces for people to inhabit and contemplate things. We explicitly try not to make work that is didactic. That is very much about truth; we are trying to create an environment where different subjectivities co-exist because truth really is information and your subjective interpretation of information is very much at the heart of what truth is.