Our hearing system operates in full surround: from the rasp of gravel under our feet to the drone of an airplane high above us, our ears and bodies efficiently locate noise sources in our environment. Yet most music, in the Western tradition, has been performed in a frontal disposition, and while stereophony has been widely used for recording and playback since the late 1930s, techniques for reproducing sound still cannot match the complexity of our listening experience. 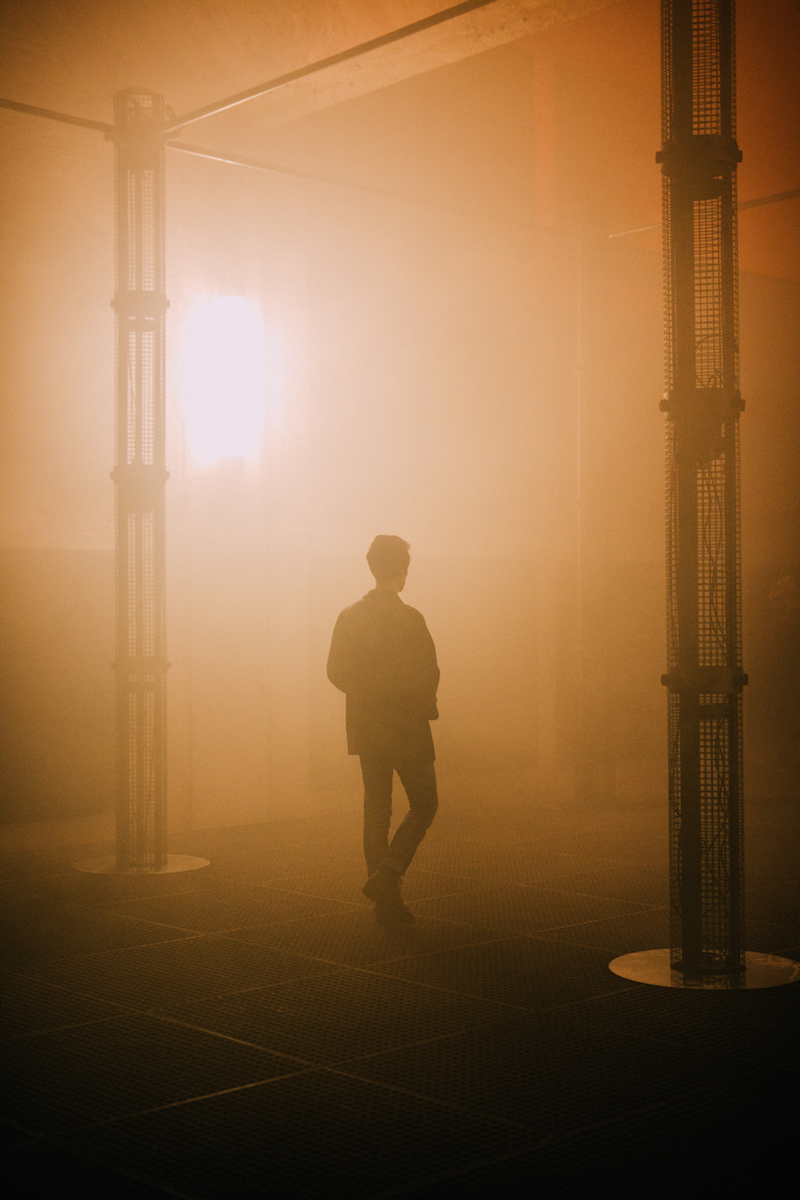 In December 2017, a new venue opened in Berlin: MONOM. Located in a warehouse at Funkhaus, the GDR’s former radio broadcasting station, this Centre for Spatial Sound is now home to “the world’s most advanced spatial sound instrument,” a large-scale sound system that can immerse up to 400 people underneath 48 suspended omnidirectional speakers and nine subs under the floor. This technological achievement was built by 4DSOUND, a creative and technical collective that also operates in Budapest and Amsterdam, with the intention to explore spatial sound as a medium. 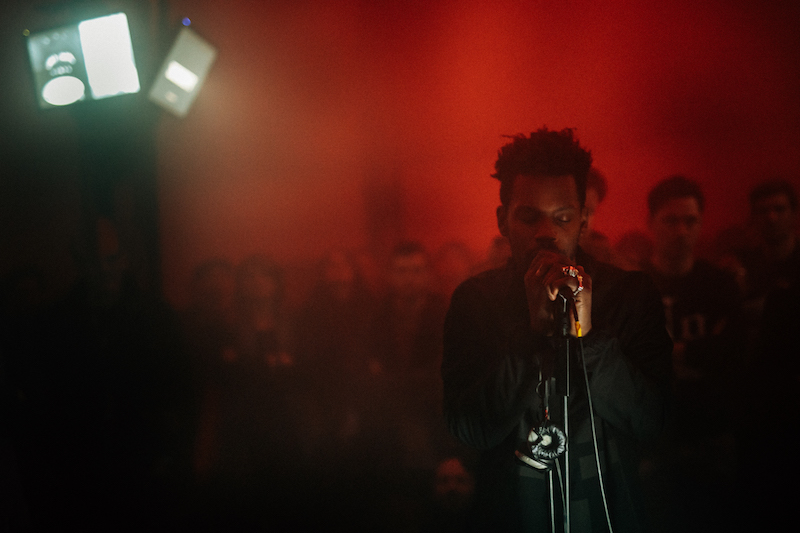 Gaika at MONOM during CTM 2018 // Photo by Becca Crawford

As part of the 2018 CTM Festival program ‘Transcend the Turmoil,’ MONOM presented the four-night event ‘Imagining the Hyperspace’ by Russian sound artist and researcher IOANN, who has been an artist-in-residence at the Spatial Sound Institute in Budapest since November 2016. The consecutive nights also hosted supporting performances by Gaika, Pan Daijing, FIS and TFC. At the beginning of each show, a warm female voice whirled around the warehouse, meandering through a forest of tall mesh towers, reminding the audience to avoid creating distracting light with mobile phones. And then it began: electronic murmurs ushered above in the smoke, visceral basses vibrated through the bodies of the audience, deconstructed shrieks of machines bolted in diagonals. In the quieter moments, it was possible to locate the sources of each sound, but as the room transformed into a polyphonic universe, we became submerged into an abstract environment, our ears and chests filled with futuristic rumbles. 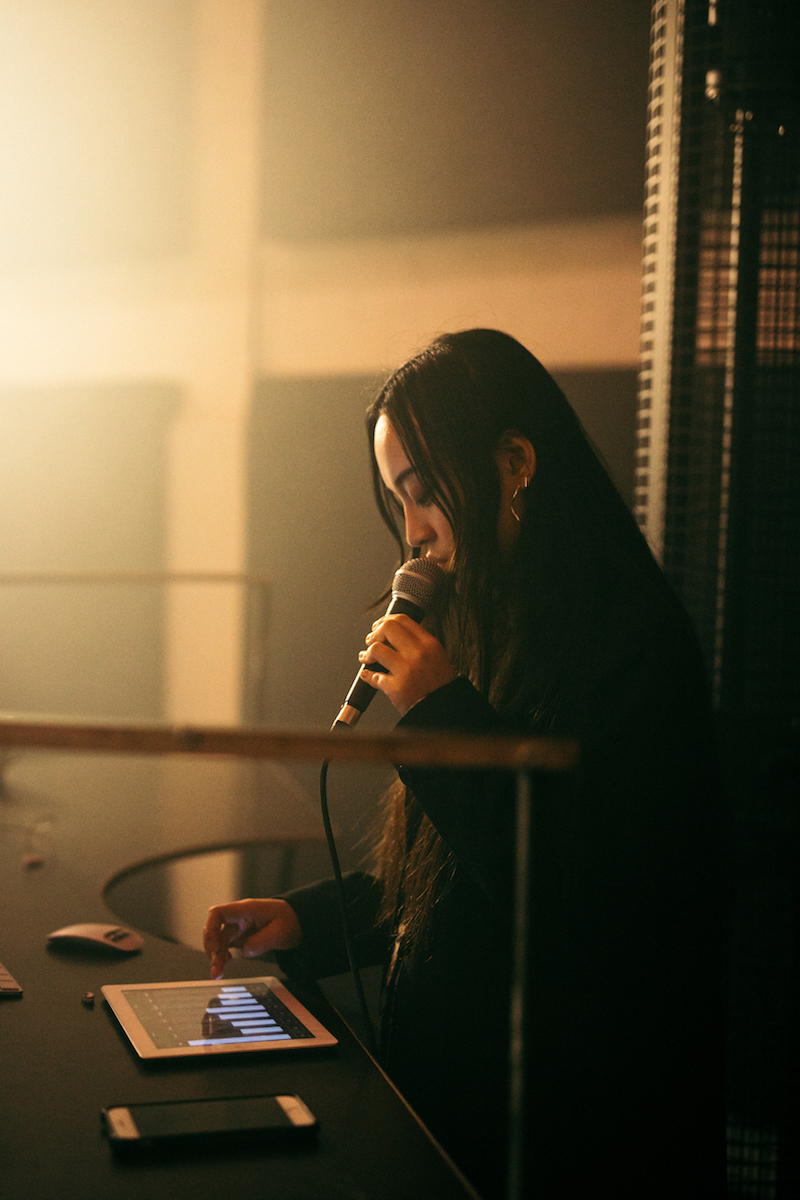 Pan Daijing at MONOM during CTM 2018 // Photo by Becca Crawford

The space of the warehouse was sculpted with sound. Using software interfaces to visualise the grid of speakers, the artists created physical volumes and palpable atmospheres that enveloped the audience. These geometries are, in a way, the epitome of an immersive aural experience. Apart from Gaika’s performance, visual displays were completely secondary; lights were kept to an atmospheric minimal and the artists were tucked away in the back, supporting the sonic performance rather than directing it. The absence of visible focus points was unsettling, betraying the collective habit of facing towards the performer. In the end, it was 4DSOUND itself that generated and contained the artwork, cultivating a different listening experience and allowing visitors to wonder about all of the various fictional universes that could be created at MONOM.