Colombian producer and pop surrealist Lucrecia Dalt deals in restless, cerebral electronics. Trained as a civil engineer with a specialty in geotechnics, Dalt has released five solo albums since 2006 and has also worked on collaborative pieces such as ‘Terepa’ (2015) and ‘Monika Werkstatt’ (2017). During CTM Festival in Berlin, Dalt put together an otherworldly show at the HAU1 theatre. Her voice-calm, warm, prophetic-navigated the audience through a fantastical world populated by elusive presences, electronic warbles and syncopated rhythms. The stage was bathed in red light, slowly shifting to an eerie blue and green, and opposite Dalt’s table stood a small, unidentifiable object on a box. The artist gazed and gestured towards it, almost as if it were her creative partner. We caught up with Dalt in Berlin to discuss her show and recent musical work. 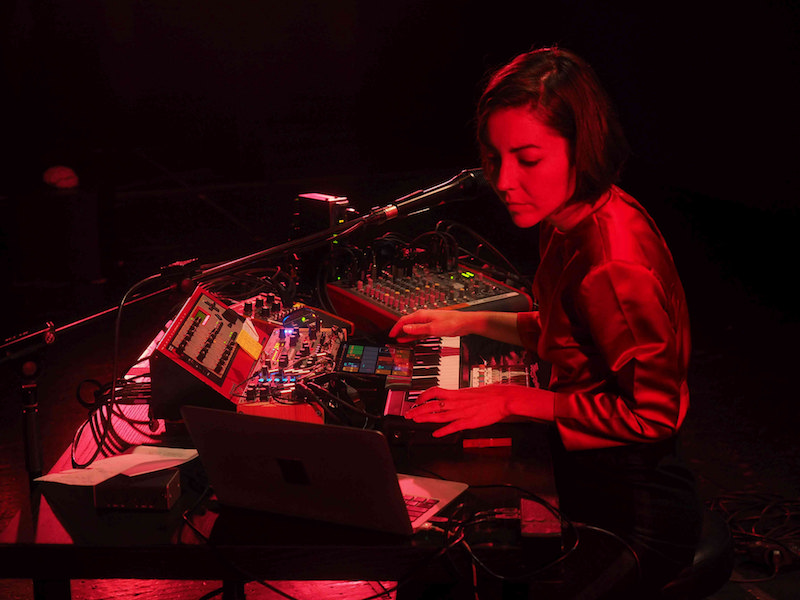 Diane Barbé: Your performance at HAU was very dynamic, both musically and visually. It looked like you were communicating with a small object on stage. Can you tell me more about that?

Lucrecia Dalt: This is the first time I created something purely scenographic for a show, since I don’t use video projections or visuals. It occurred to me that I should shift the attention of the audience away from me, make them lose their focus. By doing gestures towards another place in the room, I could create a tension between me and an object, either existing or non-existing. That object is a reference to the Boltzmann brain [a paradox from quantum physics, where the universe being in a conscious state that thinks it is in a universe is more probable than the entire physical universe actually existing]. It’s a bit of metaphor, transforming a scientific and philosophical concept into an extreme form of poetry.

DB: At one moment during the performance, you asked “is it consciousness or is it matter?”

LD: This connects back to the Boltzmann brain. I’m wondering about where this other form of consciousness could manifest. Could it be found in errors of skin? In gardens of dust? In mutations of sight? All of that is impossible, but it could still happen, metaphorically.

DB: In your previous albums, your voice was used as a melodic undertone. In this live performance, however, you took it to another level: storytelling. What is your take on spoken word in music?

LD: I’ve often wondered about a form of singing that would flow from another part of my consciousness, and I have a basic fascination with spoken voices. When you analyse people speaking, it’s amazing how ample the modulations are within the same voice. In situations of excitement, the voice sings more; when you are sad, the modulations are maybe less pronounced. I concluded that speaking can be a really complex form of singing, by being conscious of the tone, the pace, the micro shifts in the range and the pitch of the voice. These are all unconscious decisions while speaking that I try to make conscious in my work. As for the text I used in the show, it was made in collaboration with Henry Andersen, an Australian artist and composer who is now based in Brussels. We sat together for a whole weekend discussing and writing about edges and boundaries in different scenarios like the heliopause, or the folds of the earth.

DB: How did you start making music? Gudrun Gut mentions, in a conversation with Jan Jelinek, that your father made loop machines for you.

LD: Yes, he did! They’re not quite loop pedals, but more of a foot midi controller, that I’ve been using to loop my bass guitar. At first, it was just a USB keyboard covered with a plastic board. He’s also an engineer, so he started to investigate it and programmed a microchip inside and built a whole box with real potentiometers. 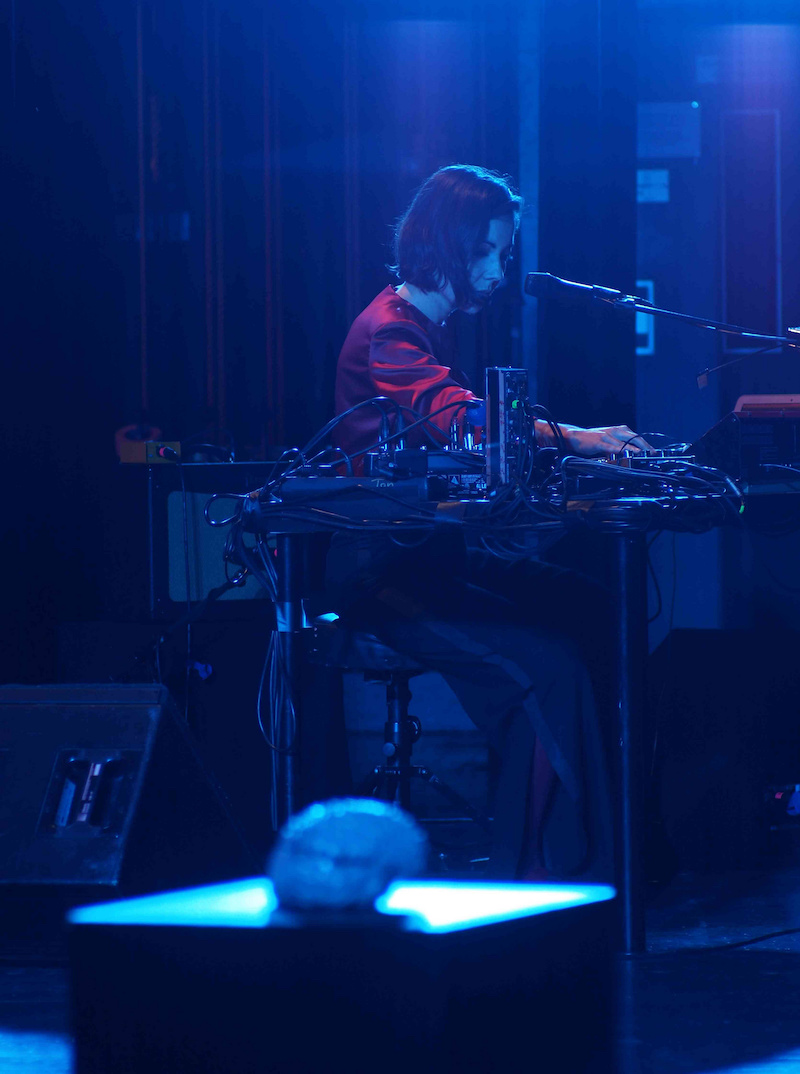 DB: How do you relate to machines when creating music?

LD: At first, I started playing with acoustic guitars and regular microphones, and then became interested in synthesis and processing. Right now, I mostly work with a Nord Clavia, which functions like a modular synth where I can program the oscillators, envelopes, effects and especially the vocoder. It took me a year to program the vocoder because I was curious about generating different textures from my voice. I like to be efficient with gestures and with one trigger I would like to generate many different things. For instance, my voice could become textures, melodies and rhythms. I used to make just one sound at a time, but I found a way to get all these devices to communicate and interact with each other. When you have a system feeding into another system, which is feeding into another, it can go somewhere really unexpected, and I like that. It’s not quite randomness, it’s just at times an intervention from the machines.

DB: Speaking of randomness… You participated in a telepathic music group in 2015, where seven artists would improvise music at the same time but in different locations across the world. The resulting EP, ‘Terepa,’ was released on Nicolas Jaar’s label Other People and the two 20-minute compositions sound both strange and cohesive. What was this experience like? How did the idea come about?

LD: It was all the idea of Kouhei Matsunaga, aka NHK’Koyxen. He had this project in mind for a while and had already done telepathic music groups with other artists. We happened to be in a diner with Julia Holter, Rashad Becker, Charlotte Collin and Kouhei, and we all got really excited about the idea. He simply set a date and a time for the collaboration. No matter where we were, we were supposed to start recording at the same time, for exactly 20 minutes. Being aware that there is someone else out there—in this case six people—who are all trying to play together, means that you really have to leave space for the others to come in. It means allowing moments of silence, trying to imagine that someone else is taking over the part. It’s really just a chance-based experiment, but it also relates to the collective unconscious, trying to believe in telepathy, maybe.