Taking place at Trump Tower and the Palace of Poland, Austrian-American artist Rainer Ganahl’s play ‘Ubu Trump’ employs an eclectic cabinet of characters, including President Donald J. Trump, Ivanka Trump and strange appearances from George Zimmerman and “Tsar” Putin. Orgies, murder and macabre scenes ensue as the performance examines the proto-fascist rhetoric of Trump’s administration, borrowing its structure from Alfred Jarry’s controversial 1896 play, ‘Ubu Roi.’ Ganahl is not the first to make the link between Jarry’s vulgar, dishonest anti-hero, Père Ubu, and the current President of the United States, but ‘Ubu Trump,’ which was recently performed at Spike Berlin and in December at a morgue in Harlem, is the first time Jarry’s work has been completely rewritten and performed with Trump as its star. 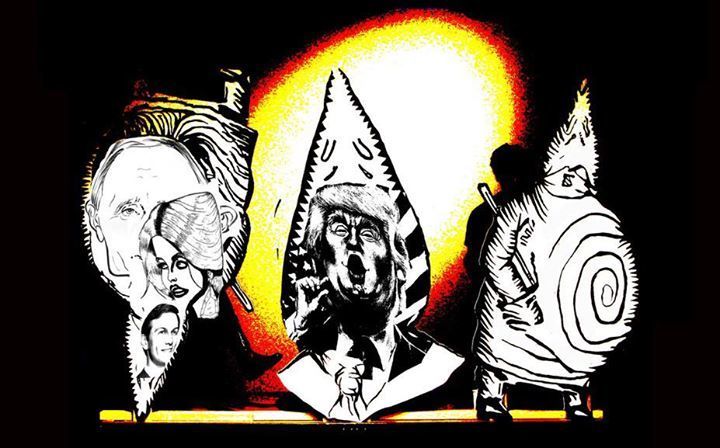 Throughout the relentless 50-minute performance in Berlin, audience members dwindled and lost interest with eyes wandering around the room or toward phone screens. This can perhaps be attributed to the performance’s lack of visual stimulus as its meaning is dependent, almost exclusively, on the audible dialogue exchanged between Ganahl and two volunteer actors. Three large white panels, each with updated versions of Jarry’s original paintings of the round, egotistical Père Ubu, cover the actors. On one, the President is depicted in a comic and exaggerated pose, while the body of Père Ubu is morphed to form a Ku Klux Klan hood. On another, Ubu is upside down with faces of Jared Kushner, Ivanka and Putin on his belly. In spite of any seeming boredom from spectators, however, it is incontestable that ‘Ubu Trump’ raises stimulating themes in an intriguing manner. It is a provocative decontextualization of Trump’s false, bigoted and alt-right dialogue through the employment of a satirical framework.

The play opens with Ubu Ivanka trying to persuade her father to seize the presidency in the United States by killing the King of Poland (the American President and Polish King merge into one title in ‘Ubu Trump’). Ubu Trump replies, “By my green dick,” a line that comes to be his running catchphrase throughout the performance. Strange linguistic mannerisms such as this are typical of Jarry, whose work often relies on nonsense and absurd dialogue. ‘Ubu Roi’ is considered the precursor to avant-garde movements such as Dada and Surrealism, which sought to deconstruct language and authority through senseless and illogical writings and paintings. 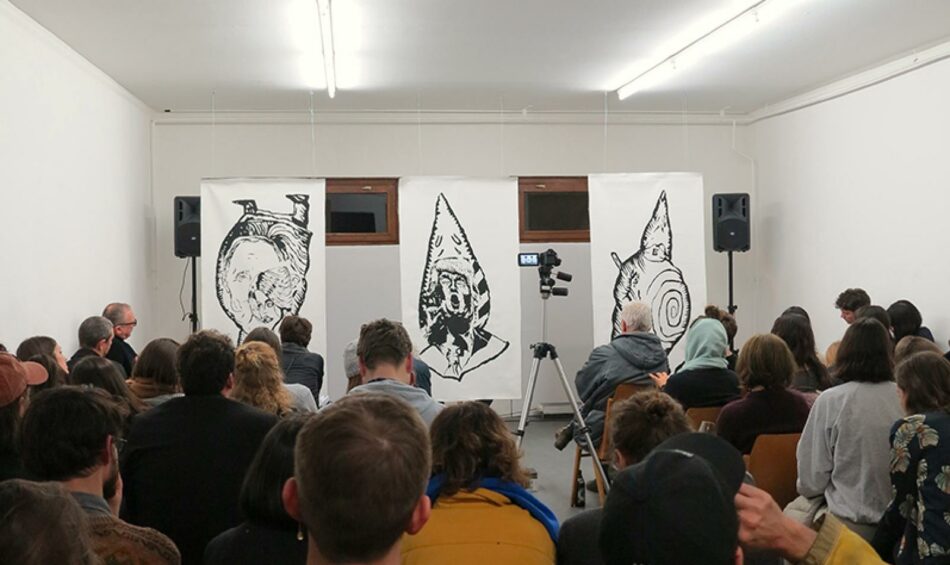 The stupidity and almost frustratingly nonsensical discourse in ‘Ubu Trump’ mirrors the ever-increasing presence of “fake news,” which has come to be synonymous with Trump’s presidency. He continues to blatantly lie to reporters and on his Twitter account, recently wrongly claiming that the audience figures for his State of the Union Address were the highest ever recorded, when in fact he was beaten by both former President Obama and Bush. Trump, like Père Ubu, resorts to shameless vulgarities and falsehoods, remaining unaffected by external society, where fact and morality are valued. In an interview, Ganahl remarked that he feels as if he didn’t write anything at all for this play, rather that he merely updated Jarry’s work and appropriated biased material and idioms that Trump and his advisors disperse through social media platforms. This is testament to how analogous the pair are and reveals how aptly Jarry’s work can be understood as anticipating our current political moment.

The performance ends with Ubu Trump dying while having sex with Putin in a morgue—a fitting end to the life of this grotesque, offensive and arrogant parody. ‘Ubu Trump’ is challenging and defiant in its portrayal of the President, joining the vast collection of videos, memes and artworks that satirise the most powerful man in the world. The performance also illustrates Ganahl’s ongoing fixation with Jarry, an obsession typified by his fan website to the symbolist writer. It is perhaps through an understanding of Jarry as inspiration and framework that this performance can be fully appreciated. 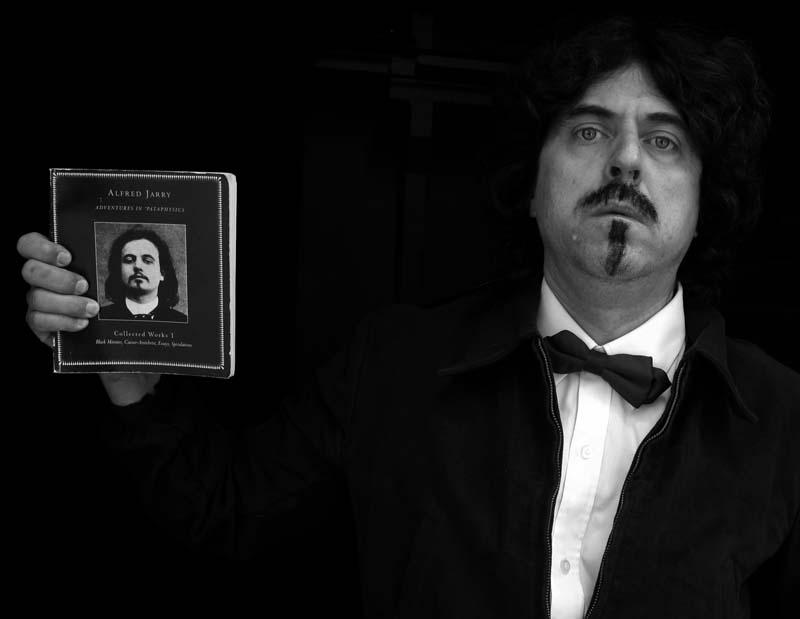 Rainer Ganahl: ‘I Wanna Be Alfred Jarry,’ publication, 2012 // Courtesy of the artist

One cannot help but compare the reactions of the original audience of ‘Ubu Roi’ with the often disinterested response of the spectators in Berlin. Perhaps we are too desensitized, too often presented with politicized art and theatre to respond in riotous outrage as they did in 1896, or perhaps the reality presented to us is all too familiar. The few foreign and fictional elements of the performance and the exaggeration of Trump’s absurd dialogue do, however, provide hope that this chaotic macabre is not yet our political present. Although, it may lie in our future, as Ganahl jokingly claims after the show: “Make America Ubu Again.”

Additional Info
The full performance of Ubu Trump at Spike Berlin is available to watch on Rainer Ganahl’s YouTube. Ganahl will stage the play again in April 2018 in Mexico City.