Taking its name from lyrics of the Joy Division song ‘Candidate’, the exhibition ‘Mess With Your Values’ at Neuer Berliner Kunstverein presents 11 international artists who provide insight into the diversity of Berlin’s art scene and comprise a microcosm of larger political and cultural moments. Each artist was awarded a Berliner Senat work stipend in visual arts last year and this show gives each of them a designated area to present their work and the corresponding theoretical or political discourse. Initially the space—with its array of sculptures, photographs and overlapping audio from video works—can overwhelm the visitor. The captions also offer little aid or thematic synthesis, as subjects range from notions of public memory to representations of protest culture and questions of post-humanism. It is only upon grasping and embracing the idea of “mess” as a framework for the exhibition and a creative strategy that navigating through the space begins to make sense and becomes easier to digest. 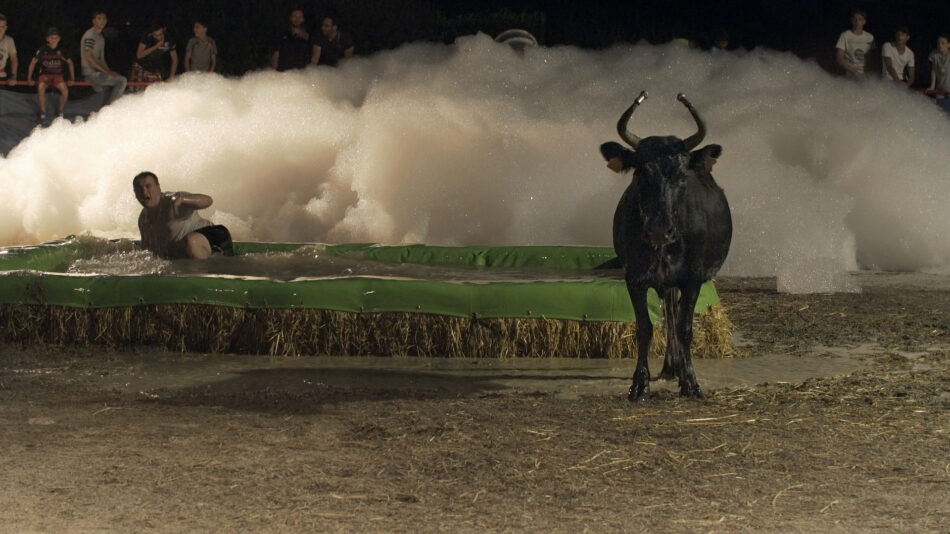 Large-scale black and white photographs of members of Berlin’s LGBTQ community by Annette Frick stand opposite a huge pastel-coloured painting and series of crystal-like sculptures by Nadira Husain. Husain’s patterned and comic-like figures often allude to her dual French and Indian roots and depict scenes in which women subvert traditional gender roles. This work is no different, illustrating a woman punching a male figure—a literal representation of the fight against the patriarchy. In the next room are paintings and an installation of a clotheshorse by Lars Bjerre that focuses on his obsession with tennis socks. Also included are videos by Katrin Glann and Katrin Winkler, an installation by Zoë Claire Miller and a photo series by Andreas Lang. The works included in the show mostly have ties to Berlin, a rooting in one geographical position that not only reflects the sponsorship (from the Berliner Senat) but also provides some form of focus. Ultimately, the show uses an interchange and subsequent blurring between different social groups and ideas to juxtapose traditional power structures and allow an alternative formation of community. 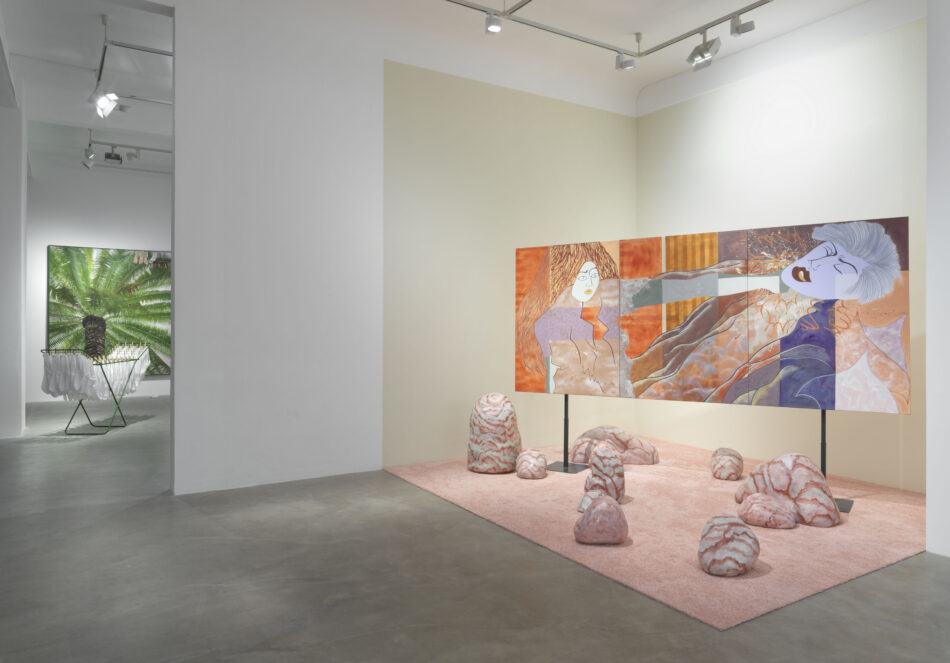 ‘Mess with Your Values’, installation view, 2018 // Photo by Jans Ziehe, Courtesy of n.b.k

A study of forms of historiography is entangled in the concerns of most of the artists and is embodied in the work of Wilhelm Klotzek, which opens the show and first greets the visitor. Klotzek uses textual fragments to explore how Berlin handles its historical heritage, particularly focusing on Germany during the Cold War era. His portrait of German society uses language to scratch the surface of history and enable a reflexivity between the historical and the contemporary. Typographic posters decorate the walls around his group of donation boxes, made in collaboration with David Polzin, that focus on Berlin monuments and a reworking of nationalist symbols. His works retells stories and reverses the language of colloquial sayings. He changes a famous response to the fall of the Berlin Wall from “what belongs together, can now grow together” to “finally separate what never belonged together,” reworking the discourse. Klotzek’s work studies history’s afterlife, depicting the changes and alterations in interpretation. 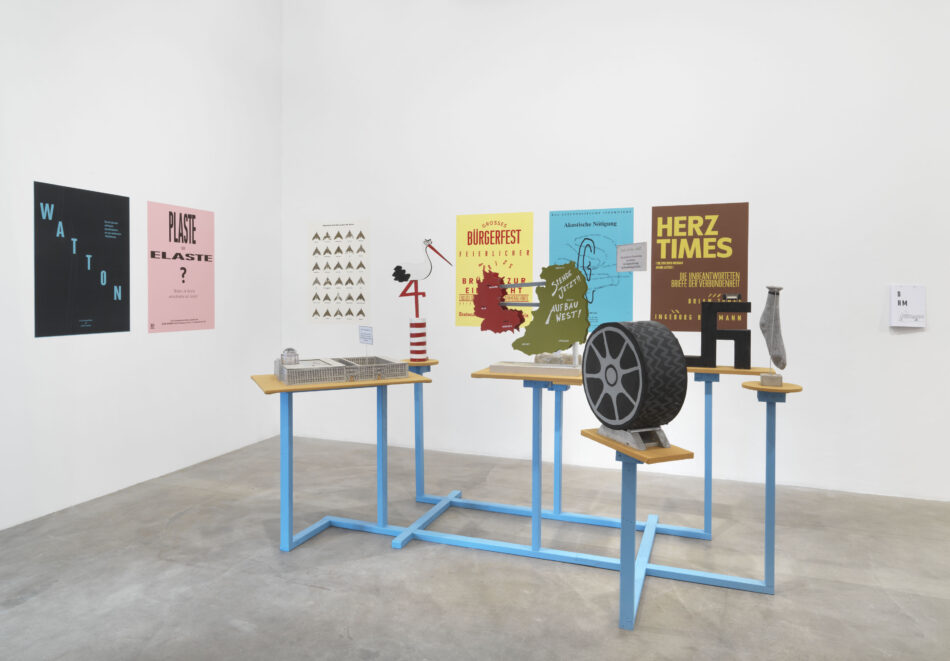 Some of the most captivating and intriguing works on display are the videos, particularly Yalda Afsah’s work ‘Tourneur’, in which she captures a form of bullfighting that takes places in southern France. Rather than killing the bull, the group of mostly young men daringly taunt the animal by running through foam and submerging themselves in a water basin. The work appears to be filmed almost in slow-motion, using muted and focused sound techniques to highlight the movement of the bull. Afsah captures, in a mesmerising manner, the interplay between cultural activities and the construction of community on a micro-level. The unique bullfighting tradition becomes a stage to explore the production of life-worlds that Afsah, as artist, uncovers.

‘Tourneur’ is at once absurd and beautiful, and along with the other works in the show, it allows the viewer to explore worlds not immediately evident or related to their reality. ‘Mess With Your Values’ presents a multiplicity of habits, traditions and histories to show the mutable and contradictory nature of society and history. An aesthetics of disorder is employed to confront the cultural boundaries that exist within our societal moment and to depict the entanglement and chaos of our geo-political environment. Deliberate ruptures are revealed, and rather than attempt to consolidate the range of topics, the show celebrates an exchange of narratives and an examination of differing structures present in society. The presence of ambiguities subverts the expected thematic synthesis of an exhibition, but allows a more representative expression of humanity.