Multimedia artist Stephanie Sarley became a viral sensation with her ‘Fruit Fingering’ series, in which she films herself stroking and prodding pieces of juicy and flesh-like fruit. Over the course of a few weeks in 2015–16, art critic Jerry Saltz called her a genius, her Instagram following grew by nearly 1,000 percent, and she became the inspiration for a meme movement. This series of visceral and sexually provocative videos also, however, became the subject of censorship and copyright disputes after her work was repeatedly removed, stolen and appropriated online. These videos even resulted in Instagram disabling Sarley’s account three times in one month. 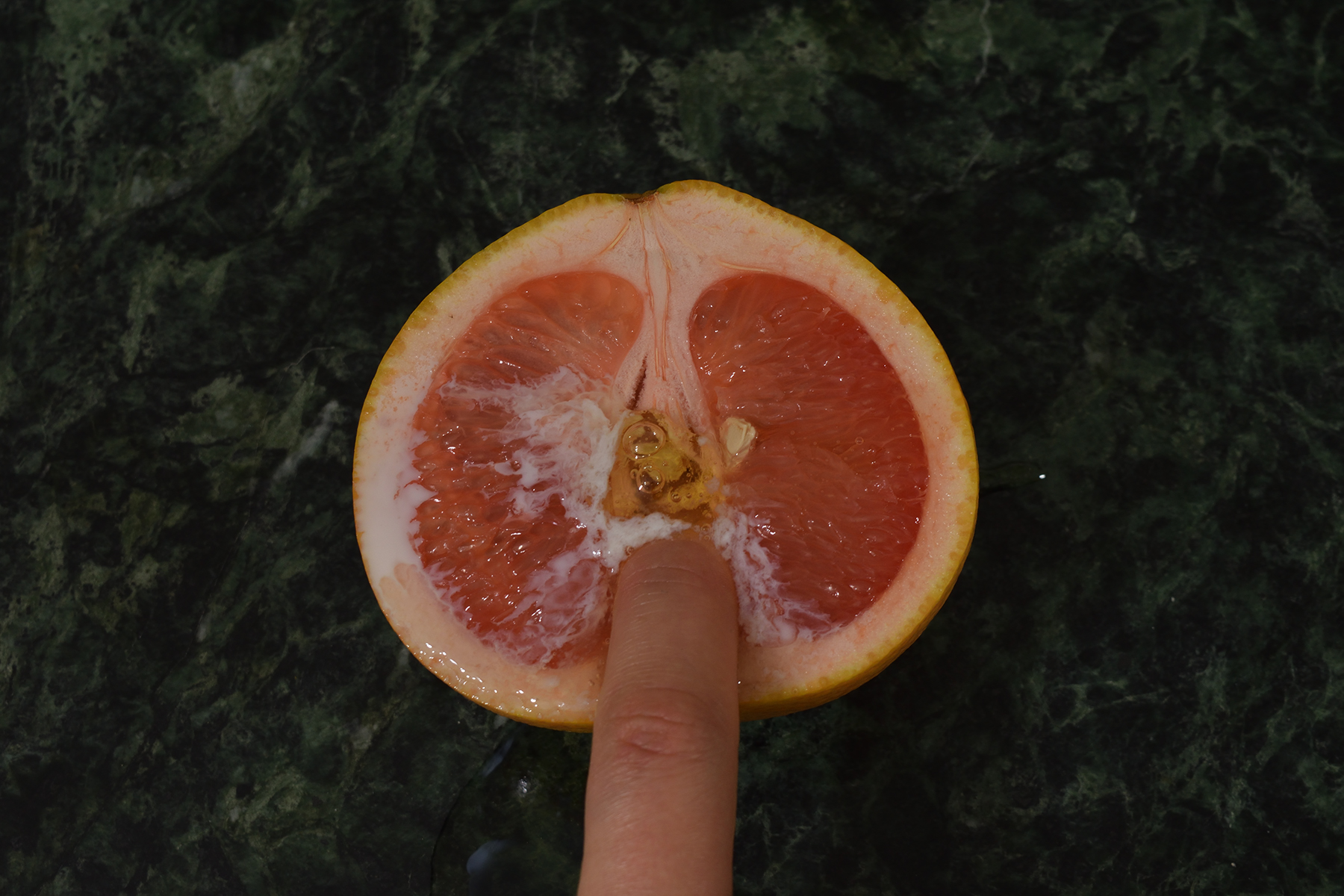 Sarley originally joined Instagram back in 2014 to promote her colouring book ‘Dick Dog & Friends’, which is a collection of illustrations of dogs with phallic snouts. Her series with fruit builds on this playful depiction of genitalia and attempts to redefine how people look at food. Her videos also aim to dispel artistic and societal conceptions of the female body as something to either exploit or be disgusted by through an empowerment of vaginas and a privileging of the female gaze. Despite this, she still receives a lot of negative comments, particularly, she notes, from women who are uncomfortable with her “obscene” imagery. Her work is currently on show at the Museum of Fine Arts in Leipzig and is part of the ‘We Are Food Show’ at the Museum Jan Cunen in the Netherlands. Sarley recently shared her thoughts about consent, her legal battle over copyright infringement and using raw femininity to re-appropriate women’s bodies.

Jess Harrison: Your fruit art videos employ a combination of absurdity and humour to empower female genitalia and challenge aversion to female sexuality. When you initially conceived of the idea for these videos did you consider them to be acts of protest or were you just playing with your food?

Stephanie Sarley: At first it was more emotional and visceral, a humorous and impulsive act, meant to be filmed as art, but what it’s become for me I could not have predicted. I had already been working with fruit for a while before I fingered a blood orange. There is a series of peaches between my thighs with skirts and dresses that is very significant to me. When it was censored numerous times by Instagram, it became apparent that my work was challenging perceptions of female sexuality. People were trolling me heavily and were very offended by the imagery of a finger and fruit, especially coming from a woman. Simultaneously, there was mass intrigue in the press. My work is about representing raw femininity in the arts. My art is not gendered, though, it’s just more personal in that way and it’s for whoever wants to experience it. These works are not just touching on humour and sexuality but exploring spaces of discomfort and anxiety. A part of my artistic process is a form of catharsis, but there is truth to that in every artist I believe.

JH: Why do you think your work elicits such strong and negative responses from the public, especially so many women and young girls?

SS: It’s hard for people who have not been exposed to a lot of different kinds of art and who are unwilling to be open to new exciting concepts to think critically about my work. They get uncomfortable. It makes them feel something so they get angry or grossed out. A large amount of the comments I get are “WTF” with a crying face emoji or sometimes they say, “I’ll never look at fruit the same.” But then on the other hand, often people are really amused and think the videos are hilarious. My work is very meaningful to my fans and they cite me frequently as inspiration. I have gotten feedback about my art making people feel more connected to food in creative ways. They send me videos that are fun to watch and I get the sweetest fan mail, even from art students that are doing projects on my work. It’s very rewarding and uplifting to know how much I inspire people.

I believe that the reason women and girls give negative responses to me is sometimes because of internalized misogyny and their body image insecurities. A lot of the time though, it’s just closed mindedness, jealousy and unhappiness. These are the classic characteristics of a troll—it can be a man, a woman, it doesn’t matter. I just block people if they are too nasty. 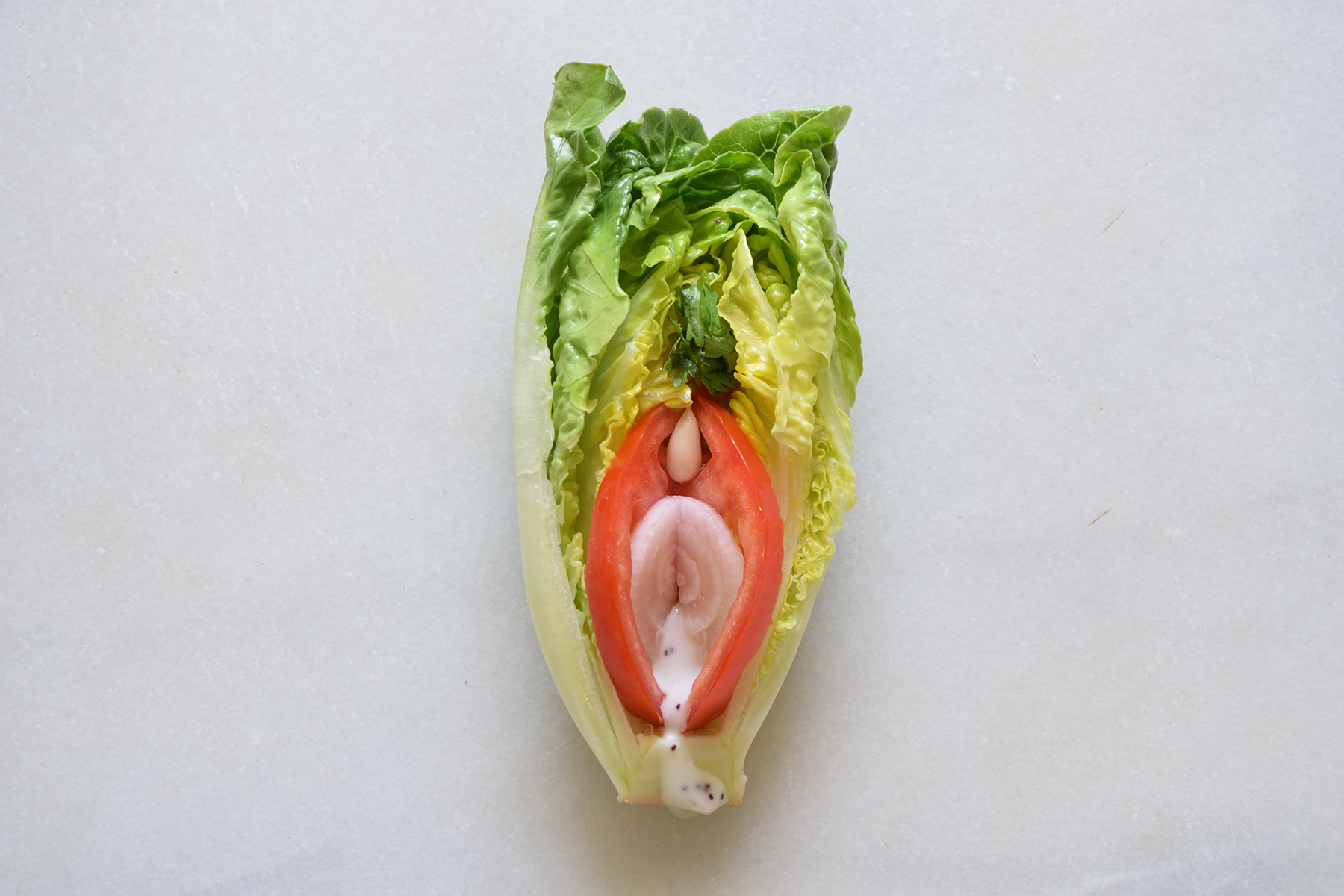 JH: Your work relies on a substitution of genitalia for fruit. Do you think that the absence of the female body in your videos affects people’s reactions? Do you think it makes it easier to feel offended?

SS: Totally, yes. A lot of my current works use this substitution, but I veer away from being categorized as producing just one type of works, even though my fruit art is dominating because there’s a lot that came before and a lot that is being done. I do think people sometimes disassociate my imagery of hands and fruit from a real person behind the art and that can make it easier for them to feel like confronting me and venting whatever comes to mind in the comments. Also, it seems to serve as a mirroring effect for people to internalize things which can trigger.

JH: Have your projects evolved in any way as a result of the critique you’ve received and the issues with censorship and copyright?

SS: Yes to some degree. The copyright problems—having to file a lot of DMCA (Digital Millennium Copyright Act) take downs for copyright infringements—takes time which effects my art. It’s an extensive legal process when you’re dealing with internet copyright: You have to fill out forms and give information with links to original work. I even had to get a lawyer one time. I do it to protect my brand and identity, and financially there are damages involved because people steal my work for commercial purposes. In 2015, when Instagram removed my account three times in a month, I began to imagine how I could anthropomorphize nudity and femininity in a surrealistic way to challenging internet censorship and see how far I could go with it. The copyrights infringements and plagiarisms are a part of my life now so I process all of it as a source of inspiration for my new work. Having to decipher all of this has been intense and I’ve learned a lot. You will see this integrating into my work more increasingly. 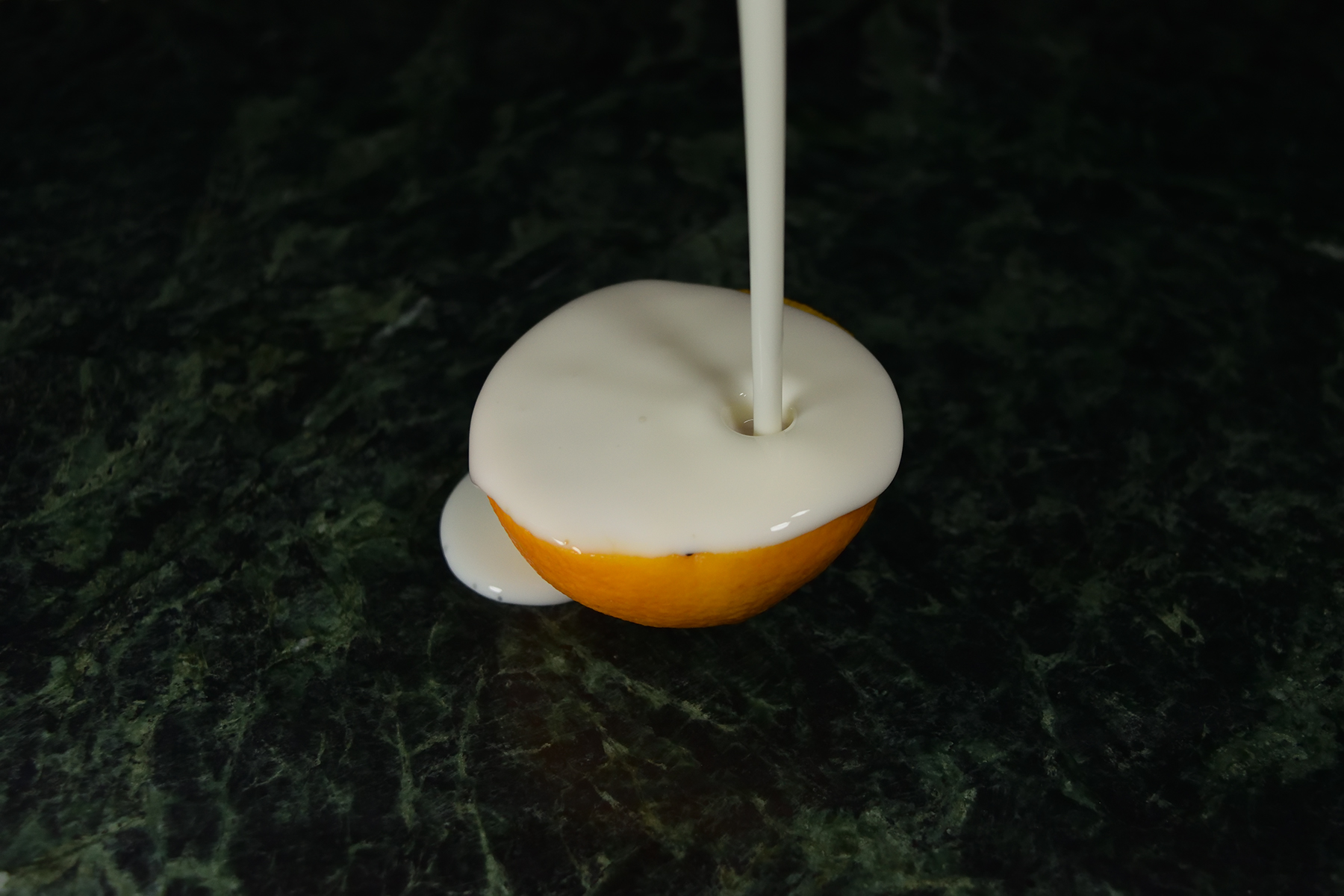 JH: I find it interesting—and kind of funny—the way people comment and bring in consent, asking if the fruit gave its consent for you to touch it.

SS: Yeah it’s insane. It’s also offensive to rape survivors or anyone who understands that these people are essentially reducing the concept of consent to a fruit, and that’s super degrading. A lot of the time people are teasing, although I swear some of the hard-core vegans actually mean it.

JH: Why do you think there is such a strong association in art history between food and feminism?

JH: There is a canon of feminist art from the 70s and 80s which deals with food, often in disgusting ways. Cindy Sherman and Carolee Schneeman, for example, explore the relation between the female form and the expulsion of bodily matter. Was their work a kind of source of inspiration for you?

JH: What kind of rhetoric or imagery do you think artists, writers and activists need to employ in the future “to prevent society viewing women’s bodies as a threat, something to censor, or exploit”?

SS: I think being bold, being yourself and staying true and fierce to your own vision is what’s best. There are many approaches, like parodying or over exaggerating characteristics that people associate with womanhood or girlish things, but I think we just [need to] show raw femininity, however that may be.