Artist, activist, author and gallerist Tainá Guedes has always had a passion for food. Through all of her work, no matter the medium, she uses both the topic of and physical food as a channel to express concepts and societal concerns as well as engender dialogues thereabout. In 2013, she opened Entretempo Kitchen Gallery in Berlin, a space dedicated to exploring the political and social ramifications of food and its place within history, sociology, geography, science, philosophy and communication. The following year, Guedes founded Food Art Week, which continues in cities around the globe. This year, there will be Food Art Weeks in São Paulo (her hometown), Paris and Mexico City with events ranging from panel discussions to immersive dinners and exhibitions focused around the theme of “Sugar.” In addition to her own artistic practice and running Entretempo and Food Art Week, the multihyphenate also has two books to her name: ‘Kochen mit Brot’ (‘Cooking with Bread,’ 2014) and ‘Die Küche der Achtsamkeit’ (‘The Kitchen of Mindfulness,’ 2017).

Guedes spoke with Berlin Art Link about everything from the influence of Buddhist cuisine to water pollution and how her various projects came to be. 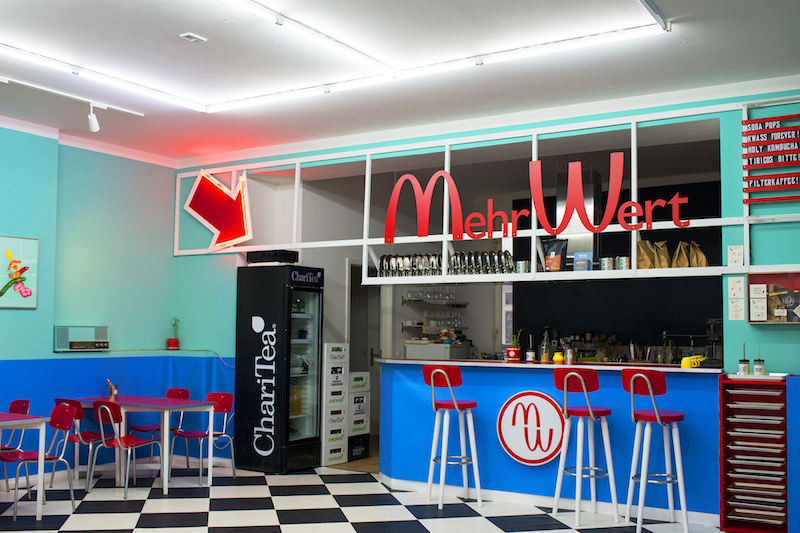 Berlin Art Link: In addition to being an artist, you’ve also been trained as a chef and have opened your own restaurants. At what point did you want to combine these two fields?

Tainá Guedes: At a certain point everything made sense to me because I’m not a fine artist and food was always a big thing for me. My father was a macrobiotic practitioner and then I studied at a Waldorf school where food played a role [in my education]. When I was 19 years old I helped open a restaurant in São Paulo, which eventually had nine locations and a fashion label, which I designed. I did a lot of exhibitions inside the restaurants and hosted cultural events, because it was a Japanese restaurant for non-Japanese people and I wanted to translate the Japanese culture to them.
Then I trained as a chef de cuisine, but I became vegetarian and I wanted to do something meaningful for my life. So I left everything—the Vogue magazine parties, the restaurant, the fashion label—and I went to Tokyo to learn the Buddhist vegetarian cuisine, which is more like a philosophy. I came across this word mottainai, which means “reduce, reuse, recycle” and it’s also a way to say thank you.

I eventually moved to Berlin and started doing activism about food waste, and realized that my installations were powerful in the sense of engagement. People would would enjoy it and say, “What is this? It’s beautiful, but what is it about?” They would be more interested in learning about food waste. I was meeting and collaborated with scientists, activists, filmmakers, all kinds of people who were using food as a medium, but I was missing a place where I could bring them all together. Then I decided to open my gallery and I put together the first Berlin Food Art Week. I thought, “if we really want to promote change in the world, we have to get together and be as many as possible so we really have an impact.” 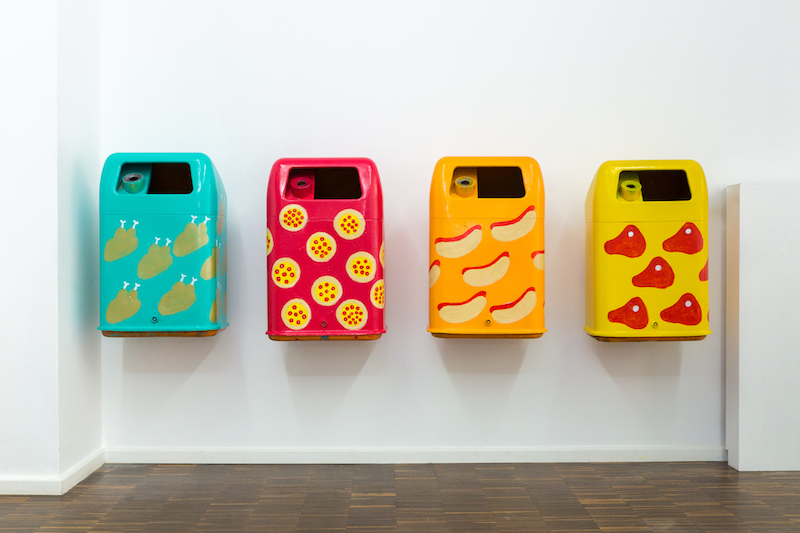 BAL: How do you see food as way of getting people involved in art who might feel excluded from the “elite art world,” or vice versa? How you see food and art interacting and working with each other?

TG: I did all kinds of experiments during this past three and a half years. For example, one of our most popular events is the Artists and Curators Dinner, which is a good way to promote exchange and conversations about artworks. Sometimes you go to a show but miss conversations that can easily happen around a table. Another example is a water installation I did here in Paris and Austria. It’s a very immersive installation made out of plastic to talk about the plastic in our oceans and our water. Kids would come and ask what it was about; they could understand [the problem of water pollution] in a different, more emotional way. This new language could promote a better understanding of all the issues, of all the crises—all these connections in which our food is actually involved.

BAL: Food, as much as it is something that brings people together, can also separate different societies.

TG: Yes, I once curated a show about food waste in Brazil, for example, and people, even curators, said, “Tainá, we’re in Brazil, we are talking about hunger and then you’re coming with this topic of food waste which is the opposite!” The understanding that food waste is related to hunger was apparently a dialogue that had not been touched on before. People did not think about about food waste exists or how it then relates to the issues in Brazil.

I think that food brings us all onto the same page because we all have to eat, and we are many—more and more everyday, and that has a big impact. At the end of the day there is just one planet, and it doesn’t matter if you’re black or white, you’re Buddhist or Jewish. We all [eat] and that connects us in a very deep way. It’s like a common language that we share, but somehow we don’t see these connections within our busy lives. 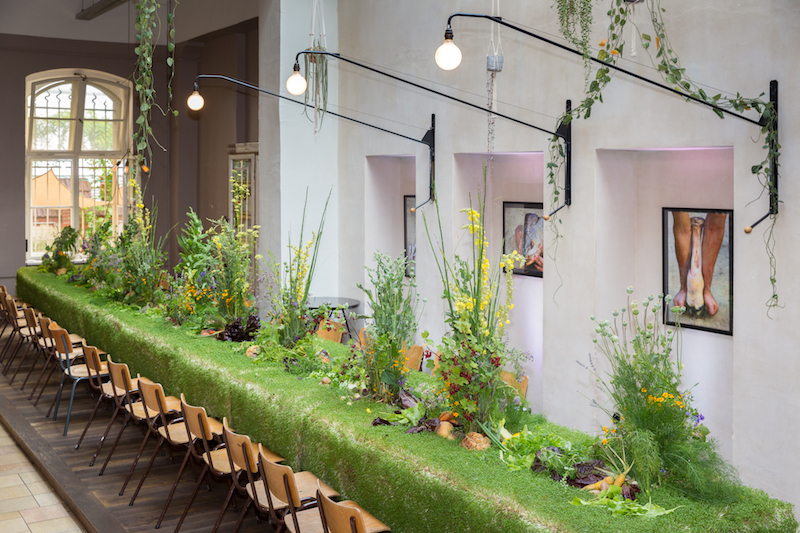 BAL: And then you use art to make those connections, or to have people pause and think about what has happened before, is happening during or will happen after they eat their food.

TG: When I wrote my first book, people would say, “I don’t throw food away” and thought I was pointing a finger, saying you’re doing something wrong. Before we take action—before we decide on reducing meat consumption, before we decide to fight for animal and human rights—comes this motivation, which I think art can elicit. Once you know your emotions and feelings, then you are ready to make the change and you can join Greenpeace or whatever movement. But the decision that comes before is helped by art. When you see a work of art by Yoko Ono, for instance, you feel her motivation to promote peace in the world; you feel connected to that and want to do something about it. This is what art does for people and it’s very powerful. We haven’t found any other tool that’s more powerful than that. I thought it would make sense to connect this power of art to food because food has an impact on the world and all the crisis we are living [through]. If we combine both we have an amazing recipe! 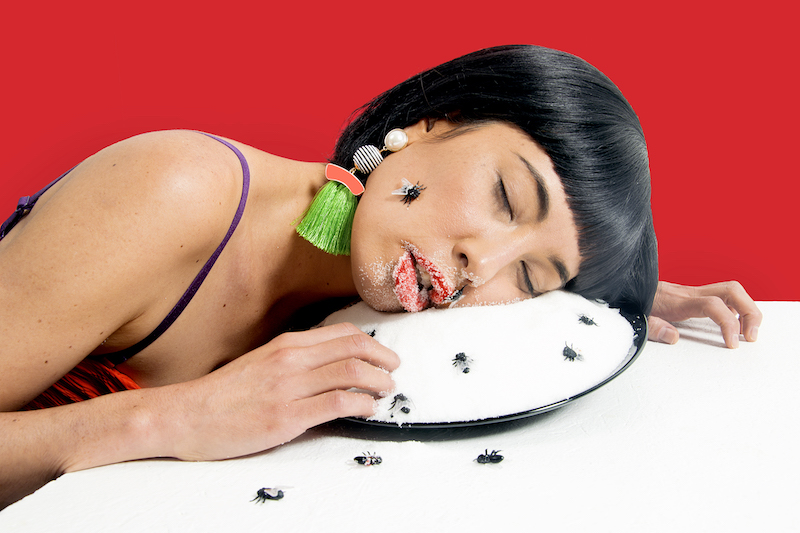 Can you tell me about the topics you choose for Food Art Week? This year it is sugar and last year was vs.Meat.

TG: I’ve worked with different departments of the government, scientists, environmentalists and they helped come up with these topics. Next year we will be talking about water, because the chemicals, the pesticides and the hormones or antibiotics used to produce food, especially meat, goes into the soil and the water. That’s a reality that we have to change.

This year, for Food Art Week, we have works that talk about feminism, being a woman in our society, through the topic of sugar. I look for topics that have ways to connect with others because what interests me is: How do you affect change, how do you talk about important issues? I truly believe that art should bring together scientists, environmentalists, the government and start new and fresh and important dialogues. 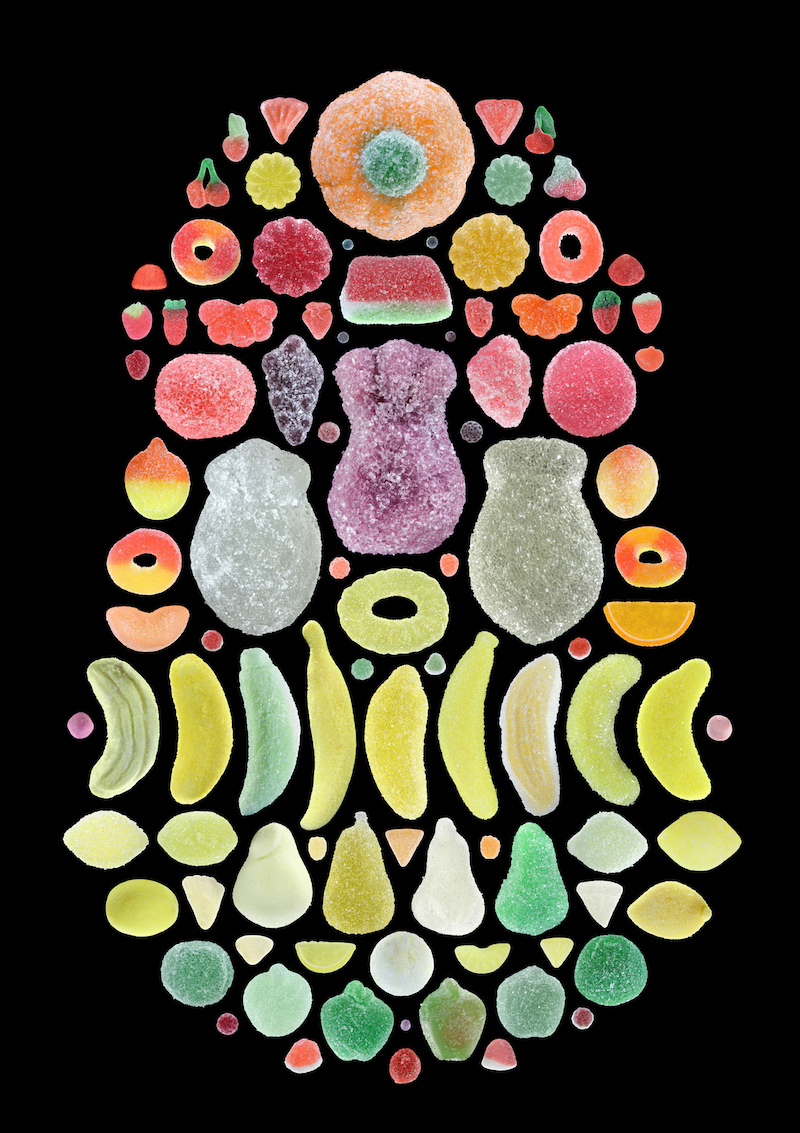