Stepping through the entrance curtain at SAVVY Contemporary we are greeted with a barrage of shrill, sometimes wheezing sounds. Projected onto a screen is a choir of whistlers standing in front of an immense pipe organ. When a chord is played, they rush to respond, some contorting into the sound while others stand perfectly still. ‘The Lord loves changes, it’s one of his greatest delusions’ (2018) by Annika Kahrs is the powerful start to the group exhibition ‘We Have Delivered Ourselves from the Tonal—of, with, towards, on Julius Eastman’, programmed in conjunction with MaerzMusik. The project, also consisting of a two-day conference, continues last year’s focus on the composer’s career, with one of its goals being to curb the “fetishization of [his] blackness and gayness.” In this respect, the show succeeds; it dislodges the doxa of minimalism by situating Eastman in an expanded musical history not centered in the Eurocentric canon. It’s smartly and precisely curated, perhaps as a necessary compromise between institutional legitimacy and personal context, but sometimes Eastman’s calculated provocations, so much a part of his life and persona, can feel lost in the process.

That said, if one digs into the pile of essays on display, a tiny gem is discovered. Originally published in Cape Town’s ‘Chimurenga’,’52 Niggers’ by Stacy Hardy is as a kind of literary homage to Eastman. The vividly written text takes artistic liberties to portray a politics born of personal circumstance—the gayness that made John Cage, in an uncharacteristic rage, say that Eastman was incapable of great work, the blackness that made Eastman’s brother plead that he settle for a jazz gig. Hardy succeeds in integrating the man with the music, rather than as a curiosity in the history of minimalism. In this sense it could also be enlightening to write Cage’s life and gay sexuality into his compositions, but the privilege of whiteness forms the illusion of neutrality. As the taken for granted perspective, it is not so much ignored as unconsciously assumed. 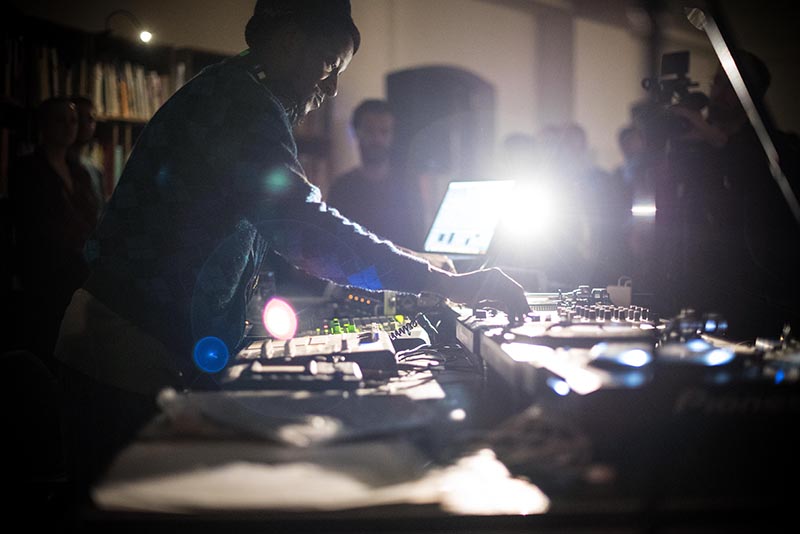 Pungwe‘s (Robert Machiri and Memory Biwa) audio sculpture, ‘Regginigger ‘ (2018), is another particularly visceral work in the show. Even when one room away, the visitor can hear the sonority of Eastman’s laugh, simultaneously taunting and inviting. Upon entering the space it’s revealed to come from one of a series of tape machines, their outdated aesthetic referencing minimalism’s heyday. As Eastman’s voice loops, the other recorders play a variety of archived sounds. The work’s analog materiality gives it an emotive presence, like perfume that hangs in the air after the wearer has left the room. It’s as if Eastman was somehow there. 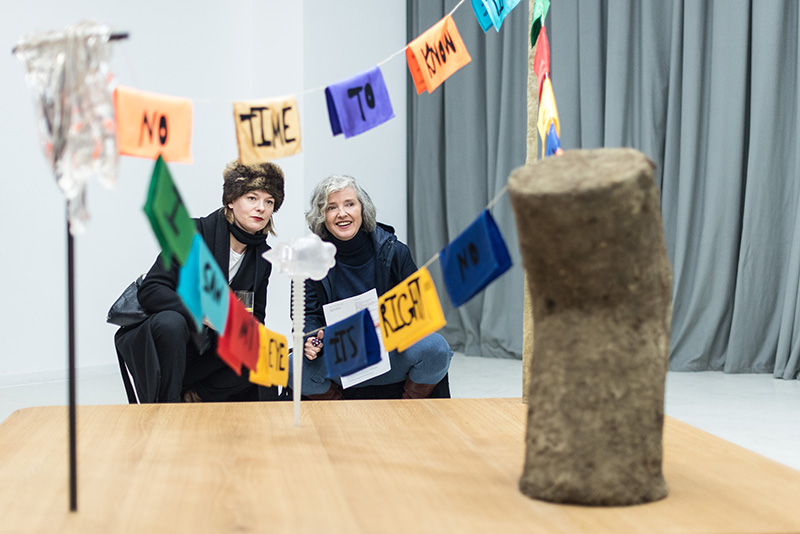 On the back wall is a score by Raven Chacon, ‘The Whistle Quartet’ (2011). Positioned as a direct response to Kahrs’ initial cacophony, it bookends the show with silence. It is intended to be performed on dog whistles, whose range largely lies beyond the scope of the human ear. Paralleling the larger projects’ goals, it draws our attention to that which we may have been deaf to all along, and is a call to humility in the face of that which we cannot know.

SAVVY CONTEMPORARY
‘We Have Delivered Ourselves from the Tonal. Of, with, towards, on Julius Eastman’
Exhibition: Mar. 23 – May 6, 2018
Opening Hours: Thursday – Sunday, 2–7pm
Plantagenstraße 31, 13347 Berlin, click here for map