Liu Bolin, often described as the “invisible man” of the art world, is a performer as much as he is a photographer. He stages politically charged photographs by painting his body to blend into the environment. Throughout his practice, the barely perceptible outline of the human figure is effectively shown to be powerless, for example in the series ‘Hiding in the City’. Begun as a protest against the demolition of houses in the suburbs of Beijing in the run-up to the 2008 Olympics, the photographs in the series capture Bolin camouflaged against various backdrops, including rubble and building machinery. 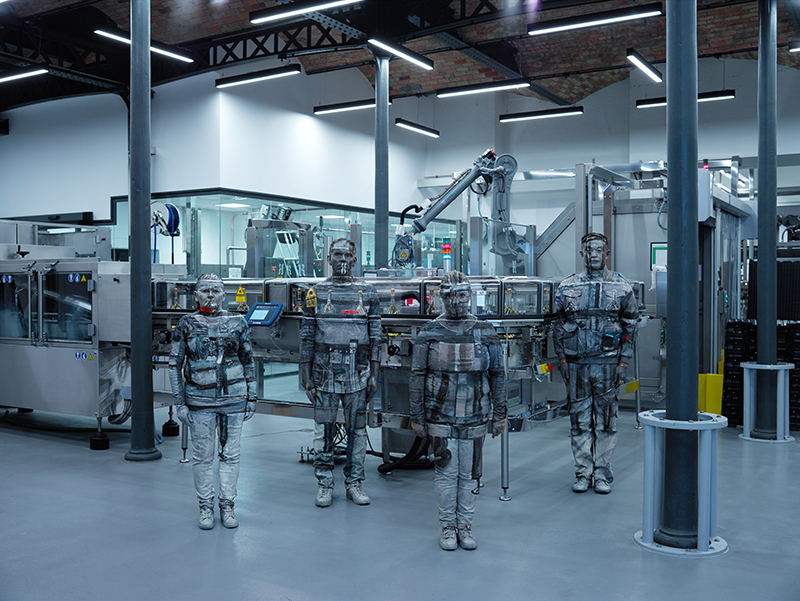 Since then he has continued to use his practice to criticise the politics of China, vanishing into Chinese Communist Party propaganda posters, but also to address more international issues such as consumerism, ecology and financial power. To look at Bolin’s photographs is to experience child-like enjoyment while searching for the artist amongst colourful, repetitive patterns; yet, once found, the haunting emptiness of the presented environments becomes ever more apparent. 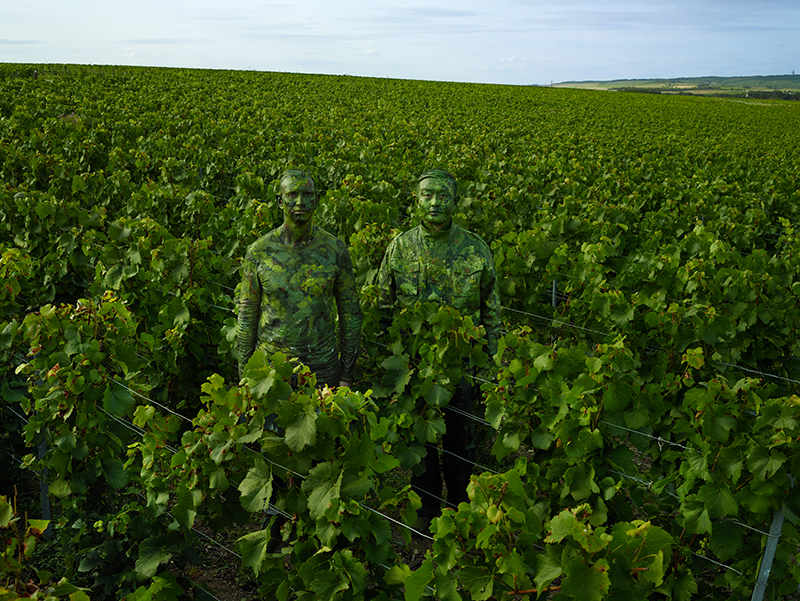 Liu Bolin: ‘Hiding in the vineyards with the Ruinart Cellar Master’, 2017 // Courtesy the Artist and Ruinart

During August 2017 Bolin was commissioned by champagne house Ruinart, which annually offers a residency to an artist to create work that engages with their location and history. Once again, Bolin used his distinctive tromp l’oeil to disappear into the immediate surroundings of Ruinart’s cavernous chalk cellars (a UNESCO world heritage site), lush vineyards and cold, industrial machinery. The distance from his usual subject matter has allowed space for Bolin’s work to become more experimental; in ‘Hiding in the Blanc de Blancs crayère’, flatness is juxtaposed with three-dimensional structure on Bolin’s body, and in ‘Deep underground’ he is split between three different planes, creating an unusual sense of perspective. 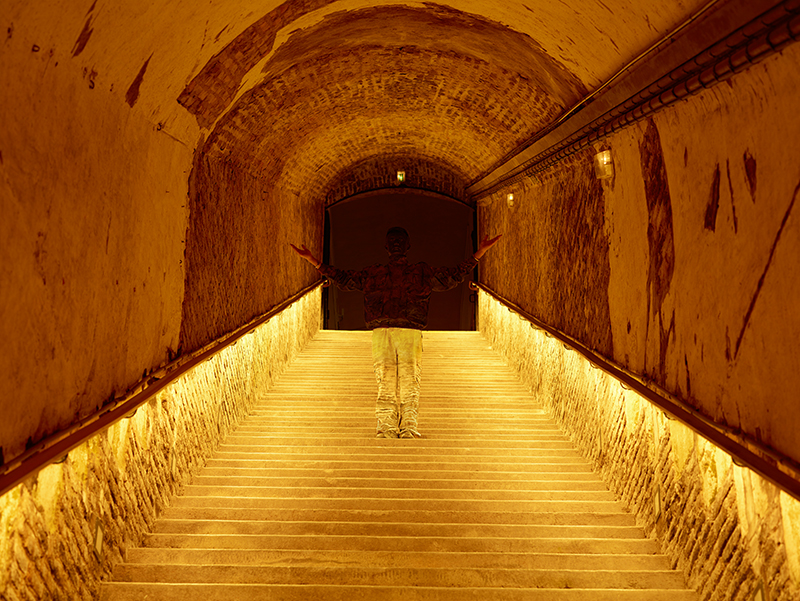 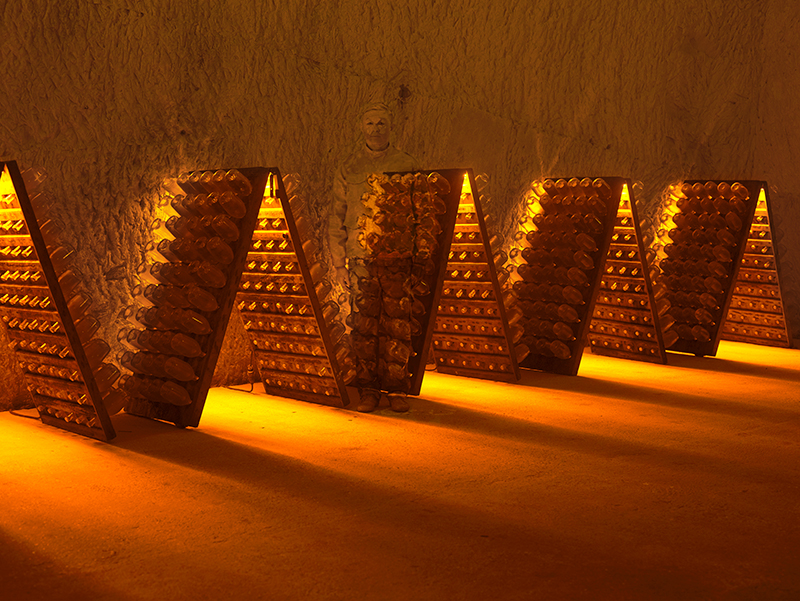 The results of this project, which will be exhibited at Galerie Deschler during Gallery Weekend, also emphasise the increasingly collective and human aspects of Bolin’s practice. The series includes the photographs ‘Hiding in the vineyards with the Ruinart Cellar Master’ and ‘Disgorgement production line with workers’ that show workers posed alongside the artist as they become part of the materials or machinery that they work with.