Having begun as a small curated exhibition in 2016, paper positions berlin expanded into an independent art fair last year and opened its third edition yesterday. The fair’s previous location, Bikini Berlin, hosted 30 international galleries, but paper positions 2018 relocated to a former 1000-square-meter telegraph office in order to welcome more than 40 galleries from 11 countries around the world. Although the vast majority of exhibitors come from Germany, participating galleries include Samuel Freeman (Los Angeles), Nosbaum Reding (Luxembourg), Puxagallery (Madrid) and Maksla XO (Riga), among others. As a whole, paper positions, like its name suggests, focuses on the material of paper and everything that entails. Artworks on view include likely suspects, such as drawings and watercolors, as well as more surprising forms for the material, like sculpture. 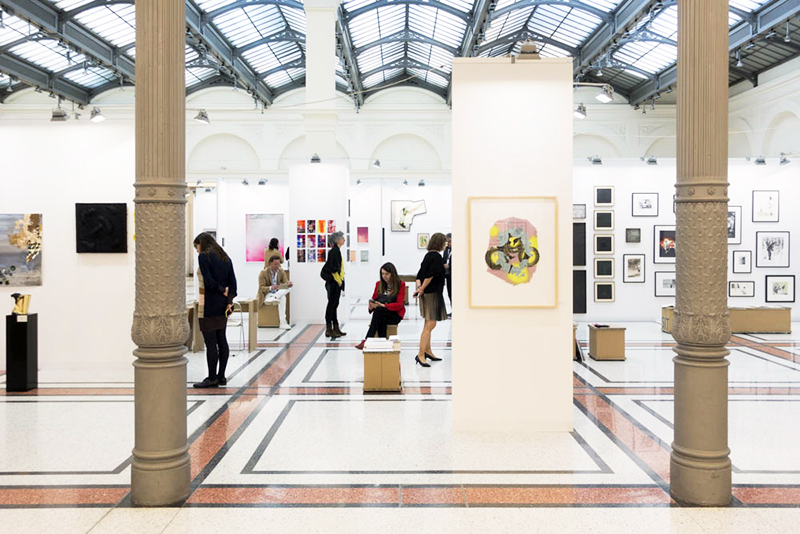 Galerie Dukan (Paris and Leipzig) is showing new oil paintings on cardboard by the Moldovan-born, Hungary-based artist Alexander Tinei. Having exhibited alongside the likes of Adrian Ghenie, Tinei’s figurative works often exude feelings of frustration, grief and loss. In every painting, no matter the subject, he employs his signature soft blue lines, like veins, to render a sense of personal identity—something with which his home country has always struggled following its occupation by Russia. 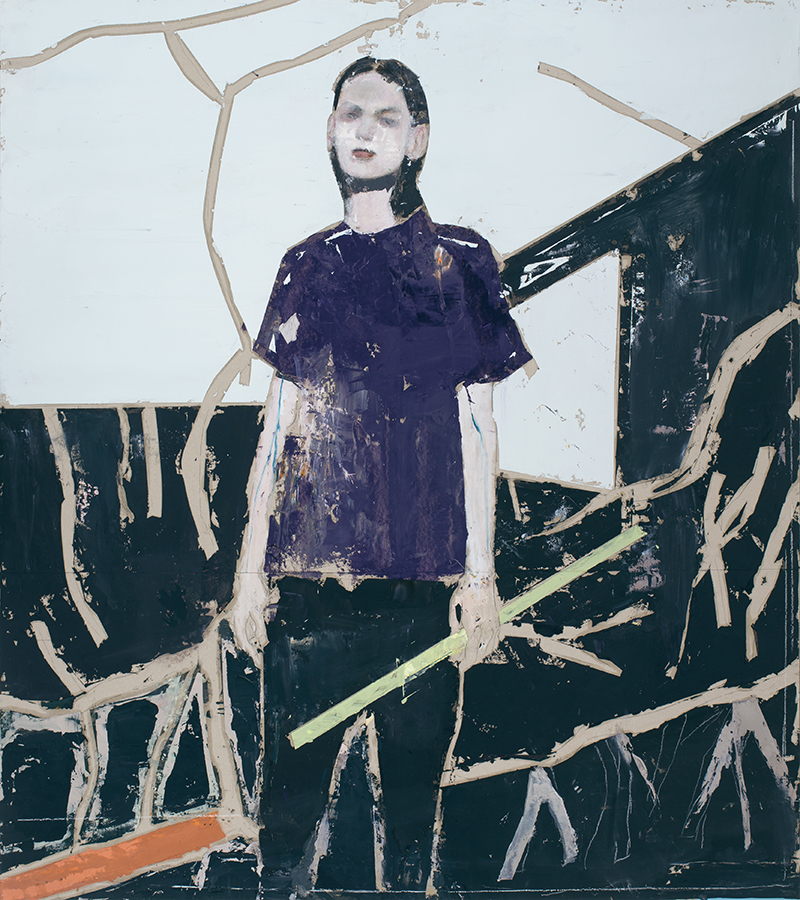 Diagonally across from Tinei’s work is that of Jürgen Malcherek, who rendered a series of women’s faces with luminescent Yves Klein-blue oilsticks. Titled ‘Die Nachtigall’ (The Nightingale, 2017), some paintings appear as if they’re loosely modeled after women found in modern masterpieces or ancient Greek sculptures. Others have their faces obscured by heavy layering and shadows. What each painting has in common, however, is an air of quickness, of something almost unfinished, as if these nightingales visited Malcherek in his dreams and quickly flew away, leaving him only enough time to make an impressionistic, transitory sketch. 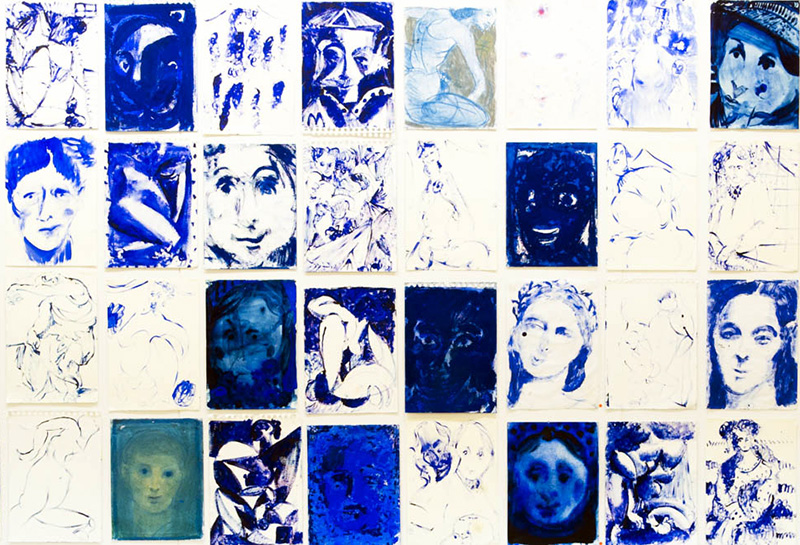 Far from the impressionistic paintings of Tinei and Malcherek, three galleries devoted themselves to photography (a surprise in a paper-focused fair). The majority presented an array of highly technical as well as abstract drawings and sketches, while a few even displayed historical rarities, including a George Grosz colored pencil and charcoal piece from 1914 and an Adolph von Menzel pencil drawing and watercolor from ca. 1865. paper positions 2018 provided a larger selection and more variety than its previous years, and with new editions opening this year in Basel and Munich, we expect it to only keep growing. 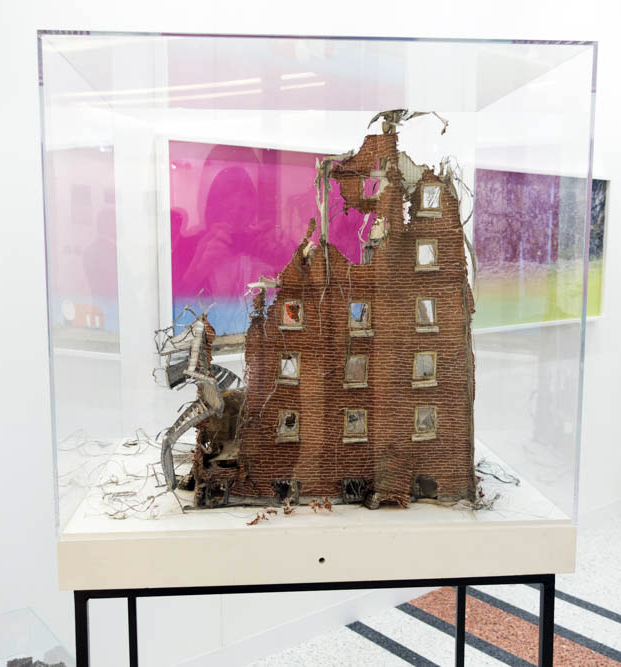