‘El Otro, El Mismo / The Other, The Same’ at KOW is an exhibition that, as hinted by its title, can feel both contrasting and complimentary. The artist collective Los Carpinteros, made up of Marco Antonio Castillo Valdes and Dagoberto Rodríguez Sánchez, has been making work about socialism and Cuban society since 1992, and here they continue to explore these long-standing interests with a depth and variety of tones that range from hope to ambivalence. The fact that they consider themselves to be craftsmen—Los Capinteros means “the carpenters”—as well as artists is evident from the manual aesthetic of the work on the gallery’s ground floor, where the show begins. 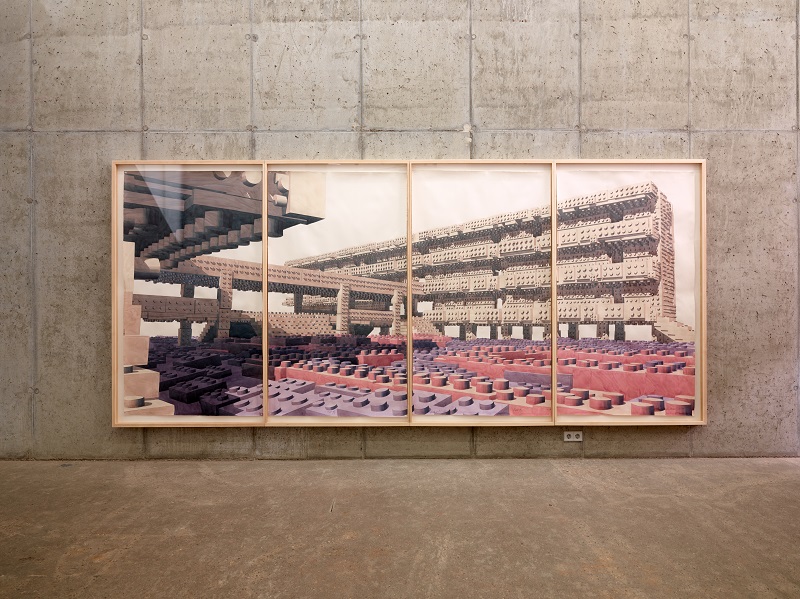 Using watercolors to create ‘Ceiba I’ (which comprises four separate panels that fit together as perfectly as the bricks they depict) was undoubtedly a laborious choice to make an image that depicts an imposing structure made from Legos. This seemingly dystopian structure, however, is actually based on the architecture of a school building—one of many newly built in Cuba in the 1970s and 80s—that has since been abandoned. While for Los Carpinteros the brand Lego symbolises capitalism, it is also a material that renders the building hollow and deprived of function, effectively conveying its current status as an empty monument. Simultaneously, it is an object of play that is impermanent and infinitely malleable; an apt metaphor for the possibility of reworking social and political structures. 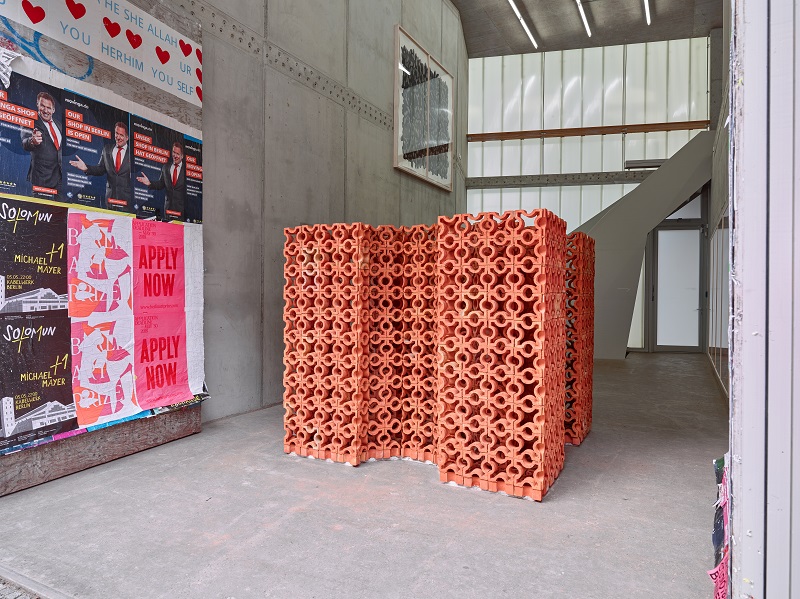 Similar ideas are evoked in three dimensions by the work ‘Celosía Marroquí’, a small pavilion-like structure built from Moroccan clay tiles. As individual building blocks these are a very uniform material, yet the potential for what they could form as an entirety is equally as varied as Lego bricks. Their ready-made quality lends a false sense of functionality to an essentially decorative and purposeless object: an impenetrable architectural folly or, indeed, a sculpture. In the context of these two other works, ‘Gran cuadrado de frijoles neggros’, a watercolor of black beans arranged in a square, makes sense as more than just a playful reference to Kasimir Malevich’s seminal ‘Black Square’ painting. It is, in the same manner as ‘Ceiba I’ and ‘Celosía Marroquí’, an artwork made up of individual components; this time in the form of black beans that are a key food source and, therefore, a fundamentally important part of Cuban life. 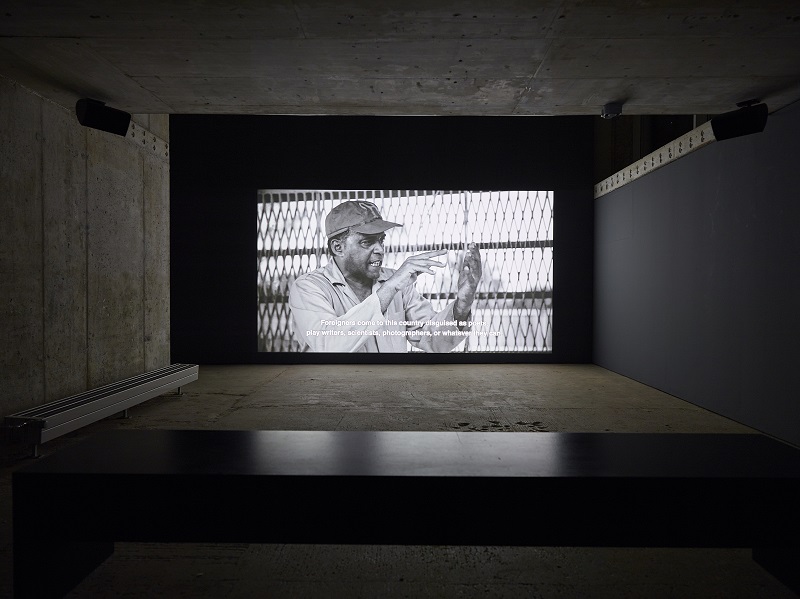 Descending the steep concrete steps into the basement of KOW marks a change in both the atmosphere of the exhibition and the medium of the work. The dark space houses three video works which, although distinct from each other, are connected in a similarly triangular and indirect way as the watercolors and sculpture on the ground floor. The most complex work is ‘Retráctil’, a black-and-white film that seamlessly juxtaposes violence with rationality. It begins with the death of goats in a slaughterhouse, outside of which a man then delivers a speech to an audience. This scene is taken from an important moment in Cuban history and used interestingly by Los Carpinteros as a pre-existing resource to be re-contextualized in the same way as a ready-made sculpture. 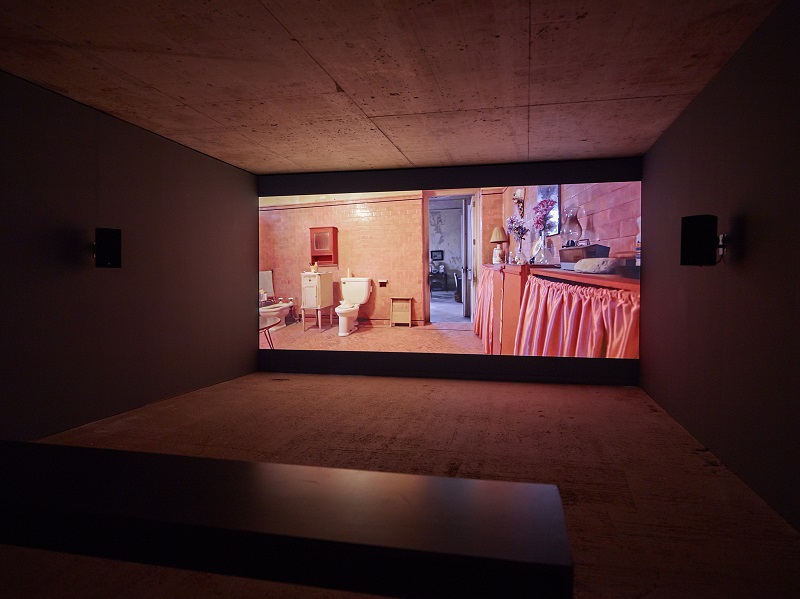 For the film ‘Pellejo (Skin)’ a sense of intimacy is immediately created through putting on headphones to both hear its sound and block out the background noise of the other films. Set in a small room, it shows a young couple having sex and gradually aging throughout its 11-minute running time. At first, the very explicit nature of film and its black and white aesthetic seems parallel with the initial tone of violence in ‘Retráctil’. However, as decades are condensed into one extended moment like a time lapse, the work feels overwhelmingly tender, elegiac and universal. A similar camera technique is used in the film ‘Comodato’ that conveys changes in space rather than time to provide a highly specific social commentary of Cuban wealth, and shows that for Los Carpinteros the personal and the political are one and the same.