The 27 years during which General Idea created collaborative works provides a perspective not only on the ways in which communities can create art, but the ways in which art can create communities. The retrospective ‘Catch me if you can! AA Bronson + General Idea, 1968-2018’ at Esther Schipper traces the group’s practice from its beginnings through the deaths of Jorge Zontal and Felix Partz to Bronson’s present day work. The exhibition wears the intrinsic didacticism of retrospectives proudly; works appear beneath numbers denoting the years in which they were created and the numbers run in strict chronological order. What this structure loses in terms of imagination is recompensed by the specificity it provides: understanding General Idea as much a continuous gesamtkunstwerk as a collective producing individual objects or projects. Reencountering images from the late 1960s and early 70s, the viewer is reminded of the radicality of the central premise of General Idea, the decentering of the unified perspective of creation. At the dawning of the so-called “Me Decade”, Zontal, Partz and Bronson essentially created a “we” project, emphasizing that the creative impulse can be an emergent spirit as much as the brainchild of a specific, vatic “genius”, let alone one working in isolation. The community does not merely support creativity, it actually produces work in its own right. 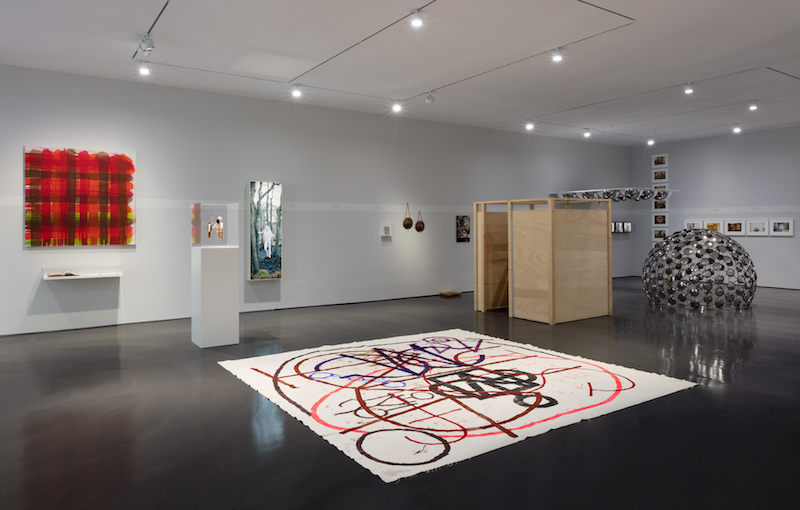 ‘Catch me if you can!’ also includes a pop-up bookstore including a number of publications by General Idea and Bronson. Along the walls near this intervention are copies of FILE magazine, one of the most enduring aspects of General Idea’s project (and a play on LIFE). The magazine, along with the 1971 and 1984 Miss General Idea Pageants, represents perhaps the clearest example of General Idea’s impulse toward expanding their creative project beyond the “official” members of the group. Rooted in the practice of mail art and the production of chain letters, the magazine used correspondence as a significant source of its content. The inclusion of directories and variations on classified adverts further sought to both embrace audience as creators, but also to facilitate creative projects beyond General Idea itself. Looked at from the present moment, there is a certain prolepsis in FILE, anticipating the ways in which images are exchanged on the internet and the ways which social networking platforms, at their best, seek to extend and deepen connections among people. 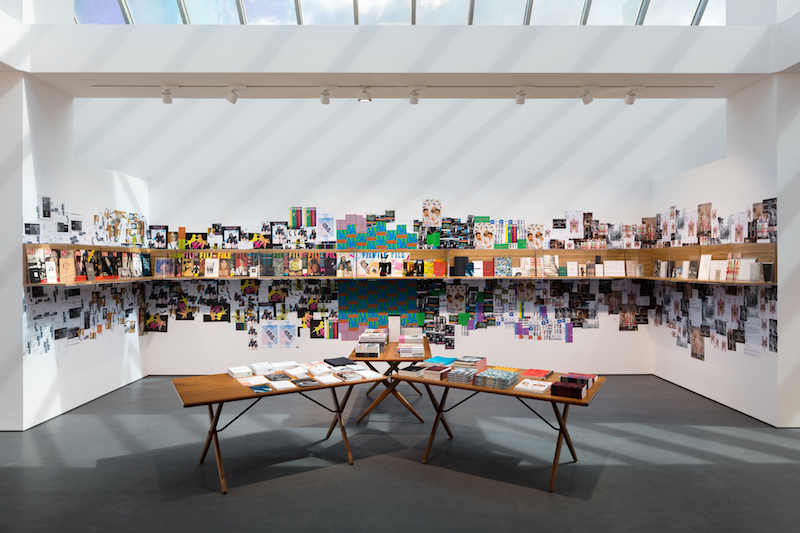 However, there are multiple ways of viewing the mail art projects General Idea undertook. Consider the group’s chain letter projects: in producing chain letters, the artists highlighted the ways in which participation defines identity. In the wider culture of chain letters, sending of a letter to an essentially anonymous person could be construed as an act of aggression. Indeed, many chain letters had a vaguely threatening component: keep the chain growing or bad luck could befall you. General Idea, of course, were not interested in exploiting people’s superstitions, or at least not solely interested in that. To continue a work of mail art is to become a creator in one’s own right, and to form further connections via the mechanism of production. A community is, thus, produced simultaneously with the work.

The reception of a work of art by an audience is also central to the ways in which General Idea and Bronson approached questions of community. Throughout the show at Esther Schipper, works find ways of integrating the audience, either by reflecting the viewer and environment via mirrors, as in ‘Bubble Machine #2’ (2003), or by offering a makeshift glory hole apparatus into which the viewer may enter at their own risk. The piece ‘In Search of the White Rabbit (in Collaboration with Terence Koh)’ (2004–2007) is oddly nostalgic, even perhaps possessed of an odd kind of innocence. It is this aspect, a sense of these works being “of their time”, that is perhaps the most poignant aspect of the exhibition. 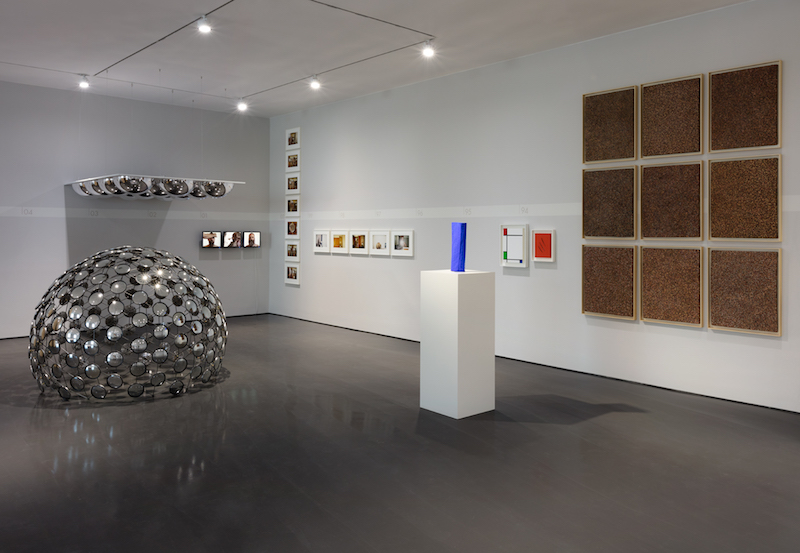 The show spans one of the most devastating periods in the lives of queer people: the ice age of the AIDS crisis. That Zontal and Partz were casualties of a war of institutional ignorance is a tragedy to say the least, but tragedy is only one part of a larger set of implications. Reflecting on the historical period documented in the show, one cannot help but be struck as to how much it illustrates a failure of a communitarian impulse, a refusal to see groups of people as part of the same community with the same needs and rights as others. For all the reaching out General Idea did—through their network of correspondents and the communities brought together by the events they created—the heteronormative culture of hegemony and coercion refused to extend its hand in return, and the unnecessary deaths of so many was the price of this intransigence and willed blindness. 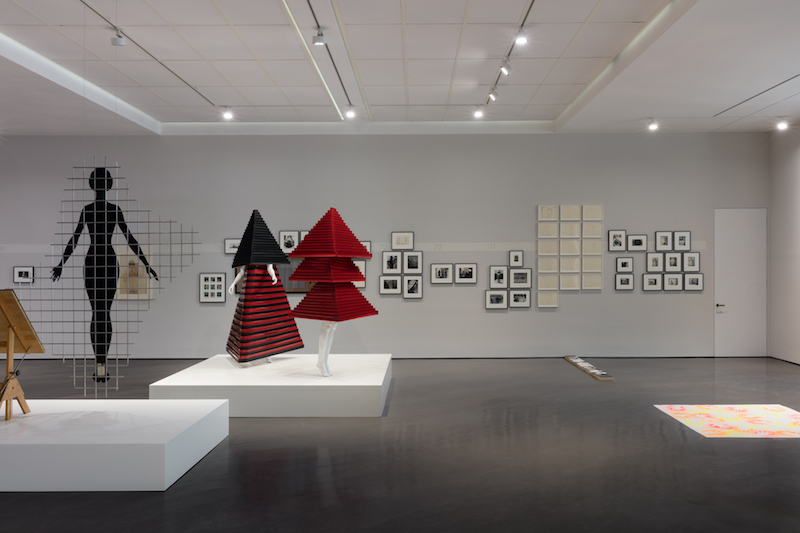 The current, increasingly vituperative and exclusionary discourse, fostered by institutions and institutional figures seemingly bent on repeating the worst mistakes of history does not bode well for the values championed by General Idea, but the works in ‘Catch me if you can!’ can also provide an imperative for the future as much as a documentation of the past: the community is the work, and the work is never finished.