In the latest iteration of the exhibition series ‘Faceless’, presented at the Austrian Cultural Forum Berlin, we the viewers are the exhibited. The series at large explores the history of the obscured face—or faceless image—in the 21st century as seen in art, fashion, photography and news media, with the current installment focusing on film and video works. The series has been shown previously at frei_raum Q21 in the MuseumsQuartier Wien (2013), Stichting Mediamatic in Amsterdam (2014) and De Markten, Brussels, when it was part of the eighth Computers, Privacy & Data Protection Conference. Accordingly, much of the exhibition roots itself in the compromises to our privacy and cultural debates that have emerged following the attacks of September 11, 2001. 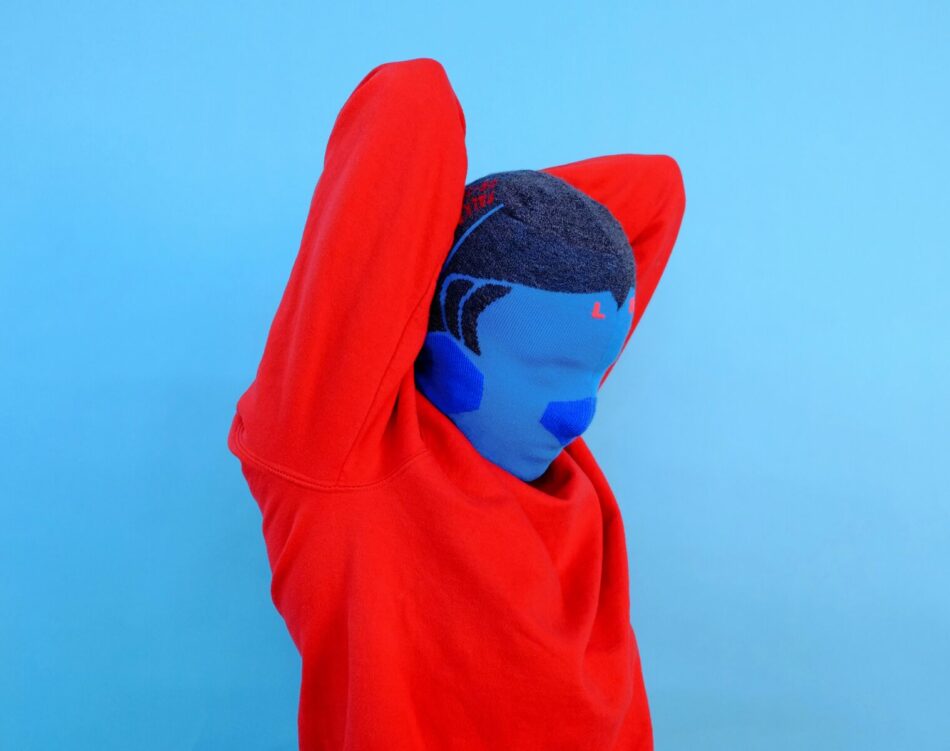 Since 9/11, we’ve witnessed countless politicized movements aimed at banning burkas and headscarves in public spaces, facial recognition technology is now used without consent, and various types of surveillance are omnipresent in the public realm. Combined, these social forces—unconsciously or not—have heightened our fear of the unknown, or as this exhibition proposes, the faceless.

Nezaket Ekici, for example, shows her film ‘Gravity’ (2007), in which we watch the artist wrap her headscarf. She repeats the circular motion until she is completely lost underneath the garments, alluding to the fact that individuals often become lost within these political debates. Elsewhere, this sense of “monsterization” or othering is made literal in ‘Beat and the Pulse’ (2013). Here artists Jakob Lena Knebl and Thomas Hörl merge aesthetics rooted in expressionist silent film with the iconography of Frankenstein‘s monster, examining beauty standards and their deconstruction but also dealing quite literally with this fear of the other. 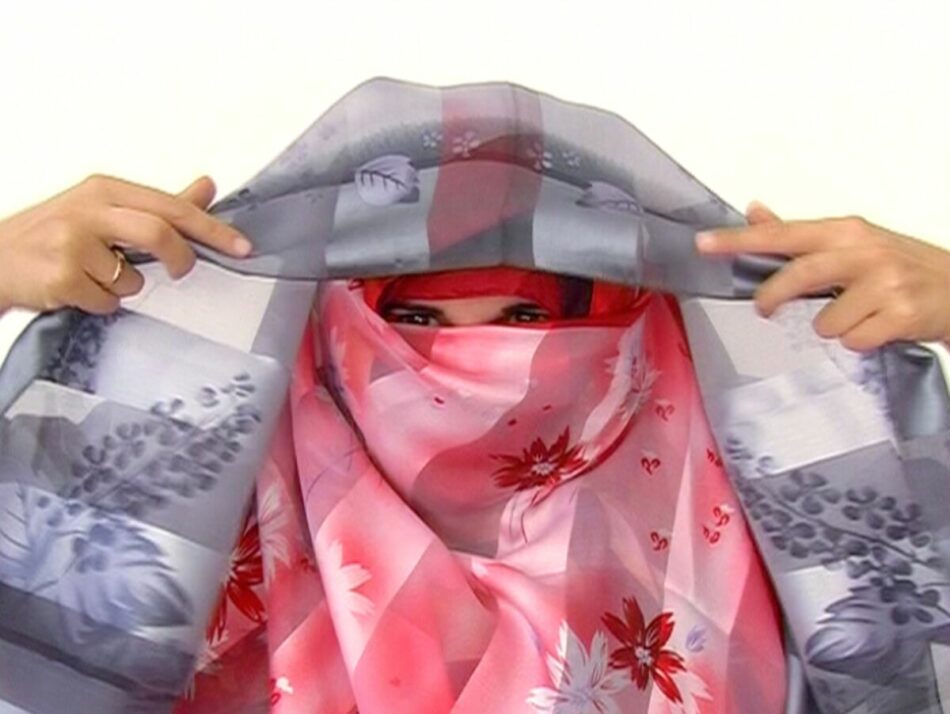 Contrastingly, in her film ‘This is not me, this is also me’ (2011), Vanessa Lodigiani sits opposite Marina Abramović during her performance ‘The Artist is Present’ at the Museum of Modern Art in New York. Lodigiani wears a burka with only her eyes visible, effectively concealing her identity and willingly othering herself. Through this, she asserts her presence and viewers are forced to confront their own preconceptions and prejudices in a public space.

In ‘Handicraft’ (2011), we see the artist Saša Tkačenko in the process of knitting and unraveling a woven balaclava. The artist, like Lodigiani, appears masked with the balaclava covering her entire face except for her mouth and eyes. Given the balaclava’s associations, Tkačenko explores the iconography of terrorism and violence as well as the idea that any person—regardless of their background (gender, ethnic, religious or other)—can choose to commit a radical act in the public sphere.

The loss of privacy experienced via social media networks is also explored in the exhibition. In the film ‘faceBOOK’, artist Eva-Maria Raab considers the absurdity of social media networks, as she uses the silhouettes of profile pictures to create a physical social network in the pages of a blue book. Looking at the public versus private debate, she asks: Who owns these images? 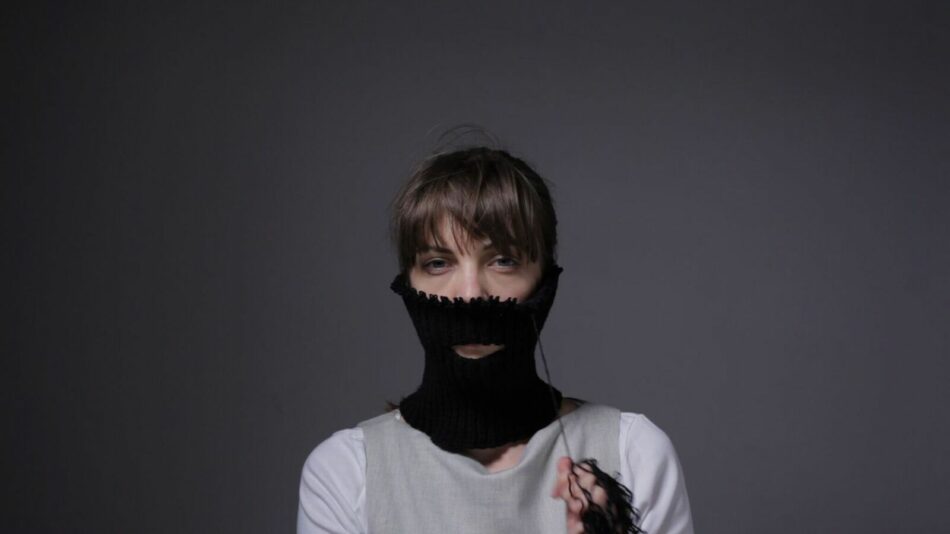 Although didactic in places, the exhibition feels relevant as conversations surrounding data surveillance and the notion of privacy currently consume so much of our collective consciousness (as experienced with the recent Cambridge Analytica scandal to name but one). ‘Faceless’ reminds us that like the works within the exhibition, when operating in public and private spaces, we too are being watched.