Premiering at Acker Stadt Palast on May 24, ‘Through The Eyes Of The Other’ is a collaboration between dance artists Edith Buttingsrud Pedersen and Alexander Windner Lieberman. With music by Joshua Tennent, costumes by Jackie Riccio and light design by Jahman Davine, the piece consists of two solos exploring the dancer’s individual strengths and weaknesses and their relationship toward each other. Berlin Art Link spoke with them about the ideas behind their work, the personal aspects of their lives they have chosen to highlight and how their solos have been constructed through the eyes of the other.

Beatrix Joyce: What drove you to the format of two solos?

Alexander Windner Lieberman: While living in Berlin I applied for a competition for solos and realised that I didn’t want to make a solo for myself. So I approached Edith with the proposal to create solos for each other. In this way, we could build them off our understanding of each other.

Edith Buttingsrud Pedersen: We researched what we found fascinating about the other and then we let the other make the decisions.

BJ: Starting with a series of modelling poses, Edith’s solo gradually develops into an agitated exploration of her performative state of exposure and vulnerability. Drawing from Edith’s experience as a model, the piece feels like an unravelling of the person behind the image. To what extent is this solo a critique on the fashion industry and the objectification of women through sexualised images?

AL: Edith has told me a great deal about her modelling experiences, from the outfits she wears to the comments she gets. In the audio score you hear the words “show me your pussy”, which is actually a direct quote from one of her shoots.

EP: He was even there when that was said! Of course, moments like these are difficult, but I think that modelling itself is not a bad thing. I have often walked out of a shoot and thought: “I am pretty sexy.” It gives me something very feminine and sexual to be able to play with. I feel that I can really own my femininity, which is something I think women tend to struggle with. 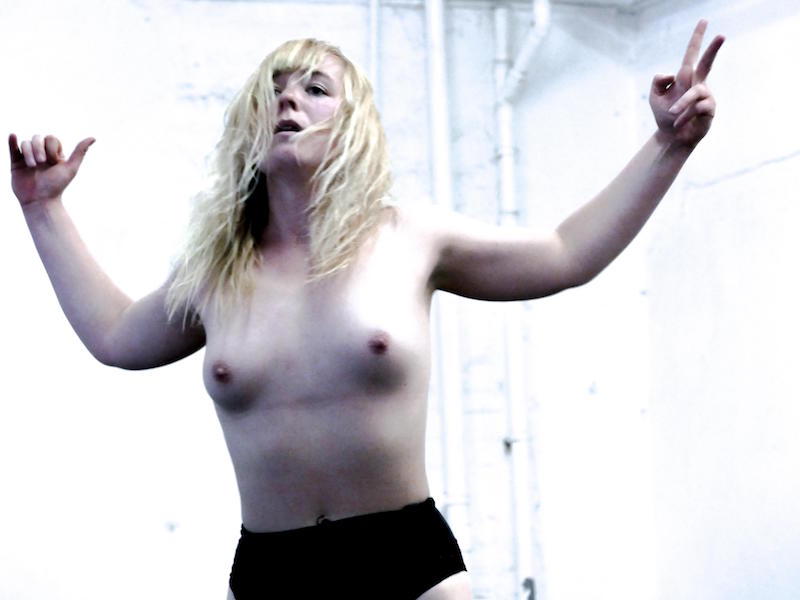 BJ: Alex’s solo departs from a point of fragility and transitions into a humorous exploration of his insecurities. As his limbs become stuck to the floor with an imagined stubbornness, he addresses the inherent difficulty in progress. Apart from appealing to our human nature, does his solo also comment on the societal expectations of men, in particular?

EP: Alex wears a suit, which indeed is a comment on masculinity. He does not feel comfortable in his own skin, even when he takes it off. He depicts the inability to move forward or to step out of patterns that we, as individuals, subject ourselves to. For me, Alex’s solo, by expressing self critique, self hatred and the inability to be satisfied with yourself, is actually about self love. In this way, it addresses the absurdity in humans which anyone, regardless of gender, can relate to.

BJ: When regarded as an anthropological study, your research into one another brings forth the question of the empathetic potential. To what degree do we have the capacity to see through the eyes of another? Does our own identity get in the way?

EP: I feel like you can find empathy but you need to be patient with it.

AL: Our process took a lot of patience.  In creating Edith’s solo, I had to try to see modelling as she sees it. It is a part of who she is and how she makes money, which she made a point of telling me, is not a bad thing. I then had to try to understand how she exists within that while maintaining creativity, dignity and purpose.

EP: For me, it was for a moment quite scary to look at the dark side of the modelling. I have always asked questions, but by going deeper I had to really look at it and ask myself what was really going on with me. At the same time, I feel that the modelling is just a character inside of me that I can pull out and use at will.

AL: We also had to take some time to find the aggression in Edith’s “anger” section. She doesn’t get angry, usually. I feel like in both of our rehearsal processes, we had to allow each other to develop a safe space in order to find those things. 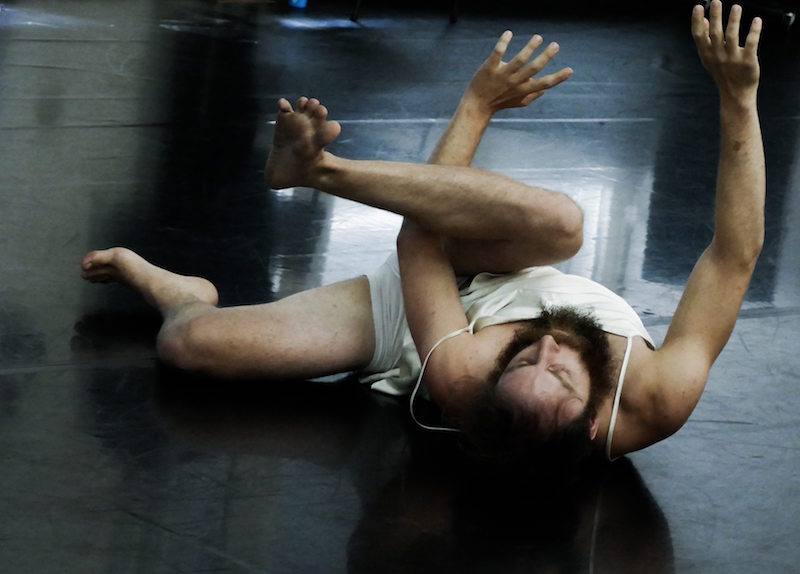 Edith Pederson & Alexander Windner Lieberman: ‘Through The Eyes Of The Other’, 2018 // Photo by Edith Pederson

BJ: Having composed the solos on each other adds another layer, as it is not a singular representation of a person. It is another person constructing what they want to see.

EP: I think there is a lot of Alex and Edith in both of the solos. So there are many layers.

AL: It feels quite liberating and satisfying to dig into myself as well as Edith, and to share how we have grown with and without each other. It is a reflection on the whole process.

BJ: Your research goes very deep into your own lives, and the things that may have formed you, or certain aspects of you. What message do you want to convey to your audience? 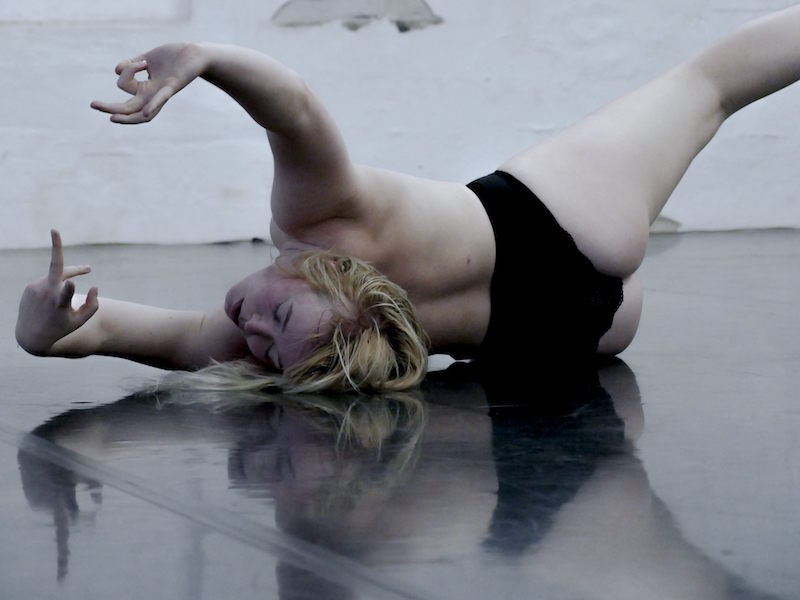 AL: I think it’s good to look at yourself from the outside and to be critical about how you act and what you say, and live a conscious life. It is important not to just randomly do things, but to put purpose behind them.

EP: I think that our whole creative process, our whole relationship, is visible in this piece and that it is important to pass it on. As it is so personal, I am sure that people can grab something out of it for themselves and also that they can have a sense of looking at it through our eyes.