Human communities today are often seen as digital ironies—aka Facebook or a nostalgic nod to a once-loved concept of the Left. But in a quiet dank backyard in South-East London in 2014, two artists, Anne de Boer and Eloïse Bonneviot, began to rethink the concept, taking oyster mushrooms as their starting point instead of the social human. This led to the creation of the Mycological Twist, a site that primarily acted as a mushroom plantation for the breakdown of various types of toxic waste, such as oils and plastics. Initially housed by the project space Jupiter Woods, its secondary function was to host talks, workshops, residencies and become a node in the socio-political ecology debate. Berlin Art Link caught up with the collective project, which is now based in Paris, to speak about community as an ecological trait. 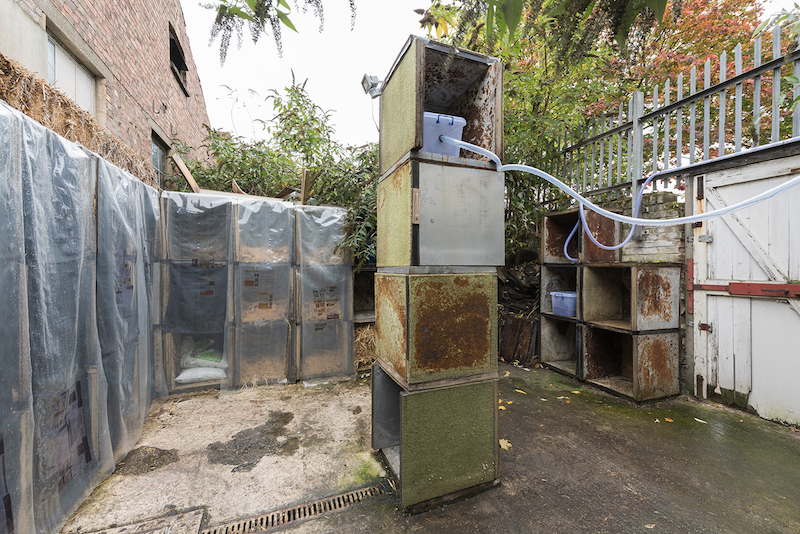 Penny Rafferty: As far as I know the Mycological Twist is a very complex structure which engages with both a mushroom garden and the contemporary art field. Can you tell me more about the start, and how the bleeding of the two fields became relevant to you?

Mycological Twist: During the last couple of years, we have been walking around with the book ‘Growing Gourmet and Medicinal Mushrooms’ by Paul Stamets as a sort of bible, contemplating the possibilities of growing one-day mushrooms ourselves. After a while we felt we could perform a similar mycoremediation experiment to that of Stamets whilst looking at Jupiter Woods’ garden as an extension of the exhibition space. We wanted to link back into Stamets work and adopt the term used by Stamets, who advocates for “Permaculture with a Mycological Twist”. This led to utilizing the garden as a place for contemporary art. We wanted to expand on how works operate beyond the indoor white cubical space and we attempted to have a permacultural approach, looking at an artistic practice and exhibition space as an ecosystem. The exhibition or public event does not function as the summit of a practice; instead, we wanted to look at the moments that the lay between the studio and the exhibition room.

PR: The essence of “dark ecology” also became key to your concept as early as 2014, right?

MT: Yes, we came to the concept of dark ecology from our own personal research, but it took some time to digest and fully familiarize ourselves with dark ecology, which is difficult to summate. We were doing our bachelor’s degrees at the Rietveld Academy in Amsterdam and stumbled upon ‘Ecology Without Nature’ by Timothy Morton and ‘The Quadruple Object’ by Graham Harman. So we started following Morton’s blog, which introduced Stamets and the world of fungi. Fungus sits very well in the dark corner of an environment because of how freaky they can become. They can be very prevalent, benevolent and malevolent at the same time. Parallel to that, we started to self-learn foraging and urban gardening. Later we moved to London, which provided an interesting surrounding and embodied a lot of problems as far as the typical definition of nature goes. London is, of course, a highly polluted space but also sustains a thriving ecosystem, including foxes, wasteland turned into meadows, fatbergs that clog the sewer system, micro-particles floating in the air, and black mold growing in apartments. We began to think of London as a vision of the future and of this place as a future ecosystem. We then began to practice how to use dark ecology as a tool in which to survive in this space. 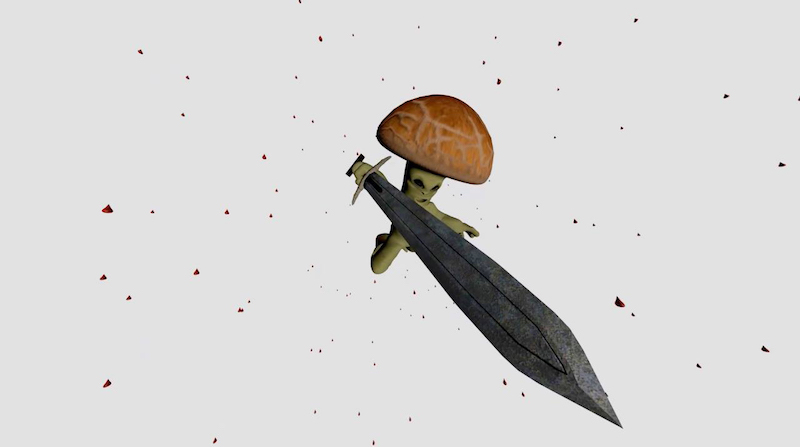 PR: Have your thoughts changed or adapted over the last few years?

MT: There is an aspect in dark ecology that wasn’t obvious to us in Amsterdam; people are quite privileged there. But London is a place of dreams and nightmares. There is rampant gentrification which partly relies on artists pushing out vulnerable communities. When Brexit happened, those inequalities were laid bare even further. Alongside this we also started to increasingly understand the idea of a mycelium network in a more social way—moving beyond the obvious ecological practice and looking at the digital realm and political power dynamics which were in play. Those three aspects (the ecological, digital and social) need to be considered, as they are fully intertwined with each other.

PR: Could you tell me how the topic of community features in the Mycological Twist alongside these more macro social factors you speak of?

MT: Over time we have seen the Mycological Twist as a sort of Emergency Response Unit that can quickly respond to some pressing issues within everyday life. Organically, others would join and find a space to participate. We have also activated that communal aspect more directly through the organization of get togethers, which led to a LAN-party gathering in the online survival game Rust and to the anti-fascist ‘Ghost Camp’ organized with Leslie Kulesh.

In a sense, Mycological Twist looks at the way mushrooms grow as a metaphor to talk about structures within society and art. The project expands like a mushroom growing through its mycelium and release of spores into its surrounding. Sometimes this is a slow process and little pockets of infected substrate appear on random locations, but once infected, it’s hard to get rid of. 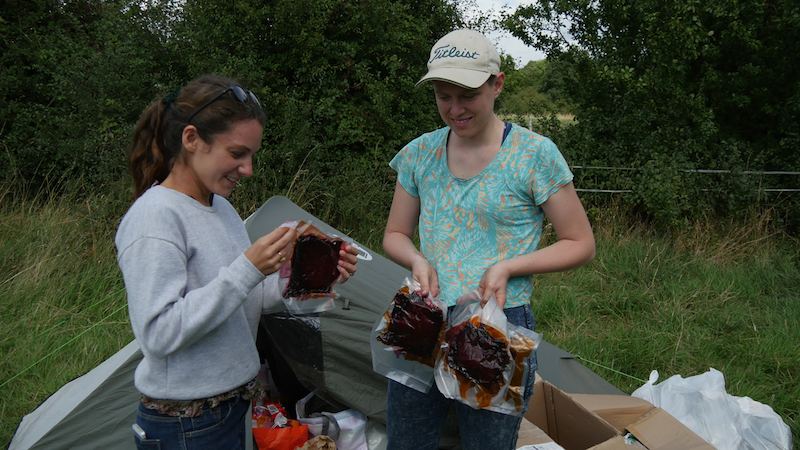 PR: When I first heard of the Myological Twist I couldn’t help but to link you with radical movements like the Earth Liberation Front or the counterculture magazine ‘Whole Earth Catalog’. In my mind, the words and structure were just the beginning. Is there a political incentive inside the work?

MT: It is interesting that you are referring to ‘Whole Earth Catalog’, because this is something we looked at during Ghost Camp regarding the way the Silicon Valley has been using hippy utopias as taglines. Steve Jobs even compared it to the Google of the 1960s. When you look at today’s landscape of green and leftist politics you see that a lot of what we considered morally progressive is now being used to enact a conservative agenda. The idea of off-grid, remote and self-sufficient is, for instance, a very popular element in fascist right-wing communities. So the Mycological Twist is extremely political, because ecology has to be; it is a social project and not only about saving the dolphins. If we collapse the concept of nature and discard the idea of borders then we move the environmental crisis deep within us, meaning it pervades every layer of our everyday life. 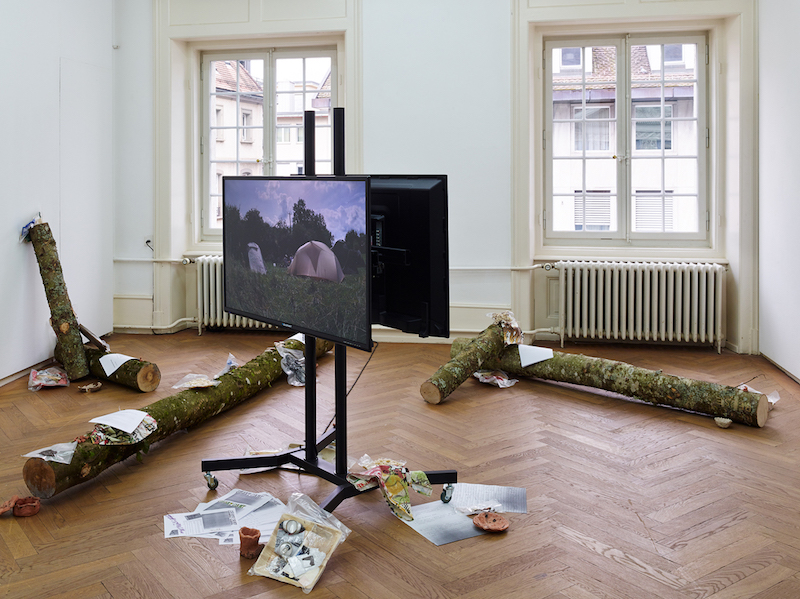 PR: In an ideal world, how could you imagine the Myological Twist growing?

MT: This is a question we are often asked, but weirdly enough it is not really how we function. The Mycological Twist is like a foraging session: When you forage, you have your dedicated spot for a type of mushroom, but it remains an approximation. There are recurring themes we will always address, but as we grow we find new interests, new urgencies. So we will continue producing works, making weird movies, inviting people to collaborate or give talks and foraging and trying to grow things, but it might be located in a very different place than when it started. As mycelium does, this project grows and exists in the dirt, crap and rotten material from various life forms. The Mycological Twist exists on the premise of the lack of an ideal world.