Across Sexauer gallery’s walls Isabelle Graeff’s photographs are arranged either singularly or in groups of twos and threes at different heights, in a style that reminds me of Wolfgang Tilmans’ installations. They capture people and places around the UK and are from her new photography series ‘EXIT’—a title that references Britain’s decision to leave the European Union. The relationship between subjects and their environment has previously played an important role in Graeff’s quite personal practice and now, through the exhibition’s geo-political framework, they are inextricably bound together and brought to the forefront of her work. 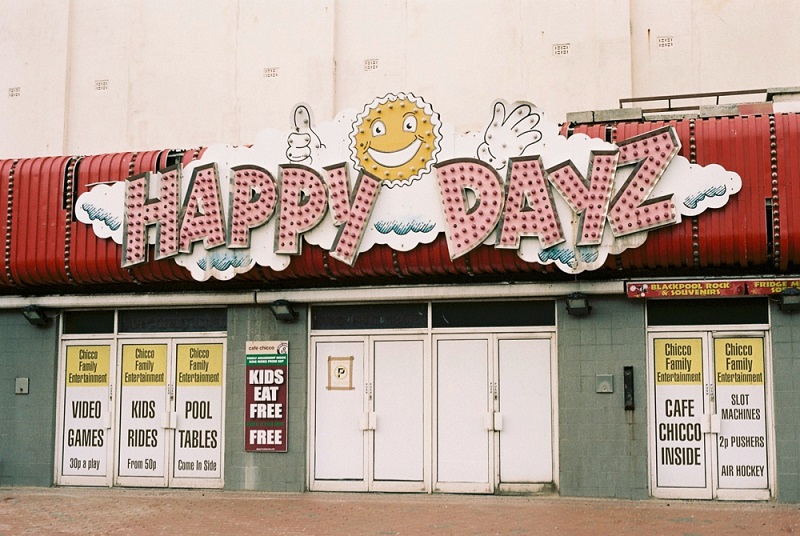 Graeff uses the names of the places where she made photographs as titles and the first upon entering the gallery is a boarded-up, grey pebble-dash shopfront in ‘Bradford’. Paired with a contrastingly vibrant image of a suited man feeding perroquets in ‘Hyde Park’, it is a juxtaposition of decay with life and absence with presence that speaks volumes about the current political climate, and the vast disparities between different geographical places. Images where people and places are separated nevertheless share similarities. For example, in a triptych of three frames filled with textures of plants, each has a visual distinction such as entangled plastic bag, and this mirrors three close-up portraits of two young boys and an older woman’s face which are formatted identically but defined by their individuality and implied generational differences. 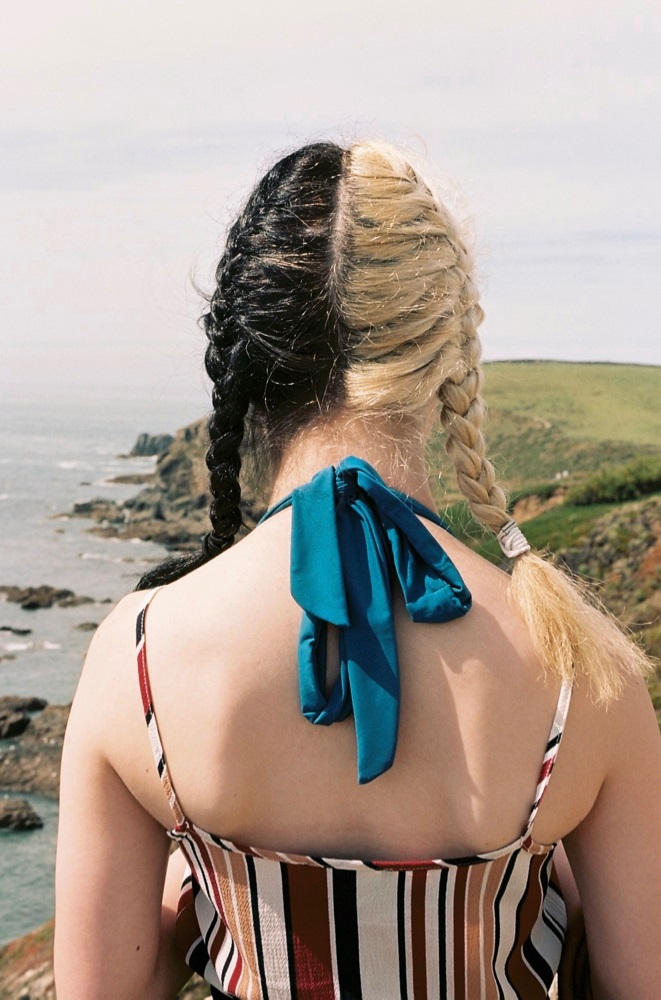 Other subjects are facing away from the camera, notably in the works ‘Lizard Point’ and ‘Wigan’, and are therefore defined by their adornments of two-tone hair or a large back tattoo of a patriotic crest. These highly aesthetic images are reminiscent of both Venetia Scott’s fashion photography and Martin Parr’s photographs of seaside towns where pleasure meets relative poverty. As a result, the exhibition treads a line between documentary or street photography and deliberate painterly composition. Graeff initially trained as a painter and the extent to which her artistic role is at times playfully ambiguous within this body of work. 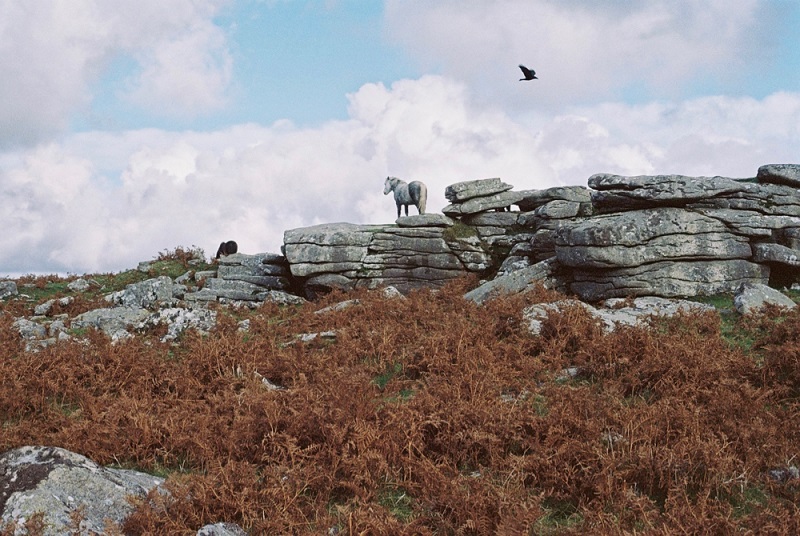 Some photographs in the series are visually dreamlike and seem to draw upon a collective imaginary of British myths and stereotypes that are rooted in the distant past. For example ‘Yarner’, a photograph of a grey horse that blends into its rocky landscape like a statue, is a timeless and beautiful image. Another interesting composition that also captures a deep sense of nostalgia is ‘Weston-super-Mare’. It shows three figures in medieval costume, apparently prepared for a battle re-enactment, standing in front of a tower block building, a run-down backdrop against which their yearning for historic victory seems painfully jarring and ungraspable. 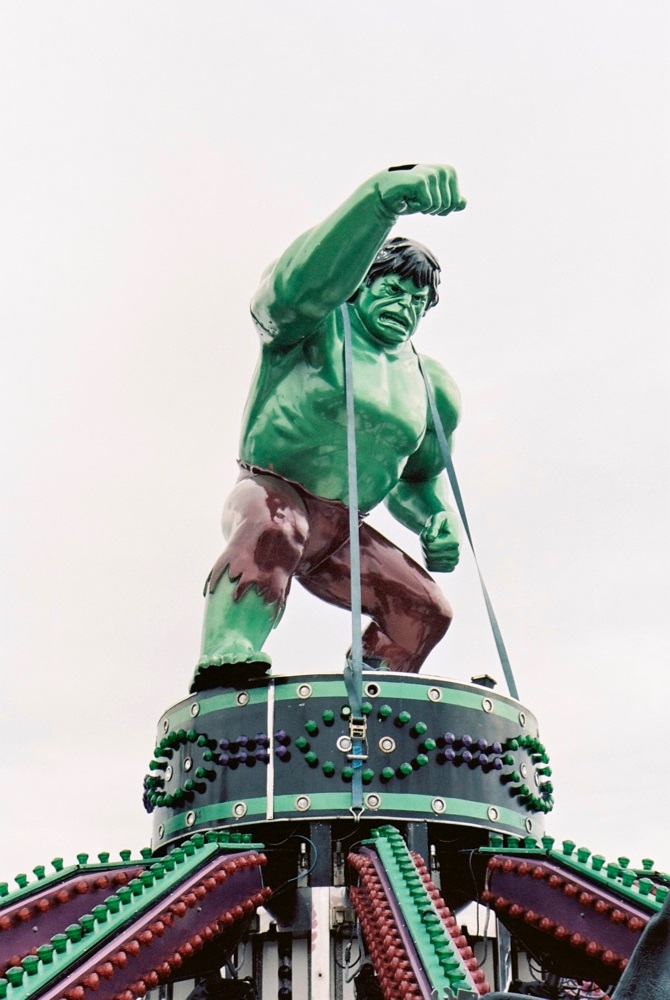 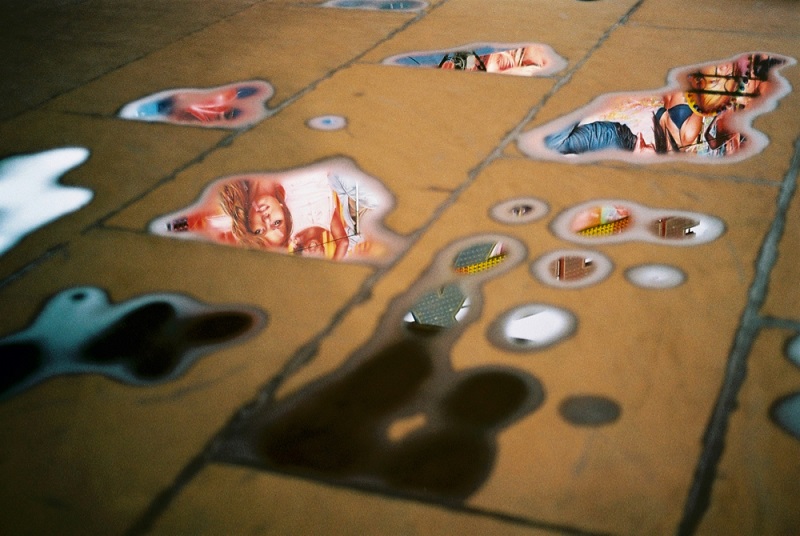 This frustration and futile desire for action is epitomized by ‘Torquay’, a photograph of a plastic Hulk figure on top of a fairground ride in a gesture of trying to break free, whilst restrained by a cord and the fact of its own inanimacy. Under the umbrella of the exhibition title and its highly specific political reference to Brexit, it is easy to read all the photographs in ‘EXIT’ as being inescapably affected by politics, and the symptoms and causes of dissatisfaction as indistinguishable from one another. Conversely, the photographs can also be viewed as a more general commentary on the transience of a place or time. Graeff has recently returned from Berlin to London, where she had previously been a student and her transitional relationship with the UK comes through in the exhibition; like the bright reflections of amusements in puddles of water in ‘Blackpool I’, everything that is captured and fixed on camera by Graeff is ultimately temporary and ephemeral.