At SAVVY Contemporary, a space founded to create an exchange between “Western art” and “non-Western art”, the exhibition ‘Whose Land Have I Lit on Now? Contemplations on the Notions of Hostipitality’ investigates and examines the idea of hospitality as a fictitious commodity and the commoditization of humanitarian issues such as the refugee crisis. Curated by SAVVY’s director, Bonaventure Soh Bejeng Ndikung, in collaboration with Elena Agudio, Denise Ryner and Raisa Galofre, the show comes following a rise of xenophobic and racial violence in recent years and decades, as a response to the resentment and hostility towards the “other.” Examining historical violence, colonization and neoliberalism, ‘Whose Land Have I Lit on Now?’ fights against this conflict between the self and the other, becoming a place for discourse, learning and exchange. 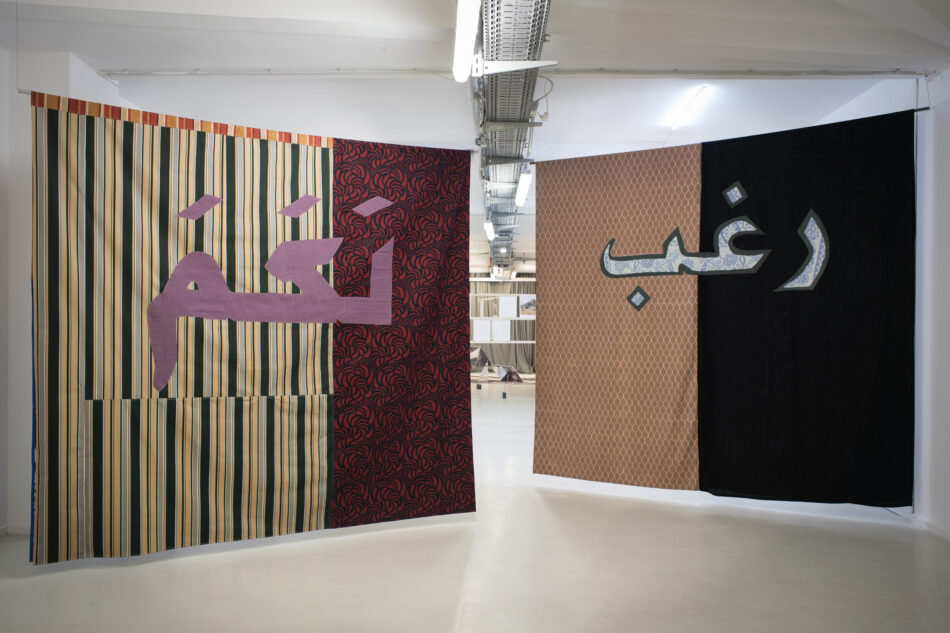 The program of the show unfolds through the exhibition itself alongside performances, lectures and film screenings to reflect on concepts of hospitality and the inherent hostility that comes with it. For many coming into Europe, the notion of promised hospitality and the treatment received differ greatly.

In ‘Postcards from Europe’ (2006–present), for example, artist Eva Leitolf focuses on how European societies relate to the EU’s external borders and the associated internal conflicts that stem from these imposed delineations. Here Leitolf, through combining text and a series of images, explores the absent, the limits of visual representation, and the construction of meaning. In one image, a makeshift ladder made by migrants to overcome the border fence of Melilla can be seen. This ladder, we are led to believe, has been left intentionally by the government, creating the impression of an unstoppable flow of migration in an attempt to justify its use of force. As shown in this image, Leitolf’s long-term, ongoing project focuses on the structures, procedures and processes associated with migration and the measures of control and force placed on borders, opposed to the suffering of undocumented migrants which has already been so widely documented.

Elsewhere, in the work ‘Demythologize That History and Put it to Rest’ artist Marcio Carvalho examines the role that statues, such as that of Otto Von Bismark, play in the promotion of colonial achievement. Through video installation and sculpture Carvalho shows how these objects, without contemporary contextualization, continue to overshadow the histories and perspectives of African communities, presenting a revised and romanticized Eurocentric history that prevents the addressing of the history of oppression of Black Africans. As part of SAVVY’s ‘Fragments’ series, the artist explores how memorials and relics of the colonial past continue to influence our public remembering (or forgetting) and shape our collective memory. 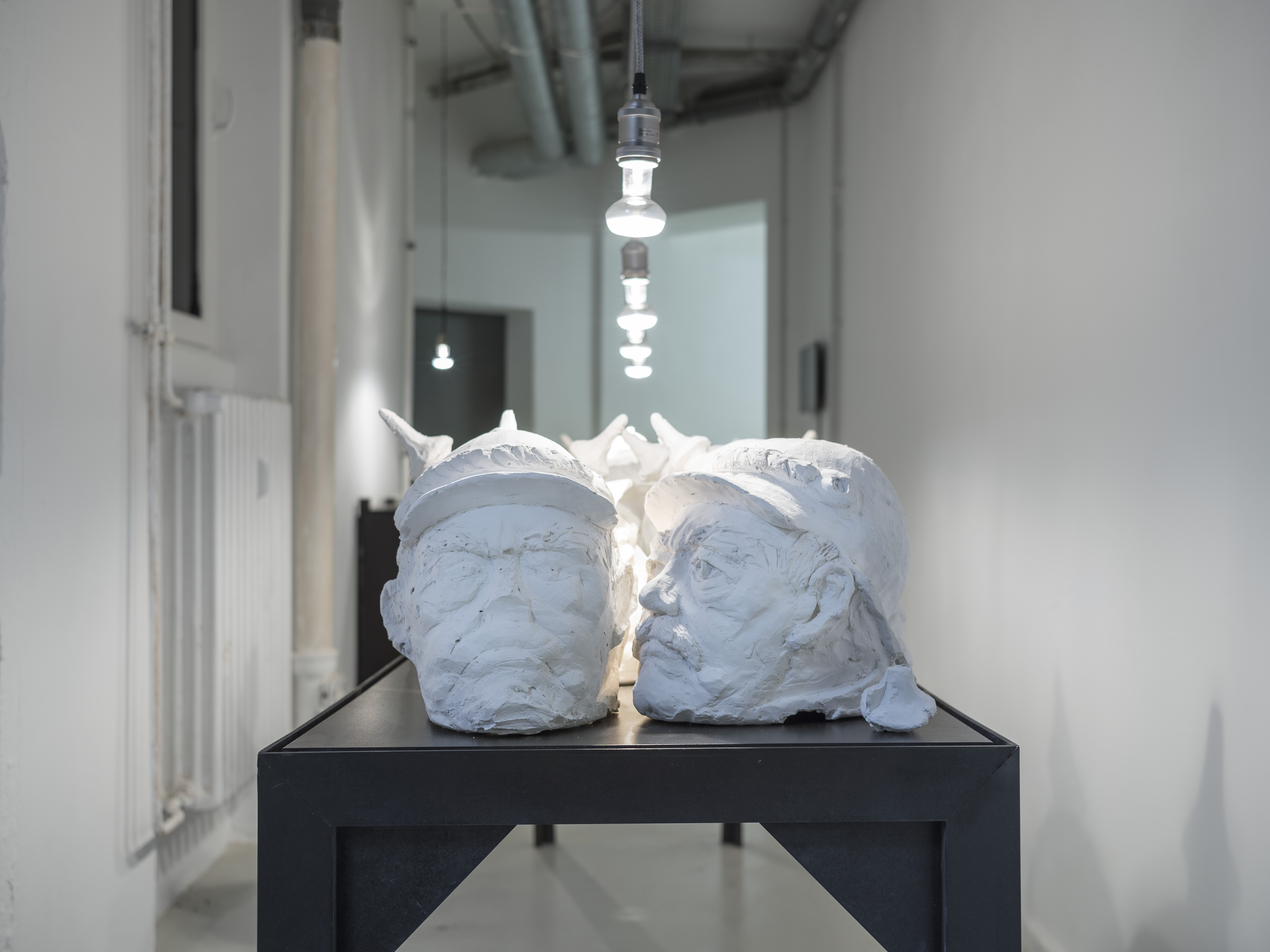 Marcio Carvalho: ‘Demythologize that History and Put it to Rest’, 2018, installation and videos from performances with Ali Al-Fatlawi and Wathiq Al-Ameri and Raphael Christian Etongo // Photo by Marvin Systermans, courtesy of SAVVY Contemporary

‘Welcome, Goodbye’ (2018), a site-specific installation created by artist Viktor Ehikhamenor, addresses the notions of belonging and acceptance while challenging the assumption that globalization provides these feelings. Set within a small white room, the walls of which are stacked with passport-sized drawings representing unidentified immigrants, ‘Welcome, Goodbye’ consists of a made-up bed which appears inviting from a distance, but when viewed at eye level is seen to be stuffed with silver pins. Here Ehikhamenor reflects on the many challenges and fates faced by African migrants seeking refuge within Europe. For many of these migrants living in Europe, many of whom are denied formal residency, the hospitality offered, represented here by the bed, at the same time negates their dignity and humanity. For many immigrants, after entering Europe, the notion of hospitality begins to fade away as fears, so often exacerbated by far-right media organizations and politicians, resurface amongst their hosts. As the artist writes, “even though he was once welcomed, his host is eager to say goodbye.” 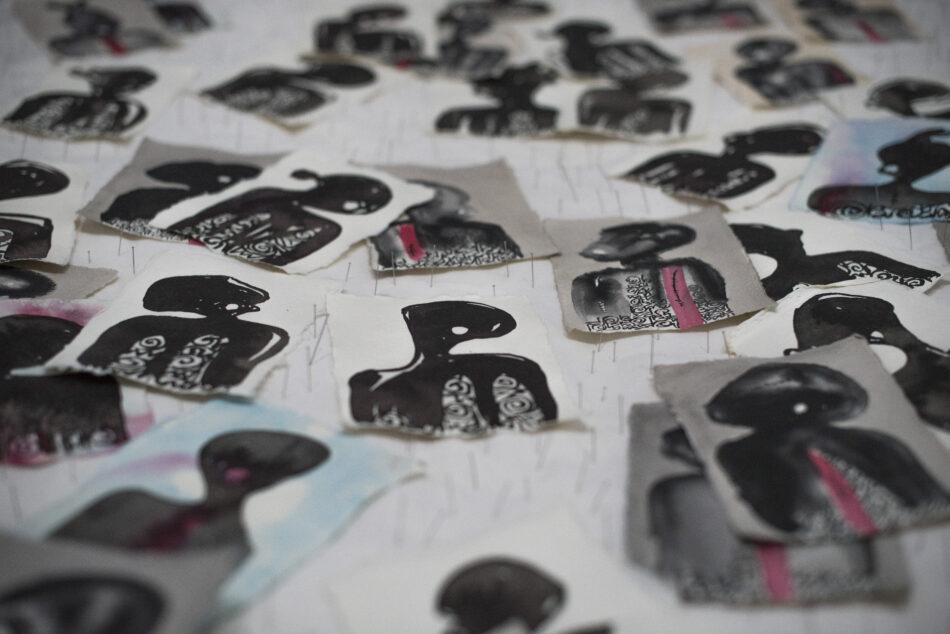 Since its conception over eight years ago SAVVY Contemporary has made its mission as an institution globally centered, showcasing works by artists from Africa, South America, Asia and Australia alongside those from Europe and North America, thus standing out from many of its Eastern and Western European-focused institutional counterparts. ‘Whose Land Have I Lit on Now? Contemplations on the Notions of Hostipitality’ challenges not only the notion of hospitality but the dominating nature of Western art in the European contemporary sphere which so often sees the tokenization or segregation of non-Western art from its Western counterparts, if exhibited at all.

SAVVY CONTEMPORARY
Group Show: ‘Whose Land Have I Lit on Now? Contemplations on the Notions of Hostipitality’
Exhibition: May 19 — Jun. 24, 2018
Plantagenstraße 31, 13347 Berlin, click here for map