Jeremy Shaw’s idée fixe has always been about losing control though ecstatic states, usually with the help of drugs or dance. Though the source of his fascination may seem cliché (he cites a teenage LSD trip as his first inspiration), the work he’s made rises above its origin to confront the audience with the ineffability and incommunicability of subjective experience. His current show at the Kunstverein in Hamburg premieres the completed ‘Quantification Trilogy’ (2014–18), a triad of videos that speculate about a controlled trajectory of evolution and documents the people reacting against it. The videos are complemented by ‘Towards Universal Pattern Recognition’ (2016), a series of archival photographs of individuals in various states of religious rapture, framed under protruding prismatic acrylics that distort the pictures into kaleidoscopic repetitions. In this body of work religion takes center stage—not only as a technique to reach ecstasy, but also, ironically, as a mode of resisting control. Unlike his earlier videos, where transcendental experience seemed a seductive, if potentially harmful, one-way street, the introduction of religion reflects an increasing ambivalence to the desire for escape. Freedom from control, it seems, is not only impossible, but is marked by contradictions of its own. 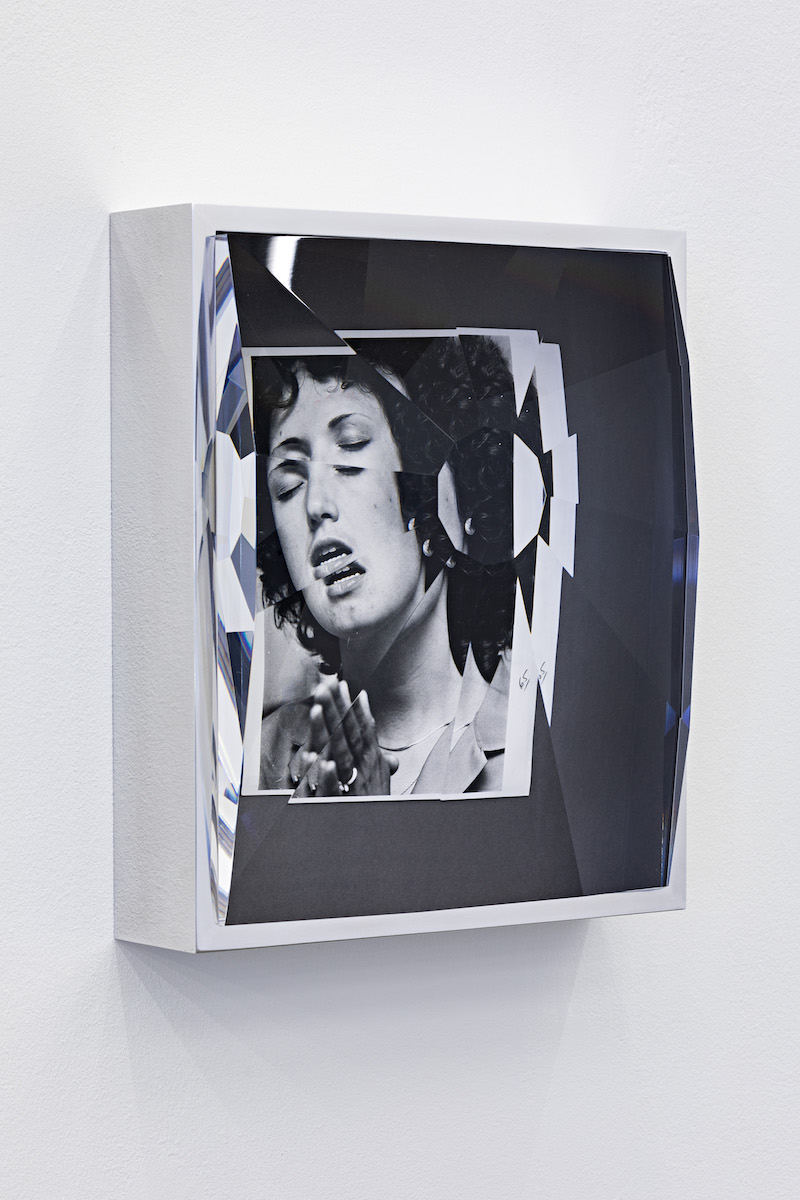 The three films in the trilogy, Quickeners (2014), Liminals (2017) and I Can See Forever (2018), are set at different points in the future, with the most recent one set only 40 years from the present day. Each one is an anachronism: the further we move ahead, the older the filming technique used. Quickeners, set 500 years from now, presents found footage from the 1967 documentary The Holy Ghost People, which depicts Pentecostal Christians in the Appalachians handling snakes and speaking in tongues. Liminals, a combination of digital and 16mm film, feels like a group of 1970s new age devotees experimenting with ecstatic dance and scream therapy, while I Can See Forever gives the impression of an 80s VHS home video about a young self-taught dancer. The narrative spanning the three works follows our evolution into quantum humans who seem to have achieved Plato’s ideal of a rational society free from emotionally manipulative modes of expression, such as music and religion. Quantum humans, we learn in ‘Quickeners,’ are connected through a digital cloud called “The Hive,” although there is a rogue element of people who employ obsolete rituals to temporarily disconnect in a process they call “quickening.” Shutting off the collective over-mind might seem desirable if it weren’t for the dystopian vision of Appalachian fundamentalists, a group already widely stigmatized as regressive. This raises the question, much like the resistance of the Catholic church to the communist state did, of where we are truly free from control. 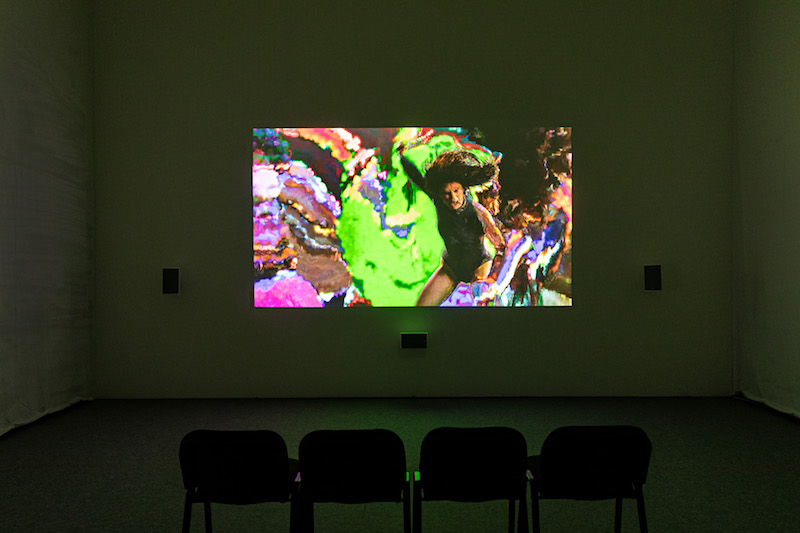 I Can See Forever traces the beginning of our evolution with Roderick Dale, a young survivor of a government experiment that injected humans with machine DNA. The original test subjects, of which Dale is an offspring, fell victim to an AI takeover. Though he proved immune to the AI influence, Dale remains obviously different. His speech retains the rhythm and tenor of English but is frustratingly incomprehensible, making subtitles necessary. For all intents and purposes, he is a cyborg and possesses an impressive list of superior attributes, leading one scientist to even proclaim that, due to his being a product of our design, Dale is in fact more human than the rest of us. It is left up to the viewer to envision what this more-human-than-human element is really like. While the subjects in each of the three films attempt to describe their transcendental states, always in incomprehensible English, it is a detached voice, presumably that of the AI, which increasingly interprets, or “quantifies,” their experiences. It’s unclear whether this is a separate coercive entity arising from the artificial DNA or something indeed even more human—a transcendental consciousness not dissimilar to communal ecstatic experience. 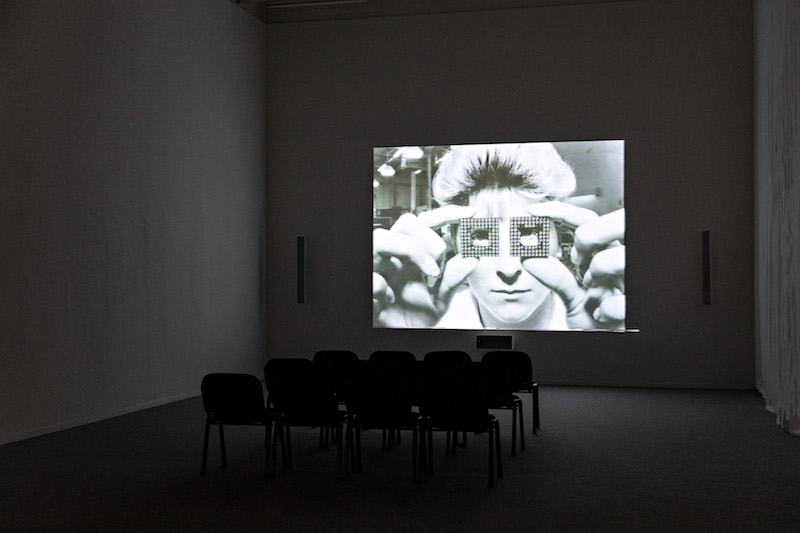 Shaw’s mix of time and technology in this exhibition complicates what the notion of progress might actually mean. Change, as he shows, never meets our expectations, and is often greeted with nostalgia and resistance. The very innovations that have defined our current culture, and which we’d loathe to give up, were also criticized in their time. Writing, which as a communal pool of knowledge is arguably also a “hive mind,” was suspect for the oral traditions it calcified. Moreover, literacy let laymen develop their own opinions which then challenged conventional notions of authority. Amidst warnings about fake news and decreased attention spans, our contemporary collective brain, the internet, is now doing the same. This is not to say those who were critiquing past “advances” weren’t in some way right. Perhaps “The Hive” can be compared to the coercive structures of social media or, as some have already done, to cognitive capitalism, characterized by the management of worker’s time and attention to attain peak productivity. On the other hand, it can also be interpreted as an unknown which offers not so much a way forward as much as a new order of constituting knowledge and consciousness. It’s why at the end of The Quickeners, when we learn that the snake handlers will too be quantified, the message evokes as much relief as it does foreboding. 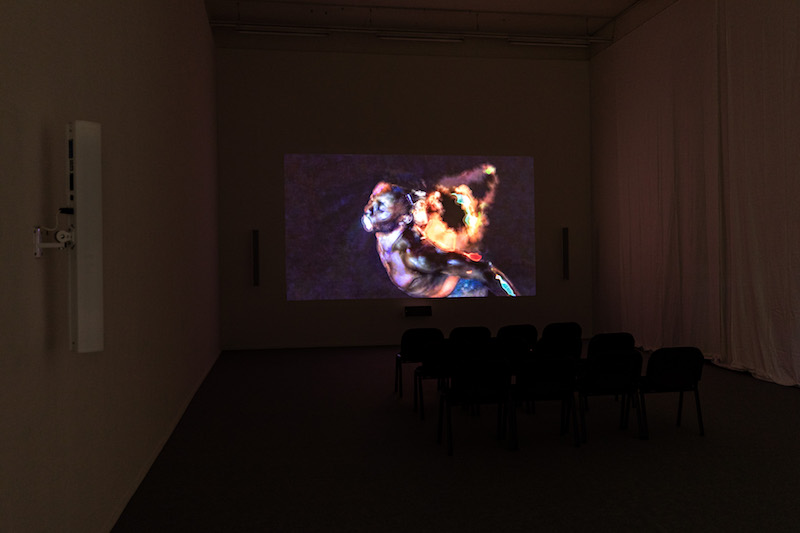