With a strong programme featuring well-known, prominent artists from Berlin’s improvisation scene and simultaneously introducing various newcomers and guests, the current edition of the SOUNDANCE Festival boasts a diverse range of collaborations. Experimenting with high-risk performance techniques in which the outcome is never certain, skilled improvisers meet on stage to showcase their divergent practices which centre around listening, acting and existing in “the now.” The dancer-musician duo, perhaps the most minimal and intimate formation within improvised performance, is noticeably a recurring format within the festival’s two-week programme. Two of these duos, both by established Berlin-based artists, were presented in a double-bill on the final Sunday of the first weekend. 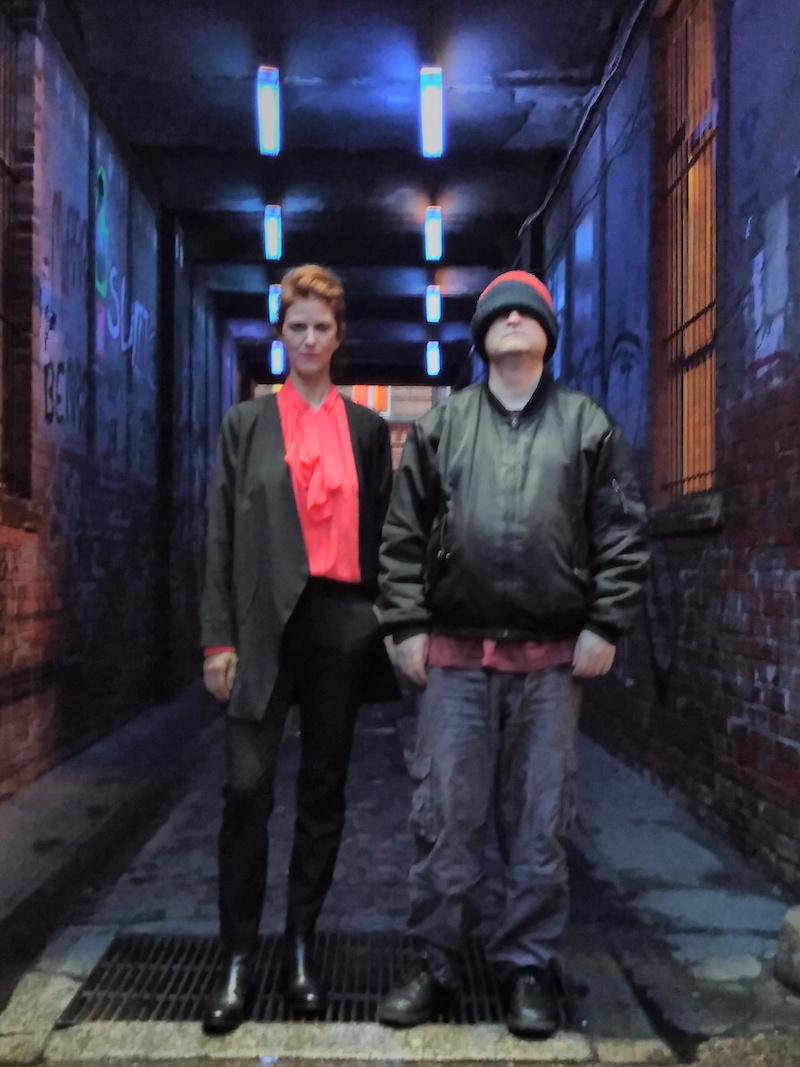 Greeted by a low, rumbling bass, the audience was encouraged to come closer to the action by means of the unusual spatial set up of ‘Slow Punk.’ Immersed in the dim, reddish glow of the stage lighting designed by Aurora Rodriguez, two silhouettes emerged from the heavy smoke, perched in anticipated quietude. Hesitating no longer, musician Hilary Jeffery softly awakened his trombone as dancer Camilla M. Féher began to move, alternating between a series of martial arts-style poses and an aerobic warm-up routine. Out of nowhere, the suspense was broken with a single, high-pitched shout coming from both of them, resounding on the walls and sharply contrasting the mellow tones of their introduction. The piece progressed along this pattern of ambiguous, un-synchronised shadow play followed by sharp bursts of intensity, performed in unison. Exploring both their individual and collective rhythms, Féher and Jeffery performed an interesting exchange in an immersive environment. But with meagre programme notes and little contextual positioning, ‘Slow Punk’’s core intention remained as hazy as the smoke in which it existed. 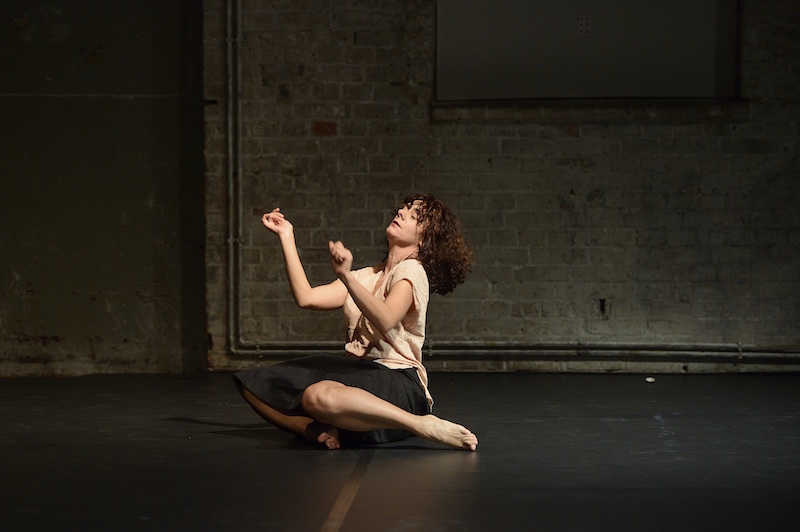 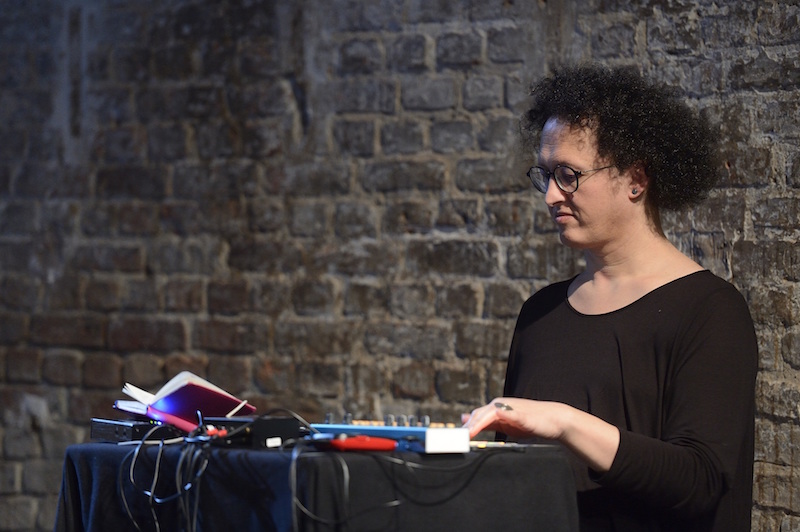 ‘In Spheres’, a collaboration between dancer Lerna Babikyan and sound artist Korhan Erel, proposed to explore the inner and outer spheres of the individual. With a sticky, gloopy soundtrack emanating from Erel’s machines, Babikyan followed her impulses in a display of uncomfortable indecision. Neither here nor there, neither quiet nor loud, the performers subtly traced the nebulous vacillations that moved them. Irresolution progressed into frustration, as Babikyan fervently snipped away at paper and flowers, brandishing scissors and later throwing soil into the air. With scattered remnants of their props blanketing the stage, the artists’ intentions of displaying destruction was evident. However, the desire to destroy could have been taken to further extremes, especially with the aid of a stronger spatial and temporal composition.

The SOUNDANCE Festival continues until July 1, with many more interesting collaborations lined up. The full programme can be found below.