The philosopher and art writer Arthur Danto argued that with the advent of Andy Warhol’s Brillo boxes, visual art reached an end point of sorts. No longer was the object an artist created the significant work—Warhol’s boxes were materially identical to the company’s actual storage containers—but rather a work’s value rested in its philosophical implications. Warhol, in Danto’s reasoning, moved the position of art from the material world into the mind. The obvious response would be to ask whether or not that was where art had resided the whole time, and in posing that question, the idea of what and how art is experienced moves to the fore. To experience a work may be to simply “see” a work, but perhaps there is more to the act of seeing than meets the eye. Though this preamble may seem a bit of a detour in speaking about visibility and invisibility in art, Danto’s point about Warhol feels curiously apropos in considering Ganzfeld “Aural”, an installation by James Turrell at the Jewish Museum in Berlin. 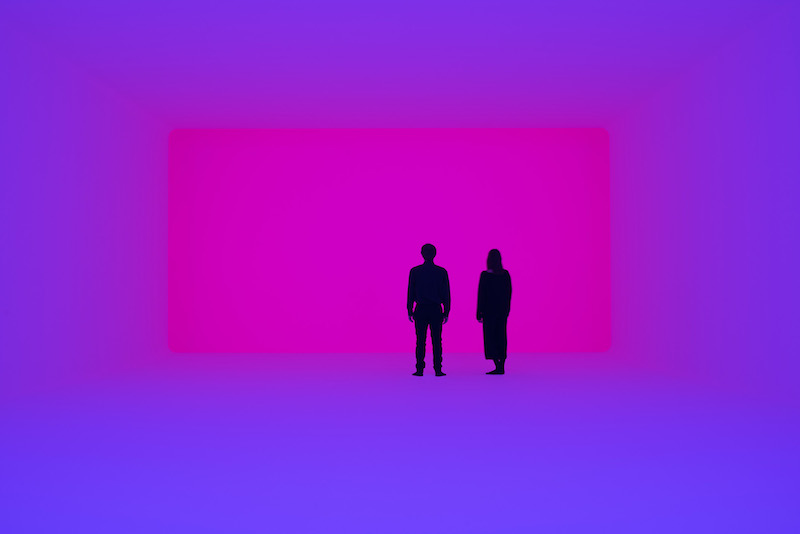 While Danto suggested Warhol’s move was from the material and visible (objects) to the invisible and immaterial (thoughts, concepts and classifications), Turrell’s work would seem robustly visible, experiential and immersive. Ganzfeld “Aural” is part of “Ganzfeld Pieces,” Turrell’s series of structures that viewers can enter and become surrounded by the modulated play of light that constructs an “entire field,” to translate Turrell’s German, of experience. These constructions evoke the aesthetics of mid-period Stanley Kubrick melded with the oneiric qualities of vintage Alejandro Jodorowsky. The viewer anticipating a Jodorowskyan confrontation inside the Ganzfeld will not be disappointed, but instead of a vatic magus, the confrontation will be with one’s own perception. The visitor ascends into this Ganzfeld via a pyramidal staircase that combines an almost mystical quality with the visual trappings of the iPhone sublime: everything is clean, rounded and aspirational. 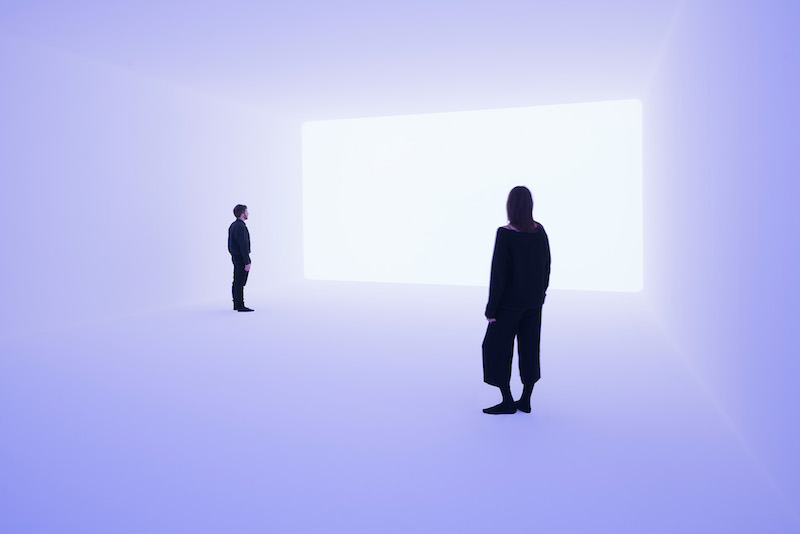 Two experiences inside Turrell’s Ganzfeld “Aural” struck me as relevant to the question of where and how a work of art comes into existence. The first happened while standing inside the work, where the light bled away the edges of the space and formed a kind of chromatic ecology of its own. The projected light appeared as a kind of sunset magenta, but when I briefly closed my eyes to refocus, I saw green rather than red inside my eyelids (quite a logical experience from the perspective of color theory). This made me think about how green was invisible if I looked at the work, but inevitable if I closed my eyes: closing off the visible became the precondition for a non-material visual experience. My green was mine alone, though perhaps other viewers had their own variations of the same shade. Was the green part of the work, or was it an added extra? Was it Turrell’s green, or my own? The personal, individual experience of art and its exclusive meanings could not have been more literal, but at the same time, more inaccessible and nontransferable.

The second experience had to do with the visual tableau of the people viewing the work. During the majority of my time inside the Ganzfeld, the screen at the far end of the space where the main light source concentrated was shaded red to purple, but when I left the structure and began putting my shoes on (one must removes one’s shoes to enter Turrell’s work, not unlike other sites of transcendence and devotion), I noticed the lights changing to an encompassing shade of blue. Standing at the base of the staircase, I looked up at the two visitors and the attendant who were still inside the Ganzfeld. At first, the bodies sharpened into an angular kind of black, but then, as the blue deepened, they almost began to disappear into it, the boundaries between their bodies and the light seeming to break down. At a certain point, the light stabilized and the forms of bodies regained their clarity, but for a moment it was possible to believe they would become invisible and dissolve into the blue light. Light can illuminate, but it can also obscure. 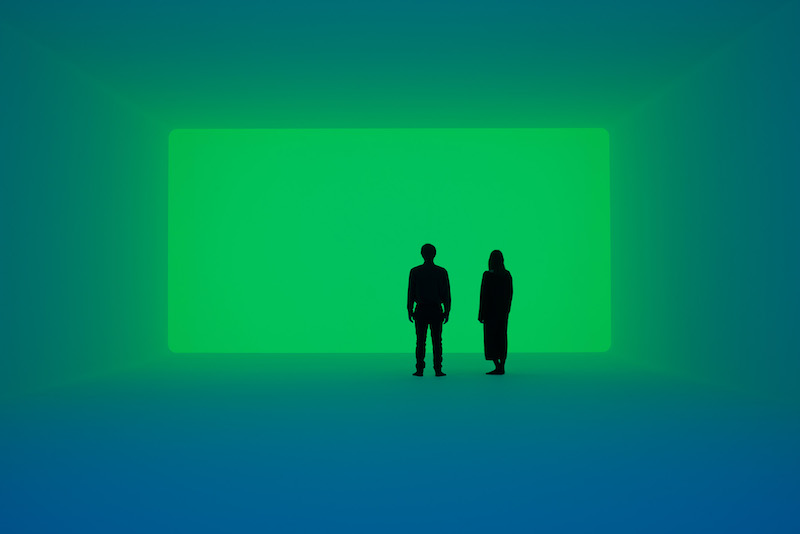 The exhibition text notes that light is a major theme in Jewish theology and mythology. One may think of the primeval command of Yahweh in the biblical Book of Genesis, “Let there be light,” but also of the pillar of fire that guided the Israelites out of bondage and through the desert, as well as of the oil that burned during the guerrilla campaign that is commemorated in Chanukah. All of these narratives focus on light’s ability to serve as a guide, and as a means to revelation. The work of Turrell certainly includes this aspect of light, but, in following Danto’s notion of the ways in which art can be displaced from the world into the mind, Turrell’s works are also an assertion that light is itself a place, yet it is invisible to us most of the time, hidden, ironically, by its ubiquity.