Weighing in at 600 tons, Christo and Jeanne-Claude’s London Mastaba is this summer’s heaviest work. The pyramidal sculpture, constructed of 55-gallon oil barrels, appears like a colorful iceberg in the middle of London’s Serpentine Lake in Hyde Park—a project so unusually large and shocking one might wonder if it is an apparition, merely a figment of their imagination. The piece, however, is undoubtedly real, delineated by its four 90-foot-long flanks, sloping upward at 60-degree angles.

Up until Jeanne-Claude’s passing in 2009, the couple conceived more than 47 oversized installation ideas (although only 23 have been produced), of which London Mastaba is one. Despite its size, the work is actually a smaller version of Abu Dhabi Mustaba, which began in 1979 and if it’s ever completed will break the record for the largest public artwork in the world. “Mastaba” itself is a term used for Middle Eastern memorials, translating to a type of tomb or “house of eternity.” Given this meaning and the materiality of oil barrels, the project seems apt for Dubai but slightly out of place in London. Coinciding with the sculpture, however, a retrospective exhibition at Serpentine Gallery (which also sponsored the production of London Mastaba) shows that the oil barrel has, in fact, always been an important item within Jeanne-Claude and Christo’s oeuvre. 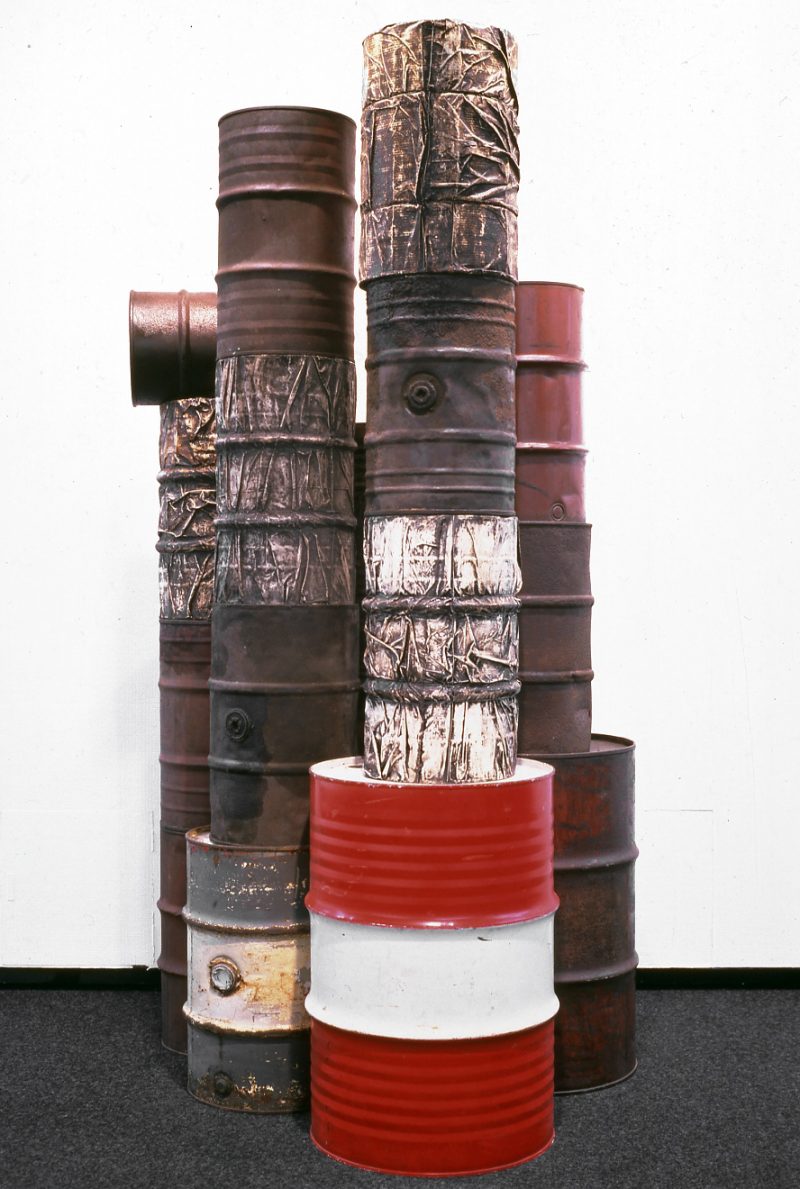 Accompanying both the exhibition and monumental sculpture is the book Christo and Jeanne-Claude: Barrels and the Mastaba 1958–2018, published by Taschen. With numerous images—including early sketches, documentation of the installation and the project’s final completion—alongside written contributions by Adam Blackbourn, Paul Goldberger, Hans Ulrich Obrist and Yana Peel as well as an interview between Obrist and Christo, the tome chronicles the couple’s longstanding interest in barrels and the Mastaba’s significance.