For the next exhibition at Berlinische Galerie’s IBB Video Space, four films by Salomé Lamas will take the screen. Lamas, who was born in Lisbon, Portugal works at the intersection of cinema, art and performance to highlight marginalized individuals, societies and locations often through surreal filmic techniques. The Tower (2015), for example, follows a central character that eventually becomes one with a tree and occupies a space of purgatory, somewhere between the sky and earth. This fictional being and marginal space could be read as the character’s path to enlightenment or, conversely, a journey toward death. To compose this short, she used footage originally filmed in Germany, Portugal and Moldova for her feature film Extinction (2018), which addresses the end of the Cold War and the variety of conflicts that still remain in Europe; it focuses on an area called “Transnistria,” an unrecognized state that in 1990 broke away from the former Moldavian Soviet Socialist Republic of the Soviet Union. 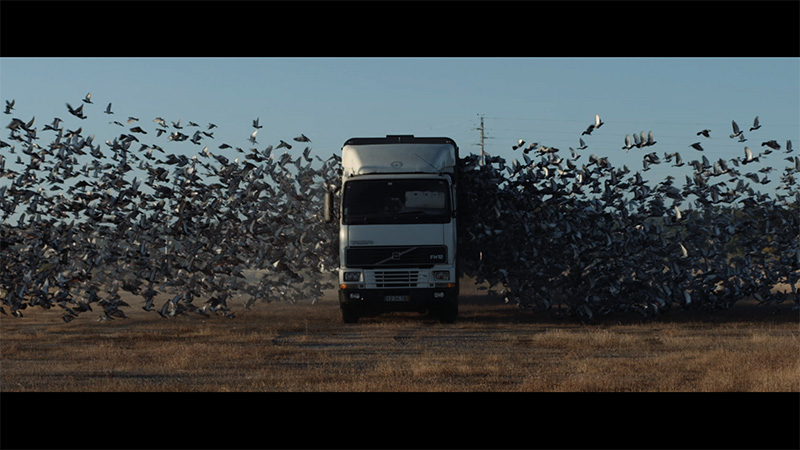 In her exploration of locations worldwide, she created Eldorado XXI (2016), a 56-minute excerpt of which will be screened in Berlin. For this film, she traveled more than 5,500 meters up into the Peruvian Andes to La Rinconada y Cerro Lunar—a mining community that is the highest settlement in the world. We watch miners traverse the face of the cliff, up and down to their place of work, overlaid with obscure audio. Through a series of interviews, radio broadcasts and conversations, we learn about the circumstances—real and mythical—that drive men and women to continue mining for gold despite life-threatening risks.

Coup de Grâce and Ubi Sunt (both 2017) will also be included in the upcoming program. The former chronicles a father and daughter as they spend 24 hours together. At times they are intimate but at other points they remain distanced, reflecting the struggles of familial relationships to which we can all relate. The latter film takes place in Porto and conveys an expansive array of images and narratives that explore both the geographical and social margins of the city. Interviews with teenagers in a youth detention facility, for example, are intermixed with lively dance performances.

Through these films, and her practice at large, Samas not only provides access to new places and people but also new perspectives: she uses documentary footage to create unusual tableaus, simultaneously alluding to both fact and fiction.