An untraditional orchestra—wielding instruments ranging from wine glasses and Mongolian violins to classical cellos—harmonized into a tension-building piece at Munich’s City Hall last week. The orchestra, comprised of local street musicians, was performing Staatsorchester (state orchestra), a piece composed by artist Ari Benjamin Meyers for the finale of Public Art Munich 2018 (PAM) festival. Although the performance contained traditional orchestral elements like a professional conductor, it also alluded to socio-political notions of unification, acceptance and experimentation. 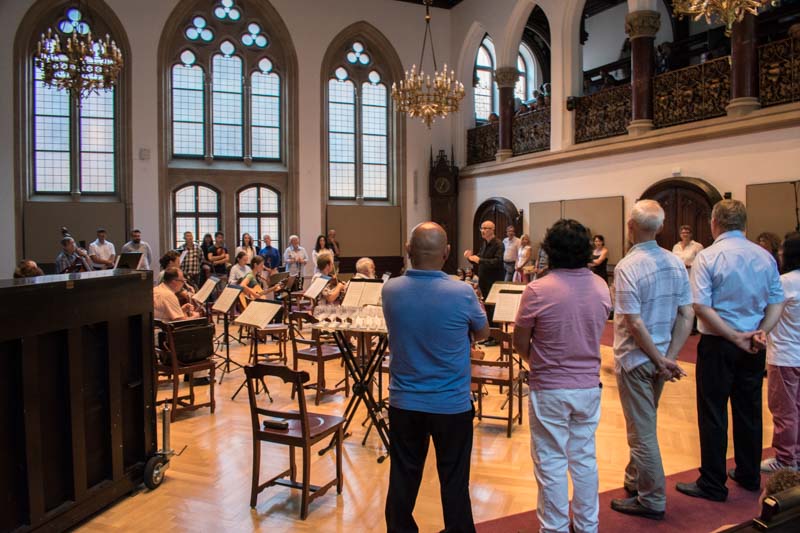 “With this piece, you’re hearing so many things that are beyond the music,” Meyers said when we met him in Munich. “These people are the city, and other citizens need to be reminded of that unfortunately. You kick them out, you have no city. Seeing them all together gave [the piece] a certain power.” 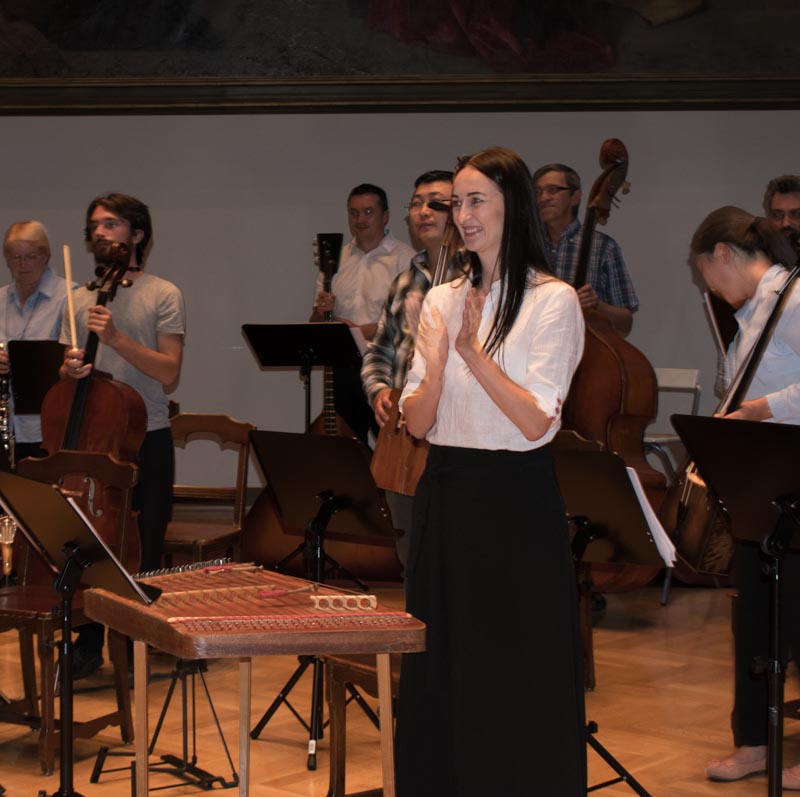 Meyers’ placement of often unnoticed artists into a traditional, classical setting broke down the boundaries typically imposed by societal class structures, driving the message further than the piece’s audibility. He shares that “Staatsorchester is a lesson for me and in a sense anybody who sees the piece,” when explaining how it aimed to change negative perspectives about street musicians, their talent and what they mean to a city.

Furthermore, Meyers’ choice location of City Hall was nearly as important as the performers themselves: street musicians must audition to be put in Munich’s databank and then line up every morning to receive a license, almost fighting for the best spots and times to play for their income. 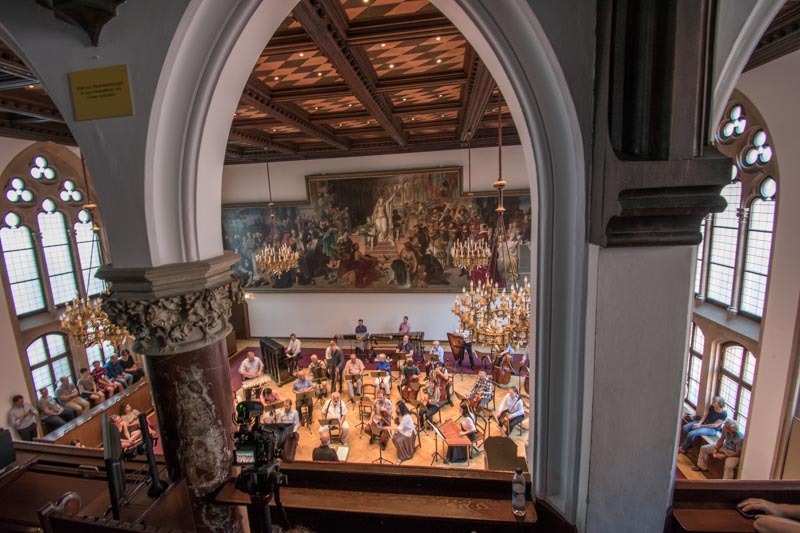 Over the course of eight months, Meyers, with the help of PAM, gathered local buskers, many of whom had migrated to Munich from around the world including Peru, Mongolia, Russia and Ukraine. Last month, the 30 performers spent eight days rehearsing with conductor Nicholas Kok and Meyers. 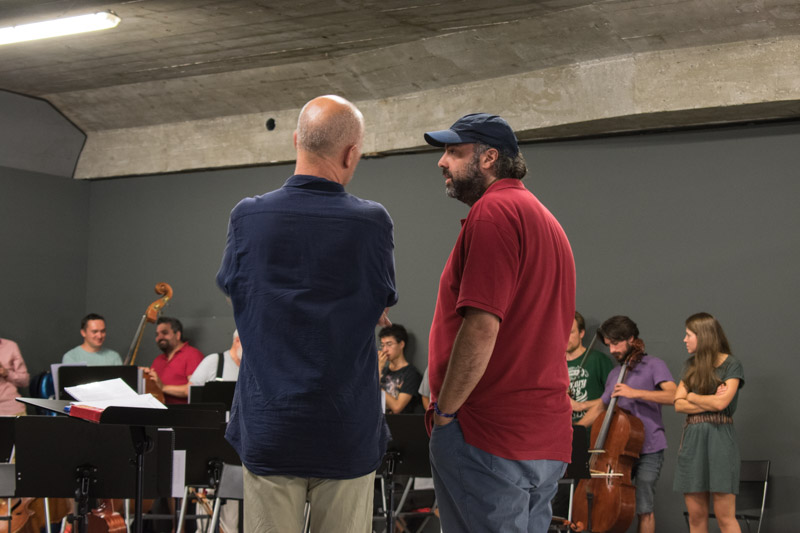 In line with PAM 2018’s theme of ‘Game Changer,’ which aimed to shed light on the social evolution and diversity in Munich through public art, the final performance challenged the relationship between the establishment and street life, the professional and amateur.

Towards the end of the 15-minute orchestral component of the performance, the musicians trickled off stage and lined up around the circumference of the room, almost face-to-face with the audience, until only one cello player was left in the center. Following a round of applause, the musicians then moved, per Meyers’ instruction, to the balcony overlooking Marienplatz and played their favorite individual compositions, offering something different than the usual dancing marionettes for the gawking crowds below. This loop of orchestral and solo performances went on for about 2 hours and was followed by a reception in the Rathaus. In a subversion of their traditional roles, Meyers often reminded them throughout rehearsal, “You don’t have to please anybody. It’s for you.” 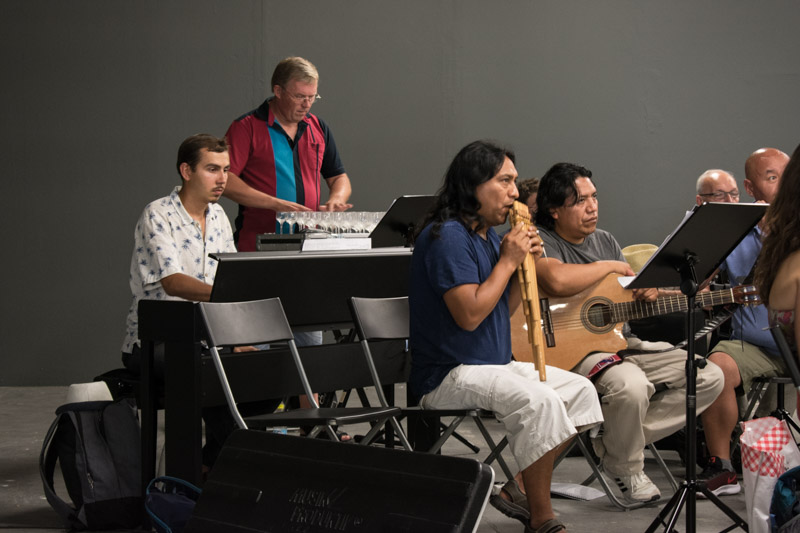 Meyers’ final production left the audience in a standing ovation for a group of people they might have indifferently walked by the day before. Staatsorchester, much like all of his work, created a social and situational musical setting in which sound was only at the surface. The performers were smiling ear to ear, celebrating, embracing and toasting each other at the following reception, even improvising a performance that had the curators and audience singing and dancing along. 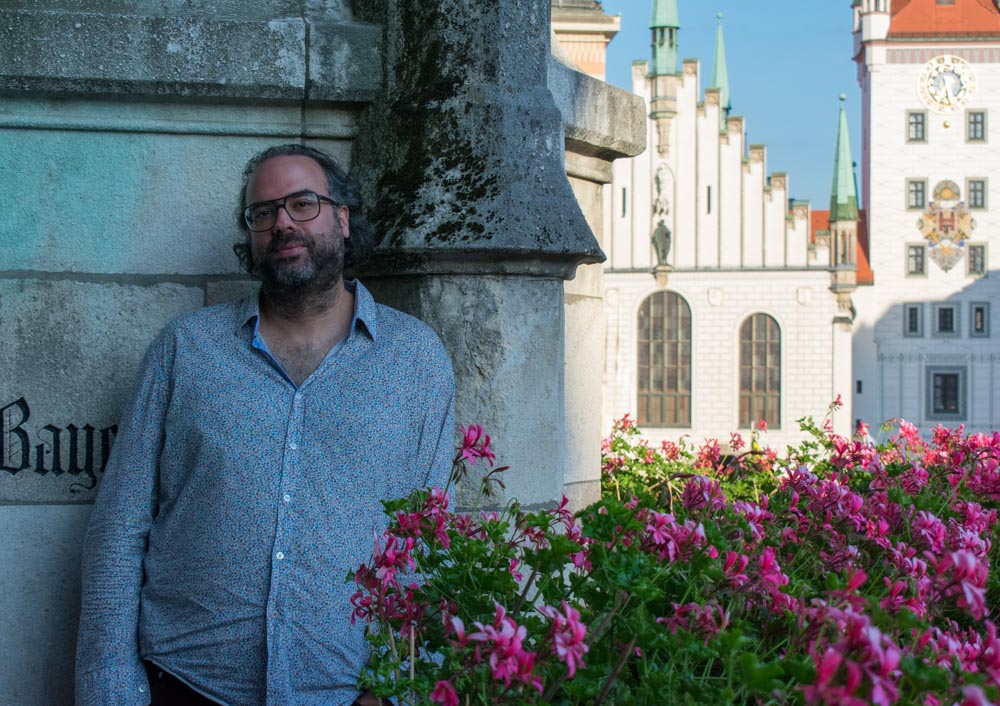