Brody Condon’s work seeps into your soul. Using psychological and physical apparatuses the Berlin-based artist moulds the viewer into the work, and the work into the viewer. Repurposing gaming mechanics, pop culture and therapeutic strategies, Condon takes his audiences on a narrative cycle that unfolds via performative situations, sculpture, video and, most importantly, through the onlooker’s mind. His work mediates between a position of authenticity and play, the process of which is often reflected upon and then skewed; reality becomes nothing but a blur and the work lives on through immersion and experience rather than materiality.

BAL contributor Penny Rafferty spoke to Condon, who received his MFA from the University of Southern California, San Diego and has exhibited around the world, about a hacker’s sentiment, the gamification of participation and his role as the invisible director. 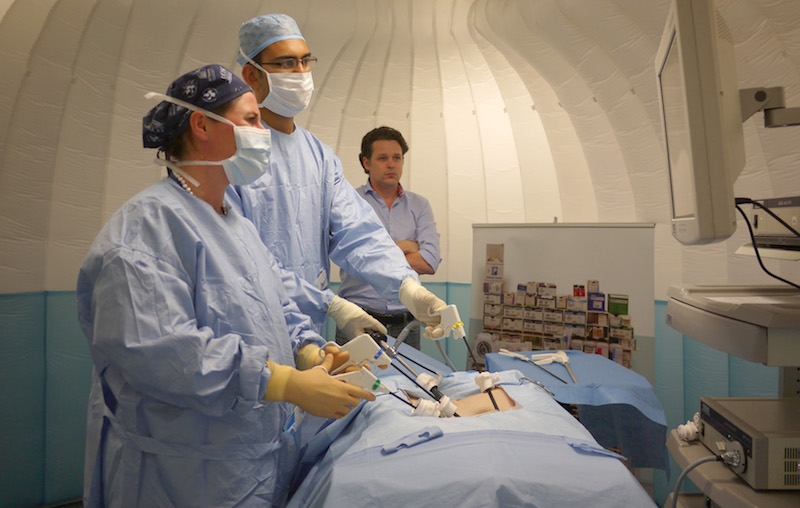 Penny Rafferty: You seem to work with an optimistic hacker-like sentiment in the art world. Is it fair to say that you are more interested in participation as mediation between the viewer and object, rather than displaying materials to the viewer?

Brody Condon: If you mean working with a software modification logic, then yes. After a period modifying real time 3D engines, I applied this logic to practices that deploy performative engines like Live Action Role Playing (LARP) or therapeutic group encounters. The participants are often inside these temporary worlds, awkwardly speaking with or becoming certain sculptural objects. The live streams and video documents function almost like qualitative research material. 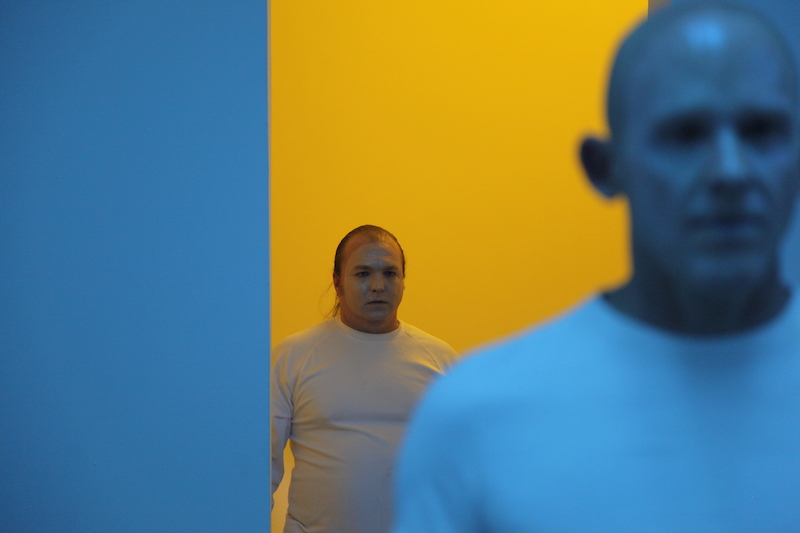 PR: You’re known as the artist who “spends time with the LARPers.” What has this taught you about artistic participation?

BC: Am I that guy? [laughs] Live interaction design is discipline agnostic, so I bring these people onto projects for assistance with run-time or game mechanics. They approach immersive events as a co-creative services that, if well designed, offer a specific spectrum of experiences. I learned from them to observe, formalize and then recreate experiential aesthetics. Cult leaders and somatic practitioners, of course, know all this already. What’s novel today is the use of game design strategy.

PR: Can you go into these strategies of cults and somatic practitioners a bit more?

BC: It’s about how things feel, not how they look. The tools of human behavior manipulation inspired by systems thinking are Legion, and with live interaction design it gets even murkier. Strategies range from branching narrative trees, challenge and reward loops, and managing cognitive dissonance, to specific meta-techniques which allow communication between players without breaking character. It depends on the understanding of your players’ motivations and the world you want to build. 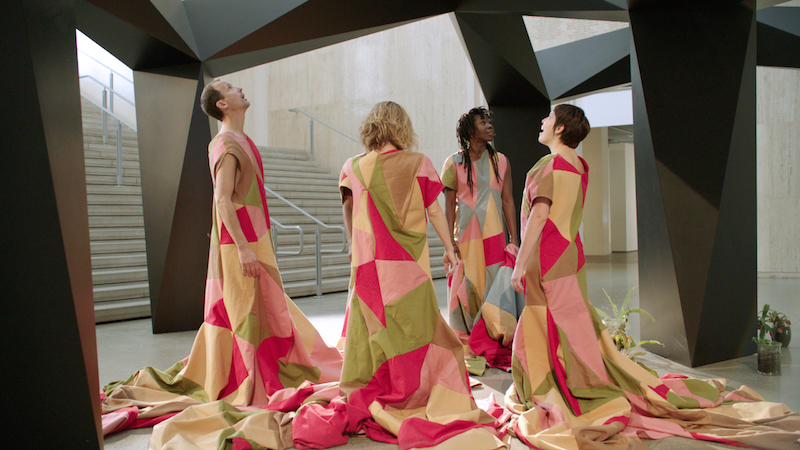 PR: As I understand though, LARP is not the only group/community you have worked with closely to inform your unique practice via ideology and method.

BC: Yes, some of my past projects have included polygonal neolithic ceramics, aided by experimental archeologists, and have led to creative dissections with donated cadavers, death matches with medieval warriors, and gestalt therapy sessions with a shaman and a tightrope performer. I have found myself re-staging physics experiments from the 1700s with science historians and facilitating group encounter sessions set in the future with an artificial intelligence and trained therapists. I have also translated interview transcripts with Scottish senior citizens into binary code, and organized cyberpunk readings with recovering addicts.

PR: Your practice jumps around so often. I don’t want to label it as cultural appropriation because I don’t believe it is, but I’m wondering does if this term ever comes up and how you deal with or think about it?

BC: It’s an important question, especially since so many LARPs have glaring problems with this. If we don’t have a pre-existing relationship or mutually beneficial alignment, participants simply don’t work with me. I try to create co-creative enterprises, not out-of-context copies of material from oppressed groups. Also our discussions about power relations are embedded in the final videos, so they have a voice. And you can’t hustle addicts or shamans. 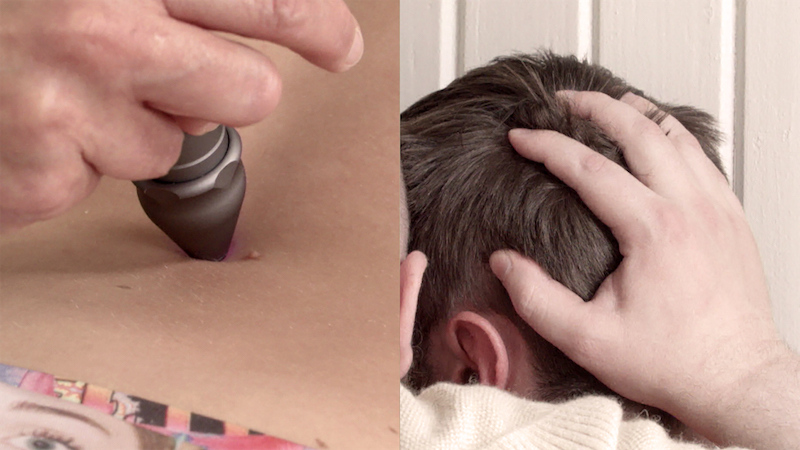 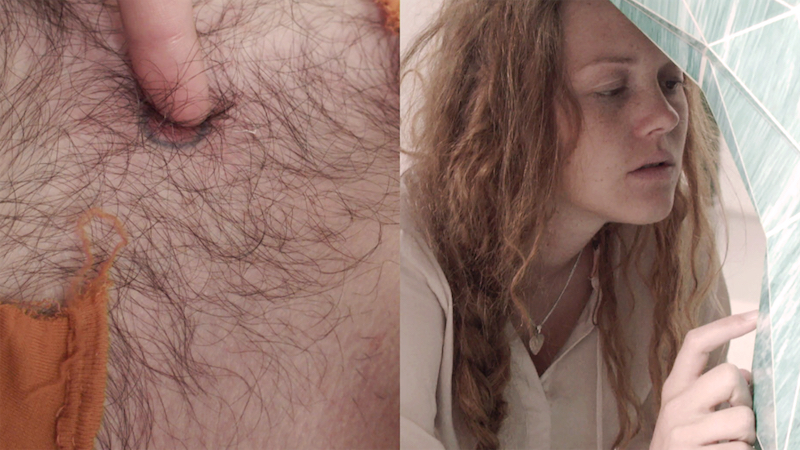 PR: As this month BAL is focusing on invisibility, I thought it apt to interview you as the director, mediator, facilitator. I sense that to be a good Game Master one has to be almost invisible, unlike the Artist, who seems to be pressured into high-definition visibility now more than ever. How would you respond to this notion of the invisible producer?

BC: The best, and most diabolical, interaction design is invisible. If you look closely, I’m usually in the periphery facilitating, lurking, embodied by a sculptural AI, or just cleaning—like a creepy janitor or a nervous party host doing the dishes. In early performances, I would unconsciously intervene mid-performance and obsessively move things or clean. So I integrated this, along with my other socially awkward roles like the dungeon master, into the later work.

PR: [laughs] But the dungeon master also has a gestalt therapist toolkit right? What does that look like?

BC: Gestalt therapy, a performative offshoot of gestalt psychology which has its roots in Berlin, was one tool among many of the human potential movement. The participant is constantly becoming, or speaking and emoting as if they are inanimate objects, elements from dreams, other people, or formal properties, like a particular color or shape. I don’t use it for its original purpose. When facilitating, I combine it with modified techniques from other processes like rebirthing or bioenergetics to create a performative engine that randomly spits out psychologically charged language and movement. 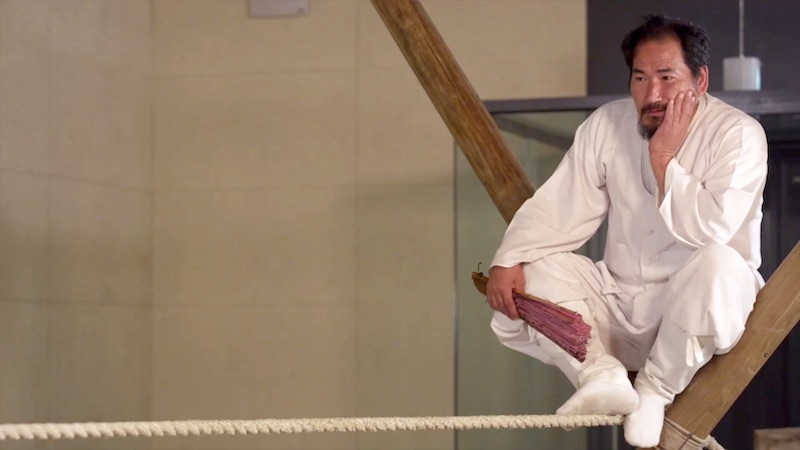 PR: Am I right in thinking you’re moving further away from traditional LARP with these ideas?

BC: Although I have made several LARPs over the last 10 years, the last run was an older work, Level Five, for the 2016 Berlin Biennale. That was simultaneously a love letter to the LARPers, an inoculation against magical voluntarism and an experiential essay on role play identity slippage known as “bleed.” These days I focus more on the processes that underlie our behavior by spending time with researchers and modifying experiments.

PR: Considering the context of becoming invisible, what’s the potential for the slippage called “bleed”?

BR: Bleed is when character experiences have emotional or real-world consequences for the player. Once the LARP community began to produce more conceptually complex events, they understood these consequences were often unavoidable and began to design for specific levels of bleed. As for its potential, when the repressed among us take on an alibi or mask, we are more likely to explore spectra of experience we would otherwise avoid.