Since its founding 24 years ago, Rohkunstbau has brought contemporary art to the surrounding—often remote—areas of Berlin, each year recognizing several unique bodies of work by international contemporary artists. In its latest iteration, entitled ‘Achtung – Mind the Gap,’ works from nine artists and one duo are presented. Building upon the themes of last year’s exhibition ‘Die Schönheit im Anderen – The Beauty of Difference,’ which celebrated diversity and notions of difference, both creative and human, this year’s exhibition addresses the “gaps” throughout contemporary Europe. It tackles themes of social and political division, responding to the resulting anxieties and feelings of foreboding and imminent danger, which for many have become commonplace. 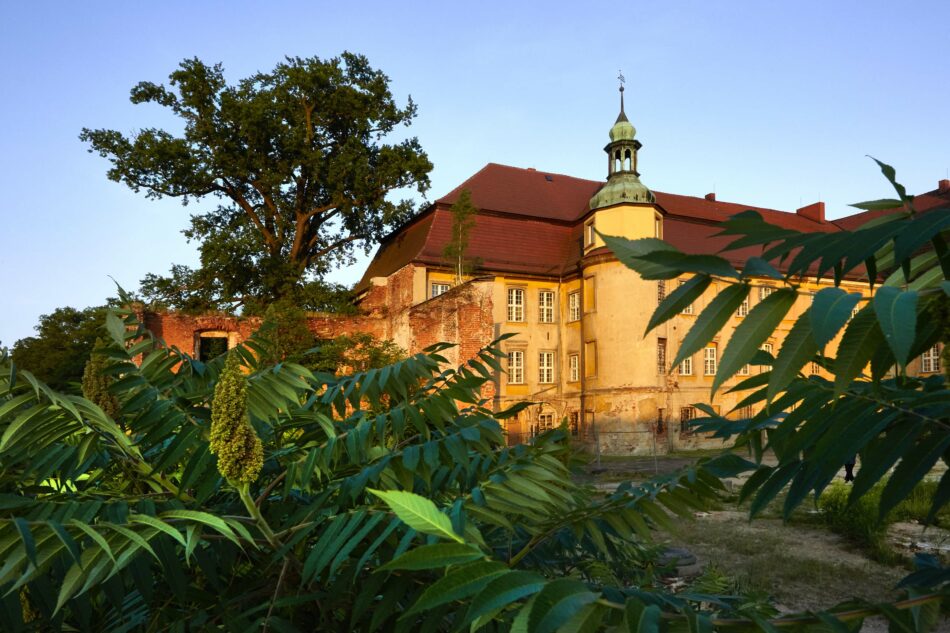 Curated by Mark Gisbourne, the exhibition is presented at Schloss Lieberose in the Brandenburg district of Dahme-Spreewald, providing stunning backdrops and individual rooms to site-specific bodies of works by international artists including Laura Bruce, Martin Dammann, Magdalena Jetelová, Christopher Winter, Zofia Kulik and Holly Hendry, among others. From Berlin it takes about an hour and a half to get to Liberose, the small village home to little else other than the centuries-old castle. 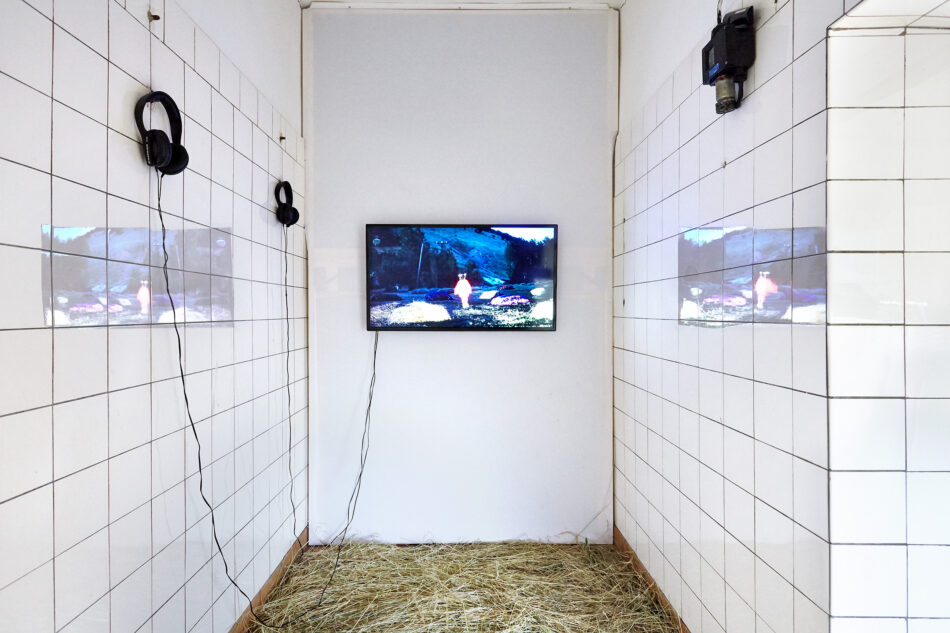 Though there are several standouts, perhaps none are as compelling as Wolf and Lamb (2011), a simple video work by Turkish-Kurdish artist Nilbar Güres. The video sees a young boy wearing a wolf mask chasing a young girl who wears a lamb mask in a looped and seemingly never-ending game. Güres plays with gender conventions and their limitations, and perhaps to a greater extent, alludes to the absurdity and unending nature of war and conflict. 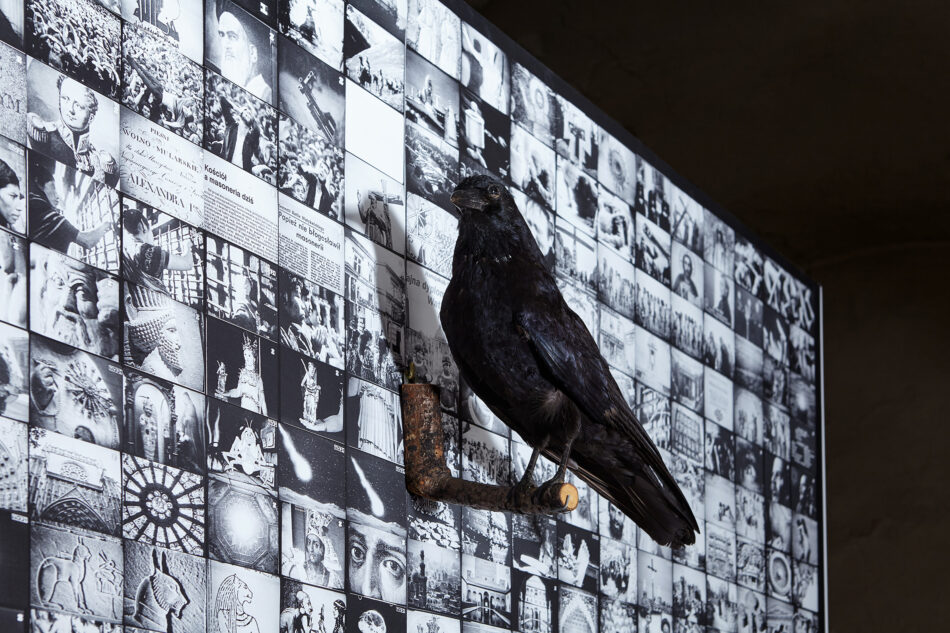 Elsewhere, Polish artist Zofia Kulik presents From Hansen to Lichen (1998/2018), part of the series ‘From Siberia to Cyberia, a photographic mosaic of hundreds of black-and-white images that are, in fact, television screenshots. The work comprises images from her personal archive accumulated over the last 40 years. When confronted with this installation the viewer cannot decided where to look, experiencing the type of wallpaper as a complete mass rather than individual images, mimicking the way our endless news cycle and image-based visual culture similarly drown out events, news stories and tragedies. In what can be seen as a commentary on our desensitization to violence and tragedy, here Kulik asks us to consider how our worldview in this image-based culture is influenced by our passive consumption of media and the seemingly endless news flow.

So although many Berliners hear the word Achtung (“danger”) on a daily basis in the form of a familiar public transportation service announcement, warning about the gap between train and platform, in the context of the exhibition it is issued for a greater divide—one in which an array of current socio-political themes can be discussed. 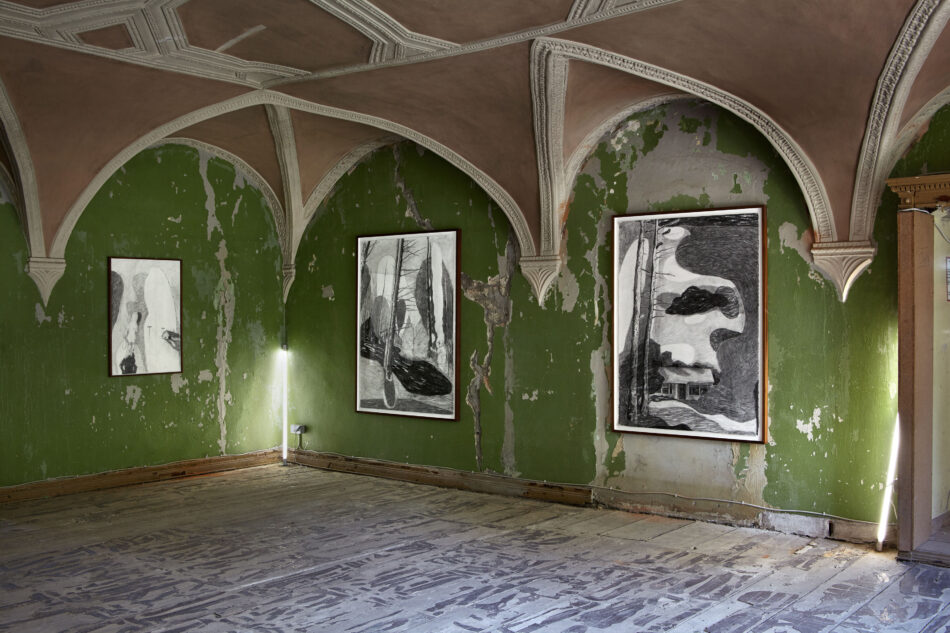