Artist and musician Nik Nowak has always used a variety of media to present and examine the different effects of sound in cultural settings, and later this week, his film No Silence for the Great Leader (2017/18) will become one of the last to be screened in the IBB Video Space at Berlinische Galerie. 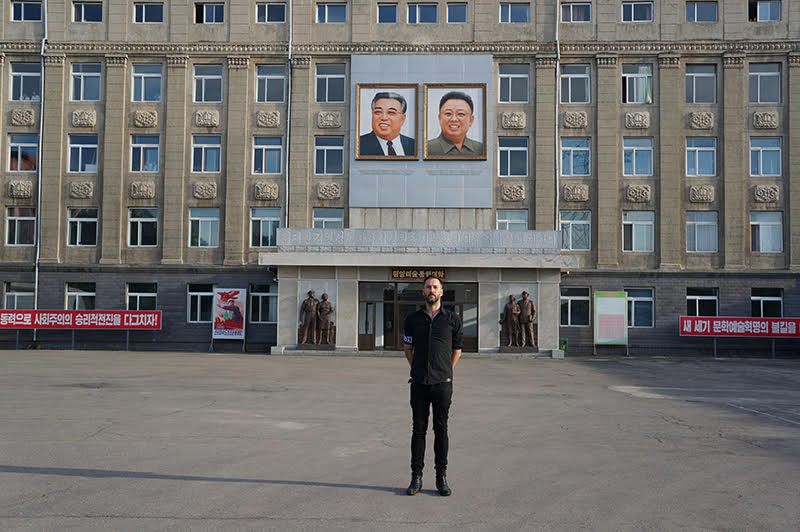 Nik Nowak in front of the University of Arts, Pjönjang // Courtesy Nik Nowak

In August 2017, Nowak joined a delegation of creatives in North Korea with the intention of creating an exchange between artists through planned projects and workshops. He also originally wanted to use the sound systems along the border of North and South Korea to create an “active silence” by having sound waves cancel each other out through inverted phases by switching the poles of the alternating current source. 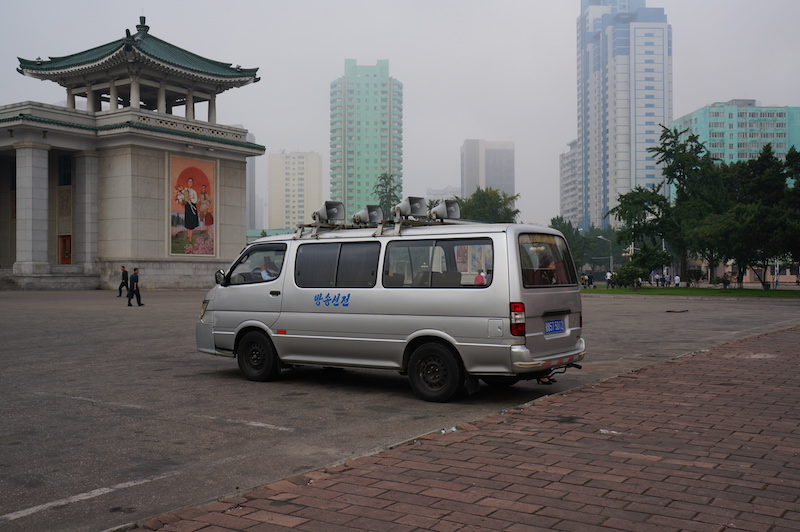 This project, tentatively titled Symphony of Silence, however, had to be abandoned due to the authorities’ prohibition of his use of military equipment and propaganda loudspeakers. In spite of this roadblock, the trip began to serve a different purpose when he presented an acoustic collage of digitally processed sounds normally imperceptible to the human ear. His experience in North Korea—from the cancelation of Symphony of Silence to the activation of the newly conceived public project—then wielded No Silence for the Great Leader.

As exemplified in No Silence for the Great Leader, as well as the original plan for Symphony of Silence, Nowak is interested in the multidimensional role of sound systems and has gained attention for his experimentation with objects. Nowak’s experiences and collaborations in North Korea, along with his well-known use of varying mediums, put him on the radar for the IBB Video Space, which throughout its year-long program, has proven to focus on talented moving-image artists who have strong and courageous visions.