Art historians have long drawn upon the rich symbolism and allegorical potential of food in art. From Cézanne’s Still Life with Onions and a Bottle to Jana Sterbak’s Vanitas, Flesh Dress for An Albino Anorecticthe, depictions of food offer compelling insights into the particular attitudes and politics of a period. For Daniel Fernández Pascual and Alon Schwabe, food is not simply a metaphor but a way of organising the world. The London-based spatial practitioners make up Cooking Sections.

The duo’s research-based practice “explores the overlapping boundaries between visual arts, architecture and geopolitics.” Their long-term research project CLIMAVORE envisions a new seasonal model that considers man-induced climatic events and landscape alterations. Their projects have taken them from Kivalina in Alaska to the island community of Pantelleria in Sicily. Around the globe, they have developed deeply collaborative works that engage producers, consumers, scientists and food specialists. We spoke to Cooking Sections about the connections between food, water and language, and how we might eat as our climate changes. 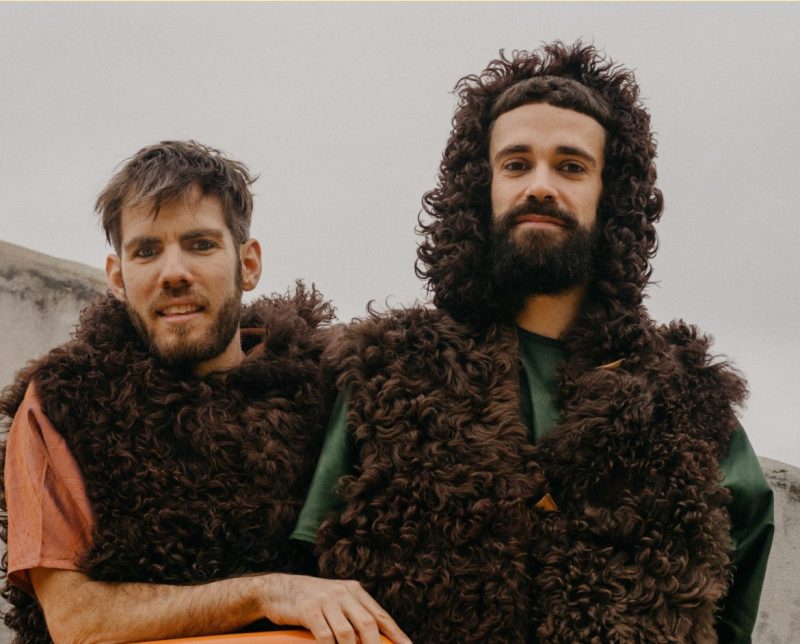 Isabelle Hore-Thorburn: You began working together on a project in Kivalina, Alaska, where communities were becoming dispossessed due to melting permafrost. Can you talk about how food became an operative tool in that project and how you have gone on to use this framework?

Cooking Sections: We were part of a larger group who had been invited to Alaska by Re-locate Kivalina. We were a group of five from the Centre for Research Architecture at Goldsmiths but it was the aspect of food that became most interesting for the two of us. We became interested in how food could be used as a tool to read the transformations of the landscape. In that specific project we were using it to work with the community to understand patterns of hunting and fishing, which were some of the ways people in the community interact with the environment. From there we began to think about how that could be used as a tool to understand other landscapes and other situations. That was the beginning of Cooking Sections. 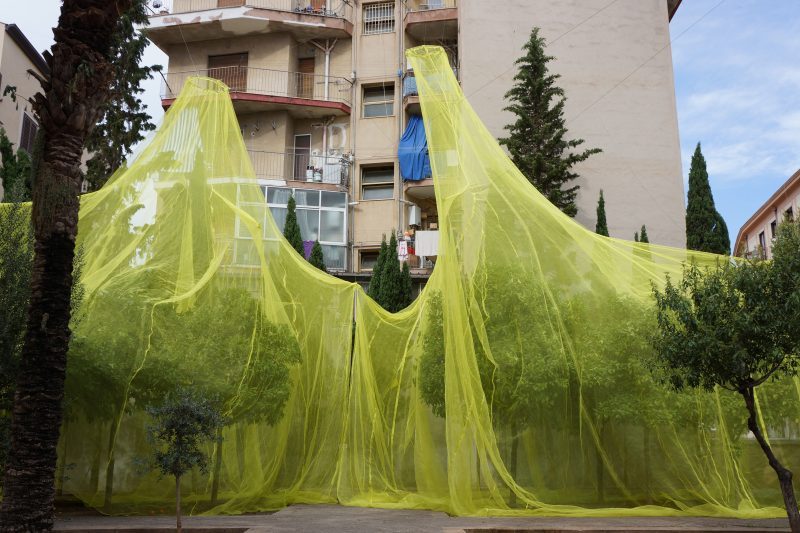 Cooking Sections: ‘What is Above is What is Below’ 2018 //Courtesy of the artists and Manifesta 12

Isabelle Hore-Thorburn: More recently you had a work at Manifesta 12 in Palermo, which asked: what would it mean to water without water as a form of emancipation from weather? Why did you choose to ask that question in Palermo?

Cooking Sections: Sicily is one of the main agricultural engines in Europe. We started looking into the history of water and irrigation in the islands; it has a rich and complex history of making the land fertile that goes back thousands of years. The question of water has always been linked to politics and forms of extortion and control. In the 19th Century the mafia started controlling irrigation in order to control people. Today, you have these greenhouses that have their own peculiar economy. They also facilitate modern day slavery; meaning human trafficking, specifically the sexual exploitation of Romanian women working in the greenhouses.

We went back through historical examples in Sicily, where they had developed ways of dealing with water and water scarcity. We came across a very small island off the coast of Sicily called Pantelleria. Irrigation could not be introduced because of the geology of the island. Instead, they develop so-called “giardino pantesco”, which consist of a circular drywall surrounding a single citrus tree. This was the most precious commodity in the 19th Century because you needed vitamin C to avoid scurvy. The citrus trees needed water, either from the air or from the ground, but the island is very arid. They created these gardens to create a microclimate. These traditional structures are beautiful and the idea of a garden with a single tree that people used all of their savings to attain was incredibly evocative for us.

We created three microclimates that are monitored over the course of Manifesta, to observer how the microclimate influences the performance of the trees. At the same time, we worked with restaurants in Palermo to serve “Secco al Sacco”, which is a drought-resistant picnic. People can take these picnics from any of these restaurants and go and sit under the citrus tree and feel the different climatic environments for themselves. 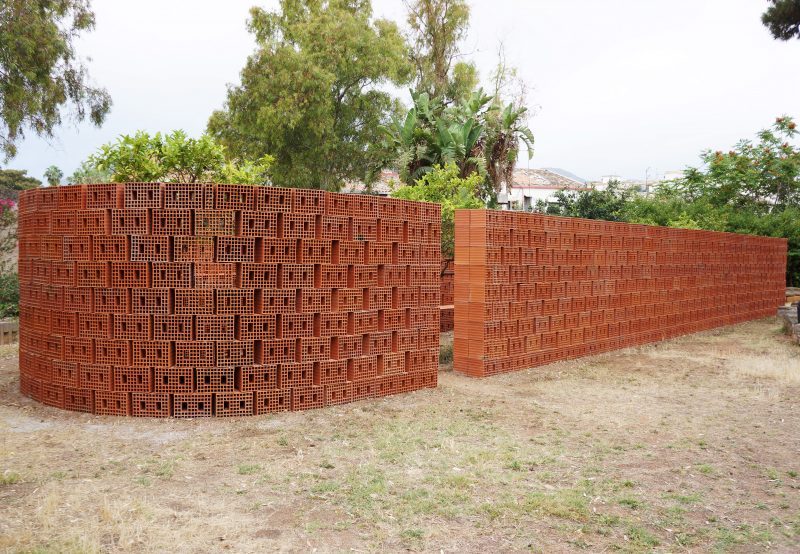 Cooking Sections: ‘What Is Above Is What is Below’ // Courtesy of the artists and Manifesta 12

Isabelle Hore-Thorburn: This wasn’t the first time you had worked with restaurants?

Cooking Sections: It’s a very important aspect of our collaboration, in order to deal with the cultural challenges of aquaculture and agriculture. We want to rethink our relationship to the landscape and ingredients, not just from a farming perspective, but also the cultural perception. In that sense, the collaboration with restaurants has been very important. But the same is true of our collaborations with scientists. Going back to the “performance of the trees”: in that case we collaborated with agronomists from the University of Palermo who helped us to create devices positioned inside the trees, and inside and outside the structures, throughout the six months of Manifesta, to see how they are “performing.”

When working with restaurants, it is relevant for us to use existing economic and cultural infrastructure as a way to have another interaction with the work. There are a lot of ingredients that have been developed over centuries in response to aridity. For example, “pomodoro siccagno” is a drought-resistant tomato that was cultivated in order to deal with the fact that, over the summer in Sicily, there’s not a lot of access to water. We worked with restaurants to serve this kind of “drought menu” that is based on Sicilian produce.

Climavore is not only about consumer activism but how we think about our diet as a form of infrastructure. We are questioning how we eat as climate changes, it has to work on land and in the water, wherever food is being produced or sourced from.

Isabelle Hore-Thorburn: You conducted a year-long research project in France. Can you talk about that process and the significance of language in Losing Cultures?

We started looking into the history of the protection of origin and quality and the colonial history of that equation in France. We became interested in how these protections of territory are now being challenged today by these new weather phenomena. We talked to a producer who said “we are producing cheese exactly like my great-grandmother, using the exact same method, the same cow, the same village.” We asked her whether they had experienced any change in the landscape and she said “well, of course; the grass is completely different, there is more drought, there is less rain.” We are not able to perceive that the environment is changing all around us, all the time. The project in France tries to create a new lexicon and a new language that allows us to start acknowledging and interacting with the changing environment.

Isabelle Hore-Thorburn: How do you begin to create a new lexicon?

Cooking Sections: Part of Losing Cultures involved a process with scientists from different fields to develop that vocabulary that drew from their own knowledge. We brought wine specialists, a cheese researcher and a historian, among others, together to discuss what that new language could be. We discussed whether we could shift the language around wine and challenge the images in our mind around flavour. Traditionally people describe wine using images like “wood” or “tobacco” or “gunpowder.” We wanted to see if we could shift that imagery to relate to how the landscape is changing. We thought about describing the wine like “this wine tastes like hot July” or “this cheese taste like a flowerless prairie.” We want to bring the seasons into the language of how we present cultures. 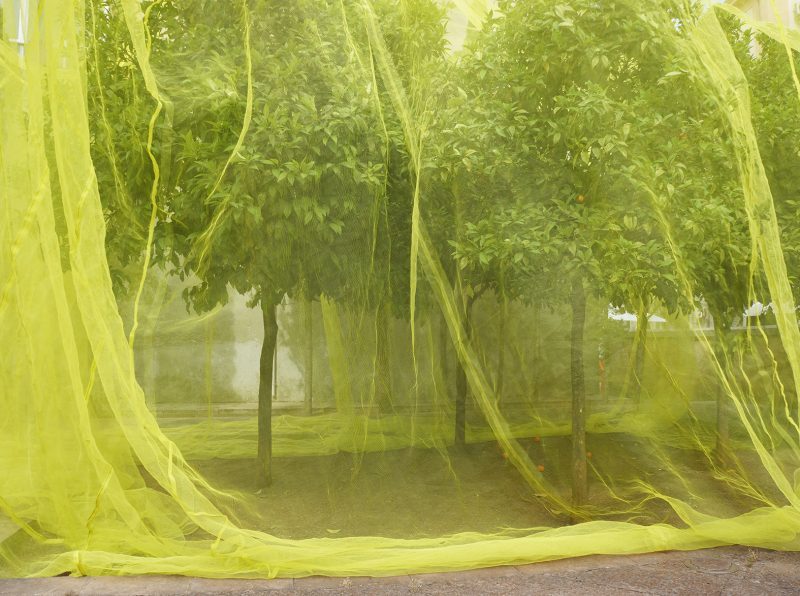 Cooking Sections: “What is Above is What is Below” // Courtesy of the artists and Manifesta 12

Isabelle Hore-Thorburn: When thinking about our consumption of food and our relationship to nature, we are still very wedded to the Eurocentric idea of seasons. How do you translate different cycles or timescales onto a plate?

Cooking Sections: It starts by challenging how in supermarkets you find so-called “summer fruits” all year, especially in privileged parts of Europe or North America. What were the new seasons that are happening? Summer, Winter, Autumn, Spring are becoming redundant for large parts of the world. The question is, then: “how do you live with the variability of those seasonalities?” We started thinking of a “season of drought” or a season of “polluted ocean” or a “season of acidification.”

Each project that we’ve done in Climavore follows a “season”. In the case of Sicily and Palermo, the menu was organised around drought, and in the Isle of Skye it was a polluted ocean. On the one hand, we were thinking about it as a conceptual framework, but we also want to think about how we might intervene. If next summer there was a drought, how would we work with producers to develop and market a “drought wine” to serve restaurants in Sicily? It’s about shifting our infrastructure and also our culture, according to these environmental challenges; instead of just saying “ok, we’ll continue to eat the same thing even though we’ll pay a bit more for avocados.” We are asking “how can we shift our practice or diet to a different one?” That’s why we have been working with this framework that looks at cultural heritage as having an expiration date. We need to become flexible enough to say: “we need to stop this food practice next year, if there is a drought, and maybe we need to start eating an invasive species for 15 years, until the ecology learns how to balance.”