Kewenig Gallery looks curiously out of place amongst the abandoned lots at the southern end of Berlin’s Museum Island. Built in 1688, it is Museum Island’s second oldest citizen house. Matisse’s Interieur in Etretat–currently on loan from the Berggruen Museum–seems similarly incoherent amongst the collection of works by Sean Scully (b. 1945, Dublin). The Irish-American’s striped abstractions might better suit a De Stijl painting as their point of departure.

In 1994, Scully told Ned Rifkin: “I think if you have Mondrian, if you have Matisse, Mondrian, Rothko, then you’ve got my work.” The influences of Mondrian and Rothko are front and centre. Yet as one makes their way through ‘Window,’ Matisse’s influence, and particularly his ‘Window Paintings’ can be seen vividly throughout Scully’s paintings from today, back to the late 80s. In a a catalogue essay from the beginning of this period, John Caldwell identifies Scully’s move away from the “asceticism of his earlier black paintings towards emotion, space, colour and physicality.” 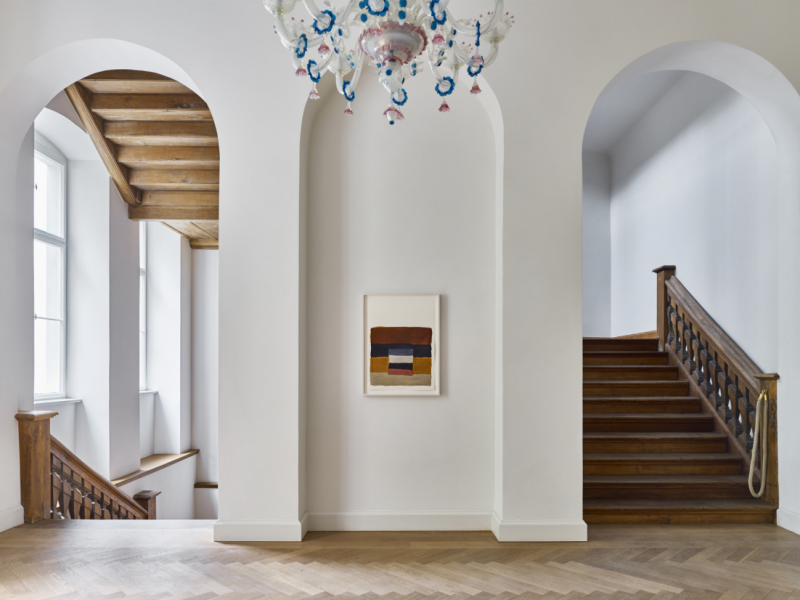 As the title of the exhibition intimates, ‘Window’ charts Scully’s interest in the idea of the window and how essential the examination of Matisse’s work was for his painting. The window as subject, perspective device and metaphor can be traced throughout the careers of both artists. Their evolving treatment of the subject reflects their changing sensibilities as painters.

Interieur in Etretat exemplifies the “image within an image” idea that resonated so much with Scully. Here, Matisse’s window opens from the bedroom of a sleeping individual, onto the harbour of Etretat. The interior and exterior worlds are unified by this architectural feature. It is not simply a technique to articulate an otherwise blank wall, or to introduce a focus of light, but a conduit between two physical and psychic spaces. In his watercolour Simi (1984), inspired by the architecture of the Greek island, Scully treats the window as theme of the painting, rather than motif of device.

While the window presents a conduit between interior and exterior, Scully is not looking for harmony between the two. In Figure in Blue (2003), one of his signature-striped paintings, Scully embeds a diptych within a larger striped abstraction. This ‘window’ of sorts is distinct from the larger painting and from the physical canvas, as if you could pop out the inset painting and exhibit it on its own. 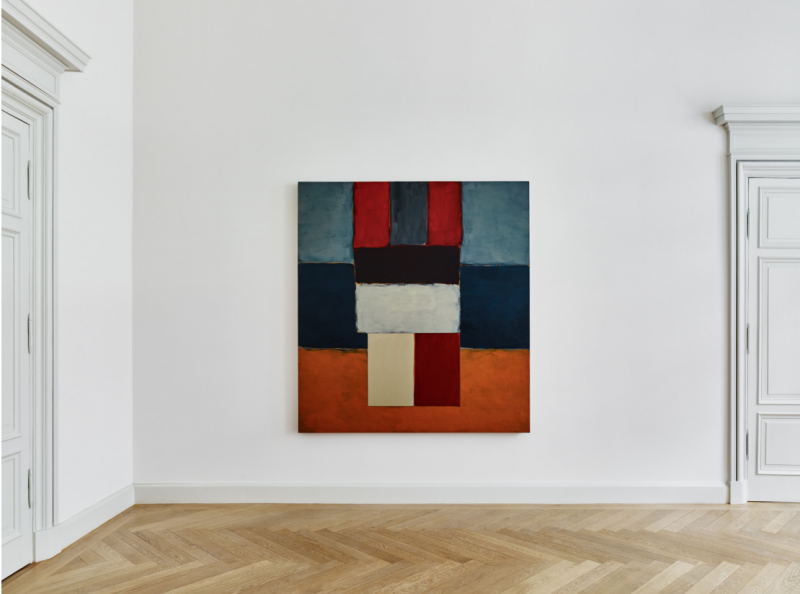 Scully recently told Brooklyn Rail: “I thought of these paintings with insets as being very metaphorical and I thought of the insets as being separate creatures. I sometimes made the body of the painting in one room and the inset in another room so that I wasn’t unconsciously looking for harmony. I was looking for a new kind of relationship.” This relationship is clearly articulated in his recent works, at once gestural and geometric, like the watercolour Window 5.18.18 (2018) and the pastel Window 5.12.18 (2018).

The immense Falling Wrong (1985), is arguably the most striking work of the exhibition, emblematic of his intensely sculptural form of painting. The work of oil on linen is comprised of interconnected three-dimensional panels. While the painting fits neatly into the curatorial theme, it also embodies a secondary theme that runs through the exhibition and the latter part of the artist’s career; the balance between emotion and freedom, and the emotive effects of those structures. The interlocking blocks are structurally sound but have fallen wrong. He is not interested in the power of certainty, instead, he says it is “the mystery of the uncertainty, of ambivalence, of things not being quite nailed down.” It is what he found so emotionally moving in Matisse and it is the thread of emotion and physicality that is most compelling about this body of work. 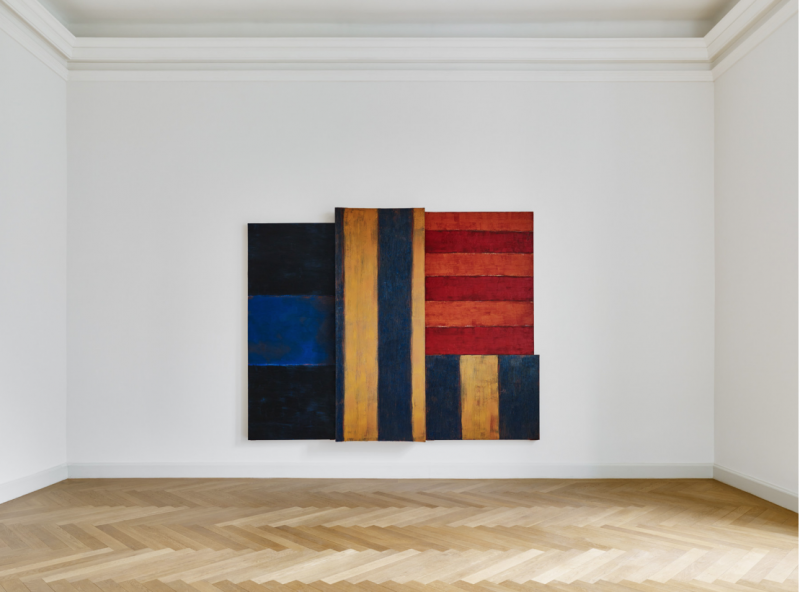